This one continues our work on the winner of the "Big Items For 8.0" poll. Specifically: more hacking! :)

This release actually only adds two new forms of hacking but I think many of you will really enjoy one or both:

1) Corrupting an AI bonus ship design to prevent that AI from building that type of ship for the rest of the game. (Farewell, AI-controlled Tackle Drone Launchers, you had a good run)

2) Copying an AI bonus ship design to let you build that type of ship (much as if you had unlocked it from an ARS).

Naturally there's a catch: first, for a given "backup server" you can only corrupt OR copy the design on it, and the hacking-progress costs of either are significant (particularly further hacks of the same type). 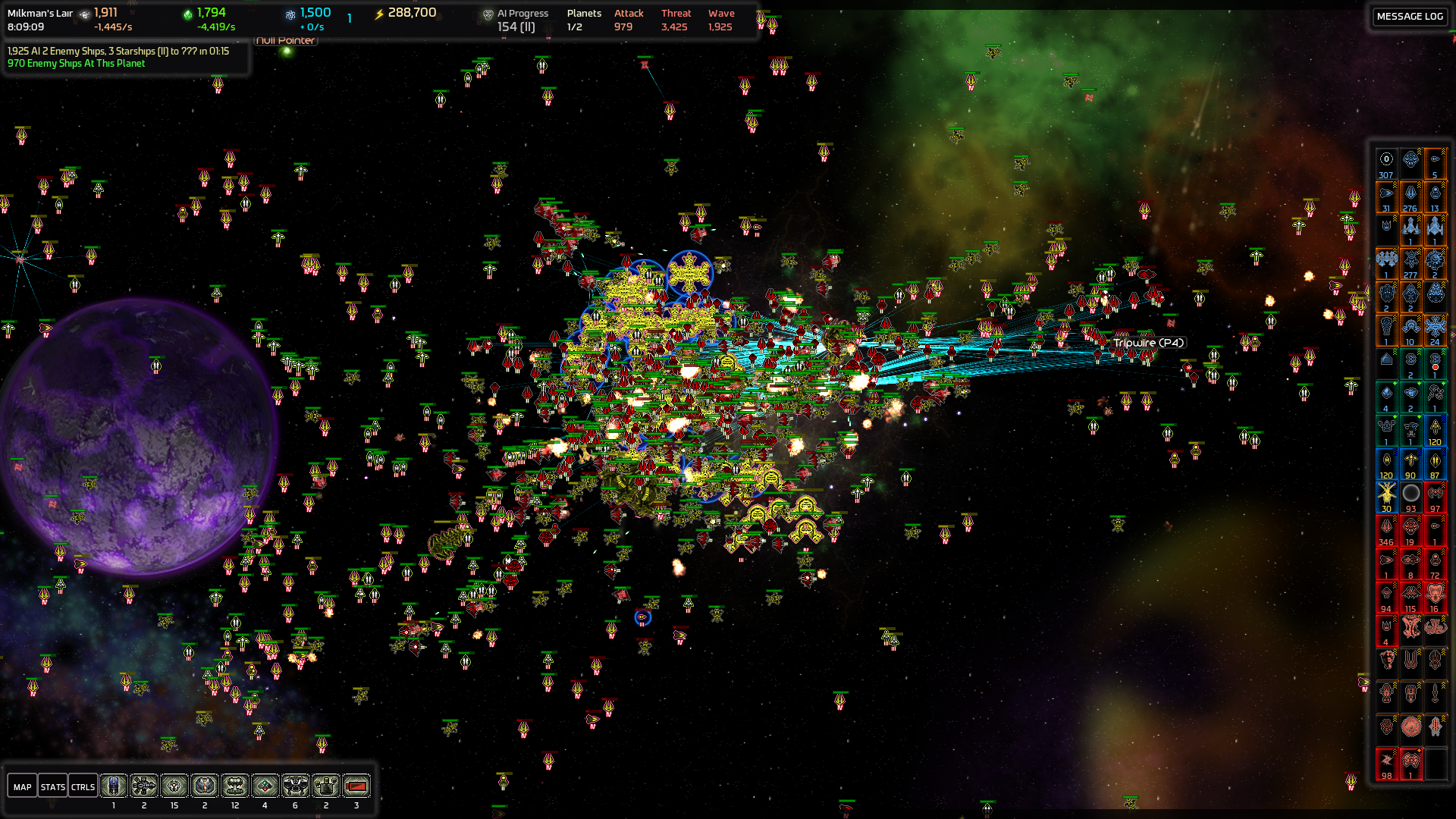 There are also some key changes to the hacking and hacking-response calculations in response to feedback since 7.002. Please keep it coming! I've got more planned hacking types and such, but where the feature as a whole goes is largely up to player feedback.

And we fixed a few bugs, and finally got around to answering some longstanding requests to modernize the Orbital Mass Driver's stats (I don't suggest getting shot at by that thing).

Update: 7.007 hotfix to fix a bug in the last version preventing knowledge gain. The AI wasn't counterhacking, though. Nope. No siree.