Well my friends, I think we can all agree that it's been a rough few months for the BFME modding community (or what's left of it).

A titan has fallen. That shining beacon of BFME mods, that project we all know, love, and adore - I am talking about Dagor Dagorath, of course - has been shut down. A terrible loss for our community, the nation, and the world as a whole. Who will we look to now that they're gone? AotR? It's just a bunch of pretty models made by arrogant pricks. Edain? Ew, they've got build plots. Battles of the Third Age? Yes, maybe. But that's not my point.

And then, on the other hand, we've got BFME Reforged stealing our shine, our relevance - eating our flimsy raisons d'etre like buffet broccoli 10 minutes before closing time. As has been pointed out to us by various people, BFME modders are wasting their (our) precious time modding the game they (we) love and should instead have already moved their (our) whole operation over to this new thing that's apparently going to be released at some point and is going to make them (us) all look like dumb-dumb primitives if they (we) don't.

So we have once again decided to make a decision so drastic it honestly beggars belief. I mean, seriously? A total 360° turn that will leave you shocked. Once more we rolled the dice, yanked at the ship's rudders, and read the dried up tea leaves off the floor as we writhed in ecstatic prophecy. Soon, Black Phillip spoke. 'Life is utterly meaningless’, he said. 'The universe is a cold, uncaring void. You will try and grasp and squirm for meaning where there is none to be found. There is no truth but death. Don’t fear the reaper. Live deliciously.'

And that was that. We knew what had to be done. So here it is:

Announcing The Lord of the Rings, The Battle for Middle-earth,The Age of the Silmarils: Reforged

In a world that is the same world as Middle-earth, but thousands of years in the past... people lived in an age they all called the First Age, or T1A for short. An age of monsters, gods, heroes, bad guys, incest, blood and guts, and a lot of tears. And the bad guy is Sauron's boss. Sauron's in it too, but he's just some emo wizard. There was a lot of war, mostly fought over 3 shiny rocks that were known colloquially as the Silmarils. 3 rings instead of 1. It's like a modern LotR remake, except it was written two-hundred years before Lord of the Rings, by the same guy! While working on Age of the Ring for the past 3 years, we were totally unaware of these stories even existing because we'd only ever watched the theatrical editions. Had we known sooner, we'd have done this from the start! All in all, it's pretty epic, but please don't make me read it a second time. 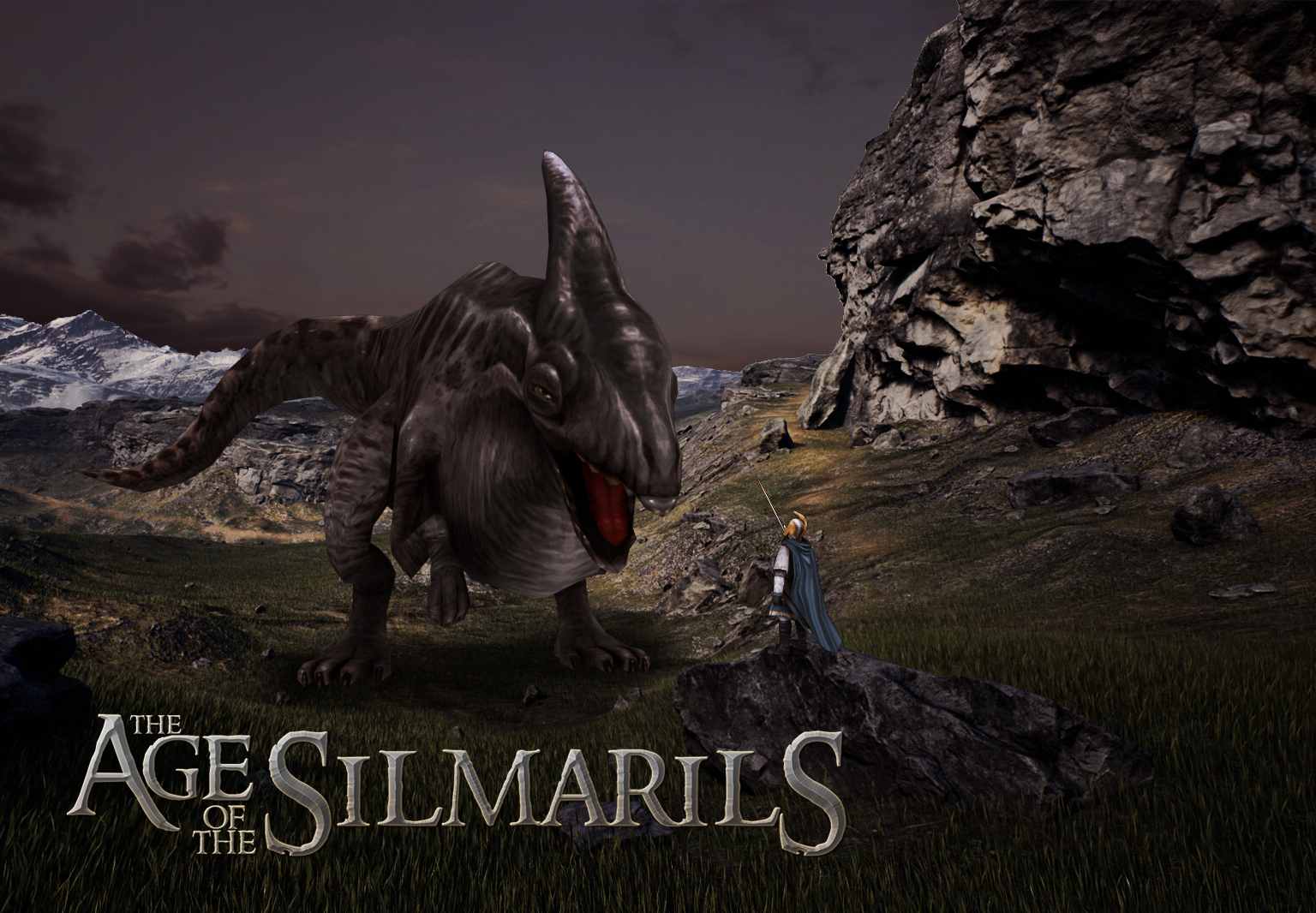 Turin staring down the fearsome Glaurung

We are remaking Age of the Ring on a modern engine (Unity), changing its setting to T1A, and changing our name to Age of the Silmarils! This will mean that Age of the Ring 5.0 is cancelled as we focus our efforts on making concept art for our new project. 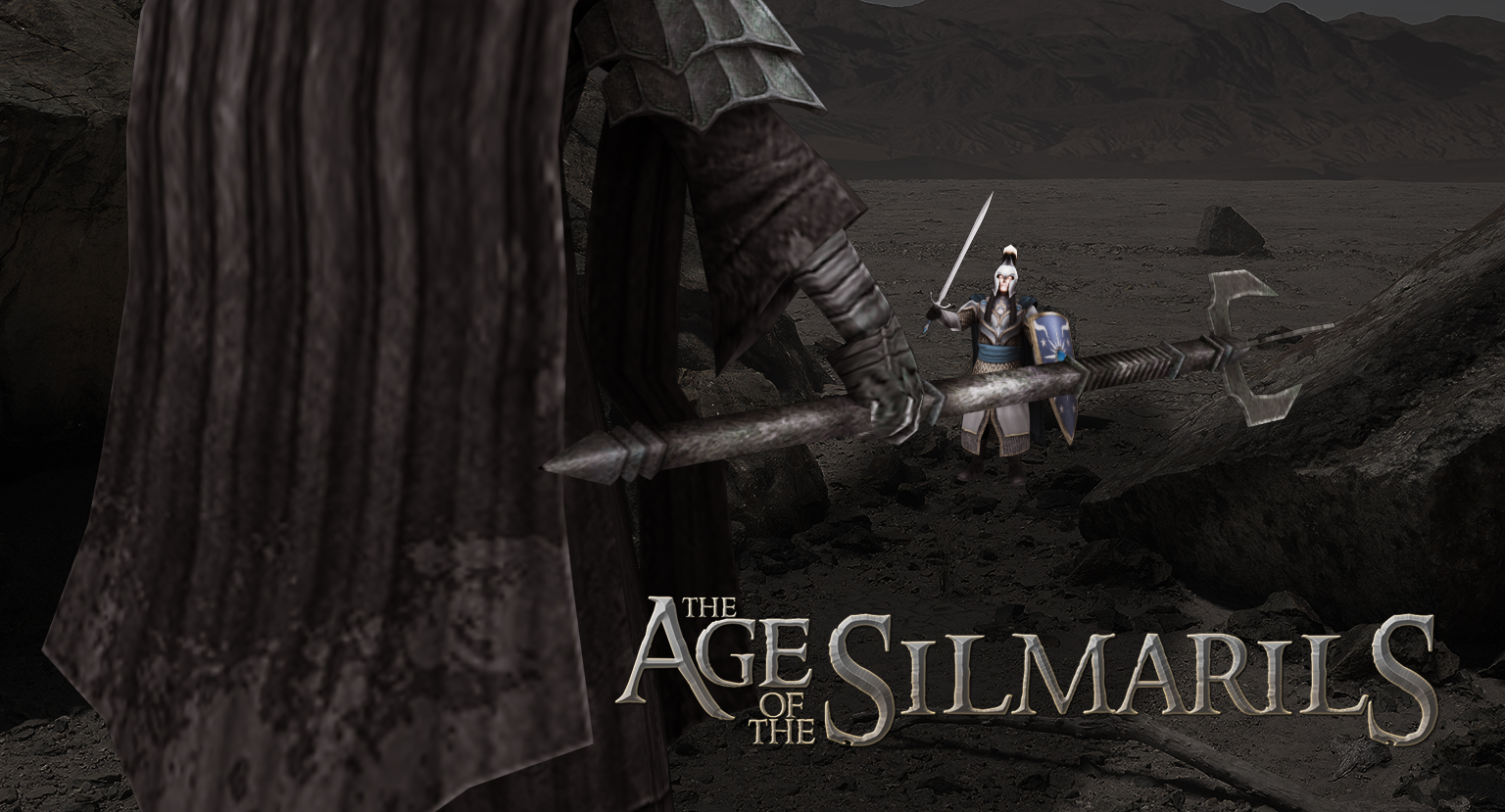 Fingolfin staring down the fearsome Morgoth

We hope you all understand that it’s going to take some time to develop this new project. None of us really know much about programming (can someone tell us what languages Unity accepts? Is that how that works? Engines accepting languages? We’ve no idea. Can you choose? C+++? Beep boop) and we’re not all that experienced at making high detail sculpts for our models. Also most of the team left, and I’m basically doing this by myself. John, please help me out. 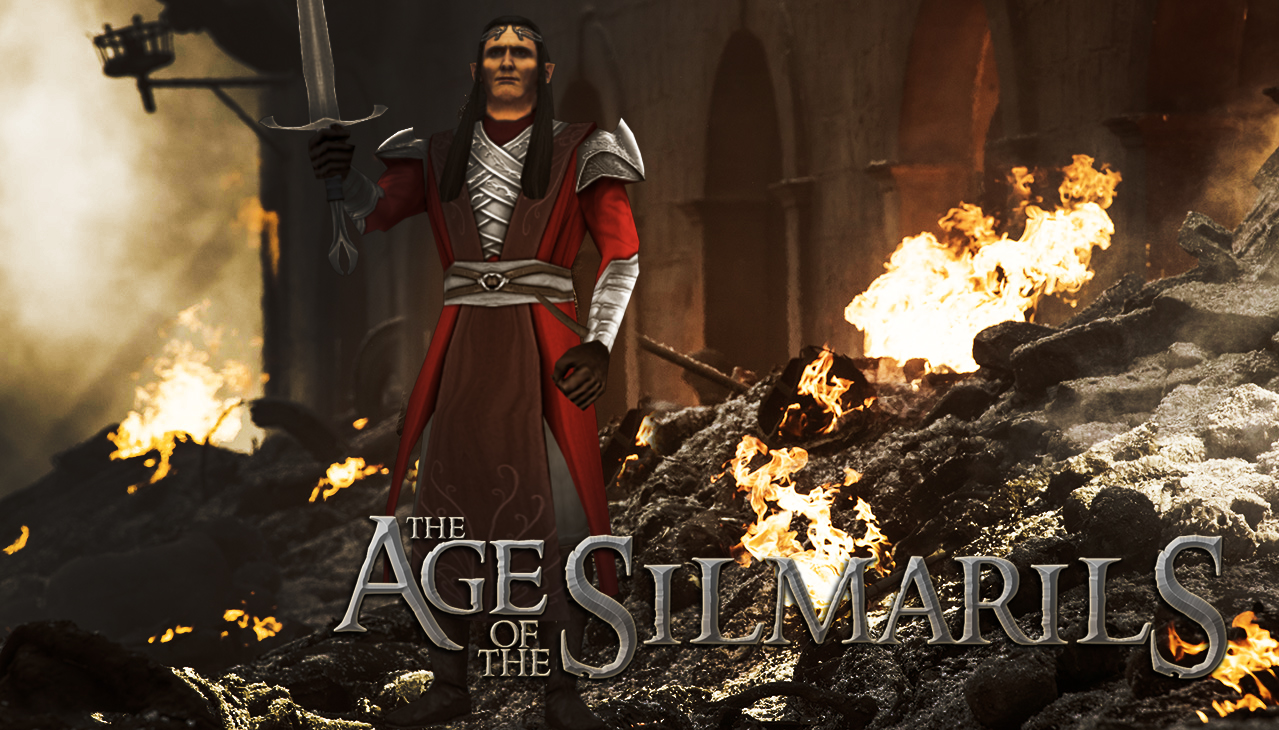 So, all things considered, at the earliest we think the first public alpha will be out in about 2 months. Surprise! 2 months! That's not even 3 months! What a great ending to this article.

Ok, article over. Stay safe everyone!

The Age of the Ring Team (looking for new members)

Let me get it straight coz I just woke up..
Are you going to create a super cool mod about 1 AGE in the classic bfme EA game engine ,coz this picture above me it pictures me like BFME reforged of UE4 ..
So are your Special Group of talented boys are going to coorporate with them for a 1 AGE mod or will be armies of ARNOR <3 AND NOLDOR <3 in our beloved old classic game engine of EA ?

As I said you are a group of veery talented guys that I m pretty much certain that your work will be have many refunds. As I imagine the sacrifices you gave to your detailed models to be compatible with the old EA game engine.. So indeed some of us will need a better card :d

Although many of us looked for something that was awesome in the classic game to be finished and except that I bet that I will learn from a friend the 1 release of this project when I am in my Third Age..:d
Guys seriously this project like bfme reforged needs hundreds of guys working days and nights to be completed at least 3 years from now..
One last thing : Skirmish has no power here..? What?
I mean come on whats the fun without not including RTS skirmish style ?
I bet many of us would not like to see a Return of the King or Lineage style about it But as reforged promising picture we saw , a new /next generation BFME RTS game.. We just want to fill our heads with RTS style skirmish battles like the classic RTS games with the only advance fantastic visuals and sound FX..
I don't know you are the Boss but many of us are not like in that new style function idea all the rest is very epic.

We just want to see like your latest mod showed to us a much realistic in many levels BFME RTS game
Not any other style gaming like two towers /shadow of mordor or I don't know kingdoms of arda of bannerlord or third age mods etc..... but that classic gaming style with realstic visuals and better or new functions like edain and yours.
That's all.

Look at the date dude

Happy April's Fool to you guys too ;)

Please please please just don't remove skirmish. We need SKIRMISH for our lifes. To play against random factions and getting stars for each completed map and build things always a bit differently depending on which factions you are against. Skirmish is the very core of this game, don't take it from us, please!!!

You almost got me chief, nice try tho

This is a really good idea! I can't wait to play with the gungans!

Where is the army of Aslan the lion? He was the greatest ruler in Middle-Earth!

Sounds good, but you should probably delete AOTR off the internet so that it doesn't distract your audience.

"Sauron's in it too, but he's just some emo wizard."

Pretty much sums it up right there

One year ago Edain Submod and now T1A mod... I fear what will be next year.

OMG I totally fell for it XD. DAMN YOU.