Post news RSS After the first sprint, over the second

Here is our advancement for the last weeks. What we have on our iPad version, what we are working on, ...

In the meantime, we have on the iPad version.

Its movements are tweaked. We are pleased by the manner it moves and how it interacts with the different elements.

The slot management system, which permits to grab and release entities, is usable. Some points are not corresponding to the paper design yet but it’s ok for a first iteration.

Lastly, the damage management is also set up. The avatar loses its entities when it is wounded by a virus. For the moment, the entity dropped is the last grabbed but we are working on another method to fix this point. It’s a bit lousy as damage system. 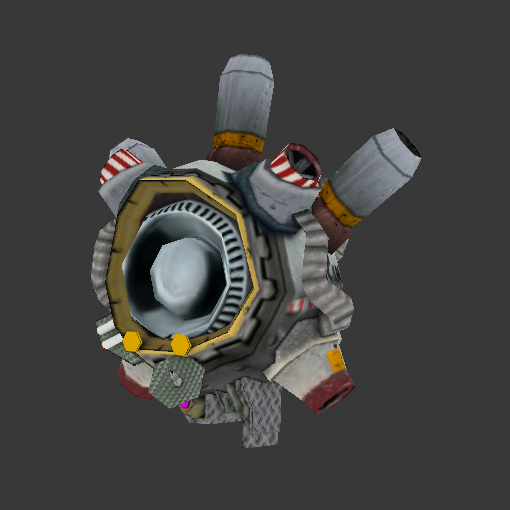 It’s the simplest virus. When he sees the avatar with entities, it rushes on it straight right. We want it to be a little dumb; he chases the avatar only when it smells entities but some of them are more sensitive than other (luckily for our players). 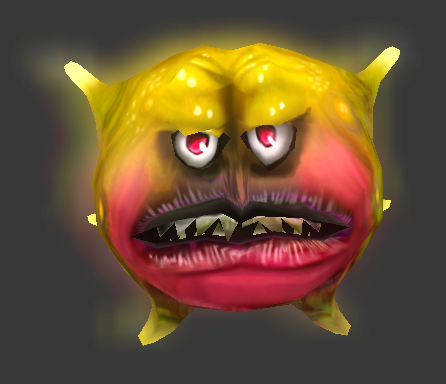 This entity allows the avatar to swim up through fluxes it couldn’t cross by itself. Their ability is passive, that means as the avatar possesses a massy its power is applied, increasing the mass of the avatar. 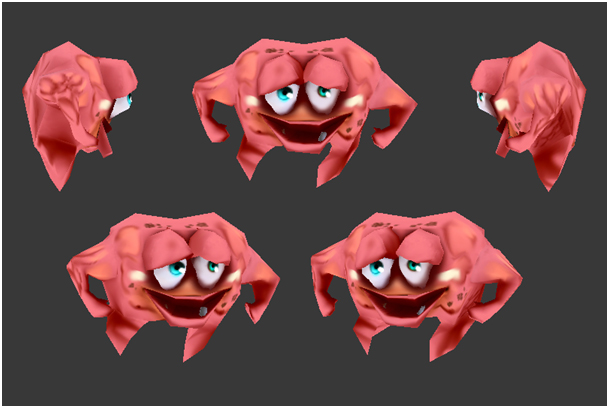 This entity possesses two abilities; in one hand, it can heal wounded walls and in the other hand create a safe zone which repels viruses. In the current prototype we only have the second ability. 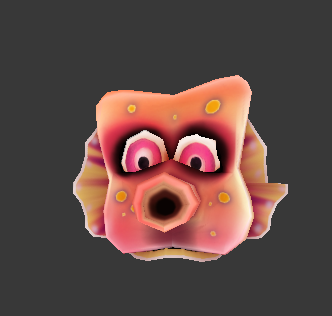 Its first ability creates a safe zone where the player draws a circle on the iPad. This safe zone stays a certain amount of time and then disappears. The cooldown of the ability is the half of the duration of the safe zone. Thus, the player can have until two safe zones at the same time but which one half dead. 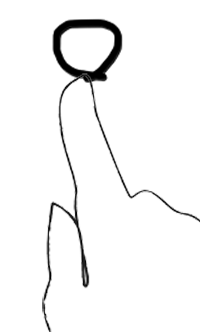 This object allows us to dynamically generate ours entities and viruses. We thank a lot Exit Strategy Entertainment and their framework =)

We have four levels of current in the prototype. The avatar needs a number of massy equals to the level of the current to swim it up. We still need to work on the feedback linked to those fluxes in order to allow the player to recognize them at the first glance.

Along the classic walls, there are also bouncy walls allowing the avatar to cross fluxes thanks to the bounce, or to evade viruses.


A video will come as soon as possible. We are waiting for some tools which are going to allow us to capture the screen of the iPad from a Mac (We thank our school for this investment because that costs more than 200€ and we couldn’t spend this amount by ourselves). By the way, all the names used above are temporary and only used within the team.

Currently we are working on few abstract and production points:a - The link between our themes and the game system

a - The link between our themes and the game system
We think that actually there are no strength links with the themes, the human inside, the medicine, … We could make Alife in a submarine environment and we could justify all the elements or almost. That’s why we are going to design the different Bosses using real diseases and try to add gameplay element resting on human system like the nervous system. We have some leads but nothing concrete.

b - The reward system
The big problem we are facing is “how to motivate the player to explore the world?”. Giving him a vague objective like “heal the ill organs” is not motivating at all. The player can’t understand the stakes of his task and what it really means.

When you play to a Castlevania, the game drives you thanks to cut scenes or story elements. The player has always a clear objective and knows where he has to go, even if the world is a bit mazy. 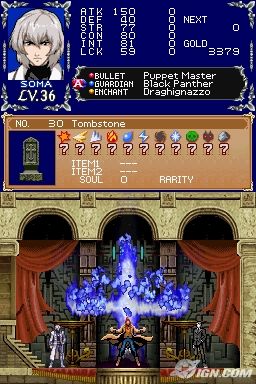 When you play to Flower, you are guided by the flowers which are not already bloomed… In Alife we can’t tell you what is guiding the player and what is going to push him to explore our inside world. 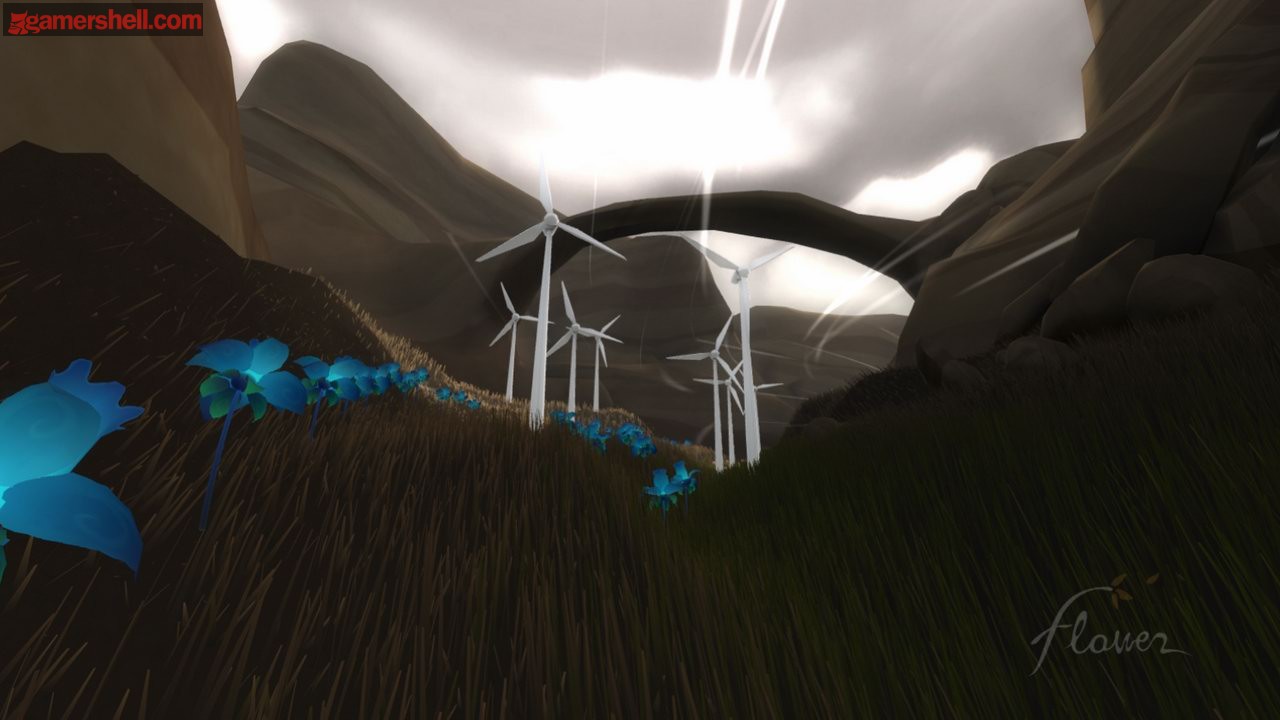 We want to play with the curiosity of the player and to try to set up an innovating reward system but we have not found any answer yet… We are stuck for the moment, analyzing different games (Plant Versus Zombies, Batman Arkham Asylum, Castlevania, The Path…) in order to find a pleasant solution. 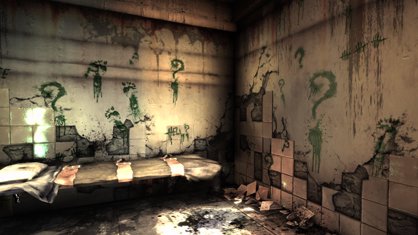 Otherwise we have classic system in mind, but we are attached to this challenge and we don’t want to give up right now. There is enough free time.

a - First prototype
We are currently working on our first gameplay prototype. The abstract level design is set up on a VISIO document. There is the global shape of the maze and the different workshops the player is going to face. 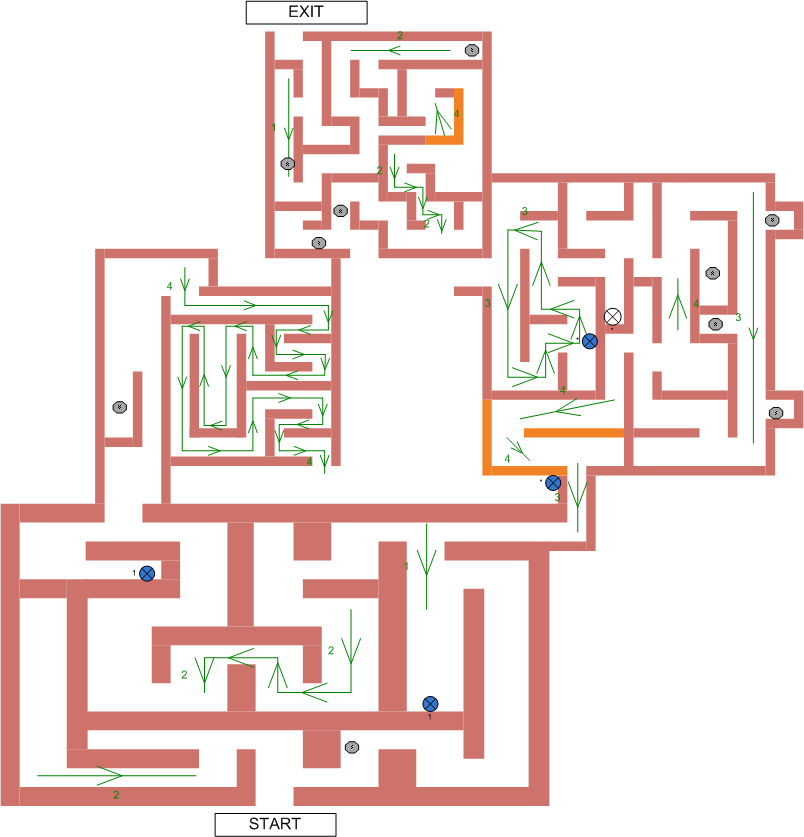 Right now, we have a poor FBX version which is made thanks to the extrude function applied on lines drawn over the VISIO document. In one hand we use that to tweak the different workshops in order to improve the experience. In the other hand, the two graphic artists are modeling a maze more organic and less square and they texture it at the same time. 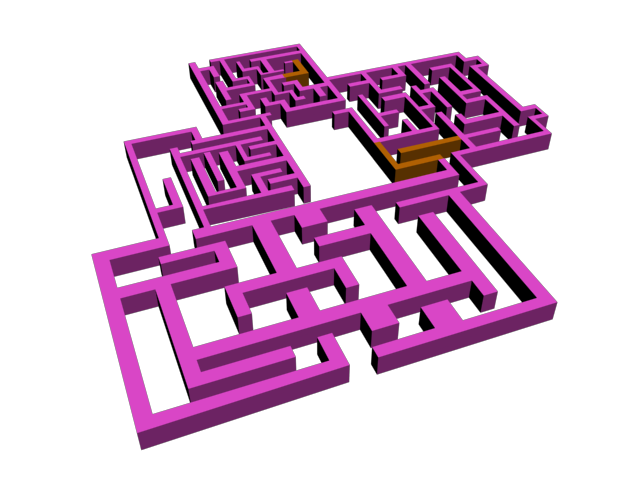 Thus, we are going to have a beautiful prototype in the incoming weeks. The first week of January is dedicated to the polish of this prototype. Then we have our first board of examiners who are going to assess our work for the past three months.

b - Level Design Workflow
We refine our workflow of production for the level design. But I’m not going to tell you more about this because I’m writing an article dedicated to the subject:”which workflow for our level design”. There is nothing magic or extraordinary but it could interest some people I think.

c - Tweaking the gameplay
As I said earlier we are working on the different workshops to improve the experience. We rebuild some of them; meanwhile we also tweak the different gameplay elements such as the duration of the safe zone created by the cleany, its cooldown, the behavior of the spiky…

If we can’t record a gameplay footage from the iPad version, we will use the PC in order to show you what the game really looks like. This PC version is only used as a development tool in order to build levels and test them faster (we possess only one iPad for the whole team, so it is dedicated to the programmer… Damn programmer :p)