Alife is a project developed by 6 students in management, game design and game art at Supinfogame, a French institute. Alife is a strategy game for iPad in which you control a virus spreading its infection through a mysterious vegetal organism. Your aim is to contaminate the whole organism in order to create a peaceful nest for your species. Change your genetic code to fool the organism, divide your cell to fix new viral sources and use the powerful skills of special cells to increase your strength and defeat the immune defenses!

Re-Starting from scratch – A short post-mortem

As Maxence said in the previous article, we decided after our last committee session to throw away our first concept. We thought it was the best option and we still think that way. Nevertheless, the second concept we made didn’t fit our expectations and we decided to start again… once more.

As a project manager, I have written this article in order to explain to you the troubles we encountered and the way we solved them. We are conscious that these two turnarounds sound strange, but please be sure that this concept is the best one or, at least, the last one. I promise.

The first main problem we encountered was related to our universe. We noticed – unfortunately, too late – that people were not yet ready to accept a surreal conception of the human body. The biology is a sensitive subject (especially when it is related to humans) we can’t freely play with. In fact, people rejected our concept because they couldn’t accept that a neuron could move through the organism. Moreover, they expected features and visual content which didn’t fit our intentions. To sum up, we designed a game that people were not ready to accept and enjoy.

The second problem was the lack of originality. Obviously, we focused on basic ideas which were used in a large range of games. Driving an avatar with fingers, using basic capacities to interact with the environment, fighting or avoiding enemies thanks to dexterity… it is definitely not revolutionary.

Lastly, we can’t hide that technology was a huge problem. The iPad is truly not an easy-to-use device for developers and we were forced to admit that it would have been impossible to reach our goals in graphic design. It can sound trivial, but the art direction of our concept was one of its USP and we were really disappointed on this point. Moreover, the short scene we managed to build and implement was not satisfying and had no personality.

Having identified all of these problems, we could start in another direction with more information. Firstly, we decided to get rid of the human body, which drove us to a dead-end. Our new concept would take place in another organism, animal, vegetal, extraterrestrial or, why not, an unidentified organic world. Moreover, we decided not to focus on scientific reality but to be free to design whatever we want.

We also forgot all of the constraints we were imposing on ourselves regarding the game design (e.g. entity management, dynamic and the maze-like environment) and we decided to explore new things that have not been really exploited on iPad. We wanted to differentiate ourselves from the huge list of puzzle and arcade games which have already been released on the appStore in order to give the player new experiences.

Then, we thought about the possible ways to make our game visually original and remarkable, among a lot of cartoon-style games.

The design process was long and epic, but we managed to design a new concept which suits the team. The new – and last – version of A Life is a strategy-based game in which the player controls a virus cell which has to infect an organism thanks to the infectious cloud it generates. The core-gameplay is focused on the immune memory system: if the virus stays for too long with the same genetic code, the organism will learn how to fight it and the virus will die. In order to avoid that, the player has to pick some DNA letters from the infected elements to change its virus’ genetic code and keep the advantage.

The virus will be confronted by immune defenses and different virus species which covet its life space. It will have to infect some elements to unlock their skills and use them against its enemies.
Regarding the graphic design, we have decided to use black and white environments which progressively turn into color when infected. Even if it is not fully original, it will help the player to clearly identify the elements he controls and it is a good reward for its actions. Moreover, it could lead the environment to astonishing colored scenes on multiplayer mode.

We hope you stay interested in Alife with this new concept. Feel free to give us all of your feedback and feeling. See you soon! 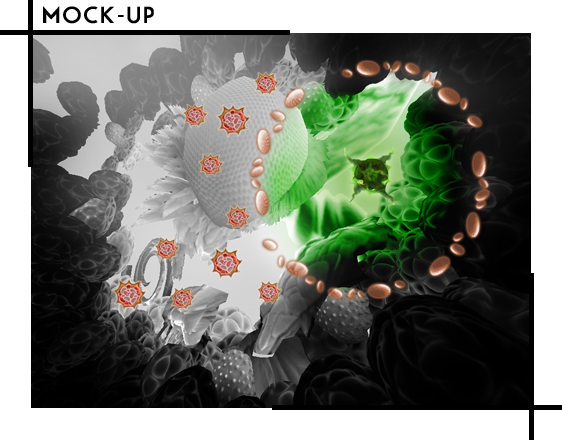 Two weeks ago, we had an important committee meeting where we got bad feedback on the game. Actually, the prototype we showed was not fun and it seems...

After the first sprint, over the second

Here is our advancement for the last weeks. What we have on our iPad version, what we are working on, ...

Introduction to our project management

With this article, I'll try to give you an overview of our production routine. You will discover the tools we commonly use and our production habits...

Unlike Valve's team and their Team Fortress videos, we are going to present ourselves with a short text. Maybe a video could come later, but before we...

is this just for ipad?

^^^bring this douchebag down!

as for the game, i find the idea quit intersting and the concept beautiful!

There are not other games from our classmates on indieDB for the moment, but they are going to create their own accounts.
We will linked them when they will be setted up.

Nice to see some frenchies in here, I didn't notice until the first name catch my eyes...

Do you know if the other teams have a project "profile" here on IndieDB or elsewhere ?

And Unity all the ways !

also, i just took a closer look at the avatar and it has a radar dish, tubes and 2 led lights. i must say, at the microscopic level, lights would be pointless, and the radar dish loses its function as well.

microscoptic insulted tubes would also be inefficient. anything microscopic will have to rely on circuitry.

entities look a bit too cute. might want to take inspiration from electron microscope photos and diagrams.

Tanks for your comments :)

Yes, we are inspired by microorganisms like zooplancton, pollen etc...
The entities are very innocents, they represent "too good people" in the society of human body.....
...They are perfect victims for perverted virusses =D
It's for that reason, they are too "cute" ;)

The premise is so kewl! I've been waiting for a game that takes place in the cellular level lol.. Goodluck!

Waiting for the news. Good luck with the project.