New Decade, New Engine, More Speed! A few months ago, the team had a discussion on the future of Ashura: Dark Reign. Due to many engine problems we decided to move ADR over to Unreal Engine 3. 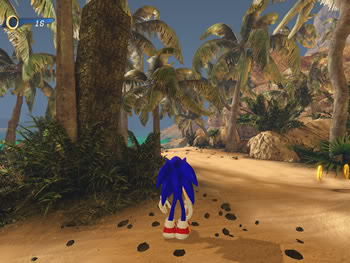 A few months ago, the team had a discussion on the future of Ashura: Dark Reign. After almost 4 years of development and due to lack of support using the dated Unreal Engine 2.5 and several other problems, it was decided to move ADR over to Unreal Engine 3 (Unreal Development Kit).

The reasons for the change are quite simple:
- Lack of support from the Unreal modding community as ADR was using an old engine.
- UT2004 is required, as are several essential bonus packs for the game in order to play ADR.
- UT2004 is becoming very hard to find for those wishing to only play ADR.
- Coding gameplay abilites had become challenging to create using Unreal Engine 2.
- Better object physics simulation in Unreal Engine 3.
- Better control over animation and texture materials.
- Better particle effect system.
- Level design is less limited than in UT2004; large scale levels can be created.
- Better AI support.
- And the move makes ADR become a standalone game.

Aside from code, the truth is that few progress has been made in all this time (the previously released Tech Demo doesn't count for the full game), believe it or not. So the transition to the new game engine won't be traumatic.

About the current map being worked on, it's much larger than its predecessor in terms of scale. Many new options are available in the editor and production is much faster when creating levels.

Several new screenshots have been added to the image gallery. Some of them: 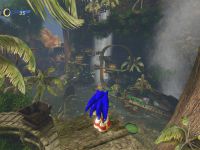 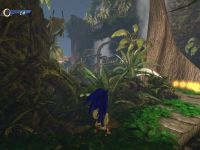 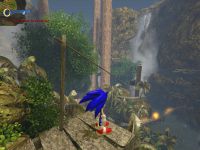 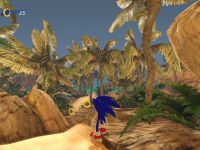 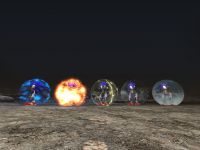 Ashura: Dark Reign uses a modified build of SonicGDK (a side project of our coder Xaklse) which is a work-in-progress to-be-open framework for 3D Sonic games:


A first preview release is available for downloads. Watch the video on YouTube for more details and give it a go!

True! But crowds are supported now, and will be used.

It's good see an update from ADR.

It looks like you guys made the right decision about switching engines.

I can't wait to see what you create using the new engine, good luck ADR team. :)

Great to hear that guys!
How long will the porting of existing content take?

Good luck and have fun :)

Its relatively fast to do.

You mean that UE2 and UE3 are very similiar and you can just copy-paste all the code and have fun? It's a joke, of course, but is it so?

Screenshots look very cool, but... you know, I understand your chioce and stuff, but I liked UT2004 more. It was "old" and, I suppose, hard to modificate, but, IMHO, it was... um... stable and qualitier (my english suuux) for me.

OK, going on. Sreens look kinda bloomy/overbrightened, and it also seems like textures are kinda low-res. Is it so? In UT'04 it all was more sharp and clear :3.

Ow, and one more thing.
Since you are re-creating the map AGAIN (third time, I think), could you work up a bit and release Angel Island Redeux Map for UT2004 :)?

Or you are transiting it to UE3 with some additions?
Anyway, it would be nice present for.... um, I dunno, but it could be a very late present for Christmas or so >__<.

The map has had a major update compared to the Ut2004 version.
As UT2004 was becoming more and more limit work has since ceased on that game.

Textures upclose do look like low resolution, Even in other UE3 games.
As this is now a standalone game there wont be any demos for along time.
The Hud, menus, Spindash, Lightdash and camera angles still need recoding.
The Physics (Loops, Corkscrews, & Running on water, have been recoded and working much better than before.

For now we are concentrating on the environments and fleshing out levels for when the code becomes available to impliment into the gameplay.
The screenshots are still work in progress shots. As mentioned in their description.
As for the UT2004 to UDK. Yes and no.
Somethings work some dont due to the changes made in unrealscript since UE2.5.

Well then.
Good luck you guys ).

Can anyone say F-Zero to the max? I still love playing Big Blue in F-Zero X. Magnetic pipe tracks FTW!

Its great to see an update from you guys again, ADR never worked on my mac but i always followed its progress because it was a cool project.

this looks awesome! my eyes are jizzing their retinas

maybe i will download this when my computer isn't ****

finally, some updates! and btw, the udk kicks ***!

by the way, is there gonna be a multi player mode?

good luck, I love sonic and this seems like a knockout

What are the system requirements for this going to be now that it's on the U3 engine? A good chunk of the people who I'd show this game to have PCs that can be fairly described as "low-end" because they're not PC gamers, and as long as their PC can run facebook and WoW on minimum detail they don't care.

(I have a beast of a machine so it's not an issue for me, and I personally approve of the switch.)

The same as UDK's requirements (I hope so): Udk.com

Screenshots look fantastic and the video is just great with some kick *** Barry Miles!

I'm also glad to see you have some multiplayer game modes planned even though they are understandably on the back burner ;)

Couldent you buy the license for UE3, and ask SEGA for publishing it?