Post news RSS About playtesting and the next update

This blogpost describes what has happened during playtesting this week, and what I plan to add in the next update.

Hi all, another week of Olvand playtesting fun. Besides the usual list of discovered bugs to fix, these are the main findings: fishing is buggy, in particular in multiplayer, and racing is confusing, but works and is fun. That last thing is a conclusion I drew from racing against several players, and writing down their responses. I got one person who didn't want to pass the finish line because he wanted the listen to the rest of the [racing background music], but I decided to take that as a good thing as well :P. This is a screenshot I took from me, Isioxd and Magiclinx, sorting out some things before a race (although Magiclinx had to leave). 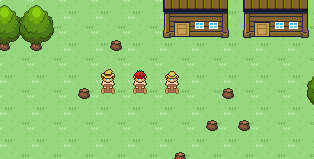 Besides playing, I've been hard at work for the new patch. It will mostly contain bug fixes, but also:

And before I forget, I got a message from Desura's game manager, who said several people asked for a download of the standalone version. Weird, nobody asked me directly, but I'm of course happy to help. If you're a playtester, it should now be downloadable from Desura, I think.

You deserve it. Thanks for all the help ;).

No problem:P If you need help just say:)

Is there anyway to be a tester?

Of course; you can sign up at olvand.com, but you can of course also tell me you're interested here :).