We've been MUCH too quite lately. Well we have been working, and we do have some brand new media to show everyone.

First off, I'd like to apologize for us being so quiet lately. After running into a few ruts, we're finally (mostly) back on track and will hopefully be reeling in large updates soon enough.

Luckily, we've finally got Torque Game Engine Advanced working well for us. We've ran into a few bugs with the transition so far, but have taken a lot of time to get things in order.

Despite the rut, Warlord took this chance to heavily update the map. Its by no means 'finalized', in fact you can see changes in the map almost on a daily basis. While we're still working on the detail props, here is a sneak peek of what we have so far: 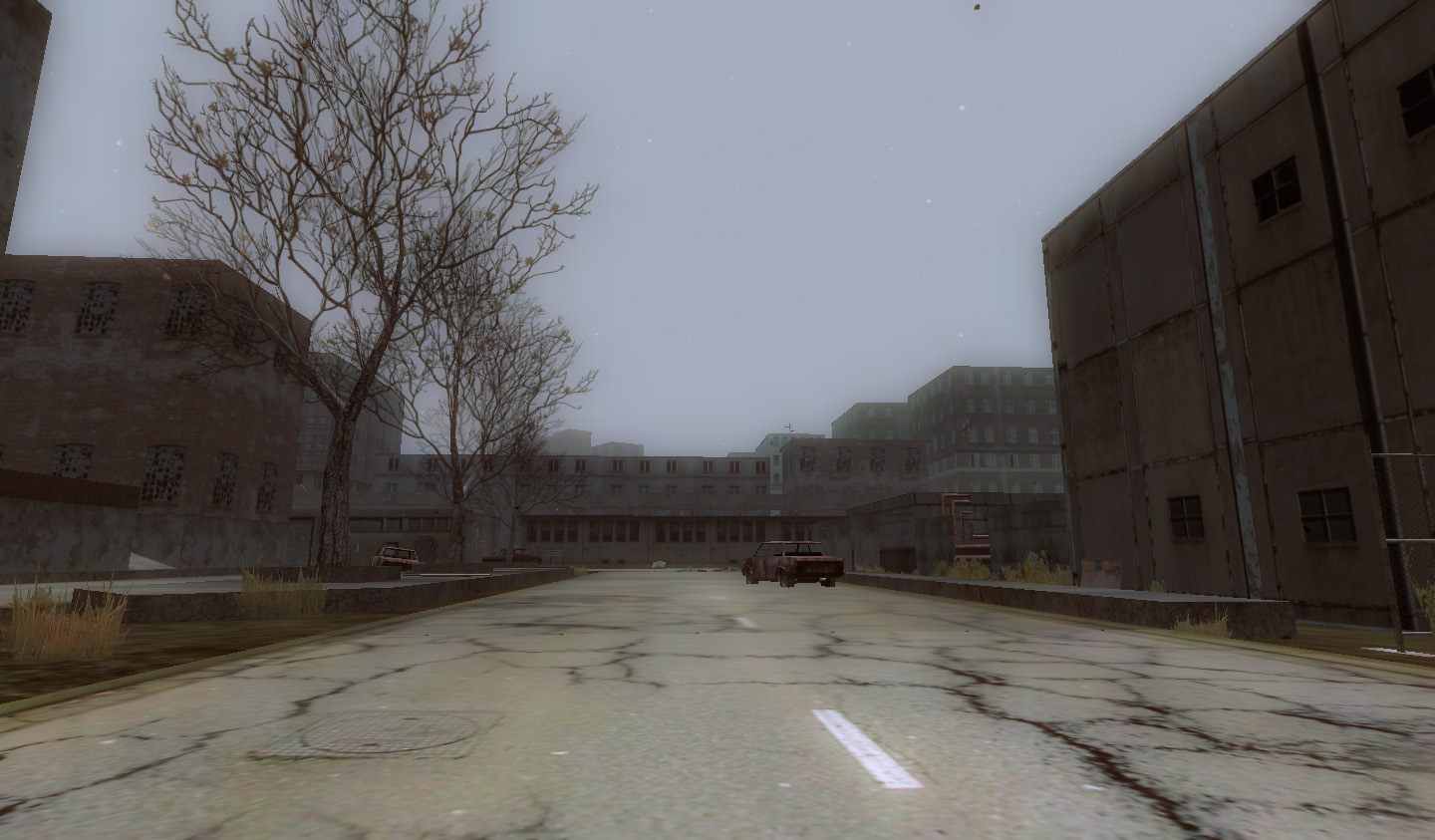 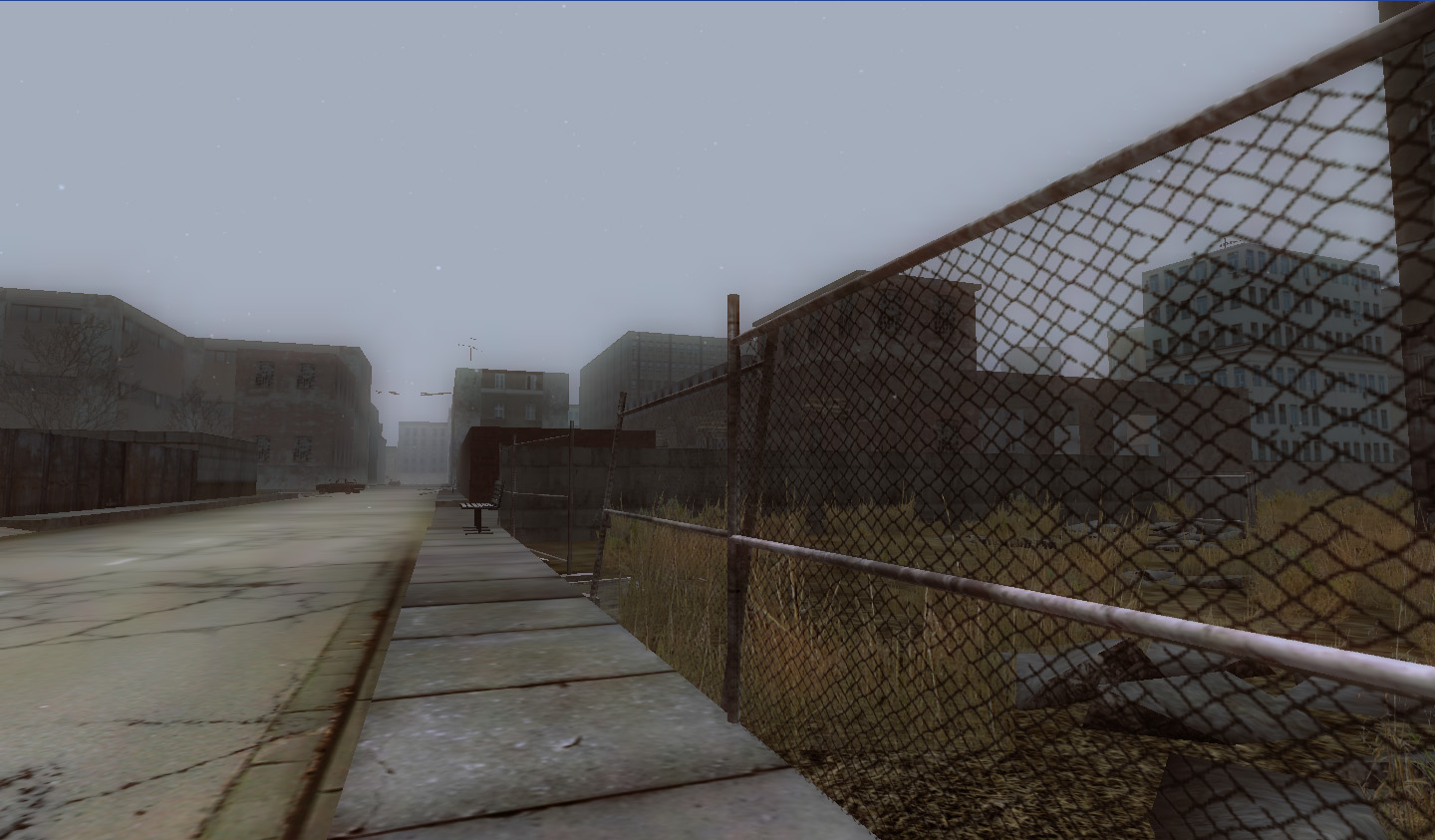 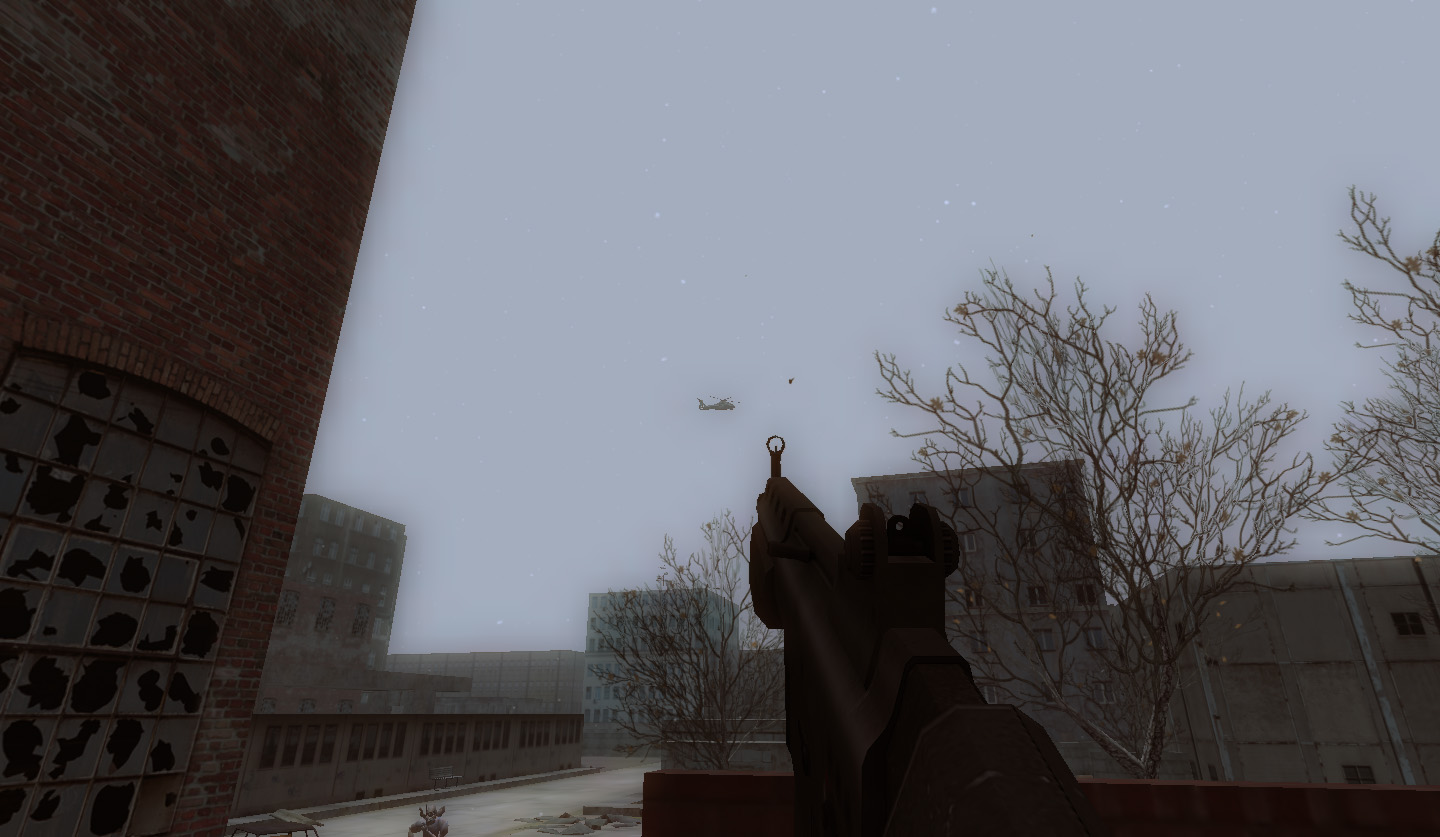 Gull City is controlled by the Legion by default. The USSFC forces are pushing for control of the city, as its a strategical location. Amidst the chaos of the war, the infested creatures loom in the shadows, waiting to take down any unsuspecting or injured soldiers.

Gun shots and explosions ring out through the cold winter morning, and while the majority of the battle takes place in the city, the surrounding suburbs have their fair share of combat zones as well.

We do have a music piece from the talented Kiopo as well. Its actually kind of late to place in a news update, but we feel its a great piece and deserves some attention:

We will have new updates soon! Keep watch of our profile!
Thanks for reading.

Is that helicopter part of the skybox?

I'm designing the city to be suitable for multiplayer, and no, the helicopter is not part of the texture of the skybox, is that what you meant?

The helicopter is a a little over 1000 polys and is based off the Comanche. No, its not on the skybox.

This looks very STALKER-ish. That's pretty good, if you ask me. Will this have an SP component to it?

excellent mood coming across, maps are starting to look really good. I would digg it, if you created a few houses, which aren't simple blocks. Everything else looks top and as long as it reminds everybody of something else that's pretty cool, too! :)

Then you'll love some of our upcoming updates, which will be focused on the suburbs around the city.

Looks a lot better than your previous screenshots!

Crank up your antialiasing and anisotropy for screenshots and really show off how good this can look! :D

"Get out of here STALKER" lol Good map

Nice job, can't wait to see it with props

Man thats cool. That choper is really nice. Hope it focused more in the tactical aspect of the game, so it will be a lot fun.