I really hate these kinds of projects that look promising, then the main developer disappears from earth, the project gets caned then everyone's sad.

Then it happened to me.

To be completely honest, I was a bit embarrassed to say what I've been trying to say, after such a long time. The more time it passed, the worse it got. I was planning to do a video, to have something substantial to show those who are still interested, but never got the time to do it. So, here's a few words about the whole thing.

Back in 2014-2015, the project had most of the features I wanted to put in. Too many to count, but essential, nonetheless. However, the source code was a mixed bag of old legacy code, old hard-coded stuff and lots of buggy features. Was unstable. So, Alex joined the team and started from scratch.
That gave impressive results. Not only we had amazing visual features, but also some features were re-worked (such as the weapon system). At the same time Joel got amazing coding skills and created probably the best music system I've seen so far.
However, most of the gameplay features were missing. These missing components led to these so-called "soft locks". For example, in the game we had computers. Very usable computers. These weren't coded in, so the player wasn't able to progress forward.
So, in one hand, a buggy code base, in the other, a stable proper code base, with missing features. There was no way to win. There were multiple attempts to jump start the project again with no real success.

There was a "Coming soon" teased, what about it?

That was the plan, at the moment. I honestly thought most of the missing features could be added back in in time, but they were too many. And at the same time, I had to focus on finishing the levels, and managing the whole project at the same time. It was too much to handle, but I thought it was possible. I was used to being under a heavy workload and we were having good results.
However, when the project reached a higher point, in quality terms, all the other components needed to match that up, otherwise there would be huge discrepancies. For example: we had implemented a new texturing system, to allow higher definition. Cool, so we use new textures for this new section. We do fancy bump mapped, super hi-res fancy weapon textures. No problem. But what about all previous levels? What about all the other models/props? I thought "I'll get them done when they need to be done". So now, re-texturing pretty much the whole game became another thing to do.

I'm new here, what is this project all about?

ARRANGEMENT started as a Half-Life mod (formerly known as ARRANGE MODE). Is a tactical FPS shooter, heavily focused on combat and story. A mixture of Max Payne, Swat, FEAR 1, No One Lives Forever, Splinter Cell games.

Are you working on other projects?

For those who are new, I started some version of this project when I was 16. I'm 35 now and I spent all my years working on games/applications for different platforms. While I did learn lots of things, finishing a project is a skill in itself. So, I decreased my scope a lot, and focused on things I can actually finish. While I worked on a bunch of small personal projects, most of my time was spent on contract work to pay the bills. These projects were done using other engines, such as Unity, which allows creators to cook up quality projects in no time. Unity is the game engine we would use for the revival of this project.

Here's a small picture of what I've been doing over the years: 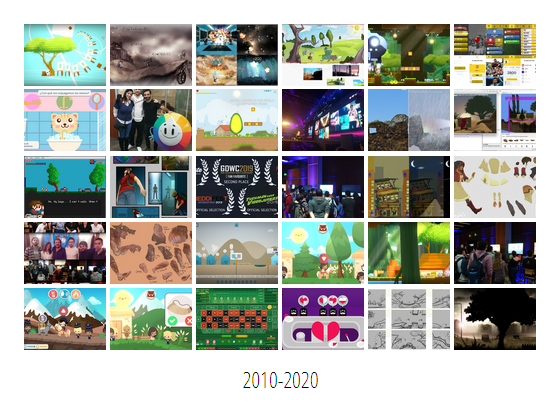 I'm planning to release the unfinished versions of the project, which just survived a hard disk failure (in your face, entropy). These will contain features not present in the latest release. Would be interesting to toy around. Don't expect a quality release, but most it will work out just fine. A more like "what it could have been if everything was put together".

Project is not cancelled and we wish for it to see the light, as there wasn't a game like this and we still have something to say. I got very experienced in Unity, and as a developer in general, so that's a huge plus.

As for the future, I would like to tackle this project on, but in a proper way. Hiring people and working full time on this. This will not happen, unless there's funding, via crowdfunding or publishing (but due the nature of some platforms, it must be a commercial project). Both of these options are viable nowadays, times have changed.

Thanks for joining me on this ride and sorry we couldn't deliver this as a Half-Life mod. I tried. I really really tried for more than a decade. The community, the skills and the friends are the best things I got from it.

In a way I failed, in the other, I got things I never expected and couldn't be more grateful for those. I'll always remember this period of my life as the most exciting one. Oh boy, it was a journey.

Project is not cancelled, just can't be continued over GoldSrc.

Wow, very chaotic project ! it's what happened unfortunately when you put new features, layers and finally don't have a global vision of the project to go ahead slowly but effective.

In my opinion it's a good idea to put this project like is it right now but congratulations for having worked on it to give us at least something ! I think when you've spent so many time on a project it's important to do it whatever is the final result. Morally it's a success after all.

Hope I will test it soon and good luck for your others projects :)

Yeah. Isn't that we couldn't finish it. Is just I spent a lot of time doing things I didn't enjoy. Wasn't fun to put back in features already added years ago. It would take years and lots of effort.

The good thing is that we got some sort of game out of it. We know what to do, gameplay, story, combat wise. For me, that's priceless!

I was afraid this would happen. ;-;

I sorta figured this would happen, but damn I forgot just how long this was in development for! I remember playing those ANCIENT demo's from the mid 00's!

I almost imagine it would feel like a weight being lifted off of you now that you dropped the Goldsrce version to move onto unity. Engine moves tend to kill mods but there is only so much that thing can do!

Here's wishing you best of luck on your future endeavors! I hope to play Arrangement in one shape or form once I hit your current age ;)

Yeah, tell me about it. Yesterday I was a teenager editing skill.cfg values, fantasizing about programming and shadows. Almost 20 years later I could say I'm done with modding. Even though I made up my mind months ago, is still a weird feeling. This whole thing gave me a career though so I can't really complain. I'm overall very happy with the whole thing.
I still wish the project to see the light as I ever wanted and I'm incredibly excited to know is a real possibility.

Thank you for your kind words and for tracking this for so long!

I thank you for all the time you all put into this version of the project, and if you go with unity, unreal, or whatever, I wish you the best of luck on it!

Project Borealis went Unreal route. We would pick Unity since I've got around 6 years of experience. Project Borealis programmers posted a breakdown of Half-Life style movement, which we might find useful.

There's also a project replicating the orange box style gameplay on Unity called Quarter Fraction. The developer may be able to help out with that.

I'm just glad it's not completely cancelled. And we even get to see more of it :)

Posting unreleased versions next week. They need a bit of a clean up, as they might conflict with our 2018 version. Hopefully someone finds it interesting, as there are finished missions and proper gameplay elements never shown.

Im glad your uploading the unfinished files :) it will lessen the pain ! Best wishes for your future project. I will stay tuned!

thank you for all your and your team's hard work!, hope you have good luck in your next projects :)

I had a gut feeling that the project would turn out too difficult to work with as a Half-Life mod.

Best of wishes, man! Hope you will manage to get this project going on Unity!

You should get some publicity if you're planning crowdfunding!

Half-Life's engine, while great for its time, might be a bit overrated. There's a lot of things you simply cannot do. A lot. And is basic stuff really. For example, want to make rain? Forget about it.

And that was my issue. I just wanted to add features the project needed.

Regardless, we managed to add a lot, so, in that sense, I'm super happy about it.

On new engines, that stuff is already in, so we would only focus on gameplay and story elements. Things I really enjoy doing!

Using a new engine is really more perspective idea. I wish you best luck on it, and thanks for the everything you've already brought to us.

Been following this since the mid/late '00s. Always loved the progress updates since I'd never seen the GoldSrc engine looking so good. Wishing you the best, and excited to see the pre-alpha stuff that comes out!

Thanks for tracking this for so long mate!

About pre-alpha and upcoming versions, we probably won't mention again we are working on this, unless we are 100% sure the project will come out, and it would be on a late stage of the project.

I won't be making the same mistake again.

I'm sorry to hear that you'll put this mod on hold indefinitely. Still I'm glad that you're going to release the assets, It would have been a shame not to play it...

I have another question - Do you plan to release the SDK (code for the mod) as well?

Yes, releasing source code soon, and FGD, and other tools.

Yeah urr.. Not surprised. Missed deadlines, way too ambitious and stuff, and you just got burnt out lost passion life happened etc. etc... **** it, nobody has passion for mods and that's okay.

They don't feel fulfilled making them and they don't make money off of it. That's fair. If you were getting paid, well that'd be different.

Well, it depends. I really had a great time, to be honest. Is just the engine was too small to contain the project.

It would have been totally possible on Source's engine though, but it wasn't like that

Well man atleast we go what you were working on, still cheers and good luck on future projects.

Damn. It truly is impressive what you managed to do with this project. This was in development for such a long time that I definitely don't blame you for being done with it.

Going Unity is a good option. Those old engines just can't compete in terms of productivity.

Late here. But great to have an update.
Thank you for your work. It was fun to follow the development of the mod throught the years.
Hope you have great results on future projects.