Posted by LastLeviathan on Jan 9th, 2017

Focusing your Planet
I was always considered your planets should feel quite unique, or at least most of them should. In Star Wars many are known for certain things, such as Coruscant for its massive planet wide city and senate and Alderaan for its beauty. In the same vein, I'm also a big fan of Warhammer 40k, where one can find Hive Worlds, Recruiting Worlds and the like.

Now, to go about this I had originally thought of using structures that replace the planetary administration building. However, I was less than pleased with this route, and decided I would instead use planetary edicts and modifiers. 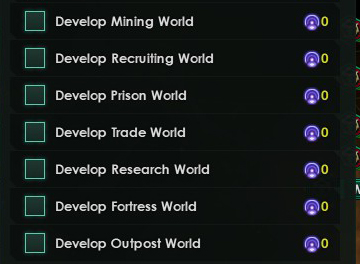 Foci
Each focus has benefits and adverse effects on the planet and population. Once one is selected, the world goes into a short period of integration, where overall production is lowered until the proper infrastructure is developed. Once complete, you can decided to refocus the planet after several years if you so choose. However, refocusing will reduce production and happiness, due to the population unrest caused by tearing down and re-purposing the old infrastructure. Only then can you once more focus the planet into one of the areas below: 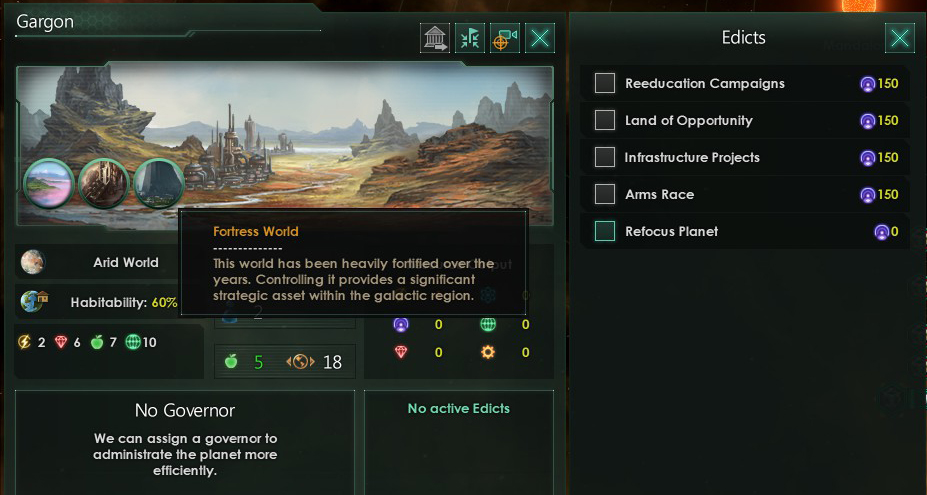 The intent is to have each one feel unique in its own way, that choosing one path is not to be taken lightly. Rather than a boring button you press and forget, it builds up progressively and may leave the world with a side effect. A prison world may increase the production of your slaves and other undesirables, but the heavy hit to unhappiness may just cause them to revolt and riot. A mining focus might exponentially increase production, but leaves the world ravaged and unable to sustain itself, food production will be permanently lowered and you will be unable to refocus it into an Agri World.

A new feature coming will be the scripted development of your colonies. From the start of its creation until its demise at the hands of the Yuuzhan Vong, it will have different stages of planetary development. Each stage will provide different effects that depend on the population level, current administration building and how long the colony has existed. There are several stages such as Established Colony, Developing World, Core World and even the possibility of an old and developed colony to become a ecumenopolis (typing that out so many times now, I finally get it right on the first attempt). 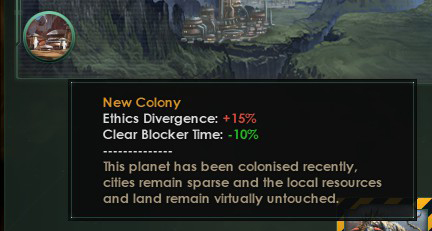 Thanks for reading and tune in Thursday for the real Dev's DD (finally). Until next time.

Very excited for the new update!

Could not have put it better :)

you are making us dream!!! can't wait for it!

wow this is awesome!
there is something similar with the "planet wide city" mod, but the visual changes cause some issues.

everyone hates those pesky factions that pop up and ruin productivity, the only ways to remove them is the slow suppression and the frowned upon purging, i was wondering if you could implement a bounty hunter option that could take care of them without giving my empire a bad reputation