A look into the reward system for Ethas: Embrace of Destiny.

We're posting our final article before the big Winter Update on January 3rd a little late this week due to the holidays, but here we are back again with more info on Ethas!

This week, we'll be talking about loot. 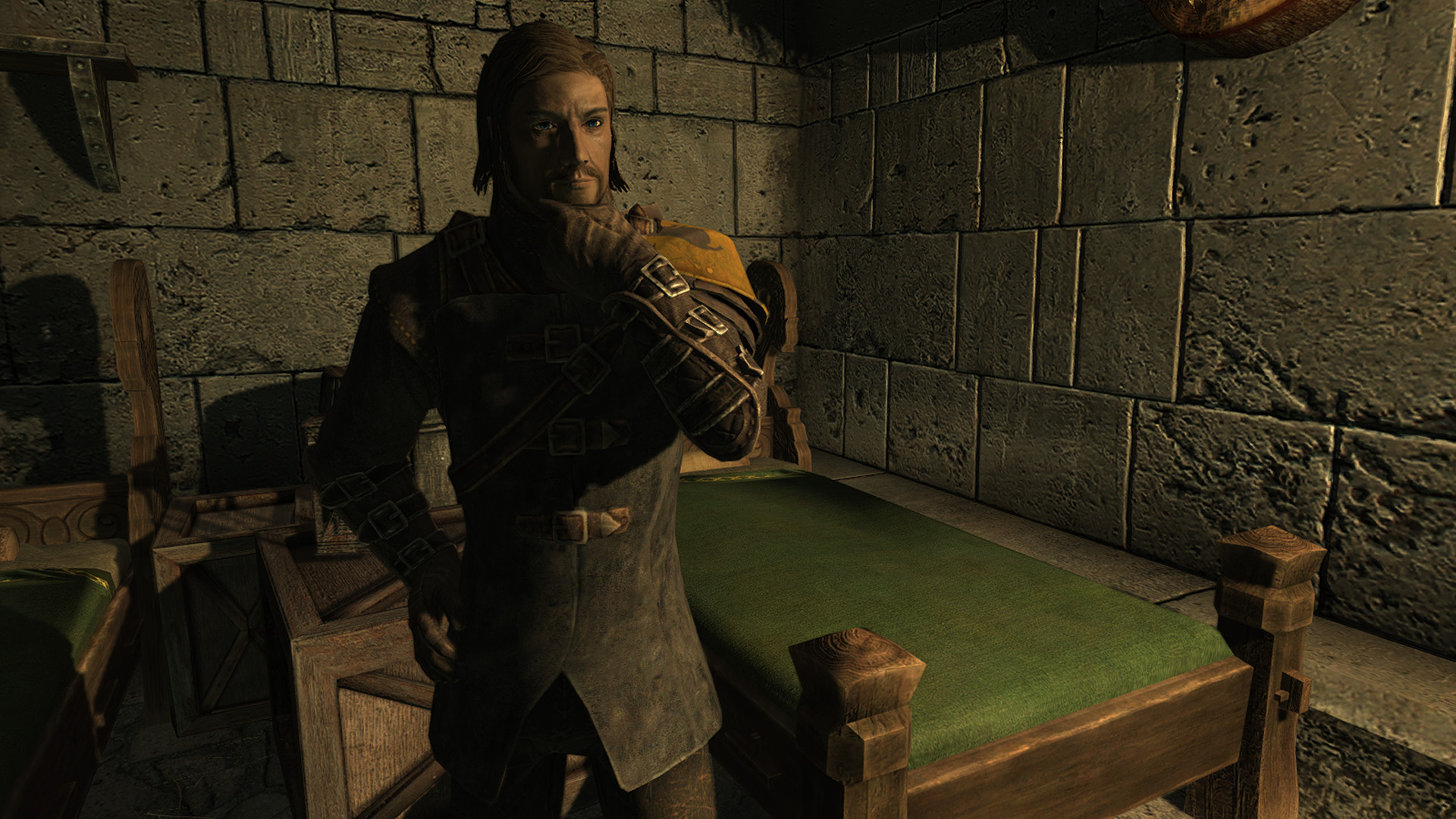 In a game like Skyrim, everyone has their own particular playstyle. Some like to build themselves around the use of magic. Some like to swing hammers all day long. Yet, the game never takes into account the general playstyle you're going for with your character. So here you are, wearing your bulky Iron Armor, still wielding your low leveled, but trusty, Steel Sword. You go to clear out a dungeon, and find a chest at the end. You peak inside, claiming to seek your reward, and hopefully get better gear. You look inside, and you find;

Pretty sucky, right? In Ethas: Embrace of Destiny, we aim to do away with that.

At the beginning of Ethas, you will be asked what your general playstyle is;

Now even with this set-up, we realize there are still those that like to mix it up. Those who enjoy flaunting fireballs while wearing heavy armor. So while we will have our playstyle based rewards, you still be able to find random loot around for any general purpose. So fret not if you play as a mage who likes to deck it out in the biggest, bulkiest armor you can find. You'll still be able to, albeit with a little more digging and dungeon-diving.

This playstyle based reward system will mostly be used in the main quest, side quests, radiant/misc. quests, and non-quest based dungeons. For the most part, items you receive while doing the quest line for a guild, for example, will generally be suited to that guild. We'll still have the occasionally playstyle based reward though, as I'm sure many of you have tanked through all the Mage Guild/College of Winterhold quests as a Warrior Archetype back in Oblivion and Skyrim.

We hope you enjoyed this final update, and remember to come back next week for our big Winter Update! Keep in mind, we are still doing a podcast, so feel free to ask questions you want answered! Hope to see you next week as we bring out our 2012 Winter Update, with a slew of new sceenshots, the podcast, and some new music.

To be honest I've always liked the unpredictability of loot, its because different people have different opinions on what is "treasure". It can be sentimental or it can be simply what bolsters their kind of power, your idea aims to simplify the game more and I wouldn't be interested in finding good loot all the time. Its a different kind of hand holding that feels rotten to the core.
The only "fixed loot" that gives any guarantees as to what its like is the unique kind that one hears about in tales and old famous quests. But those are a minority, they provide the guarantee but with the disadvantage of being a huge challenge, so there's balance in that... it works.
We get a kind of pleasure from finally finding great loot after alot of play time and that feeling builds over time, over the struggle and strife, its like a release. Screwing around with game mechanics is fine, but when you change something so basic its bound to alienate people and possibly the majority. I was interested in this project because I liked the look/feel of everything and the premise was intriguing but I'll probably give this a miss if it ends up the way you say.

Thanks for the feedback! It's certainly not outside of the realm of possibility that we could have a "Random" option when selecting your playstyle, it certainly wouldn't be hard to implement. Our goal is certainly not to alienate anybody, so I'll be sure discuss this with the team.

And do keep in mind that this certainly doesn't mean you'll find good loot all the time. You can open a crate, for example, and find only a few random items and a gold piece. This is aimed more towards "boss" chests that you find at the end of a dungeon or rewards for quests, so in my opinion, I would have even more motivation to go clear out a dungeon if I think there's a better chance that there is loot that I could use.

I think the part where it tailors the loot to your play style is a bit...too much? I would suggest simply making hard to find chests have nice stuff worth a good amount of money. And have a legitimate use for money of course.

I think I mistated when I said "loot", as I get the feeling I ended up portraying it in too much of general sense. Most of Ethas's loot will be randomized as in Skyrim, what we're more focused on is the reward aspect and actually rewarding the player with something worthwhile. Prime example; What do you get at the end of the civil war quest line in Skyrim? An sword. Not even a special one, just some random leveled sword. If you don't use a sword, then it has no real value to you, as you essentially just did all that questing to get a piece of junk. With the playstyles, your rewards will be more geared to how you actually play the game. Most of the time in Skyrim, you just get useless junk that you can't even sell of because no merchant in Skyrim has the gold to buy it. So you're always getting left over with just more and more useless junk. The playstyle reward system aims to actually give worthwhile rewards, so it dosen't feel like all your work has been pointless. However, if you're the type the wants to have their rewards complelty randomized, then having that as an option is no problem at all.