The next tournament is now announced! We have some nice prizes this time. 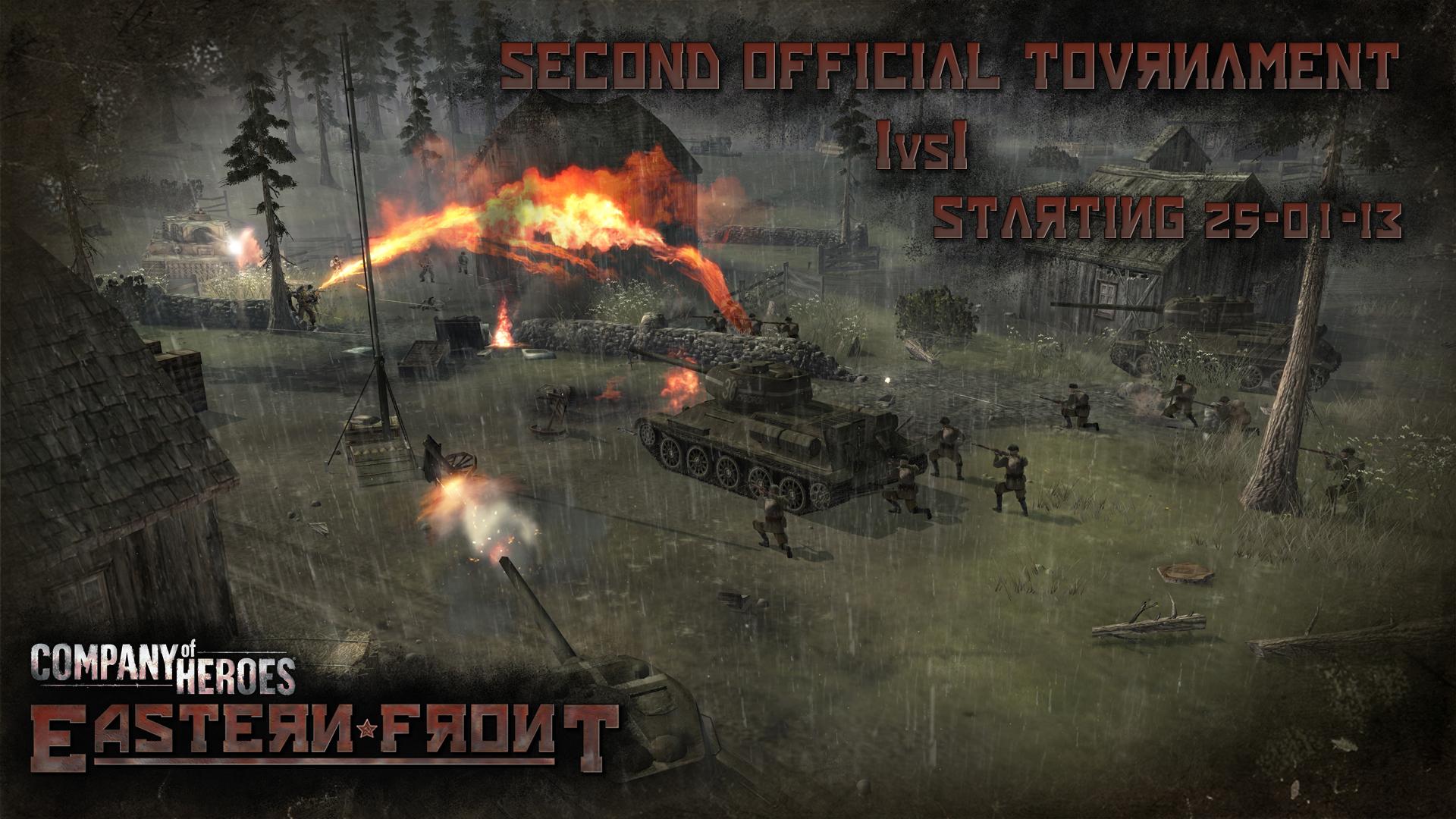 today we want to announce a very special event for all of you; the second official Eastern Front tournament, brought to you by ApeMen!
Signups are open from this very moment on; just sign up via BinaryBeast Link: Binarybeast.com

As this is an Eastern Front tourney, games will be played on Eastern Front maps. Except for the games from quarter finals on, players are able to decide for a map by mutual agreement, choosing from the list below:

Please arrive in the chat lobby 10 minutes before game time. Matches on Saturday and Sunday begin on 5pm GMT. If you don't show up by 5:10 pm GMT, a post will be made on the forum thread by your opponent and you will be disqualified.

If your opponent doesn't show up they will forfeit and you will go through to the next round. Please make a post in your thread on the forum 10 minutes after kick-off to keep the Referees informed.

Important: In case your opponent doesn't show up at kick-off time, be sure to thoroughly check the forums so he cannot simply make a thread, claim you're not there and go through to the next round without you noticing (it can be hard for the Refs to track this).

If your games went extra long, you are allowed a 10 minute break before you must start your next Round.

One of the competitors, either you or your opponent, should start a thread in the Eastern Front Replays forum, titled like this example: "Quarter finals: Greshnack vs Baumbart".

Use these threads for arranging to meet in Relic Online, announcing the results, posting replays (use attachment function while posting a reply in the respective thread), uploading screenshotter packs, & reporting no-show opponents.

Failure to upload all of the replays and all screenshotter packs WILL result in you not being able to advance to the next round. Replays must be uploaded to the replay section accordingly before being put through!

As soon as the player is put through their individual topic may be locked until the end of that tourney day.


If you have any questions regarding the rules, post in this very thread.

Your Referees for the Tournament are:

The rest of the CoH: Eastern Front developers will support them.

Thanks to Gamereplays.org and especially to Budwise for the permission to adapt their tournament rules.

Might want to update the picture so that it shows that it starts on January 25th :)

@Darkbladecr
That's a good advice. Thanks :).

Any chance of shout casting or maybe vods? It's been way to long since I saw EF casts.

@CadianConscript
We'll see what we can do ^^.

So you guys are in Great Britain?

how to play using hamachi? i dont have relic account

unfortunately, I'm not from the west..