With the first release of the Internal Alpha version, work has finally progressed to a point where everyone on the team can start working together in cohesion. But what is included in this Alpha? That is summarized in this week's update!

Welcome to the first May update on 1964.

With final exams and end of term projects plaguing many of our Team's members, progress has been slow. This has changed! With the conclusion of my last Civil Engineering exam for the semester, I have been hard at work putting together some solid work for the mod.

As the keen observer would have noticed, I have scrapped our original tech trees in favor of some more eye appealing and more free-flowing trees. As shown below, you shall see some of the updates. 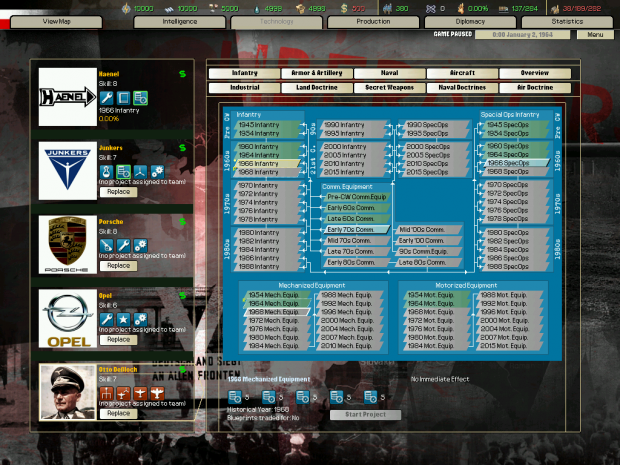 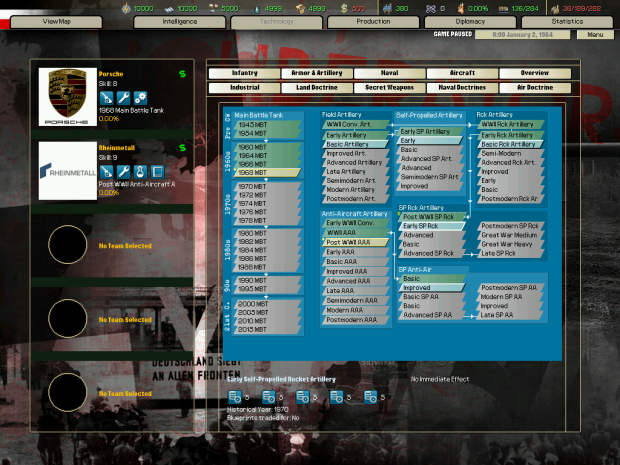 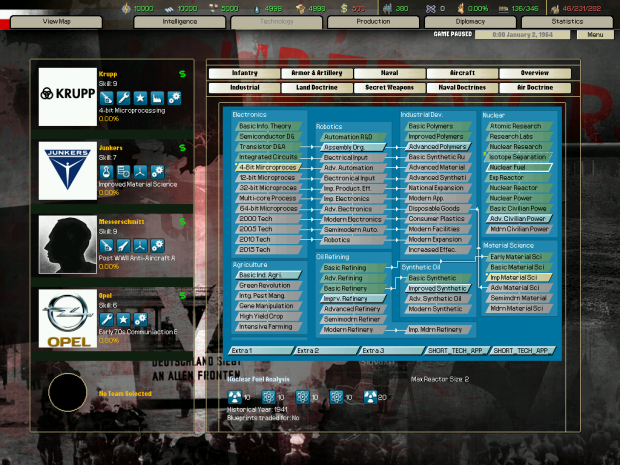 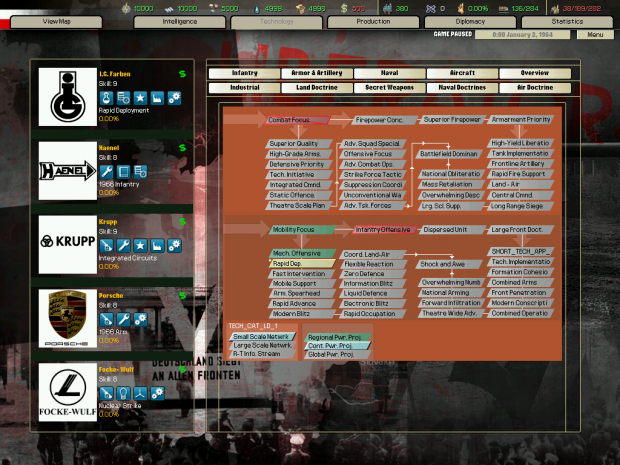 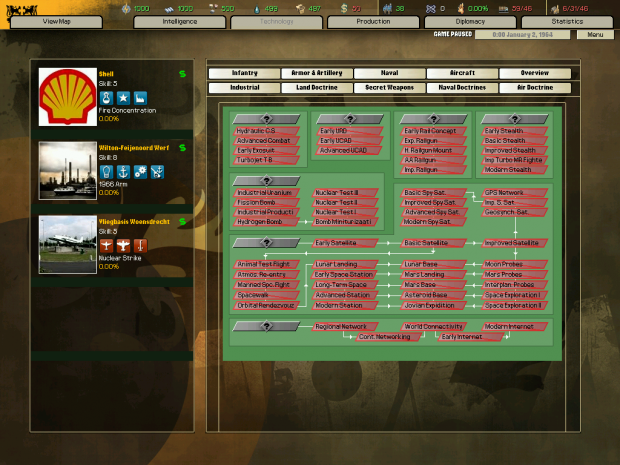 Although there are some language errors (We are aware of this - but you can blame Paradox for spreading its language codes throughout 4 different files) - this is what we intend to keep for now, with some minor changes.

In addition to this, the Alpha also contains 23 complete skins for 23 different countries. These have been completely redone, and above are some examples of the awesome work they have been putting out since the beginning of January.

Not included in the Alpha, but still as important, are the continued output of Tech images, Leader and Minister Picture, and Model images. Oh, yeah, I guess I forgot to tell you that a few weeks back. We have decided that SKIFF and their images were awesome, Lelouch and some others have been hard at work at producing these.

This concludes our update this week. We thank you for your continued support.

Excellent update feuersturm, The Technology tree is great cause it has detail without the over complication that mod 34's tech trees shows. Eagerly awaiting this mod and wish you guys the best of luck in completing this Mod.