Today we let you know that TGW mod is still alive and there is no better way than showing a whole new army!

The Great War is a modification for Company of Heroes meant to bring the war a decade or so earlier. This mod focuses on the later years of the First World War. Currently the two teams will be the British Empire against the German Empire, however with the time the team will bring some more nations in, such as France and Austria-Hungary.
This mod will focus on realism but keeping the game balanced enough to make it enjoyable.
Things to look for in the mod are the famous artillery strikes and the infamous gas attacks. Trenches will provide vital cover for infantry while tanks will roll over the battlefield and instill fear into the enemy troops.

After a long time without any kind of update,we would like to let you know that our projet is alive.
Due to the lack of proper modding tools,we somewhat paused the development,but,thanks to
the knowledge from those great modders out there,we are running again.
A picture is worth a thousand words and we are going to show you some...
In the following pictures you´ll see a great part of the 1918 German Army.
The great textures you´ll see were made by don Durandal and the modelling part by Jorge
About the development...as always we won´t reject anyone who wants to help us with models,textures,sounds,coding,etc...
Feel free to comment this update,give us feedback,suggest things and participate in the forums. 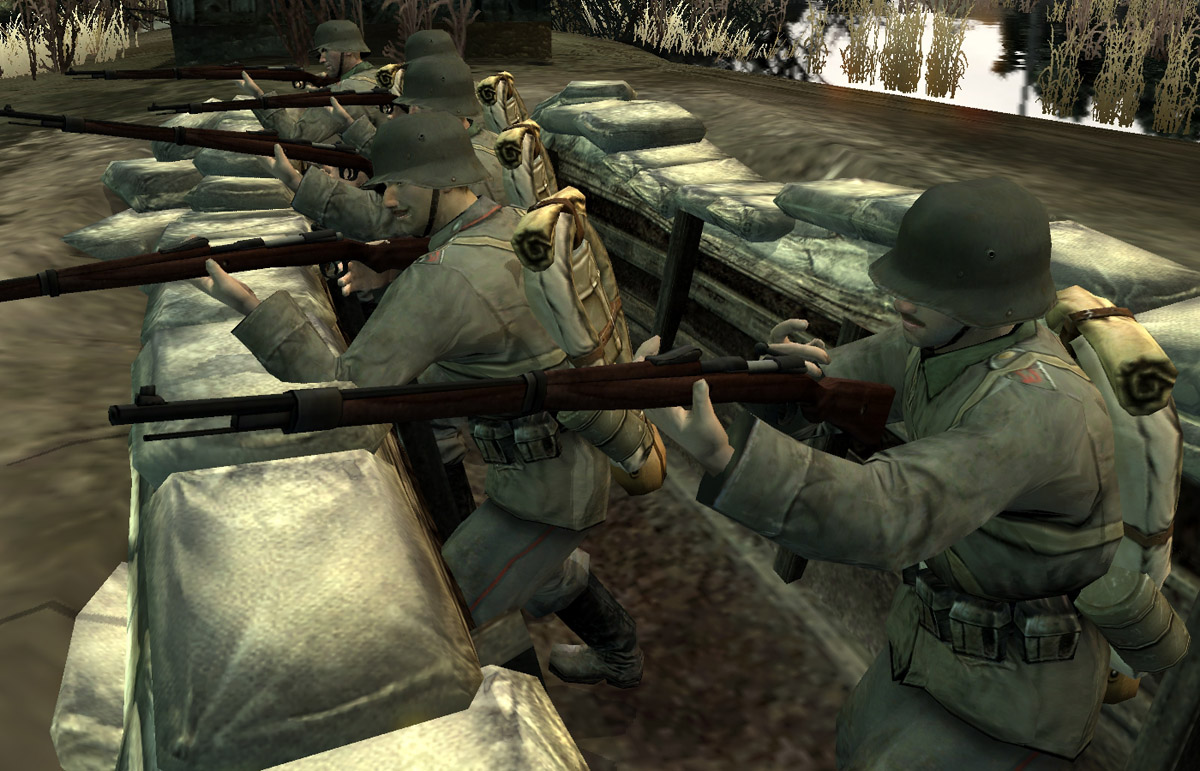 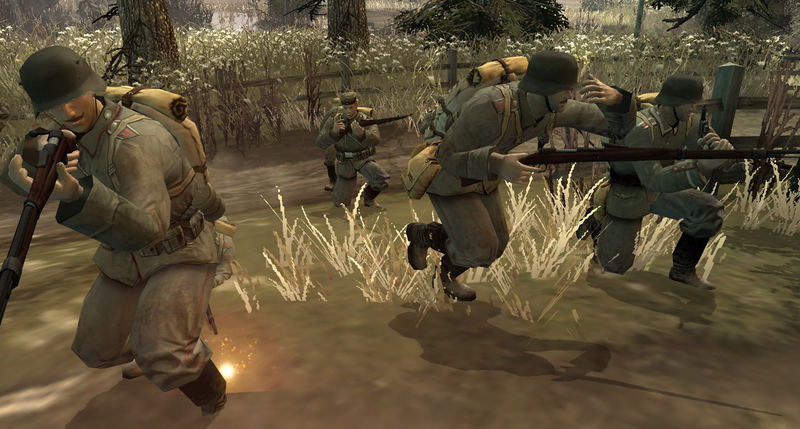 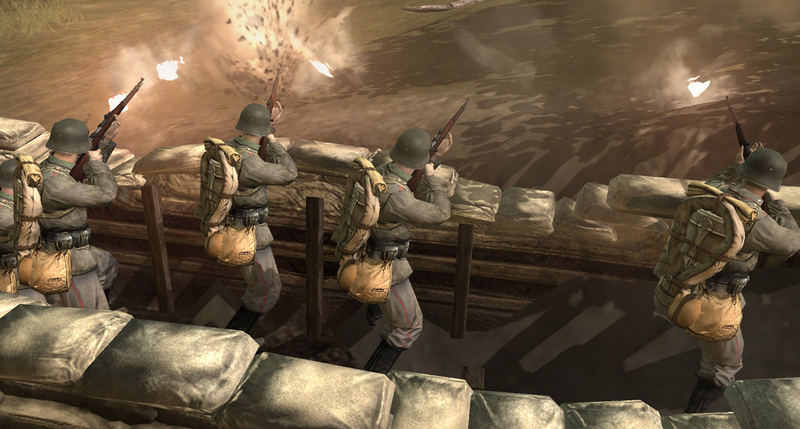 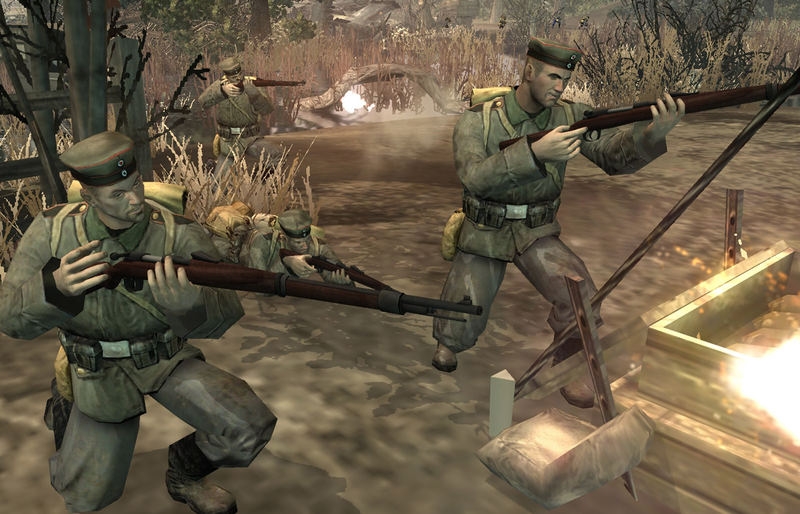 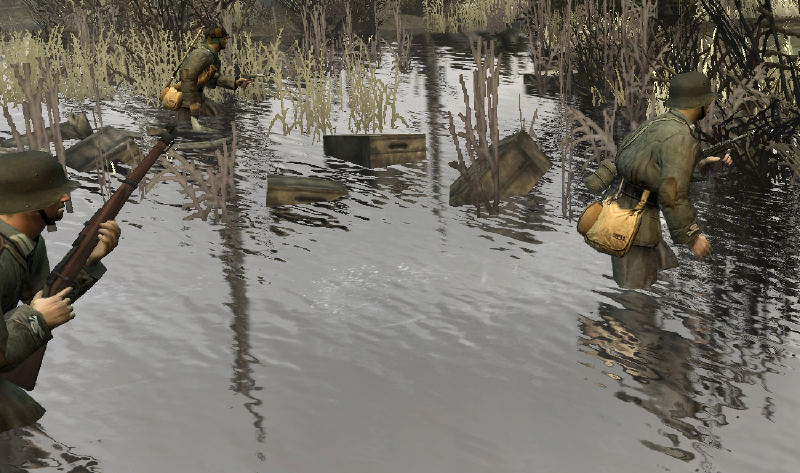 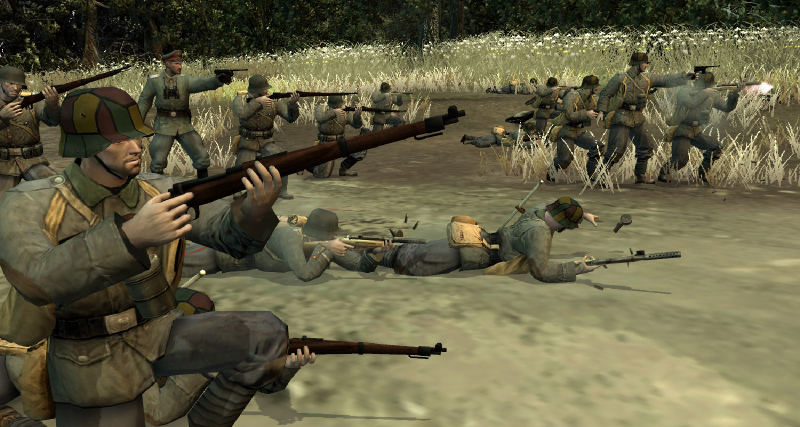 It's about time :D

Wooooooo! Get some! YEAH! What are we talking about?

wow it looks just like the real WWI German troops that you see in the photos and films! Nice work.

i think this mod Dont need austria hungary because they had the same gear like the germans ( british and americans had the same too),spoke the same speak ( german ). so everything was the same. please when you create a new nation let it be italy or something new. suberb mod :)

We need to balance the amount of factions in the Central Powers and Entente side. If we added Italy first instead of Austria-Hungary, then we'd end up with 3 Entente factions vs Germany alone.

And the Austro-Hungarian army was sufficiently different from the German Imperial one to make it diverse. They had their own weapons, artillery pieces, uniforms, planes and armoured cars, as well as colourful units.

be sure to make the austrians allso waay crappier than germans coz austrian units were close to being worthless, they even got pwned by the russians, who werent all that great either. i think its gonna be hard to balance if ur going for historic coz austrian troops beeing crappy was the history

There was more to the Austro-Hungarian Empire than just Austria you know? As a matter of fact ethnically German units (i.e. those recruited from the currently Austrian regions) were some of the best performing of the A-H army during the war, and constituted only a fourth of all soldiers. Just check for Kaiserschützen, Kaiserjägers or the Hoch-und-Deutschmeister Regiment.
Well, I get what you are trying to say. Note however that the underperformance of the A-H army had more to do with an inept high command, insufficient industrial capacities, low moral due to famine and ethnical tensions (including the whole surrender of some Slavic units) than the performance of individual soldiers.
As for balance and design, we thankfully know what we're doing ;)