A recap on the screenshots that have been released so far in our 10 Mad Days of Screenshots Special, and another Developer Friday interview. This week's interviewee is Mario Marquardt, one of our level designers. 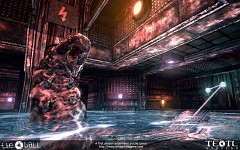 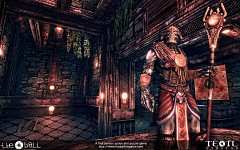 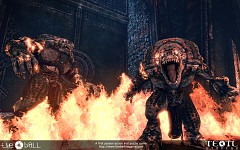 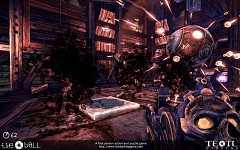 This weeks Developer Friday is devoted to Mario Marquardt, one of our German level designers.

I’m Mario Marquardt, 25 and from Germany where I’m currently doing an IT apprenticeship. I’m mostly doing level design for The Ball, although I have been working on some of the puzzle scripts in Kismet as well and I made some of the static meshes you see in the game, too. But if I had to name just one thing it would be level design.

It pretty much started in early 2009 when Sjoerd asked me if I wanted to make a level for the Survival game mode. Since I was already a huge fan of the mod, the decision was pretty much a no-brainer and the result was "Teniza". Soon after that I made "Atica" before I moved on to contributing to the Campaign as well.

I started level design because I have always been fascinated with the artistic aspect of games. While I always enjoyed playing games I guess I almost liked walking around maps and seeing all the details and enjoying the environment better than just playing. So I gave it a try in the original Unreal Tournament and got hooked right away. Since then I’ve made levels for several games and on different game engines as well but kept coming back to Unreal =)

That would be the train rides and the train station in Oztoc 1 and 2. It was a pretty big part of the original content I had to replace and a lot bigger than the Survival levels I had done before or my levels for the UT series. It also required a different kind of attention because everything had to fit in with the rest of the level that was made by someone else. So that was definitely challenging but fun nevertheless.

The atmosphere! This is something that captivated me right from the start. Everything just seems to have mystery and adventure written all over it in capital letters and that’s what makes it fun. You’re literally stumbling into this strange place and it feels otherworldly and dangerous but entices you to go on at the same time. To me, it has a good bit of the old school feel I’d like to see in today’s games more often =)

Nice looking forward to it!

These screenshots are very kick-*** !