Twas the Week Before Christmas, and all through the house, not a creature was stirring, not even a~ ... turtle?

Posted by TheConjurersTower on Dec 19th, 2012

Merry yuletide to all, and to all a good cheer! A new update is out with lots of fun stuff! 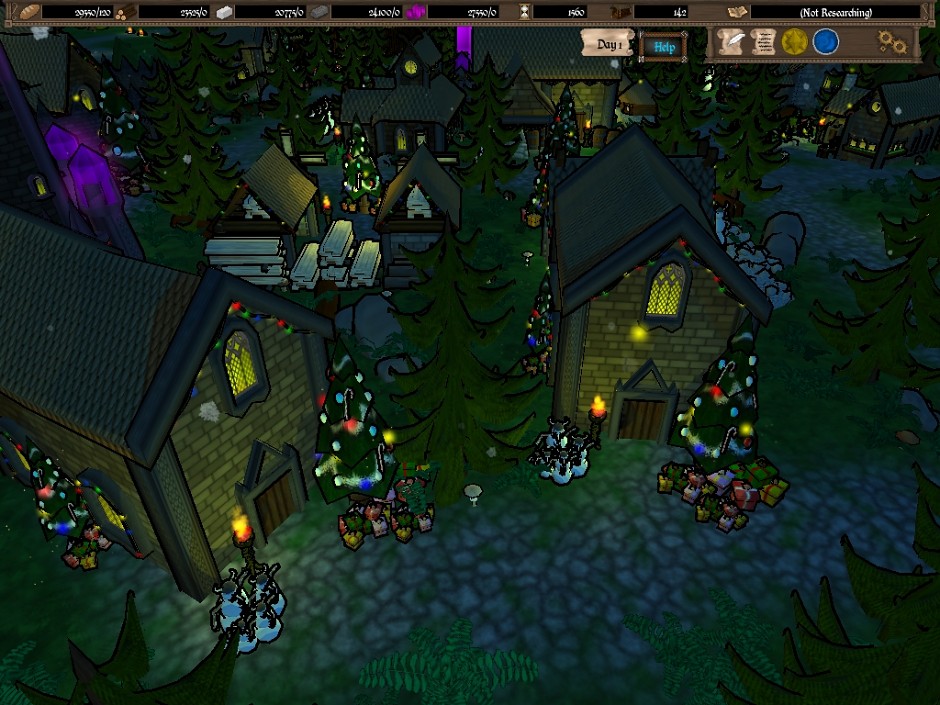 The most noticable change in this latest update is probably the awesome facelift that the Enclave and all friendly battlefields have received. As you can see, the world is a lot more lush and full of life. And some of the UI is also getting an update, making it a lot less obtrusive and, in my opinion, a lot prettier too.

Continuing along the path of aesthetic goodness, and in honor of the season, I have also included festive Christmas decorations that will adorn structures built in the Enclave and give the place a bit of yuletide cheer, all of which can be toggled on or off just like the Halloween ones. 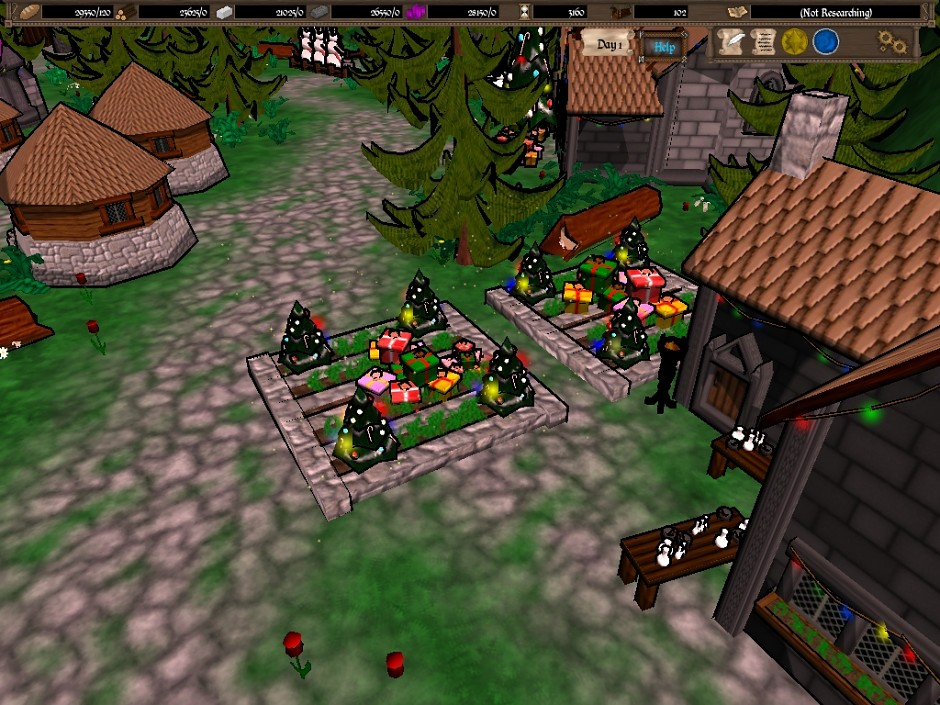 But enough glitter, what about substance? Well now thats a bit of a mixed bag... The entire Ironwrought Structure tier has been added to the game, and bringing with it 16 new Turtles to recruit and deploy against the enemy, which has also received 7 new Owls. Heroes can be ordered to take positions on the right, center, or left of the battlefield, allowing you to take full advantage of their added damage more effectively. And last but not least, Research can now be pursued right from the start, without a Library present, but building one will open up more techs and also add to the speed at which Technologies are researched, which will stack the more Libraries you build. 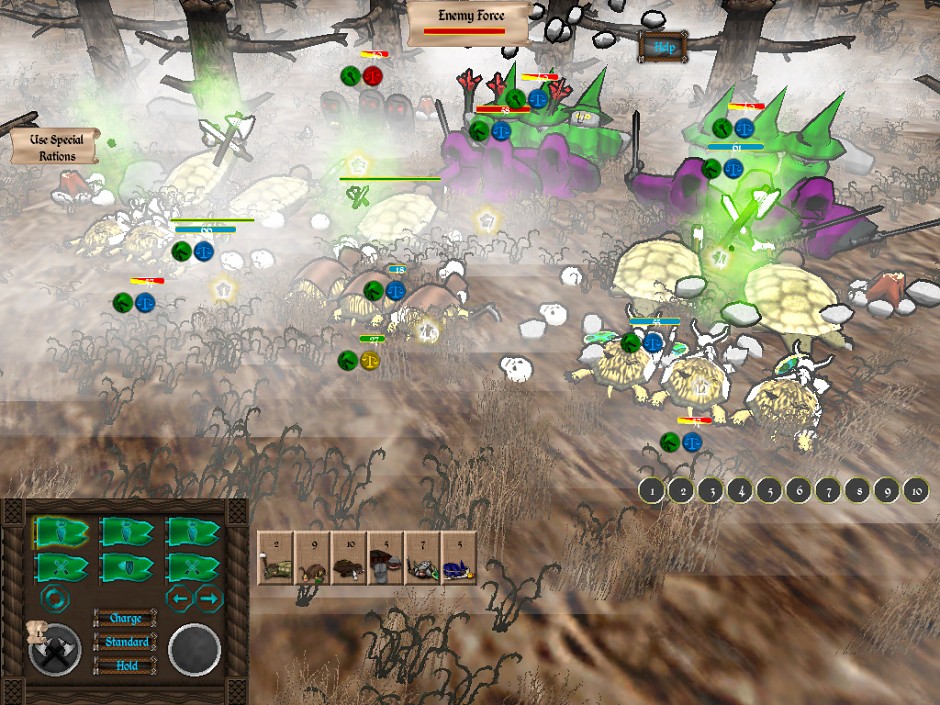 But wait! What about new Crops and new Techs? What about the Villains and Heroes? Well... Due to time constraints, the underestimated size of the full update, and the time of year, I have opted to release some of the more pertinent content early, and release the remainder in a few weeks. You'll note the current version is 0.4.8, not 0.5. So sometime after the holidays, when all the new content is finished and ready to go, I'll release 0.5 proper and the Ironwrought tier will be complete. 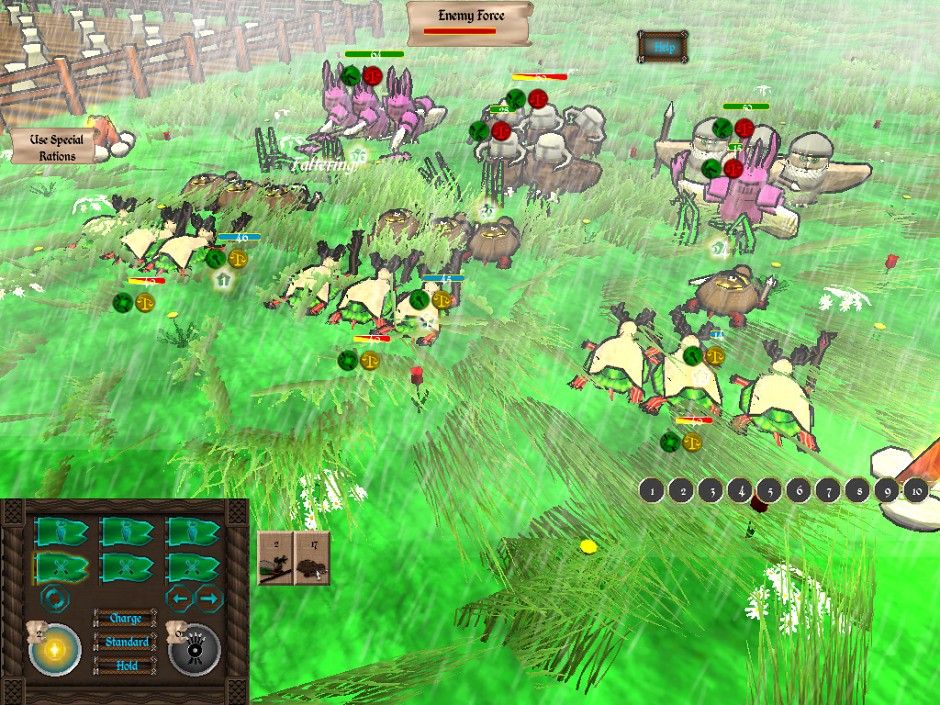 Let me know how you like the game so far, all feedback helps me to make a better game! Thanks once again for reading and a very merry Christmas to you all!
~ Heftig.

Due to sheer carelessness on my part, I have mistakenly uploaded the Demo as the Full version and the Full version as the Demo! Installing the 'demo' through Desura will now give you the full game, while purchasing and installing the 'alpha' will grant you only the demo. (Although the standalone EXE installer is the correct full game so buyers can get that and have access to the latest content...)

I am compelled to offer you all my sincerest apologies for any confusion, disappointment, or inconvenience this mistake may have caused. I have submitted the correct files and they await approval from Desura, after which both branches should be correct. (Now would be a good time to try the 'demo' before the real one gets approved! *nudge* *nudge* *wink*)

On top of that, Desura is having a bit of difficulty with their mirrors so access to these files will be tricky until they get that sorted out, thats all I know about the matter, when I asked them about it they asked only for patience and said it will be worked out, since they're so awesome I have no problem granting them some ;)

Thank you for your understanding and enjoy the game!

Apparently all is in order now, the proper builds are in place and the mirrors appear to be dishing them out. (As far as I can tell)

Once again I apologize for this slip up, and I have taken steps to ensure that it doesn't happen again. Thanks for stopping by and enjoy the game! Merry Christmas everyone!