The standalone version of the popular Crysis singleplayer modification Wreckage is available for download. Wreckage offers an action-oriented presentation, professional execution, complete dubbing and Crysis-level graphics. Developed by the team who brought you "Rainy Days".

Hello Wreckage fans! In our newest update we'll feature the work of Patrick H. who is responsible for the scripts of the second level and three cinematics.

Hello Wreckage fans! In our newest update we'll feature the work of Patrick H. who is responsible for the scripts of the second level and three cinematics.

The most extensive task are the Flow Graphs. They need to be arranged in a modular construction system and controlls all the actions in-game like the mission objectives or the movement of your teammates. 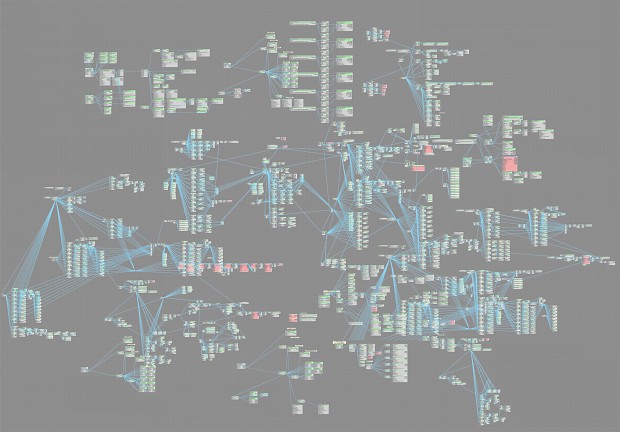 The trackview system of Crysis allows us to create ingame cinematics. We use this helping hand for example for the intro or atmospheric scenes like flying helicopters in the background.
To create a video all you need is much hand work. Every object has to be placed on the positions where it should appear in the ingame cutscene. If it should move you have to record different coordinates that makes shure that the game knows where the object should be at a specific time. Even the facials are moveable and the expressions are checkable. If you need an angry looking general - no problem.
Fortunately the cutscenes could be combined with the FlowGraphs, so Patrick built a script to controll the blur that helps him alot!
Because your're looking through the eyes of the hero in first person shooters, the camera has to imitate the human eyes. With the additional voice of the character we want to create the illusion of a real person.

Trackviews are also a good method help to create playable and always exactly the same moments. In the last level I used this technique a lot, but more infos will follow.

Last but not least here is a comparison between the editor view and ingame cutscene. 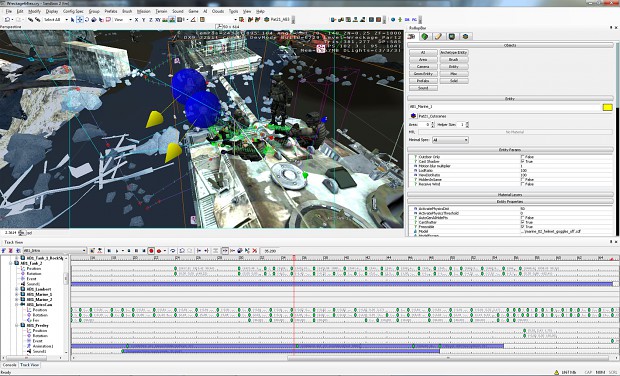 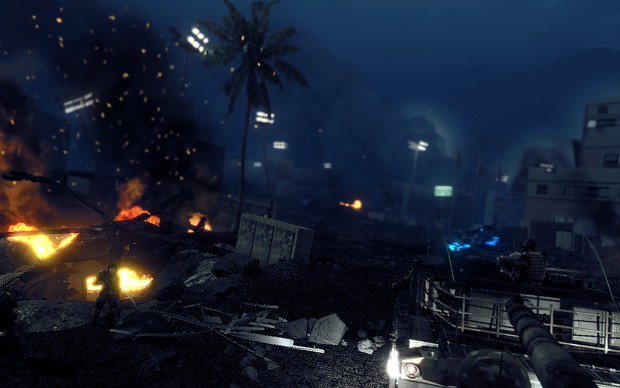 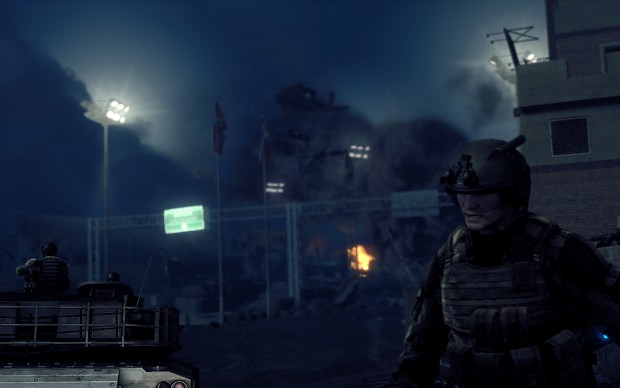 (The green points represent the coordinates of the objects, at the left all objects are listed)

Stay tuned for the next updates and we could be excited what the two beta testers have to say. :D

That flow graph is insane :s. I'm sure it would of been easyer to just code it in c++.