Blade of Agony is a story-driven FPS. The project is inspired by WWII shooters from the 90's and early 2000's, like Wolfenstein 3D, Medal of Honor, and Call of Duty, but with faster-paced gameplay in the spirit of Doom! The game can be played standalone using the GZDoom engine as a base.

It's 1942, and the war approaches its peak. The U.S. has joined the Allied forces, and the Soviets are pushing back the front in the east. The tides of war are turning, and Hitler's victory seems more and more beyond his grasp. But the Nazis, refusing to capitulate, have grown obsessed with human experiments and occult artifacts, in which they see a potential escape from their final Doom. The Allied leaders reject this possibility as nonsense; nonetheless, some still fear what the Führer might be up to. The situation is nebulous, however, and little is certain.

You are Cpt. William "B.J." Blazkowicz, an Allied spy, a fearless risk-taker, and the greatest soldier to ever take up arms in World War II. Your role has changed, though; you've retired from active duty, and now you spearhead operations as a systems analyst. You thought it would be the right choice--leading and motivating instead of doing the dirty work--but lately you've grown restless. At least until a few days ago, when you received an encrypted message from your old friend and comrade Cpt. Douglas Blake, calling you back to duty...

Blade of Agony is much more than just a pastiche of the classic shooters that inspired it; the project will offer a unique experience. It also has many features not often seen in source port projects--Blade of Agony truly pushes GZDoom to its limits.

"This is basically one of the best DOOM mods I've come across." - John Romero

DISCLAIMER & IMPORTANT NOTE FROM THE DEVELOPERS

Blade of Agony is a fictional scenario based on the alternative narratives of the Wolfenstein game series by id software and Bethesda and the corresponding canon. It does not represent accurate history, our political stance or thinking of the development team. We reject any form of racial hatred, discrimination, (Neo-)Nazism, anti-Semitism or glorification of the Second World War.

Since the release of v3.1 of "Blade of Agony" we have received numerous messages, comments and emails. Besides positive messages and words of support, we have also received a lot of opposition and disappointment. 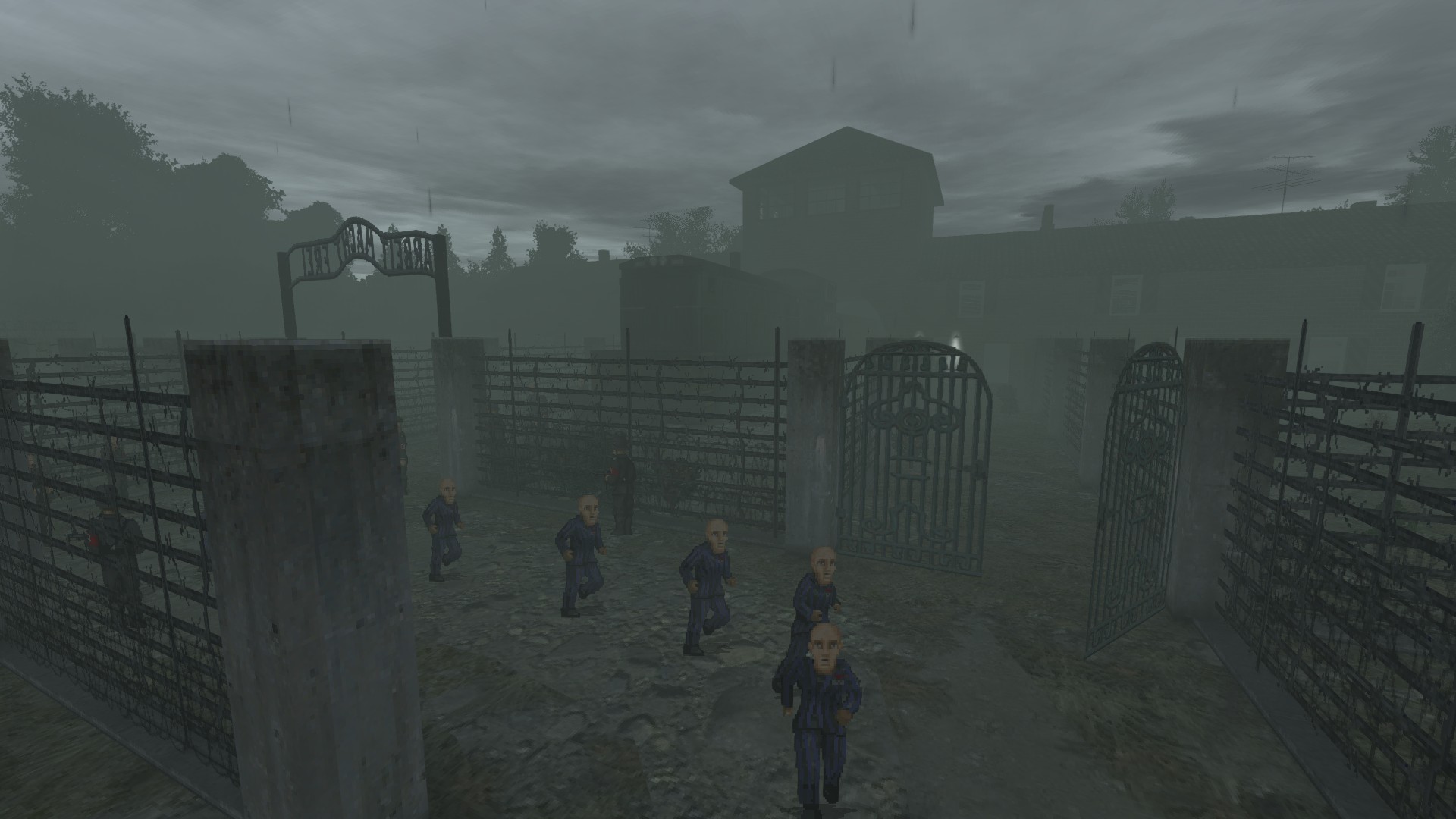 After more than 6 years of working on a project of the heart, these words of course hurt and disappoint us very much and after we had answered some of the comments on ModDB and by email, we now feel that an official statement is necessary to gain understanding and shed light on the matter.

The changes and mitigations we have implemented for version 3.1 do not stem from cowardice we have shown towards some users of the Doom community. Blade of Agony is a creative, free and artistic interpretation within the Wolfenstein universe. And as long as we are unpaid developers working on such a project in our spare time, it must be ensured that we realise our vision as we see fit. This is exactly the motto we have been working by for the last 6 years, releasing the last 3 chapters. So why the adjustments to v3.0 now?

As some of you know, the team around "Blade of Agony" consists of a colourful bunch from all over the world, including Israel and Germany. Wolfenstein 3D and swastikas have long been banned and punished in Germany in the field of entertainment. Since 2018, these laws have been toned down, but games of this kind are still under the strictest observation by the Federal Office for the Protection of the Constitution (FOftPotC). 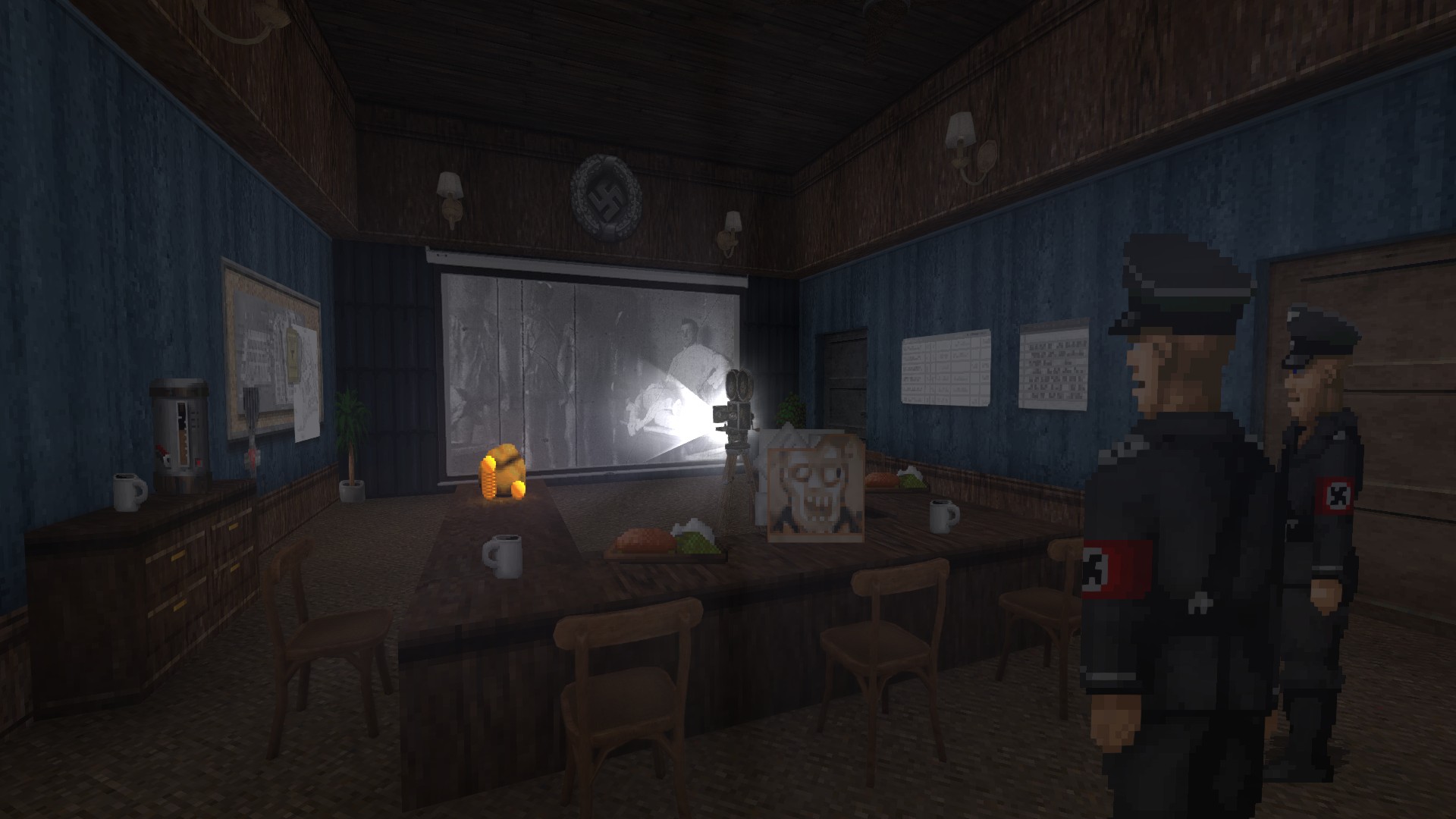 Although we as developers strictly condemn any form of discrimination, racial hostility, anti-Semitism and glorification of the Second World War, there were concerns on the part of various German gaming sites and news sources about whether we had not crossed a line with some content (including the depiction of a concentration camp, the explicit mention of affected population groups or the World Exhibition in Paris with historical anti-Semitic content). From that point on, it was clear to us that we would have to reconsider the content in order to weigh up possible personal damage (for example a punishment from the FOftPotC if they deem the game unacceptable) from all the developers of the project concerned.

The Second World War was the most horrific conflict in our history, and we as a development team do not want to ignore, censor or even deny these atrocities. However, we have asked ourselves what position we are in as entertainers. Wolfenstein is and always has been a fictional scenario, so we have no duty to educate the people who play our game. We want to tell an exciting story. So our yardstick in toning down the game was "What content is necessary to achieve that and what content can we do without?"

Blade of Agony has been released in several versions before and as we changed, removed and added content from version 1.0 to 2.0 based on experience gained and advice received, this is an organic process that has now also taken place between 3.0 and 3.1.

While we can understand some of the disappointment, we hope players will understand why some changes had to be made and why we can no longer officially support v3.0, and ask that you do not share public links on our ModDB page. Of course, we have no influence on what happens in the private area.

We hope that you continue to have as much fun with Blade of Agony as we had during its development and we still wish you a good time.

Thank you,
Daniel Gimmer
and the entire Blade of Agony development team 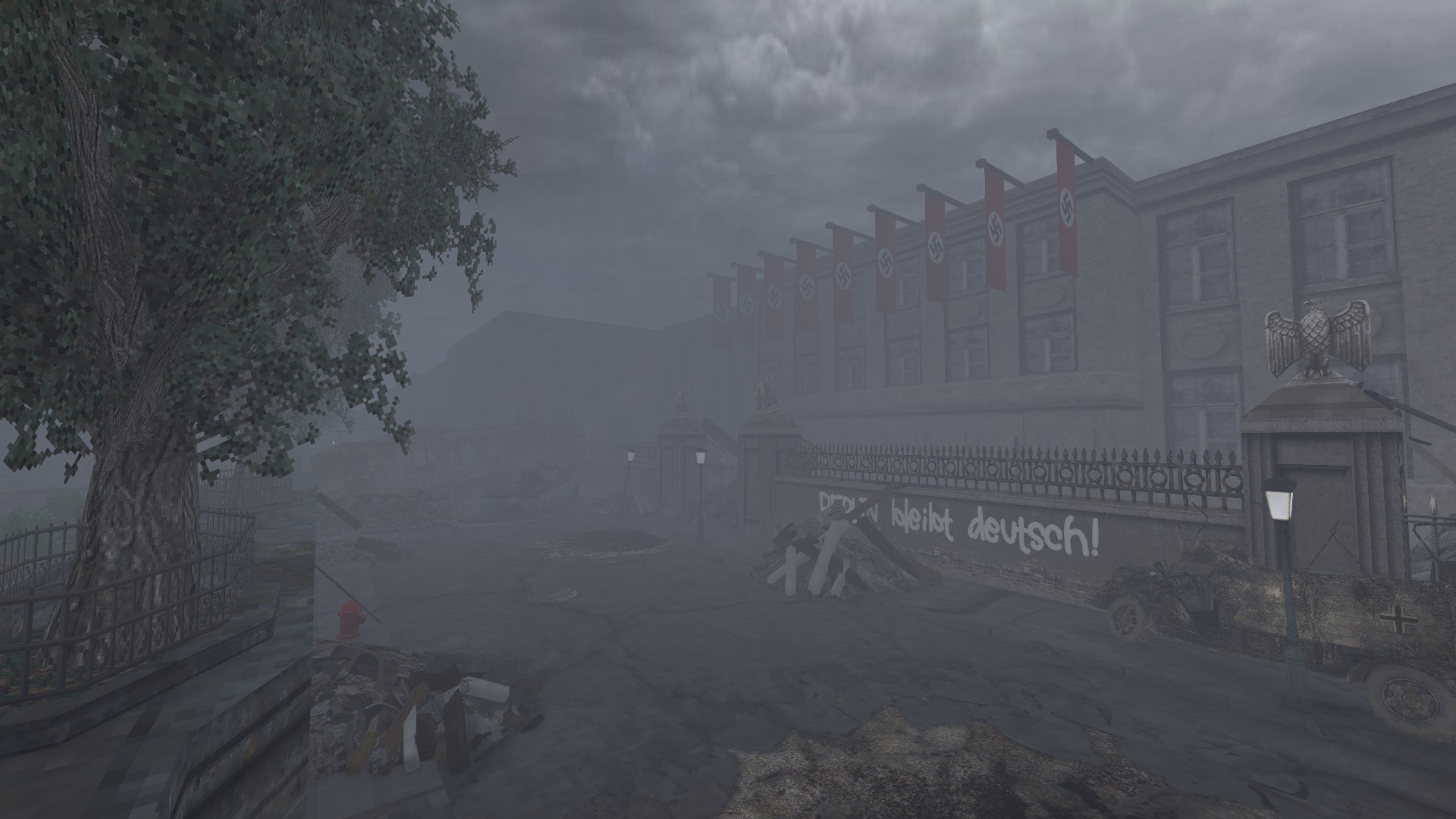 Comerades, it's Friday 9th of July and we hope you are ready to get psyched once again! The new version 3.1 of Blade of Agony has just been unleashed...

After the original v3.0 of Blade of Agony has been taken down one month ago to calm things down, we are proud to announce the release of the updated version...

Blade of Agony | taken down for changes

During the last days and weeks we, the development team behind "Blade of Agony", received a lot of emails, comments and news about the release of the...

You demanded, we deliver | Discord!

The final release of Blade of Agony has been unleashed more than a month ago now and the feedback has been amazing so far. We are currently working on...

Blade of Agony is a story-driven FPS. The project is inspired by WWII shooters from the 90's and early 2000's, like Wolfenstein 3D, Medal of Honor, and...

In case anybody is wondering why it stutters. Or why some hits don´t register.

Ok so I just have to say it. This Mod/Game is freaking outstanding. I am absolutely loving it. you guys did an amazing job! I love the pop culture references and even I noticed some of the sprites taken from Blood with the cultists.(Nice Touch) The music, atmosphere, and story is really good stuff. Nothing but praises over here. thank you for bringing this into the world! Plus running on windows 11, this has to be one of the easiest installs I've had on Moddb.

Hi, I can't run the game. I'm using the launcher, press play and get an error: Failed to execute: 2.

I have problem with episode 3 when u have mission bonus objective is kill 300 zombies. When i kill 75 Zombie my game freeze.

very nice, thanks !!!
downside is I cannot use it with the official "More Weapons", right ?

to be fair swastikas in games are allowed again since 2018. they dont care anymore. they didnt care in movies for even a longer time.

I get fatal error whenever i try to run this mod with 4 addons: efficiency, behaviour, more weapons, movement. It says Fatal Error: Execution could not continue.

This is a fine example of Doom modding power. There is a big variety between gameplay. Some missions are search and destroy a german lab, while others require you to platform in an Aztek temple. Moments later you'll be sneaking around killing nazis with stealth. Just when the sneaking gets boring, the game treats you on an awesome weapon and a target rich enviroment. All you need to do is literally let go and wreck the place. In short this game has good pacing. Enviroments a re beautifully crafted…