This mod is my second complete modification for the Sins of a Solar Empire Rebellion game and I have choosen the Wing Commander universe because never a mod from this universe was finished before.

Wing Commander - Alliance - Rebellion 1.93 for the game Sins of a Solar Empire Rebellion 1.93 + All DLC This mod is my second complete modification for the Sins of a Solar Empire Rebellion game and I have choosen the Wing Commander universe because never a mod from this universe was finished before. It is not a proyect from few days ago, I have been thinking about it more of one year. It is not a proyect started without any chance, I have the skills, the time and the stuff for to complete it at a small amount of time.

About the mod. Mainly it will be a three races mod. Humans, Kilrathi and Nephilim. Clearly there will three factions with them but.......the Rebel factions will add things as the Union of Border Worlds. There will be units from Black Lance and Pirates.

Space structures? probably the biggest challenge. At a first place, I set the mod for to use the original from SOASE but now......thanks to the stuff shared, probably I can replace many of the space structures and I can make some new, it should not be too difficult if I use the same style from the other models.

Poor and old models? I have tested the old models from the original games at SOASE and they look good. The type of shaders with lights and normal maps from this game can help a lot. I have added some cosmetic details to the models as turrets, engines, reflections and lights. Perhaps you think how there are better models around the world, perhaps yes but I have not access to them and in the amount needed for this mod, probably no. However, if you know about some models, please tell me.

New models? probably yes, not only structures. Lately I have searching the models for the Kilrathi and I am sure how I will make some variants from other models. I will show them when I complete them.

Wing Commander I and II designs? I am not sure if I will use them because they are models from other style. I will add a big ? to this.

Amount of units? mostly the same amount from the original SOASE but with more fighters and bombers.

Heroes? probably yes. But it will be the last addition.

Good motivation? when I started the mod, I did not want show nothing about it because perhaps my motivation could replaced by other things. Now I believe how I will be finished. It is a good refresh for my mind.

There are many new stuff, specially stations and space units never seen in the universe, most of them creations from me modifing several other models. 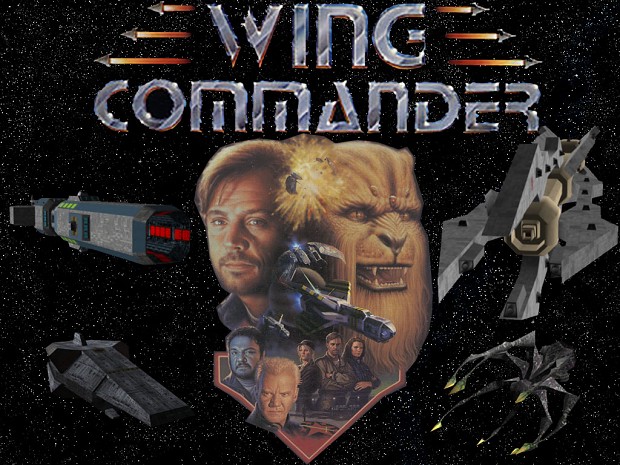