RSS Penumbra Flashlight is Here, White Night to be a Total Conversion

Guys from Frictional Forum completely solved flashlight problem. If previous one legendary, this one now is EPIC!

Hi all;
It's been a while since last update. After La Caza release, and after playing it, I've decided that a full conversion release would be much more appropriate for this mod. Actually, the idea first nested in my mind from Mkilbride's suggestion, so credits goes to him.

What a Total Conversion means?

Well, you know what a total conversion means, but what it means for Amnesia mods? It means custom pre_menu, custom menu background... anything custom with same FPS style, physic interaction. All other can be much more different. However... please don't expect a completely new game from a one man team :) 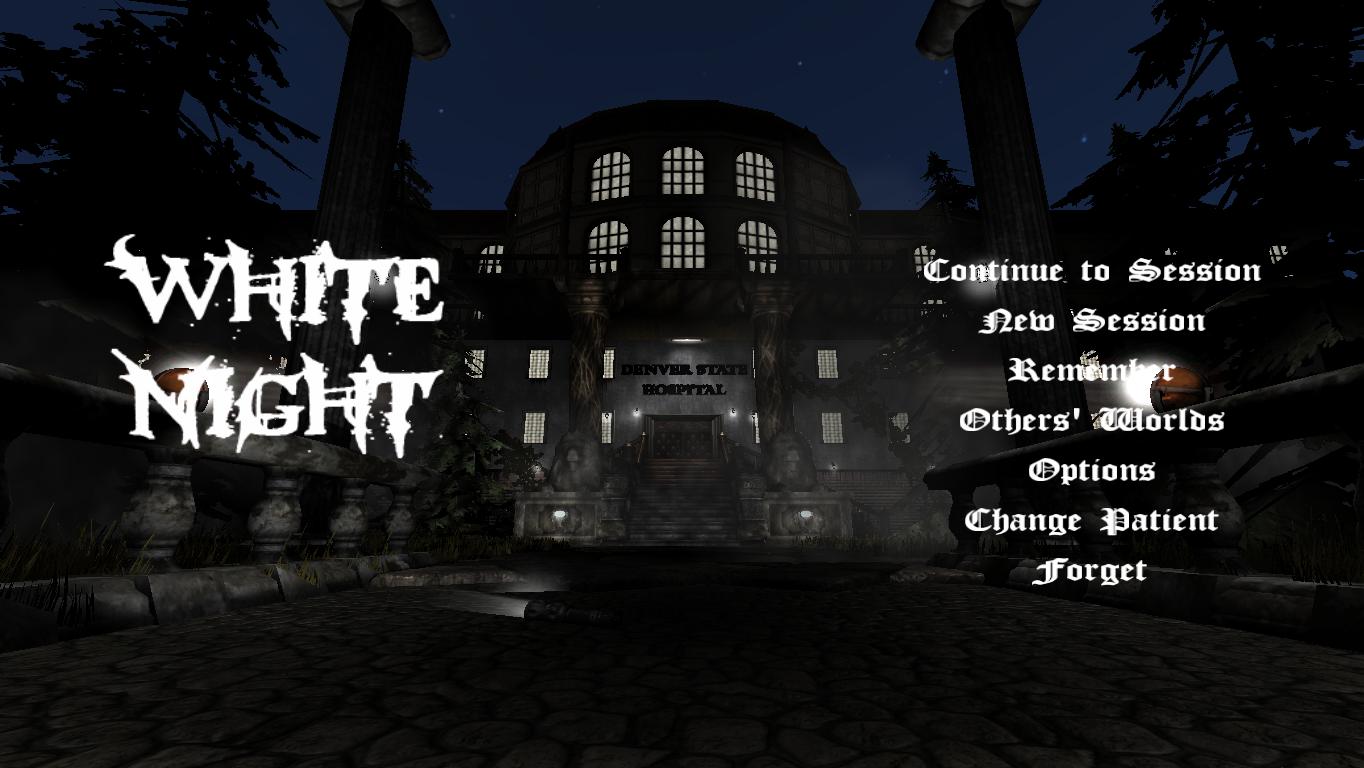 I said this is a work in progress, didn't I? Here you go! I've removed night vision so you will need flashlight to see in darkness.

Now that this mod is going to be a total conversion, I've thought about it's storytelling twice. Is it really worth to put so much work on story-telling and symbolism that nearly nobody will care for? From most of my personal conversations, it's a good horror what people expect from me. This is not a horror mod. It's scary, it'll have it's scares, whole atmosphere will screw your mind, but this is not a horror mod. More like a thriller. Or should I say, between or both horror and thriller.

I've decided to tune down the symbolism and story-telling aspects. It'll be easier to follow the story. I'll rather work on creating an intense and spooky atmosphere.

I've thought about releasing a demo and talked about it to one of my friends helping me about this mod. He said it'd be good. Not the one I sent the people to get their criticism and feedback though, but a new level that nobody has seen yet. What do you think about it?

Woah. Everything is almost custom made...and the flashlight...I love it!
Also, it may be a good idea to release the new level for some critique.

Careful! Mentioning my name in your news post may automatically scare people away.

Good to know you're going for the full deal though. Your mod has tons of potential and now you'll take it to the most it can do.

But please take my suggestion one last time...do not down the story aspects and such...those are important. Make it scary, make it atmospheric, give it a good story...symbolism, I can agree, can be toned down.

On the topic of a demo...I think you should release one kind of like a teaser...have it not in the game itself, but showing off mechanics and possible things you will employee. Demos often spoil a really nice part of the full thing, which is best played in one setting.

I agree, you should not tone anything down... A good story telling will set the mod apart from any others.

Imagine if you could have an animation with the hand actually reaching for the switch and pulling it down...

Prey had animations like this, it adds immensely to the atmosphere. Also, perhaps give the character a voice, if you can find a good one. Instead of just saying stuff during cutscenes, how about when they encounter a monster, have them say like "Ah, ****!"

Or when they see a grusome scene, like blood all over the floor, have them go "What the hell is going on here?!"

Or you can just do the text thing, like if you examine some blood stains, your guy can go "Ugh, that's disgusting", in little white over-lay text, kind of like in Penumbra. That'd be awesome.

Maybe for example, have the camera take control when you pick up an item and have your hand grab it. I've seen some games and mods do this, and it's interesting.

I really want to see this come full form, there are a lack of scary games these days. Amnesia brought back the chill I hadn't had in years.

We have hands grabbing the levers in our Crysis mod. It was damn hard to implement but it looks great.

Well, this is Amnesia and getting this far is something incredible in its own. If it were Source or CryEngine, everything would be possible with enough work; however HPL2 engine is not wide enough for this kind of moddings.

Horror-Mod Fans! Other with 173 members