Hello, i always had the idea of making a total conversion mod about the warhammer 40k universe and the one scenario i found that could be more easily converted into a ck2 campaign would be the unification wars a period of the conquest of earth by the emperor of mankind himself. my modding abilities are not godlike but i think its worth at least trying. 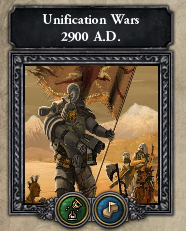 The Era of Unifications is for now the only bookmark present in the mod, it started in 29000 approximately, in the mod i chose 2900 because Crusader kings II sometimes gets buggy if you use a start date that much in the future, and its not that difficult to wrap you head around one less zero.

The main characters in this start date are only as of right now.

Kalagann: Leader of Ursh Known as a chaos cultist and an extremely powerful overlord that can be a challenge for the conquest of the emperor if his favour in front of the Gods are fulfilled.

Emperor of Man: The main focus of the mod, his objective extremely bold , to conquer the whole planet.

The capital of the Imperium of Man at the start is of the Unifications Wars is the Imperial Palace a Citadel from where he made numerous experiments one of them being the primarchs who were stolen by some force unknown. 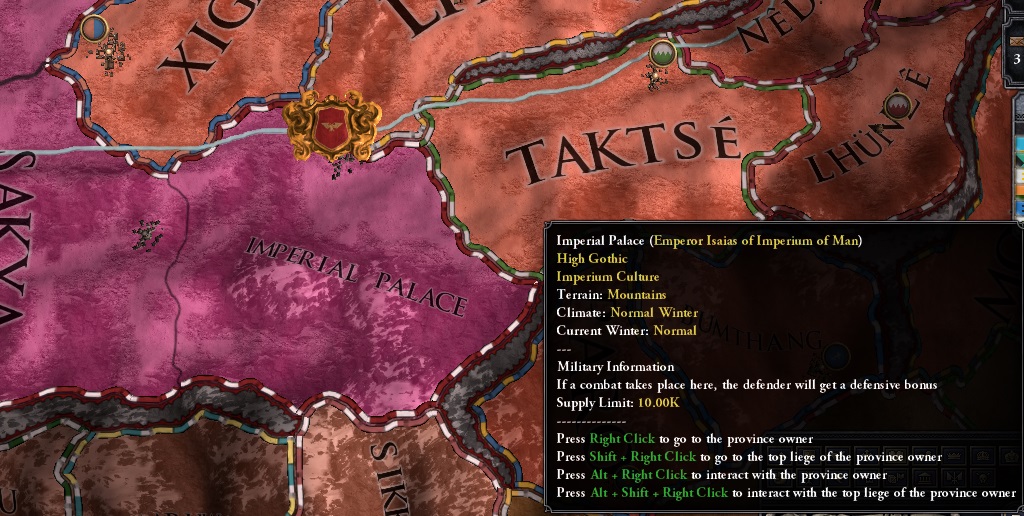 The Capital starts with the main culture that being High Gothic inside the culture group of the Imperium Culture, all the cultures inside the imperium culture mainly refer to them being an at least acceptable way of life and not something unthinkable like merging with robots.

The Emperor of Man had a lot of troops but it was not by just numbers that he would conquer earth, but by cunning plans, diplomatic relations and of course an elite troop known as Thunder Warriors, and after a time Space Marines.

a perpetual something not entirely known is incredible powerful and so i made his trait show that. 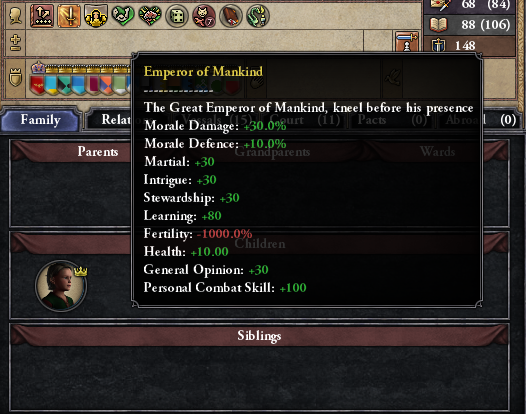 Making this mod alone is showing to be difficult as i have to go to each little county and change the culture of it, the two i have right now are Techno-Barbarian and High-Gothic the two are the main cultures of Ursh and Imperium of Man respectively.

I do this mod as way to learn a little about modding CK2 and to use a little of my knowledge about the 40k lore that i know and love, so expect that i will be very slow to update my mod and to give new dev diaries, thank you for reading :)

In This Dev Diary i explain the main four factions and the localisation of some of the imperium of man.

This is the First Diary of Warhammer 40k Unification Wars mod.

Unfortunately, it seems that the mod has been abandoned... Too bad, it was promising.

What news concerning the progress of the mod?

Is it still under development?

I really wanted something like this, it looks awesome!, although I do have one question, is the mechanicus going to be an off-map power?

I don't know yet, i have zero experience dealing with off-map power but i would like to add mars as either an off-map or an decision to interact with mars after you conquer or have a good amount of gold.

Is this mode dead or is it still in progress?

Slow progress, making the history of characters and counties is a little troublesome for me alone and i still think that making a new map that resembles earth but is a little more desert like much cooler than just using the vanilla one

Just take your time man. This is a really cool mod idea!