US Intervention (USI) is a modification based upon the Persian Gulf War in 1991 where about half a million US troops fought among other allied forces to liberate Kuwait from the Iraqi forces. The mod was originally created for Battlefield Vietnam. We felt that Battlefield 2 would be a better alternative so we started building there. The first release came out in May 2006 with a lot of content. In the same month a hot fix was released after a new patch was created for BF2. Every new release is meant to build upon the previous release adding more vehicle, maps, game modes and overall environment. Version 2.0 is due out soon with 83 different weapons firing 33 types of ammo, 76 vehicles, and 18 levels to battle on. Realism is a key factor this mod follows in the creation of the content. With some real and possible events being portrayed in every map. The battles have been evened out to give both sides a chance of winning. Teamwork is the key.

This patch will replace all map files for the 2 maps crashing with 2.0g. 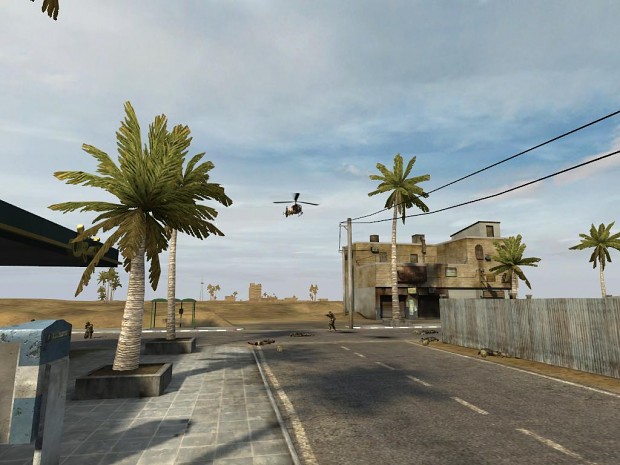 Stop making us re-download so many things! It's driving me nuts!

Ok, now I´m completely confused and this version number mess is not helpfull at all...

I appreciate that you fix the errors that quick, but why can´t you just name it like everyone else with the version number raised to 2.1 or 2.0.1 instead of 2.0g (which could also mean it´s the german version)
And if you do a patch, name it 2.0-2.1 or 2.0to2.1, but NOT "2.0 (vers.2.0g)" because this could mean everything from a different version of 2.0 with greater content or the already mentioned german language files to a simple patch from 2.0 to 2.0g (which was said wouldn´t exist btw.)!

It´s just a big mess so could anyone please clear it up?!

does it work in singleplayer?