***MORTAL KOMBAT*** This wad is a gameplay mod that enables to play as UMK3 fighers they way they should be in doom! SCORPION! SUB/ZERO! CYRAX! SMOKE! MORTAL KOMBAT!

GOG, a hotbed for classic releases made new once more and more accessible than ever, has added another iconic title to their kollection - the MK Trilogy, in celebration of Mortal Kombat's 30th anniversary! Coinciding with a sale on MK games on the platform, we've got our own selection of Mortal Kombat content for you to enjoy today with five mods themed around the visceral fighting franchise! 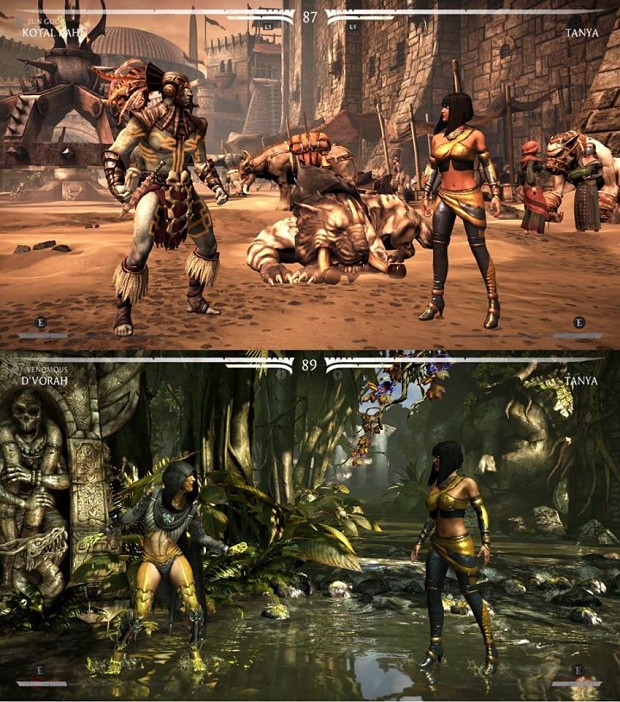 This Mod adds 4 Non-Playable characters to the roster by replacing only a few skins (Feudal Japan Skin Pack and Raiden Mobile Future Skin), and it also adds updated version of Tanya (DLC) to story mode, with her new appearance and new moveset. Whilst originally the characters contained in this mod were unique to AI in various modes, you've now got the choice of additional combat, movesets, and features for your own play thanks to this mod. 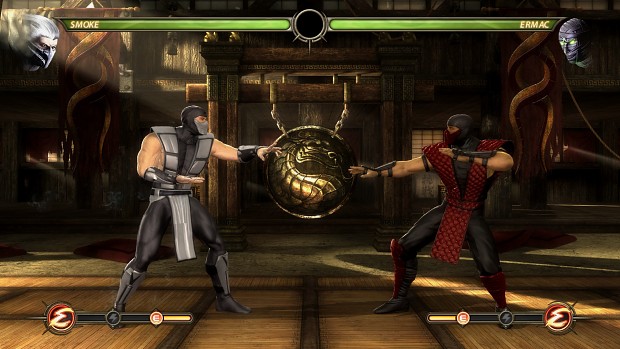 This mod adds 4 playable characters and 12 costumes for Mortal Kombat Komplete Edition. Also adds a modified MKKE.exe that allows to play on stages Pit Bottom and Evil Monastery on arcade mode. All contents works on latest Steam version. The skill ceiling of fighting games is already very high, and some go their entire gaming career just mastering one of the many characters available. Mods that add additional characters, then, raise this ceiling even higher, encouraging further mastery of every inch of the game. 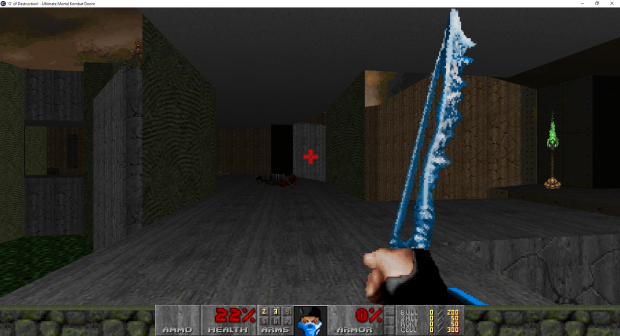 The next few mods coming up are themed mods for other games instead - and where better to start than DOOM, which once again proves if it can be put into DOOM, it will be put into DOOM. This mod lets you fight the demons of hell in first person as some of the most iconic characters from Mortal Kombat, like Scorpion, or Subzero. Though lacking in the iconic fatalities, it presents another way to carve up fiends in a community full of interesting ways to do just that. 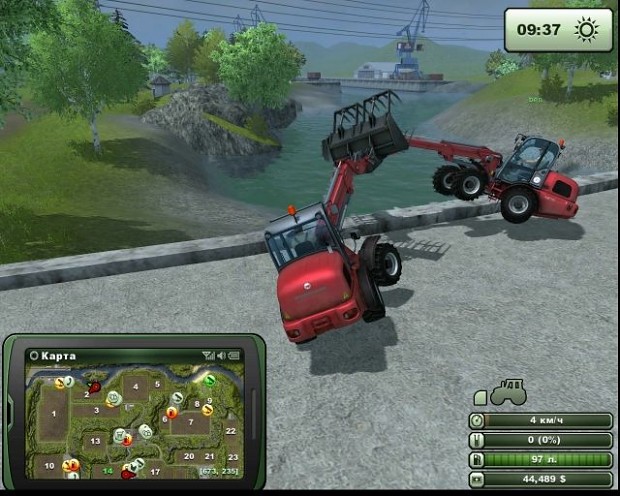 Some fighting games put you in mech suits. Some fighting games even put you in cars with all manner of assorted weaponry strapped to 'em. But how many farming simulation games allow you to settle scores with your fellow produce producers with a fight to the death? This mod for Farming Simulator 2013 puts you in a combine harvester and gives you the chance to fight someone similarly equipped, deciding the victor by knocking them off a bridge to an almost certainly fatal drop. Ouch! 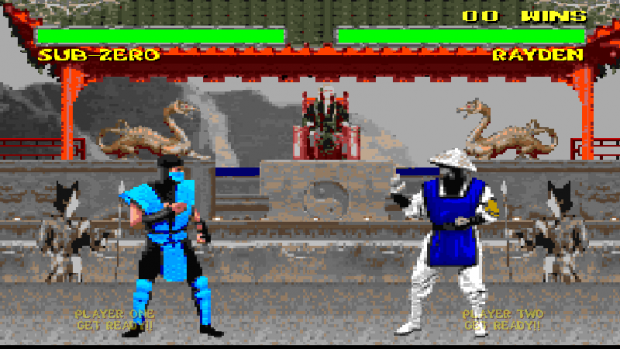 The other DOOM mod on this list, this one's a little more authentic to the original. No longer are you fighting through E1M1 and beyond as the characters from the games, but instead, basically playing the original game itself, contained within the DOOM engine thanks to the use of a sourceport. Although not a perfect substitute for the original game itself, it's a great novelty, and for some, might be the easiest way to kick off a fascination with Mortal Kombat.

Mortal Kombat is a series of iconic fighting games that date all the way back to arcades in the early 90s. Making a name for itself as unusual visceral and gory compared to other titles of the time, the series was more or less an instant hit (helped along by various anti-violence campaigns raising its profile over time) and enjoys a dedicated fanbase to this day. Though generally released on consoles, the Mortal Kombat games have occasionally jumped to PC as well, and now, thanks to GOG, the original trilogy is playable all in one place just in time for the franchise's 30th anniversary. 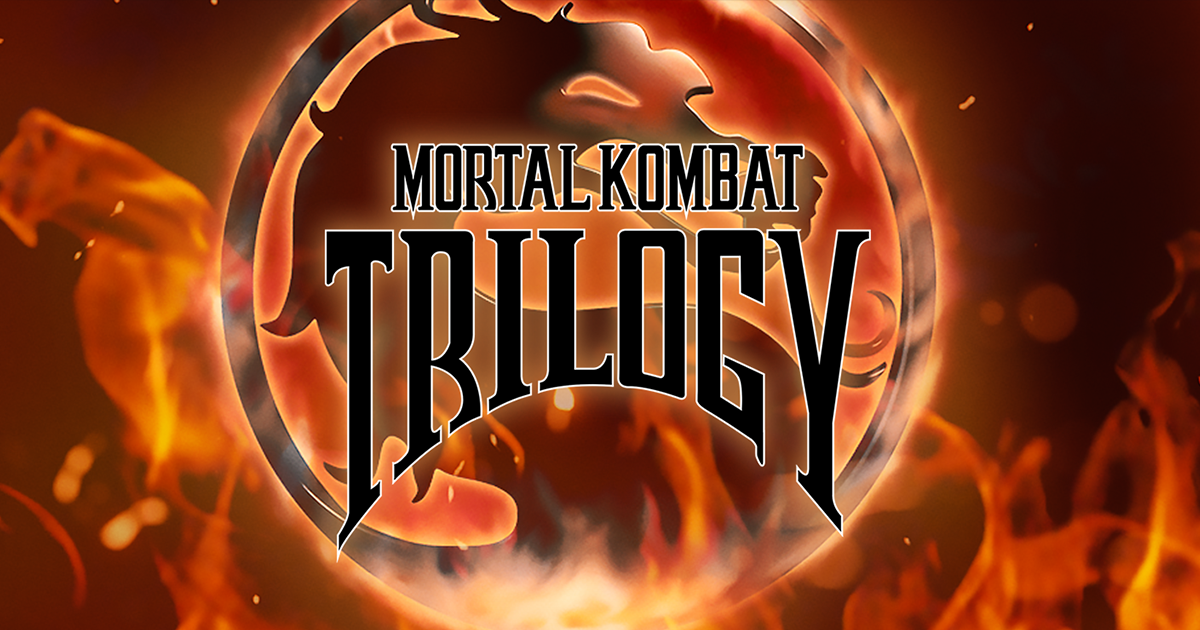 The trilogy is on sale for £10.79 GBP/$8.99 USD, and joins other MK titles already hosted on GOG such as the four entry in the series. In addition, the release also marks a new sale focusing on a variety of classic older titles available via the service, making it a good chance to pick up some old games made new again.

this patch fixes several gameplay elements and rebalances weapons for Ultimate Mortal Kombat DOOM. This is a gameplay mod that enables to play as UMK3...

Ultimate Mortal Kombatd DOOM is back! This time it's source port compatable with ZANDRONUM! Rebalanced for deathmatch, This mod is excelent for Bot gameplay...

!!!!MORTAL KOMBAT!!!! Ultimate Mortal Kombat DOOM is a fan mod deveoped to make the player feel like their favorite fighters in UMK3, the Klassic Arcade...

"I must consult the elder gods!"- Raiden Raiden has joined the roster to Ultimate Mortal Kombat DOOM in Version 1.1 of the Zandronum Port!

!!! You've unlocked a new fighter!!! Noob Saibot is now on the roster!

Just play UMK3 Plus on fightcade instead :^)

Nice mod but it is not what i expected. I mean, i expected it to have iconic MK characters, and not some of them, possibility to do a fatalities, and smooth animation with dynamic gameplay, like in some kind of Brutal Doom clone. But most importantly, i was expecting gore! A tons of gore. Cause that is what the main difference between MK and other fighting games. Well, at least you made a not very bad mod.

i think there are a few GORE mods that should be compatable with UMKD. i can probably link you to one here:

Can you make this zandronum compatible so I can play online with my friends?

i think my next update will be that.

I get this is like a year old but if you want to save on file space, I recommend using TRNSLATE definitions for ninjas instead of just repeating them but a different color

***update*** i tried using translate, it wasn't possible to translate the colors and force each player class to one specific color or skin. unfortunatley that my require an ACS script or more knowlage of how skins work. however i have recolored a skin of the MK3 ninja to make a green ninja for Deathmatch (custom color pallet) puroposes or make REPTILE even.

i was seriously thinking of doing this for the player sprites

We are now waiting for other fighters )
Good mod

Terminator is coming as a "secret" character, along with rain as a new fighter :D

The Age of Hell - A GZDoom game Doom II