Currently the largest mod for Overgrowth. Therium-2 is packed with all sorts of new innovations in Overgrowth custom mods with a total of 46 Levels, around 350 Dialogues and a deep storyline and lore that keeps the campaign moving forwards through twists and turns.

There is full backstory and lore on every single aspect of Therium-2, down to each level, every single building, every character and enemy. You can take multiple paths throughout the campaign, every single one unique in storyline, feeling, gameplay and visual style. Search through every nook and cranny to find pieces of environmental storytelling

Performance is optimized so that even the worst of computers have a chance of running Therium-2, especially when compared to the default Overgrowth story; yet each level still keeps its own unique visual style and identity, never distracting you from gameplay but still making each level a sight to behold. The average Therium-2 level has about an 80 to 90 FPS increase compared to the Overgrowth story.

A challenge to behold: Therium-2 is significantly more difficult and tense than the Overgrowth campaign and Lugaru campaign combined, giving veterans of Overgrowth a true fight, while giving newer players a challenge to take and defeat.

Therium-2 has been released. 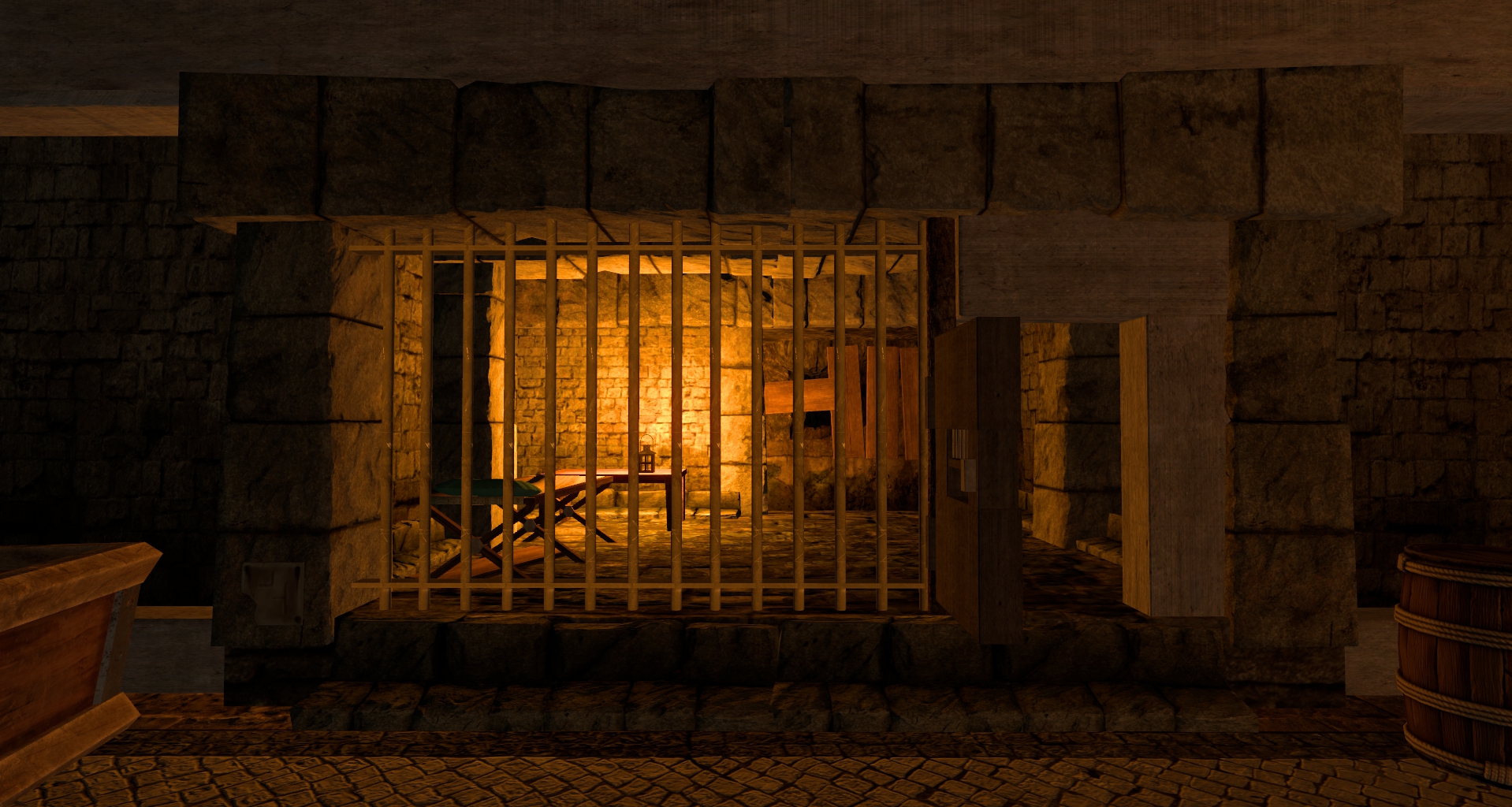 It's a chilly night in the Cinderbreathe Empry - 671, 40th of Spurhelm. A heavy knock arrives on your door: it's the guards. Without stating their reasons, you're taken by force and brought to a strange land; the stone grows, high as towers and nearly as sturdy in unnatural, sculpted formations. The spring air is cold, but the sun shines - not like you're going to be seeing it soon.

Prison is strange: stranger when you don't understand the circumstances. Save for you, not a single prisoner is held within the half-built walls of the prison. What goes on in the private castle within the Empry is unknown to the public, let alone you, but you can't help but wonder: why were you brought here, to a prison so recently built it doesn't house a single person? You can't remember committing any recent crimes.

The only life here are insects and busy guards, working with mallets, nails and wood panels: construction, and lots of it. The interiors are visibly unfinished: the ceiling is raw stone, the walls are stuck together and there's a very noticeable (mostly concealed) hole within your cell, bringing a cold and bitter draft...

In the morning of the 42nd of Spurhelm, a spotted white and orange fur arm pops through the thinly layered wooden boards of your cell, only to drop a key. Whoever the mysterious rabbit is, you'll have to thank him later. Now's your chance.

You need to escape and get back home as soon as possible, and by any means necessary. Your sister is waiting for you to return, after all.

Your journey began with the simple intention of finding home. It ended with the face of Preuwyn being changed forever.

Therium-2 is now an official part of Overgrowth!

Therium-2 is now an official part of Overgrowth for the Steam Winter Sale.

You no longer need to download Therium-2 from either here or its Steam Workshop version; Overgrowth automatically includes Therium-2 by default.

Therium-2 has been remastered and includes new levels.

Every single level looks better, plays better and includes new bits of lore. Wolfire helped me improve and create new content, including a remake of the Empry, and a new tutorial level.

Overgrowth, and by extension, Therium-2 is on sale at 40% off for the Steam Winter Sale!

There's life in her yet! Spare the defibrillators.

It's finished and ready to play; details right here.

A summary of the differences between modern Therium-2 (Beta) and its shameful Pre-Alpha.

Yes, the Therium-MP article was an April Fool's day joke. No, Therium-2 is not dead.

This is outdated! To play the latest version of Therium-2, download the most recent update for Overgrowth.

Just played through your mod and would give it a 10/10! I found the level S2-B2 buildings had some clip issues where you would randomly fall off directly left of spawn, and the enemies can detect you easily from there.

The level also had enemies be able to easily detect you from random locations if you went the main stair way, and in their patrols would always be able to see you.

Also you can never bring your weapon from level 2 level which I found kinda strange. Great mod though!

Hi there been really enjoying the mod thus far, i was just wondering whats the conditions you need to unlock the third path at the hub, it simply says some things are left for better days or has that not been added yet? Regardless was a fun campaign to go through.

The C path will be released at a later date.

How do I get past the bird beak mask/bone suit bunny creature? Nothing kills him. What/where is the exit? I'm almost ready to give up playing if I can't figure this out. I'd almost rather deal with the zombie bunnies in the B path storyline than get stumped at this one level. Doesn't help that my quad-core AMD laptop is running so slow on this level that I feel like I'm watching The Six Million Dollar Man run or something!

Sorry for the late reply.
You can't kill that character. You just have to sneak past him to the opposite end of the site.

sup, sometimes I can't see the letters (a, b) written on the rocks, what could fix it? I tried replaying and an the ''beginning'' level I couldn't see the a or b choice, just normal rocks.

You have to go in and select "Special GPU features" or whatever it's called. That worked for me.

If that helps, at the ''sacred shrine'' the blood on the wall doesn't appear too.

This is a problem we (Wolfire) are aware of and are currently fixing. This can be solved by either restarting your game or clearing your cache.

Got leg cannoned by Jairo 10/10
Best mod ever

A Game of Ice and Fire Mount & Blade: Warband