This week we will be looking at the fourth map! I decided to change the name so it's more of a weekly update rather than a map update, since some of the future updates won't necessarily be about a particular map.

Hello everyone, I hope everyone is excited for Thanksgiving, and if you aren't in the US, then I hope you are excited for the week regardless! This week we are taking a look at the third map in the game - the Ruins. I wanted to discuss the state of this map, as well as future plans, and the concept of an overworld within this HL2 modification.

My philosophy with every map in this modification is that it should contain something new. Every map will include some new gameplay ideology or interesting mechanic so you can expect this map will be no different. Let's discuss how this map fits into the lore of the game first.

The ruins are of an ancient temple built very long ago, and eventually destroyed. The temple was actually the original Highland Temple and was the second location along the Pilgrimage to Ascension. Researchers spent years mining the location, destroying the rock surrounding the area in order to uncover the secrets entombed within. Eventually they came across something very peculiar within (no spoilers here though, sorry!) and the ruins were left as they are.

Later, the highland engineers, a group formed in the modern era to research the phenomenon known as the "Ascension," began building an underground railway system (as mentioned earlier). This location ended up being the central HUB for where all the trains were sent from. Here is an image taken directly outside this supply depot. 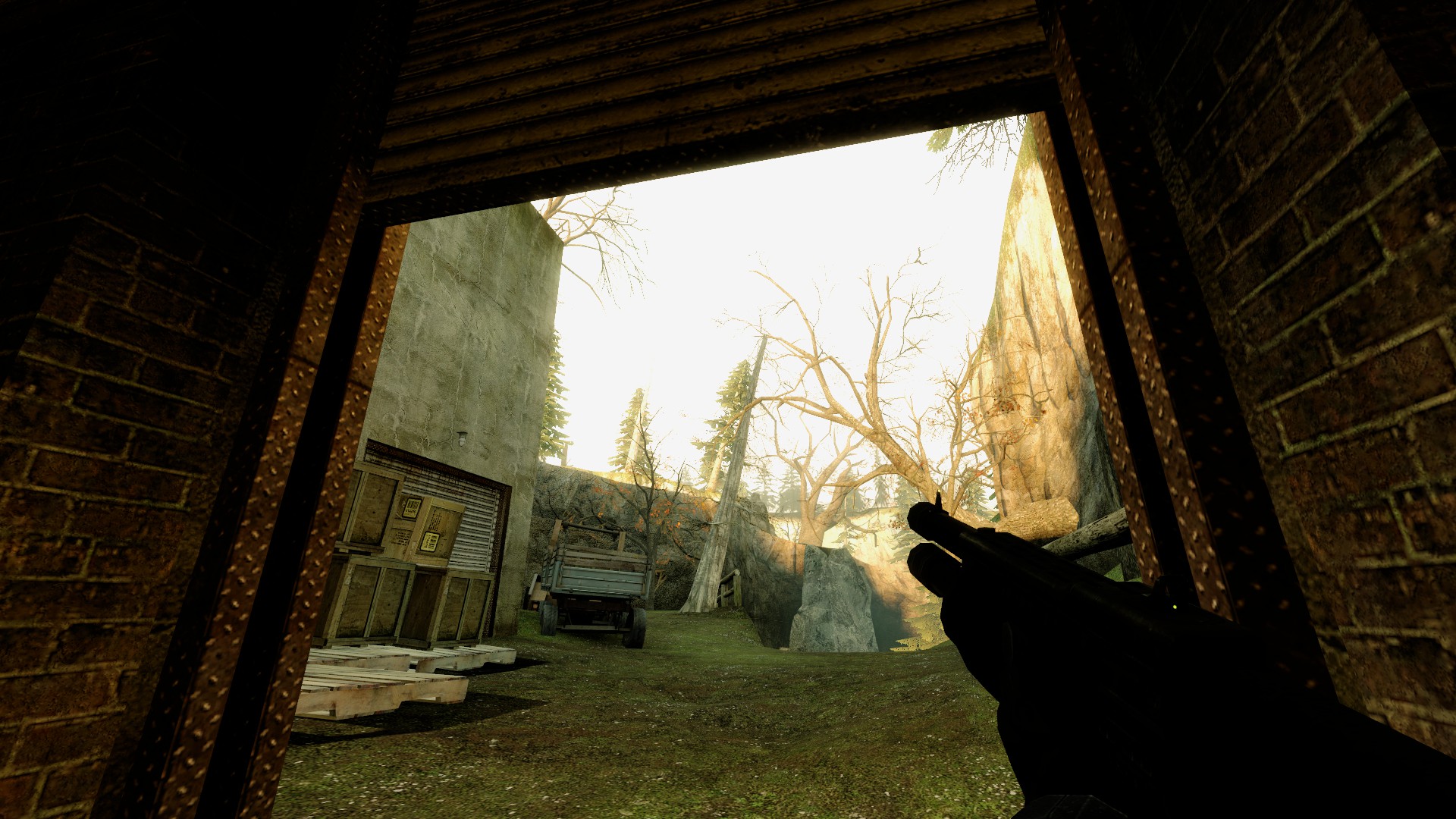 Because this is one of the only areas where the railway system is directly visible from outside, the Combine took notice. Because of how secluded this area is, only a small number of soldiers patrol this area, but this will be the first time in your adventure that you will encounter them. 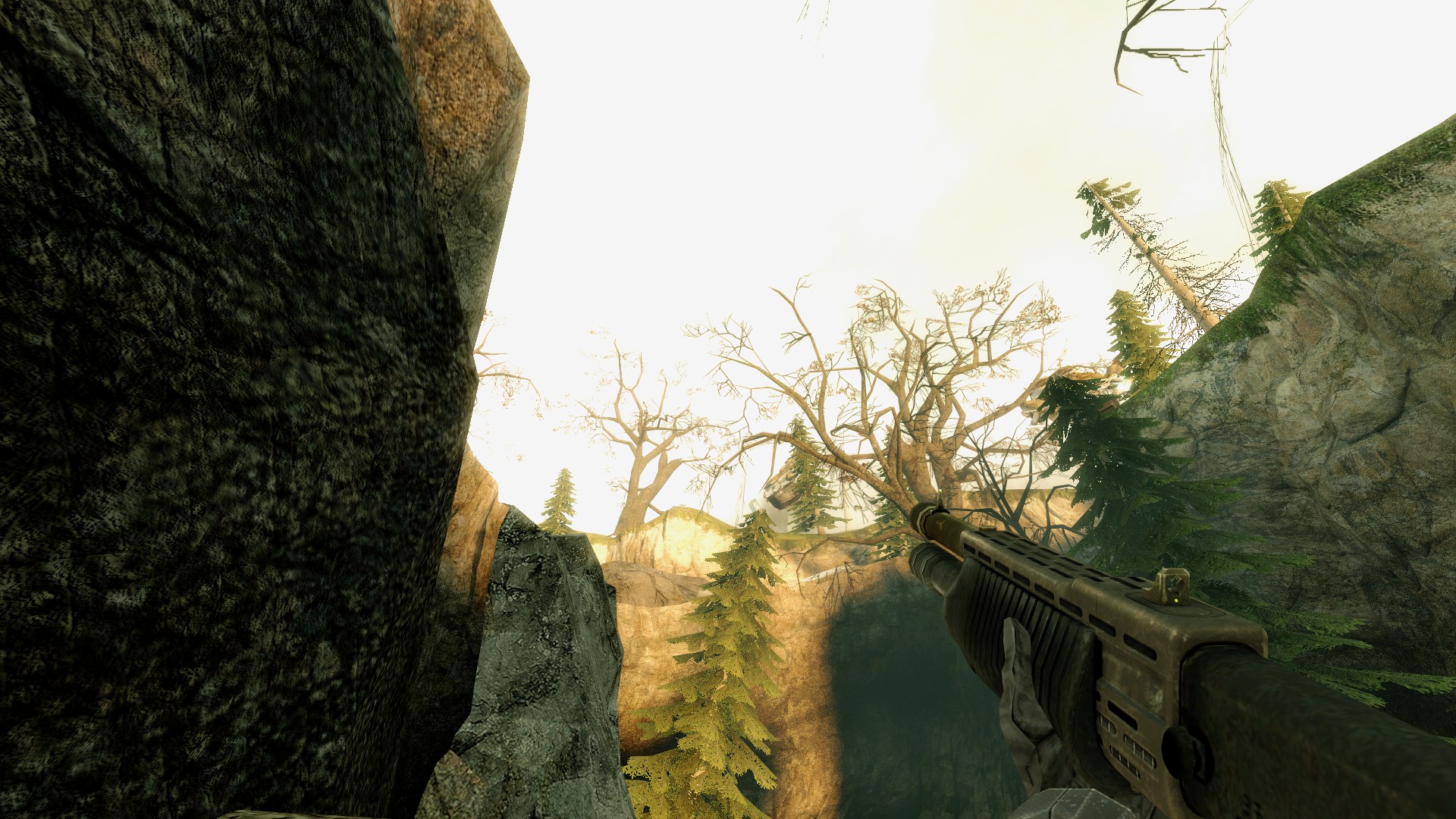 You can see here some combine dropships. They are not concerned about you, as you are just one human, so don't expect to be hunted quite as much as those humans residing in City 17.

Here we can see our hero beginning to enter the ruins, we can see time has really taken a toll on this area. 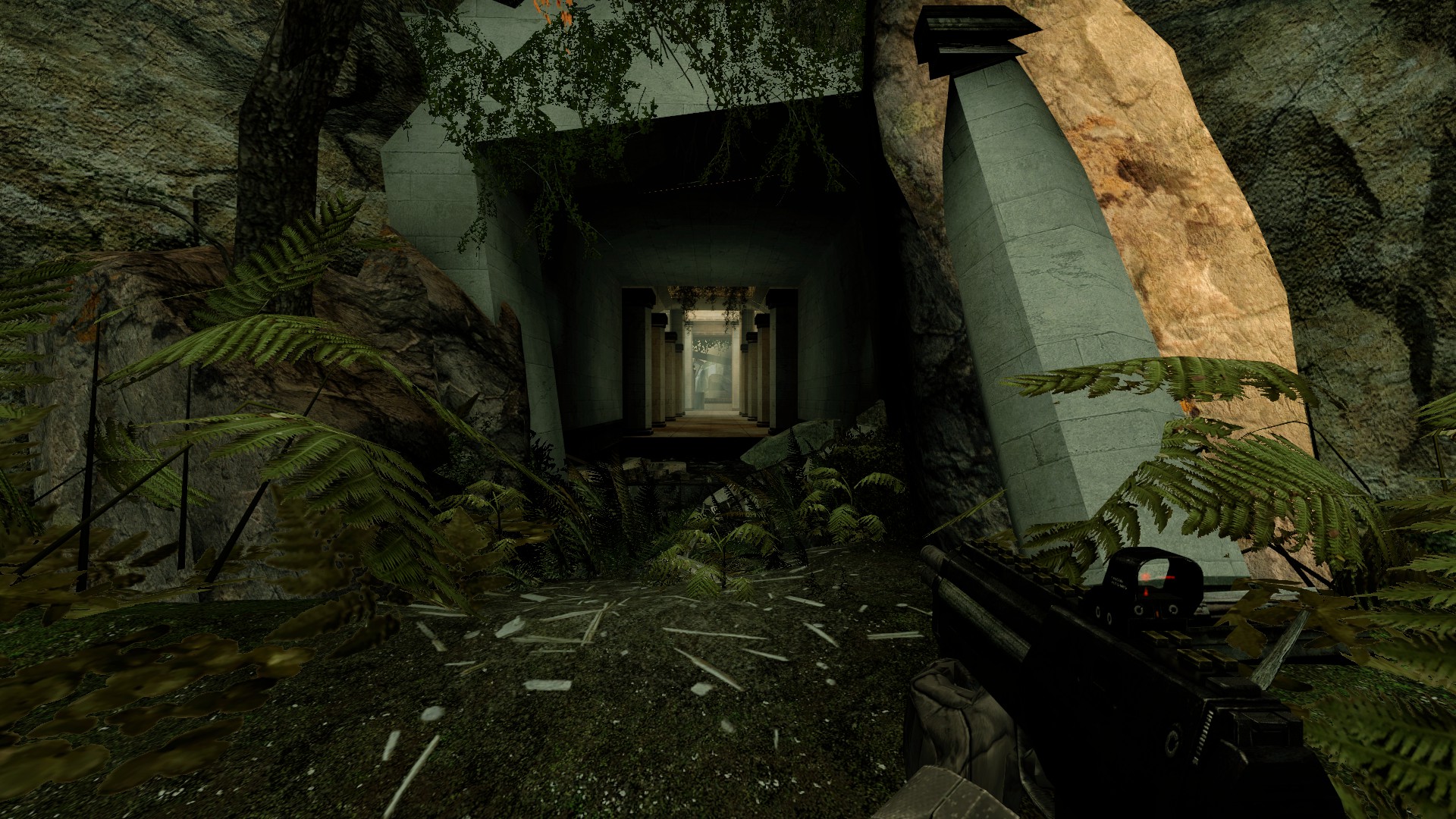 The ruins are riddled with some very tricky jumps and great hazards. I don't want to spoil too much, but this map has a unique format that was never explored in the original Half Life 2 or episodes. Here are a few more screenshots of the interior of the ruins for you guys to enjoy! 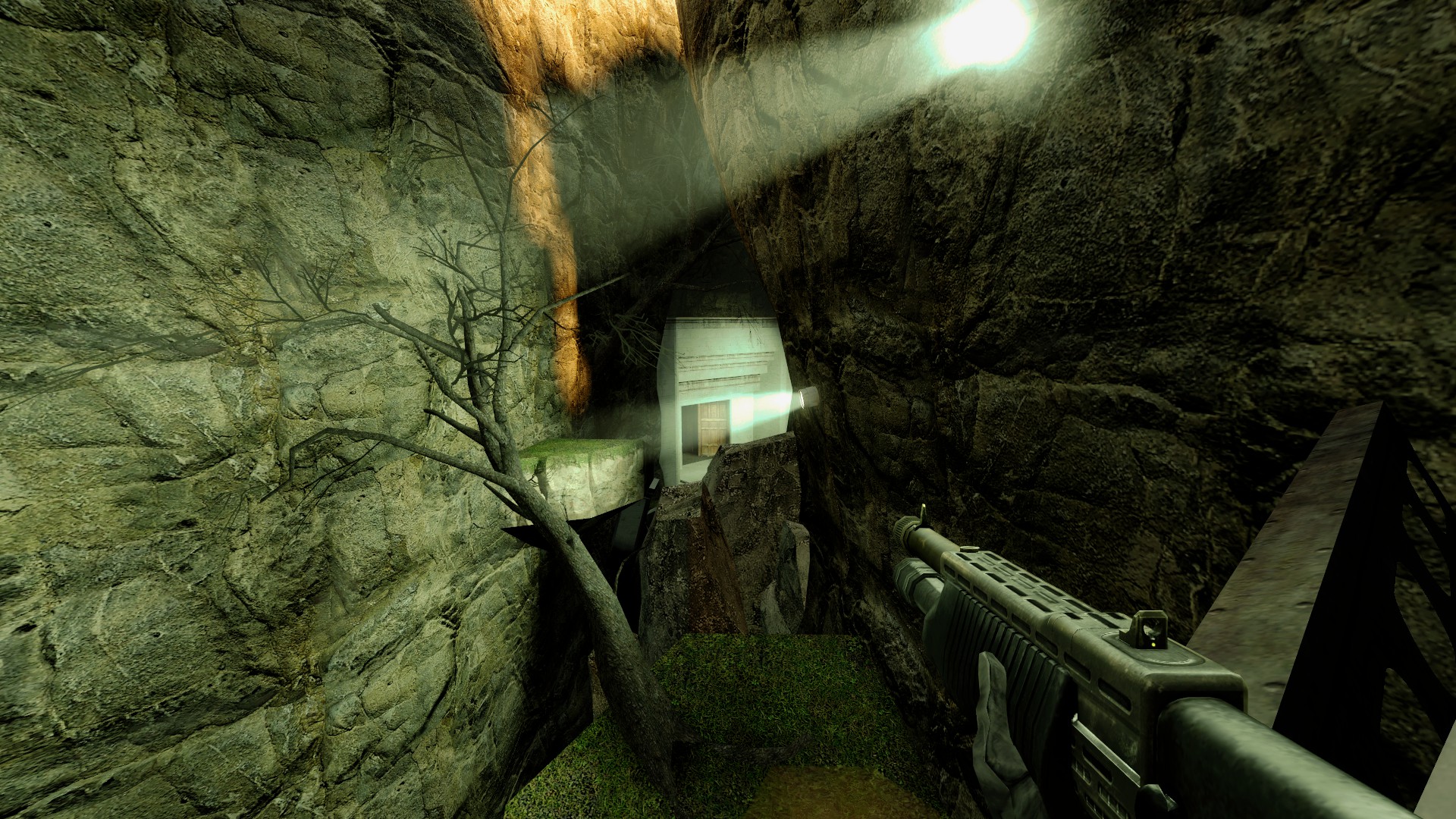 Crossing a large ravine to get to a small part of the old temple. 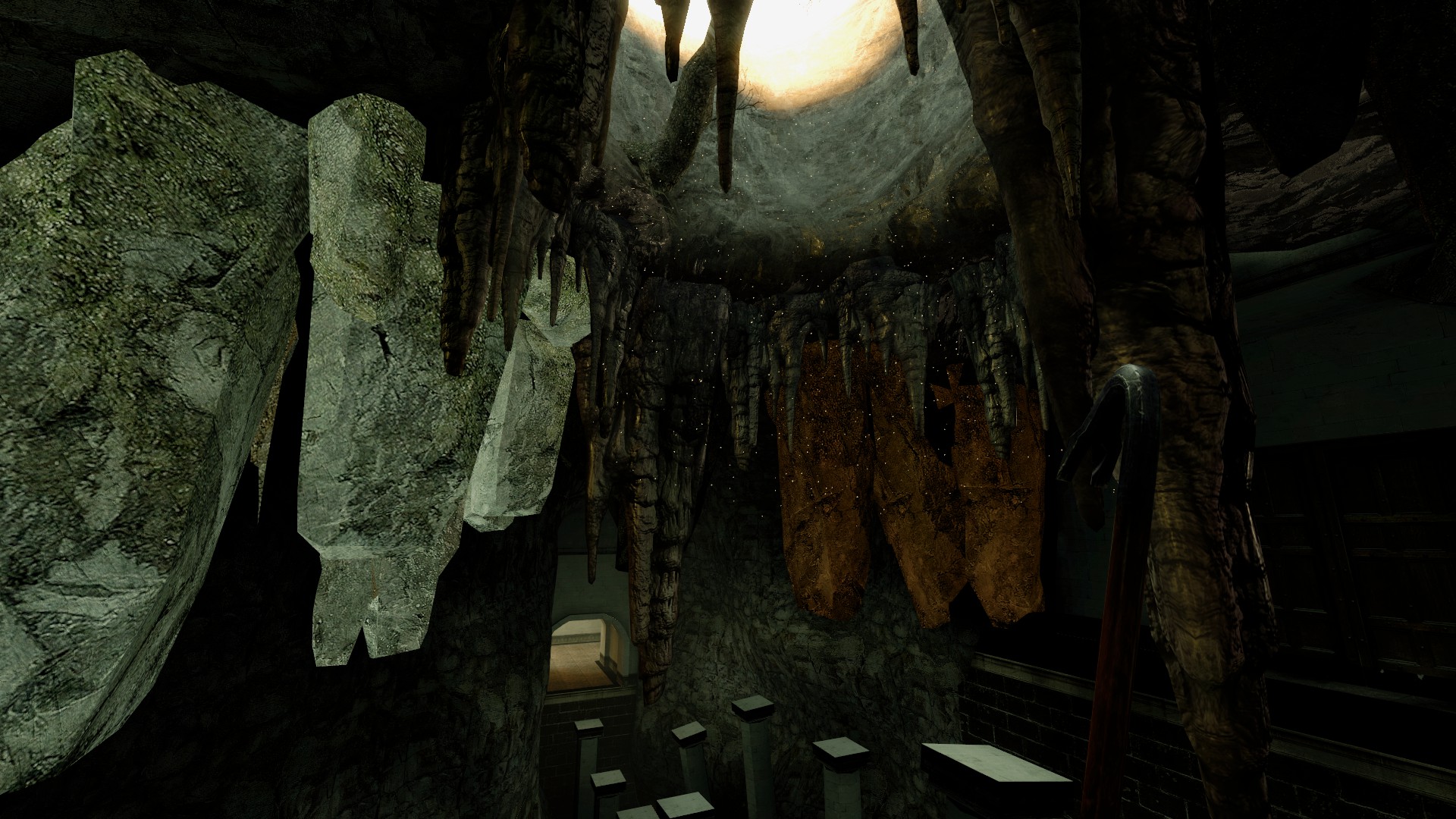 A very challenging and risky jumping puzzle will get you to another portion of the ruins. 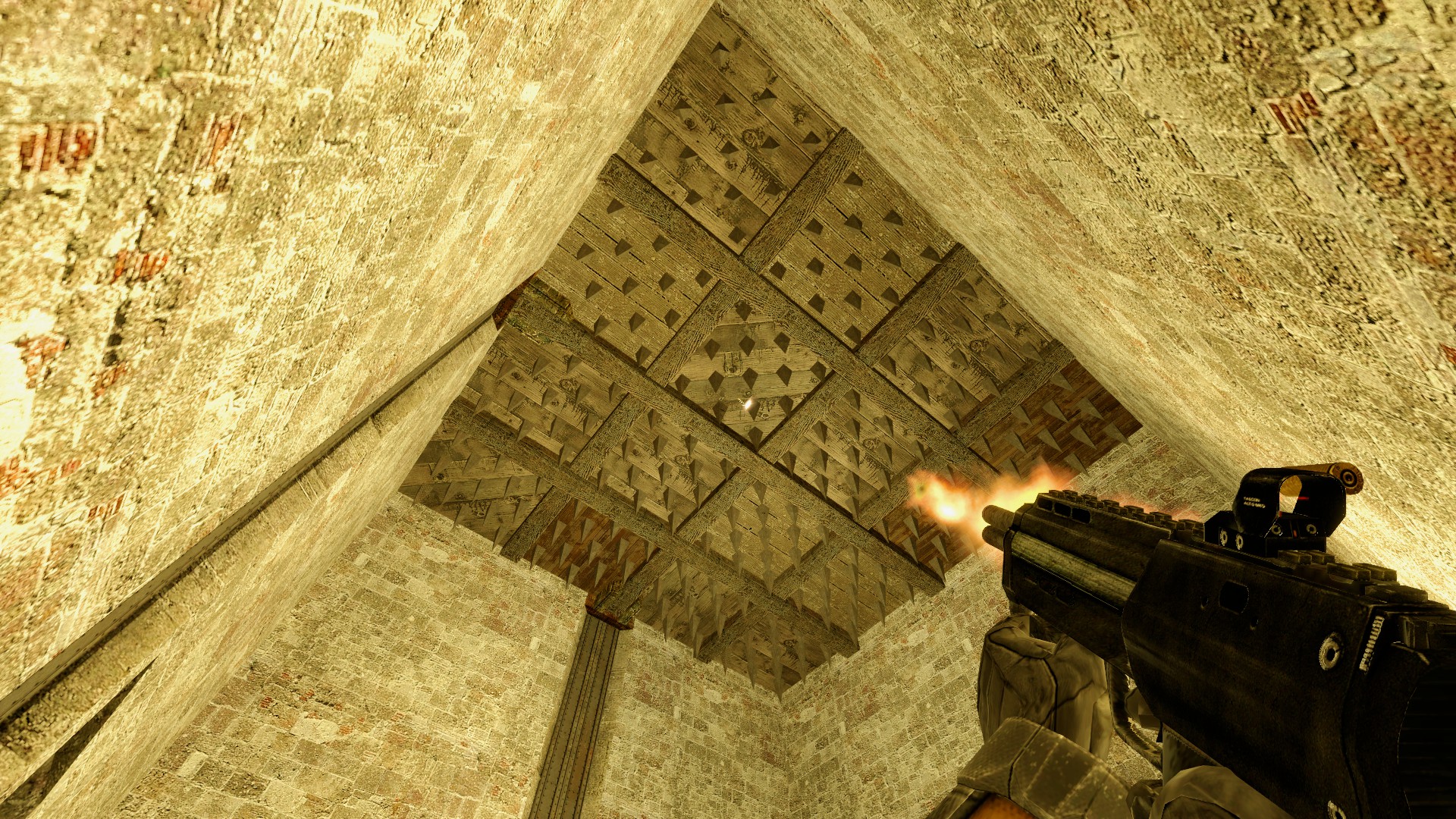 The Hub of the Overworld:

This map serves as the largest portion of the Overworld to be created. Before we discuss this let's discuss how the overworld is going to work ultimately, and the general flow of maps. I won't spoil much here I just want to show a general diagram of how things are going to play out. 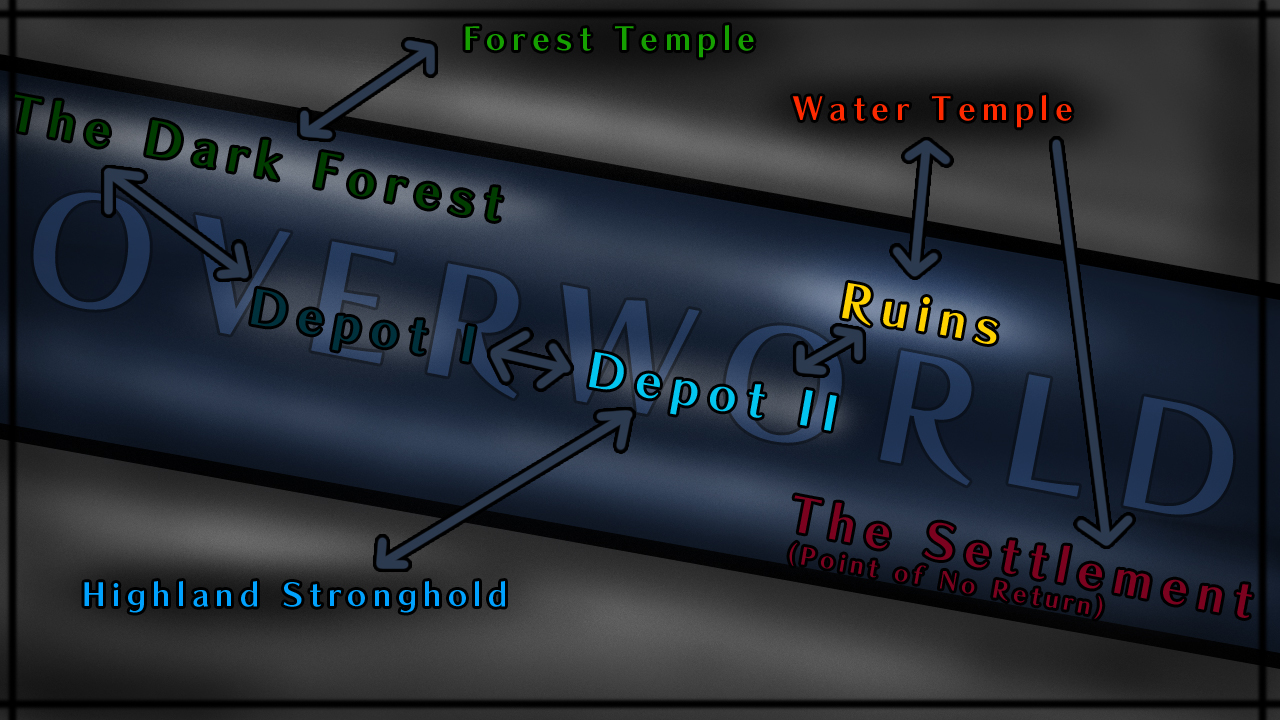 You can see some of the maps previously mentioned as well as some we have yet to get to. Note both Depot I and Depot II are part of the Railway System discussed in Week 2. You can see that you are free to travel between the Forest, Depot I, Depot II, the Ruins and all the temples. Once you embark towards the settlement, there is no going back though (perhaps that will change in the future though, we will see).

Future of the Ruins:

As of right now the Ruins map is pretty much complete. I need to stylize the map a bit to incorporate the lore into it, as well as make some minor adjustments to the layout to incorporate it into the Overworld. Just so you guys know also, that the map updates in the future are going to look a bit more sparse as the maps beyond this one are much more rough!

I hope you guys enjoyed the content, once again, I won't be posting another update until next Thursday, so it will be a while until the next content update. I do plan on making a video for the next one though, so stay tuned. As mentioned before the next few weeks may not necessarily be map updates as some of the next maps are still pretty rough. Hope you guys like the content I presented this week. Leave a comment on what you think I really appreciate it. As always follow me on my twitch account as I will be streaming at least once a week.

I like what I've seen so far. Keep up the good work :)