The Journey to Epsilon Pegasi

The Second Great War is nearing its boiling point. Millions of Capellans are abandoning their homes, and are being evacuated in thousands of transports. The GTVA Colossus and a handful of other Terran military units are holding back the Shivan advance, taking innumerable casualties, military and civilian alike. The plan of the Shivans at Capella is still unknown. The GTD Achilles, one of the last operational Orion-class destroyers, is stationed at Adhara, and has just received some new orders. Rumors are surfacing that some Shivan units left Capella, and entered the Epsilon Pegasi system. Having no military units at Epsilon Pegasi at that point, Command is reluctant to order this vessel and a few other military units to investigate whether the Shivans really infiltrated the system or not, and defend the system if need be. The player takes up the role of a veteran Terran pilot, who had been court-martialed because of an incident that demanded the life of one of his companions. Now, his. 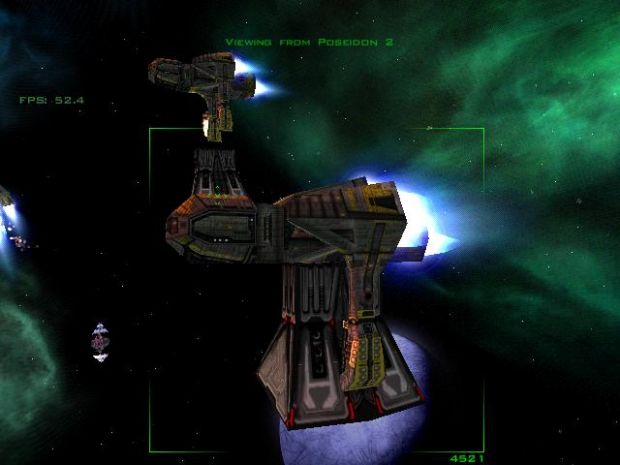 Four Poseidon-class freighters are just now
stealing some cargo from the Shivans. To know the
reason why the Shivans need them, you will have to
play the campaign. Snapshot taken from Mission 7.