The Island of Cthulhu

Description:
The purpose of this mod is create an atmosphere of tension befitting of an HP Lovecraft story. Shadows play a huge role and light even effects certain monsters. There are advanced and difficult puzzles mixed with some tense combat. Ammo will be scarce, so the few guns that are found will be quite precious.

The setting takes place on an island, mostly within a cave. The player will encounter awesome sights such as subterranean rivers flowing with deadly liquids, an underground pyramid of the Aztecs, and much more!

The mod is EXTREMELY long. Over the course of three years it grew so much that we estimate it to be somewhere in the area of 10+ hours of play. This puts it's length as longer than most commercial titles.

Get a different ending based on how well the player explores and the choices made.

An emphasis on physics puzzles mean each time they are completed it will be different.

A tense atmosphere where the player can be attacked at any second, whether mentally or physically.

A custom map system keeping the player in the game and on their toes.

More than one way to complete an objective means that if one way becomes blocked, there should be another way to obtain the goal.

Custom weapons fitting the periods of history in the mod.

Music created specifically for the mod.

Created by only two dedicated individuals with a desire for quality with some help from friends and the internet.

One of the reasons why the game is taking so long has been the AI. To anyone who hasn't dealt with it, it is a nightmare. There is a reason why many commercial games have broken AI and tons of bugs. Still, I digress, let me tell you about our own AI.

When I first started working on the project AI was a problem that was very significant. Thankfully over the last few months I have hammered out all the problems allowing the AI Navigation to be calculated without errors. This has been an eternal blessing as it removed most of the problems we had been having.

In the screen below you can see how the AI points have to be individually placed because of the complicated and narrow interior which the AI has to interact with. 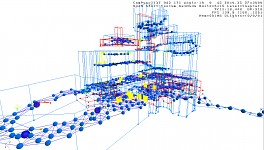 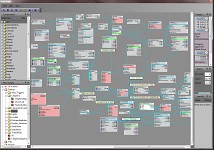 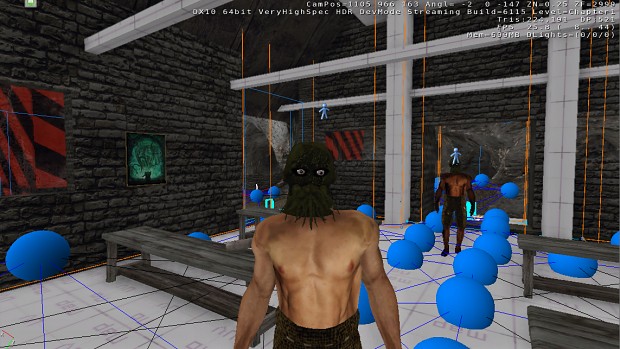 The player is going to have to run as there are far too many attackers to engage. This meant that I had to make the AI very smart and not predictable. This was accomplished by a large amount of code and the layout you see above. The AI has the capability to leap gaps, hurdle walls and get around other objects in order to hunt the player.

This first chapter will hopefully remain the most challenging area to develop as the other zones have limited amount of AI to worry about. I am expecting the development of the areas to go much faster than chapter one.

I hope you enjoyed this look into the AI of the Island of Cthulhu and keep a look out for the video that is coming soon that will demonstrate their advanced smart capabilities.

Return to the Island

Information about the development hurdles the mod has faced over the past few years.

That's right! After taking a forced hiatus from the mod I am back in business!

The Island of Cthulhu Part One Release

A new version of The Island of Cthulhu mod part one is available for download at www.CthulhuIsland.com It includes about an hour of game play including...

Our team has been optimizing and finalizing the last parts of the mod. The Necronomicon is a fictional grimoire appearing in the stories by horror writer...

This is the old version. A much improved new one will be out soon. I urge you to wait for the new one.

Time to pull out my dusty copy of Crysis. I can't wait to play this.

Thanks, I am so damn stoked to release it. Should have a new video soon.

I'll try and have something this week.

I've got a couple new screens coming soon to celebrate the relaunch and revamp. Thanks to Ex Unitae Vires!

Yup, we have got some great stuff in store. I can't wait to show it.

Can ot be played with Crysis Warhead?

Sorry no Warhead support, stay tuned part 2 is not dead

Single Player
Tags
Embed Buttons
Link to The Island of Cthulhu by selecting a button and using the embed code provided more...