Supreme Mech Commander is the start of a total conversion mod for Supreme Commander FA based on the Battletech universe. 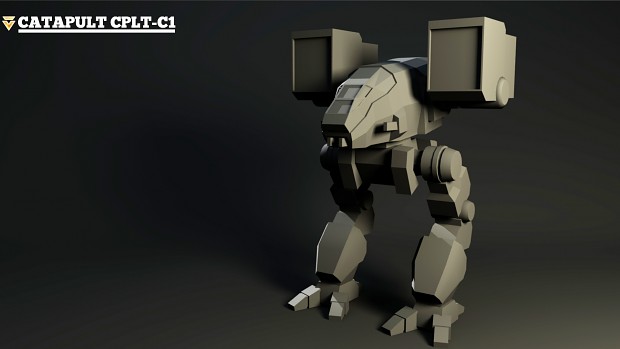 you cant imagine how happy you guys just made me. Awesome model :p

is there gonna be diffrent variants for each mech or is that impossible due to engine limitation?

We can make different variants. Just counts as a separate unit. All I have to do is redo the weapon models, and code them.

hm wouldnt mind seeing some unique variants other than the standard model. ofc only if theres time for it.
also jumpjets nonfunctional in the mod? isnt that somehow possible with some work or is it really the impossible due to the engine?

There really is no SupCom unit that has that type of ability, so it would have to be custom code. That being said as of right now I'm not touching Jumpjets.

I've been thinking about jump jets. It's always in the back of my mind on how to best implement them. The battle armor is the unit I put in as a test bed for them. Haven't quite figured out how to integrate the mechanisms yet but, its a back burner project while we get other things done. It's not quite in the game so, it's a workaround thing.

**** yes
and it really looks great, lot better design than mechwarrior games had

Yea the Catapult came out really good. I used the MWO version as reference when modeling it, so it has a fresh look to it .

I know, I know, just wanted to show my probably most hated catapult design

Profile: The Catapult is a 65 ton heavy fire support Mech. A relic of 25th century, Catapult are still wildly used due to the sheer number produced. The Mech primary weapons consist of 2 LRM15 launchers, mounted in each "ear". Four Medium Lasers are build into the torso as backup weapons in case the Mech gets into short range combat.