Suicide Survival is a modification of Half-Life 2 Deathmatch.

There are two teams. You either play as an overweight WW2 pilot in the survivor team or as a suicider disguised as a pot plant in the suicider team.

The goal for the survivors is to stay alive and to spot the suiciders. They have a couple of throw-able copies of the book: “Gardening for Beginners – by Barbara Bush” as a self-defense weapon.

The goal for suiciders is to sneak up close enough to the survivors in order to blow themselves up. Because each map is full of shrubberies its very hard to spot a real suicidal pot plant among the many fake ones. If a shrubbery isn’t moving, you can’t tell if he is being controlled by another player or not.

Currently the game doesn’t have any other goal then being simple team deathmatch. However it still is a lot of fun and you should definitely try it out with a few friends.

Screenshots from a new map in version 1.2.

Our mapper and modeler Clément has been hard at work on a new theme. Can you spot the suicider? 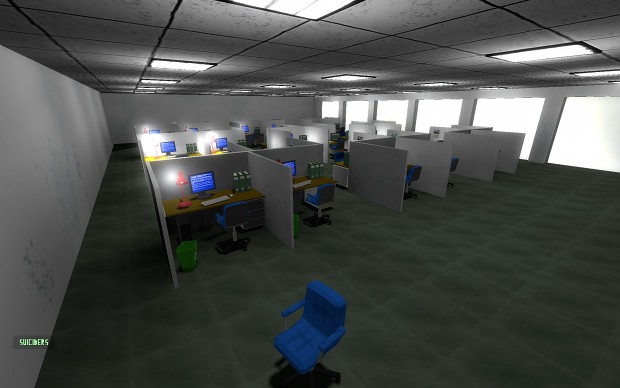 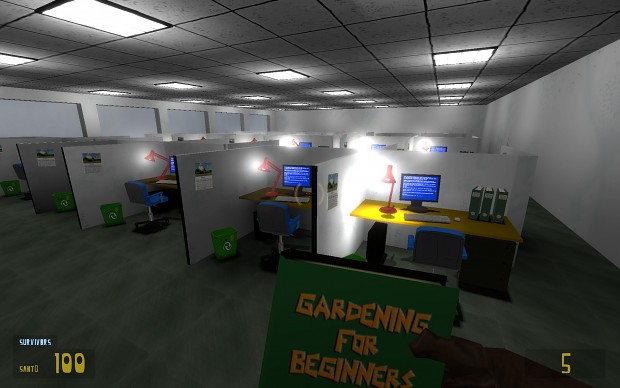 Suicide Survival 1.2. should be ready for release this fall/winter 2013.

Here we are with another exciting update post about whats going on in the world of Suicide Survival 1.2 development.

Development Update and release date for 1.2!

Release date for 1.2 announced and some screenshots of a new map!

So you'll probably thought this mod is dead and slowly sinking into the great abyss of the intertubes. Guess who's wrong?

Suicide Survival is looking for an experienced coder

I've decided to start development on Suicide Survival again. But for this I'll need help so I'm looking for an experienced c++ coder to be part of the...

This is release 1.1 of the HL2 mod Suicide Survival.

Suicide Survival is a Mod of Half-Life 2 Deathmatch. There are two teams so you either play as Survivor or as Suicider. The goal for Survivors is to stay...

You can now play this mode at GMOD
Steamcommunity.com

This was a great mod.

It was so much fun to play!

Oh c'mon, I wanted to come back to this mod just to find out that there's absolutely no servers online. Bummer.

WHERE ARE YOU? I miss blowing up Jeova Witness Gardners :(

Any idea on the new update being released?