Thanks a ton for your vital feedback on patch 2.1.0! You helped us to identify some more issues which we're fixing today with patch 2.1.1.

Thanks a ton for your vital feedback on patch 2.1.0! You helped us to identify some more issues which we're fixing today with patch 2.1.1. This includes:

- Wave mode maps are working again
- Hostile objects on space maps are working again
- Herak was missing from skirmish battles
- Save games for Pegasus Prelude are now working properly
- The shield HP of the Asuran fortress was hardly targetable
- The Asurans stations Superlaser was still active after the station was destroyed
- They Pride of Troy defend ability was slowing down shield generation instead of improving it
- English texts have been improved. Thanks to Boriss for that!

The full changelog can be found here (soon): changelog page

The Pegasus Prelude Balancing survey is still going! Please keep sharing your feedback with us. :)

Please see details of the survey results as of today below

So far the feedback we got implies that we got the balancing quite right already from an overall perspective...but let's have a look at some more detailed aspects. 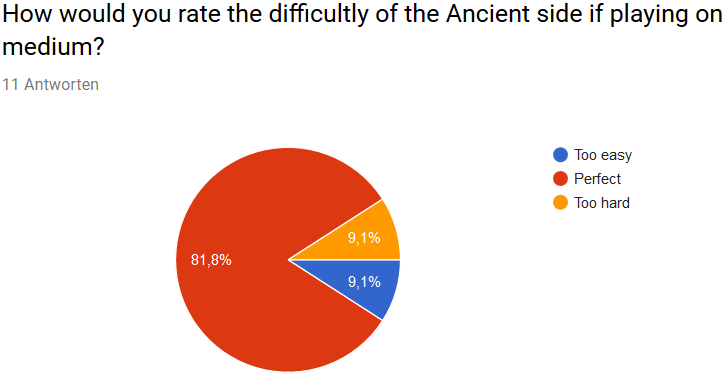 For both easy and medium difficulty we apparently already hit the sweet spot in regards to the balancing.

One repeating point raised for this two difficult settings was:

"On easy and medium settings the AI is mainly using starting forces"
-> This was an intended change with the last patch to decrease the difficutly on those settings. We checked if we went to far with that and identified that the AI only used about 20% of its budget for new units on medium. We adjusted that to around 50%.

Hard seems to a bit too hard for some. Therefore we tweaked the AI a bit by decreasing its advantages (reduced the multiplier for the amount of money gained and increased the buildtime multiplier). This will also balances the change of the spend budget as mentioned above.
We still belive that the overall balancing is alright as it should be one of the toughest galactic conquest cenarios ever created. 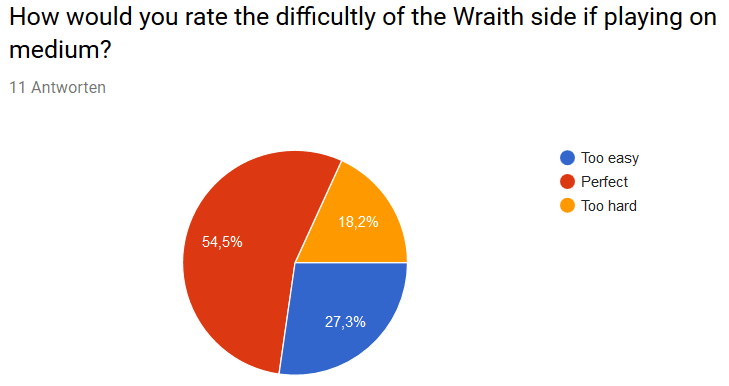 The feedback on the Wraith difficulty is a bit different. While a majority agrees with the existing settings there are more people having a different view.

We think that this might be due to the fact that the beginning of the story is rather hard. However overall the GC performs well from what we saw in our internal tests.

We have a few changes in mind to help players at the beginning but would love to have some direct feedback on it before implementing anything that could affect the overall good performance.

Due to that we're currently looking for GC testers that will get access to an internal version to help us out.
Please get in touch with klon@stargate-eaw.de

Besides we asked about possible improvements and other issues unrelated to the balancing of Pegasus Prelude and would like to talk about some of your feedback:

- "English texts need improvements"
-> We're very aware of that and working on it with several people of the community. If you would like to help as well get in touch with klon@stargate-eaw.de

- "The AI is not doing anything in skirmish"
-> Please make sure you use a clean installation of the latest mod version. Please let us know in our forums in more detail about the issue if it persists.

Also we would like to answer to a few queries raised in the "Is there anything else you want to let us know? :)" section of the survey:

- "Skrimish map with the ancients"
-> Ancients are currently not planned to be a fully functional faction. However you can get some of their units on specific skirmish maps like "Fight for Aurora".

- "Where have you been the last few month?"
-> After releasing several much needed fixes for Pegasus Prelude, updates for our launcher and the re-launch of our website the team needed a small break to focus on other business (and probably some of us also enjoyed some sunny days). We're sorry that we went dark for the entire time without annoucement!

- "More GCs with Tau'ri, Goa'uld, Wraith, Ori, etc."
-> Those are of course planned and will be released once we finish the ground part as pre-requirement.

- "Playable Ori and Ancient ships"
-> This is already included. Try to capture the supergate or the ancient sensor on some of the skirmish maps.

- "Asgard weapons for the BC-304s"
-> In order to guarantee a competitive multiplayer balance it was decided to limit Asgard lasers to specific heroes.

- "Switch the Anubis and Apophis ship abilities"
-> We will have a look into that but we're quite happy with the current balancing. Also...you might want to check those bite marks. We sense a Goa'uld influence here. ;)

- "Can you translate the mod to language X?"
-> Currently the team can only support German and English but if you're willing to help us with a translation feel free to get in touch with klon@stargate-eaw.de

Lastly thanks a lot for all the kind words! It was quite encouraging to read how much you appreciate our project. :)

I also posted few bugs on Steam in the open beta discussion of your mod.

Thanks a lot! :)
We will check what we can do about those.