The Launcher downloads and installs the mod plus all released patches automatically. You don't need any kind of other installer/download. The launcher will detect your language (German or English) automatically.

This is the newest version of the launcher. It downloads and installs the mod plus all released patches automatically. You don't need any kind of other installer/download.
The launcher will detect your language (German or English) automatically. 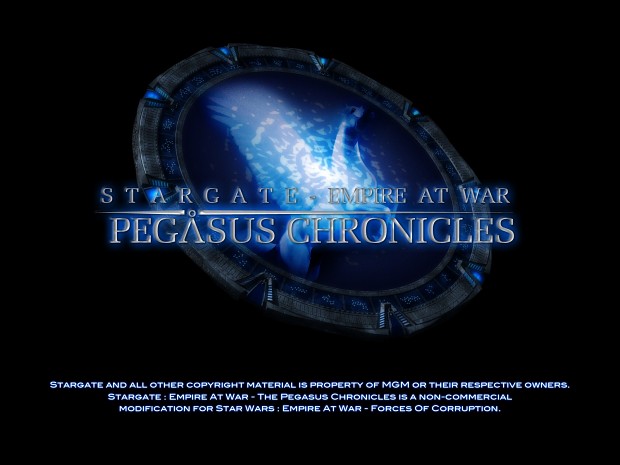 The launcher is now live - Use this download to download the new version of the launcher, install it and then use the inbuilt Update functionality in the launcher itself to update the game!

NOTE: The launcher can update both itself and the mod through the Update function.

So I downloaded this, and ran it, and got the original game? Am I missing something? Btw this is my only download of this mod so far.

You dont happen to use a Steam version and have the "Steam" checkbox in the Launcher unchecked?

If yes please try to check that checkbox.

i have tryed but itwont work

Another thing you could try is Launcher Settings/General/Reset Mod then reupdating the mod.

Don't know if anyone is still having this issue, but I found launching as admin would help with the launcher not downloading updates.

How powerful is that Cyborg ship from Daedalus Variations? All we got to see it do is fire on Atlantis for a few seconds and then launch fighters at a BC-304 that already had battle damage.

In TPC it has the role (and the power) of a cruiser.

Starting the game from the launcher does not seem to launch the new version, at least not with the maps.

Launching from the .bat file seems to work though.

Just tested in-game with the launcher and it seems to be 1.0.

Yeah, i don't know how that is possible, but whatever. I will just play from the .bat file. No big deal for me.

wow it sure would be great to actually have a .bat file for this new rendition of the launcher. I certainly didn't get one for the version that actually updated for win7.

If the problem persists provide as many information as possible: When exactly do you get this message? Are there information in the error log the launcher generates?

where do i right click to run as administrator?

On the shortcut or the launcher.exe.

yeah i figured that out n got it running,awsome mod man

Mapper, you do know that win8.1 flatly refuses to acknowledge that the player already has instructed the OS to use "Admin rights" for the launcher. Hopefully one of your team has the misfortune to have to use win8.1 and they can possibly figure out why 8.1 won't acknowledge the "Admin rights" cmd. That is of course after the player has disabled that stupid thing called UAC.

Is this why I can't use that function?

what are names of new maps?

Hello everyone sg eaw pc
I have installed at war star wars and star gate mods Pegasus chronicles last version of any function.
But just before I installed the republic that I have mods removed, as there was a problem with the enseur xlm file and therefore I just uninstall and then re install all function.
Jai also view another problem when I want to play a Star Wars wars republic at all Aquarians its unusable it's all hs lights.

Sorry, I'm not sure what you are trying to say.
Maybe the FAQ can help you out - it answers a lot of questions regarding Pegasus Chronicles, take a look: Stargate-eaw.de

If it doesn't help try to rephrase your sentences. I guess you're using Google Translate - if yes, try to keep your sentences simple;)

launcher worked perfectly for me as did the updater, I love the voices for the ships and the graphics are amazing. I was wondering though, will yaw be bringing back the super gate in the space skirmishes to allow building of the Orion and other hero's based on the galaxy you dial?

With the 1.1 patch the supergate has the ability to dial different galaxies. Note, that they are only on the custom maps right now but they will be back on vanilla maps with the next patch.

More heroes like the Orion are currently not planned.
A list of all available ships can be found in chapter 5.7 in the FAQ: Stargate-eaw.de

cant get launcher to load game or update?

says i need to be an administrator to update?

its cool i am a donkey,i had not dld the base mod lol,game is awsome man,long live stargate,also cant wait to play stargate battlefront but not sure if i need original disc yet

Just go on the microsoft page and download the latest version.
If it doesn't work at all you could still try the manual installation.

Is there meant to be an AI? Whenever I play a skirmish, the enemy just sits there and does nothing at all.

Take a look at section 5.8 in the FAQ: Stargate-eaw.de

If you have further comments or questions ask them in the general comments section. We don't check this comment section regularly. Thank you.

Hi ok so when I click on update for launcher so it will do the game thing for me it keeps saying no admin permishion you need to run the launcher with admin priv to start the update.

Right-click on the launcher -> Run as Administrator

thank you so much

When I use the update function it downloads 1.1.0 but it does not download 1.0.0

Still does the same thing. I have also tried the manual installation of both 1.1.0 and 1.0.0 and launching with stargate.bat but it doesn't load the mod.

If the mod doesn't start it's installed incorrectly.
Take a look at section 3.5 of the FAQ: Stargate-eaw.de

Sorry, turned out the problem was the directory was slightly wrong *facepalm*.

not working. it just opens Steam and thats it