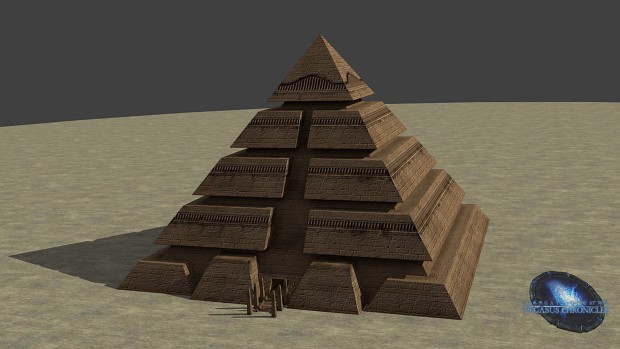 very nice, almost exactly the same as the abyods 1

Precisely not, because the Abydos pyramid looked differently and was already presented in a previous news. This pyramid was in the series a command center, where the Goa'uld or her Commanders take control over the planet.

I've always wondered, can Cheops Warships (pyramid ships) land on these command centers, just not all the way? Or do they have to be smooth sided?

This well made Pyramid was the solution of the first "Guess the Prop"-Riddle.
It will be shown on some of our new ground maps to create a bigger connection between our maps and the stargate series.