From the Creator of Battles of the Storm Comes the Star Wars Battlefront II Demake Project.

THIS MOD IS IN VERY EARLY ALPHA

Q: This is mod is running slow for me , its missing sounds , and occasionally exits to my desktop, what are the recommended specs ?

A: These problems are NOT your computers fault - it is the maps fault. Right now the map is very un-optimized. Optimization normally in the final stretches of map creation. Think of this more like you are "testing" the map and less like you are "playing" the map. Everything is still very early. Be sure to check back here on ModDB every so often for updates !

Q: Is this multiplayer ? I want to play this with a friend.

A: Make sure you and your friend are on the exact same moddb update date. The update date can be seen in the description of the map. If they do not match it may not work

Q: Are you using EA and DICES assets or any of their work ?

A: NO. The reason is because it's illegal to do so.

Q: How will the clone legions and alternate costumes work ?

A: There will NO cross legion (aka rainbow legion) in this mod. In other words each of my maps will have a different clone legion assigned. I have considered randomizing the whole entire teams costumes once you load up a map, however this may break multiplayer so it probably will never happen.

Q: What if I don't want the Geonosis clone legion on Geonosis I Don't like the snow first order troopers on Crait, can I replace them ?

A: Yes actually ! Once I have more maps implemented you will be able to drag and drop one team from a map to an entirely different another map. So for example if you want snow troopers on Tatooine instead of Hoth, you can swap the teams yourself ! I will eventually make a tutorial on how to do this.

Q: Will this eventually be release as a standalone Side (aka team) or Era mod ? And what will who unit replace ?

A: Yes ! ... Eventually It will be possible to use my custom units in OTHER maps that aren't my own. (results may very) HERE is a spreadsheet showing what each class will replace. In other words : "If you use my custom team in another map, here's what class they should replace"

Q: Will you be doing the Heros Vs Villans mode ?

A: Yes - Eventually ! here's how it will work : if you select clone wars you will get the classic un-edited Pandemic heroes vs villains. If you select galactic civil war you will get my remake of EA's heroes and villains.

Q: Will you De-Make the EA Space maps ?

A: Probably not ... maybe another modder will and will let me add their map to this mod pack.

Q: Will every mode be an exact copy of EA's battlefront 2 ?

A: Not every mode is trying to De-make EA front 2 . Conquest mode is where I want to differ from EA's battlefront and take input from the community. Right now conquest is set up to play like the old battlefront 2 2005 with the new skins. There are also units in there that never made it to EA front 2 , like the naboo guard.

Q: Will you do ground to space on conquest then ?

More Detailed Credits are on there way !

is the Mod Leader and the is the Resistance side maker

Maulgus - Takodana, advice, finding 3D models for use in mod.

Giftheck - Made 90% of infantry Weapon models in Softimage

Calrissian97 aka cal boi - Contributed 3D models made in Softimage

Fan - Texture artist of some of the contributed 3D models

LitFam is the Co-Leader and the First Order side maker.

evq054 - Creation of some models

and thanks to you for testing this alpha !

More information Will Be Coming Soon. Be sure to the Official Discord Server for this mod

The Assault on Theed map will receive 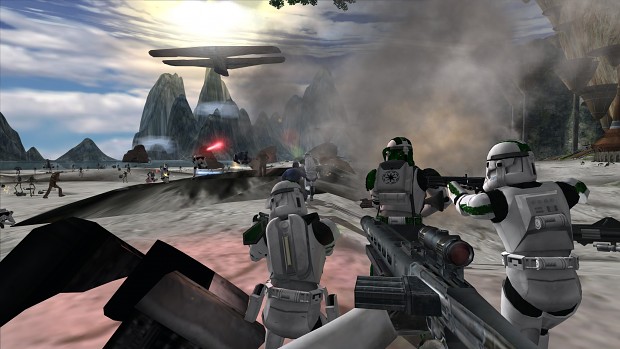 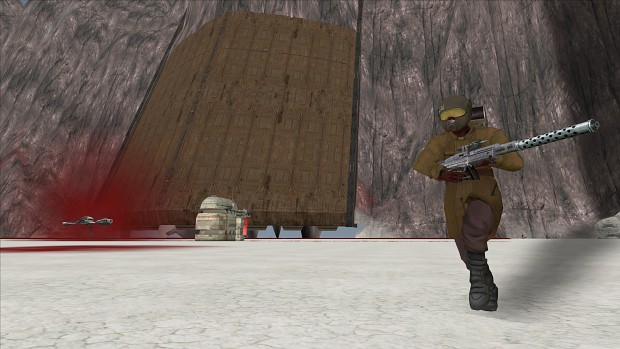 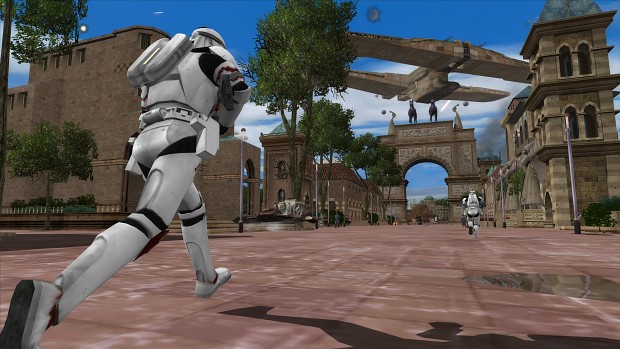 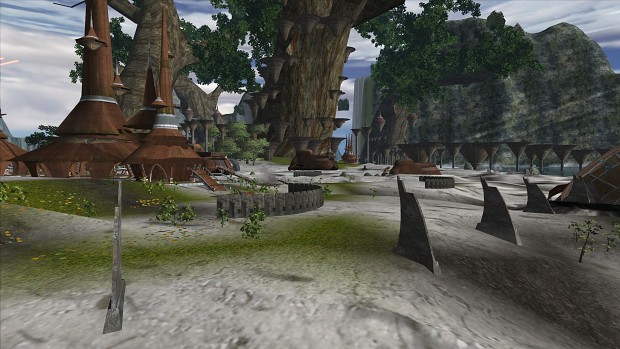 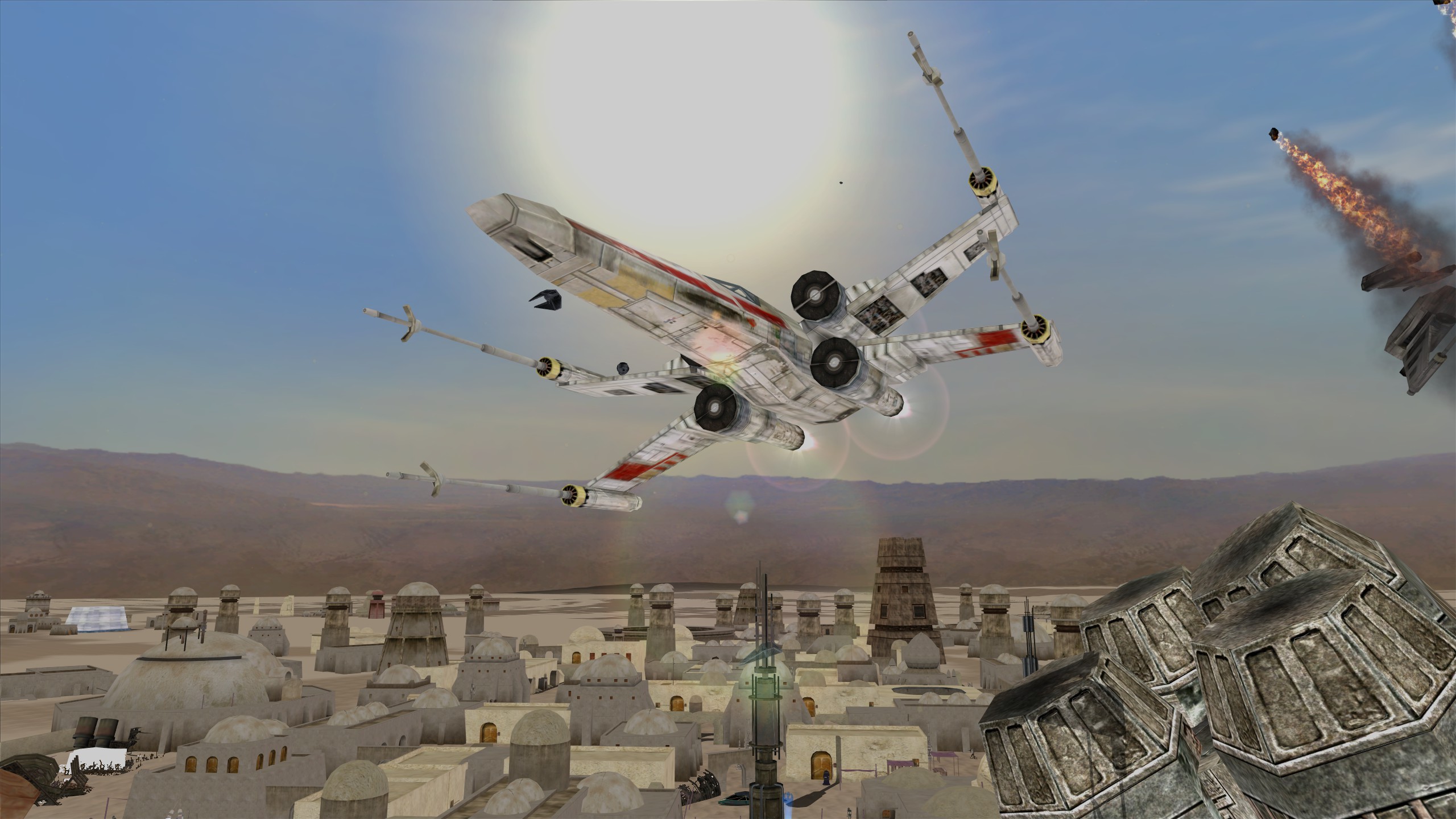 This is EA's Assault on Theed De-Made in the Old Pandemic Battlefront 2 ! This map is in VERY EARLY ALPHA. Think of it like your "testing" not "playing...

you are a genius

Hello, I hope you have a good day, now, to the topic ... according to the message that Lorul1 sent in discord, where it was revealed that we would have a mod update this week, will it be the update today?

Hello, is there any group of disagreement for this mod ?, Note that they are the same models as those of A new Frontier, I put some graphics? And when will we have free the map of hoth?

You do know the ANF models are free for the public to use, right?

I had a question, exactly how will the ion disrupting turrets work?

Lorul1 Hey? Will You Make The BFIIEa Era With All With Your Sides And Playable On Stock Maps? 😲

Or An Era Mod With All With Your Sides? And Playable To Stockmaps?

Put all your questions in one post. You can edit one post and put all the questions in there. Yes there will eventually be an era mod and the Ion disrupting turrets will be turrets around the map that only damage the MTT.