NOTE : This Mod is still in the works.

This modification to SWBFII adds three new Eras as well as mostly every map from the KOTOR era.

Including new custom units with custom voices and custom abilities and powers.

It will also include a KOTOR sides mod, that will be compatible with Vanilla Maps.

And maybe some maps made by modders.

The eras include : The Jedi Civil War, and the Dark Wars,

And the Mandalorian Wars.

This mod will also include Heroes from the Eras such as :

Maps that will be featured in this Mod :

All credit goes to Lucas Arts, BioWare and Obsidian Entertainment for the models in this mod.

Thanks for voting and helping Star Wars Battlefront II : KOTOR on it's quest to become the 2021 Mod of the Year. You are now in with a chance to score some free games from our #modlove collection. Help this mod secure more votes by embedding the widget (or link) we have included below on your favorite sites.

Hello everyone! It has been some time..

This mod is being worked on actively, I have made incredible progress I believe you all will enjoy. I understand the worry of this mod being abandoned because I hardly post on here, if I ever ceased production on the mod, I would announce it where I have hosted my mods. I actively post on my Discord which you can join here : Discordapp.com

People have been asking me about the Galactic Conquest for this mod, I haven't touched it at all yet, but I will work on it once we have all of the maps completed.

Alright, so since the last beta, I figured out a way to replicate the KotOR Mandalorian shine, and added it to all of the Mandalorian Units. 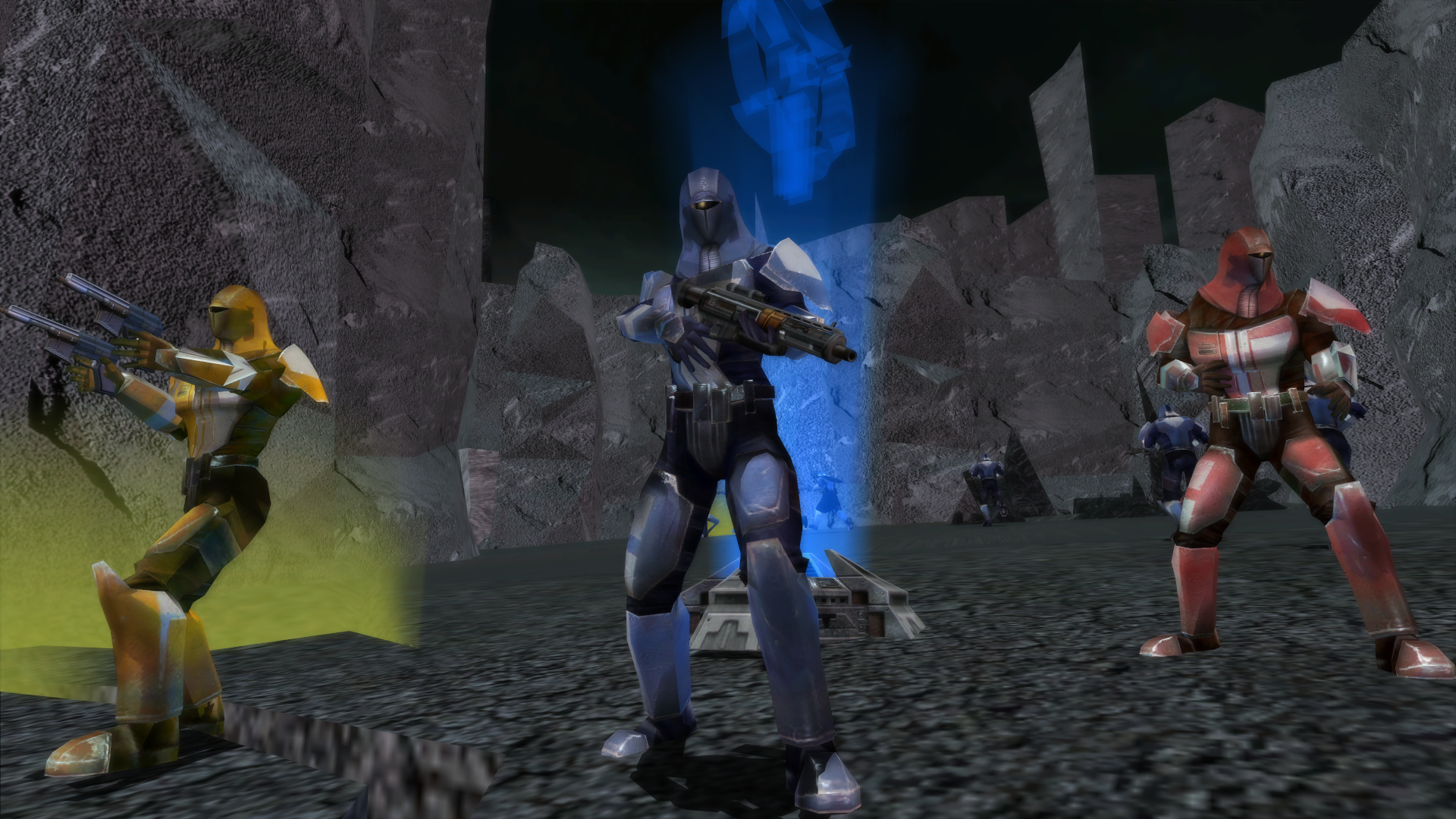 Plus I added the new Shock-Trooper Models, and Improved their reflection and shine. 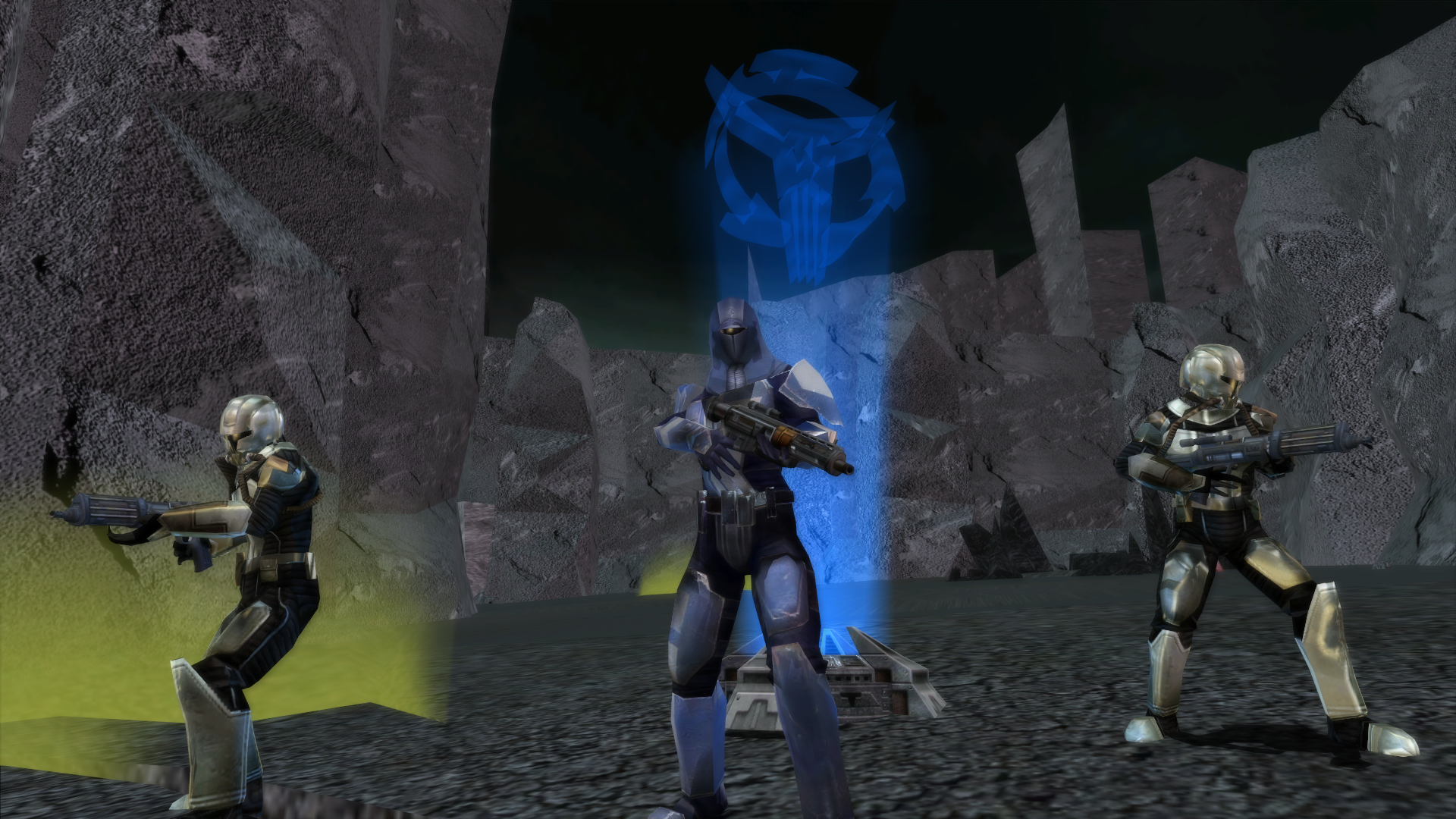 Mand'alor has tears in his Cape, I need to update them but I have been focused on other things, and I added tubes and Visor reflections that match the KotOR Comics. 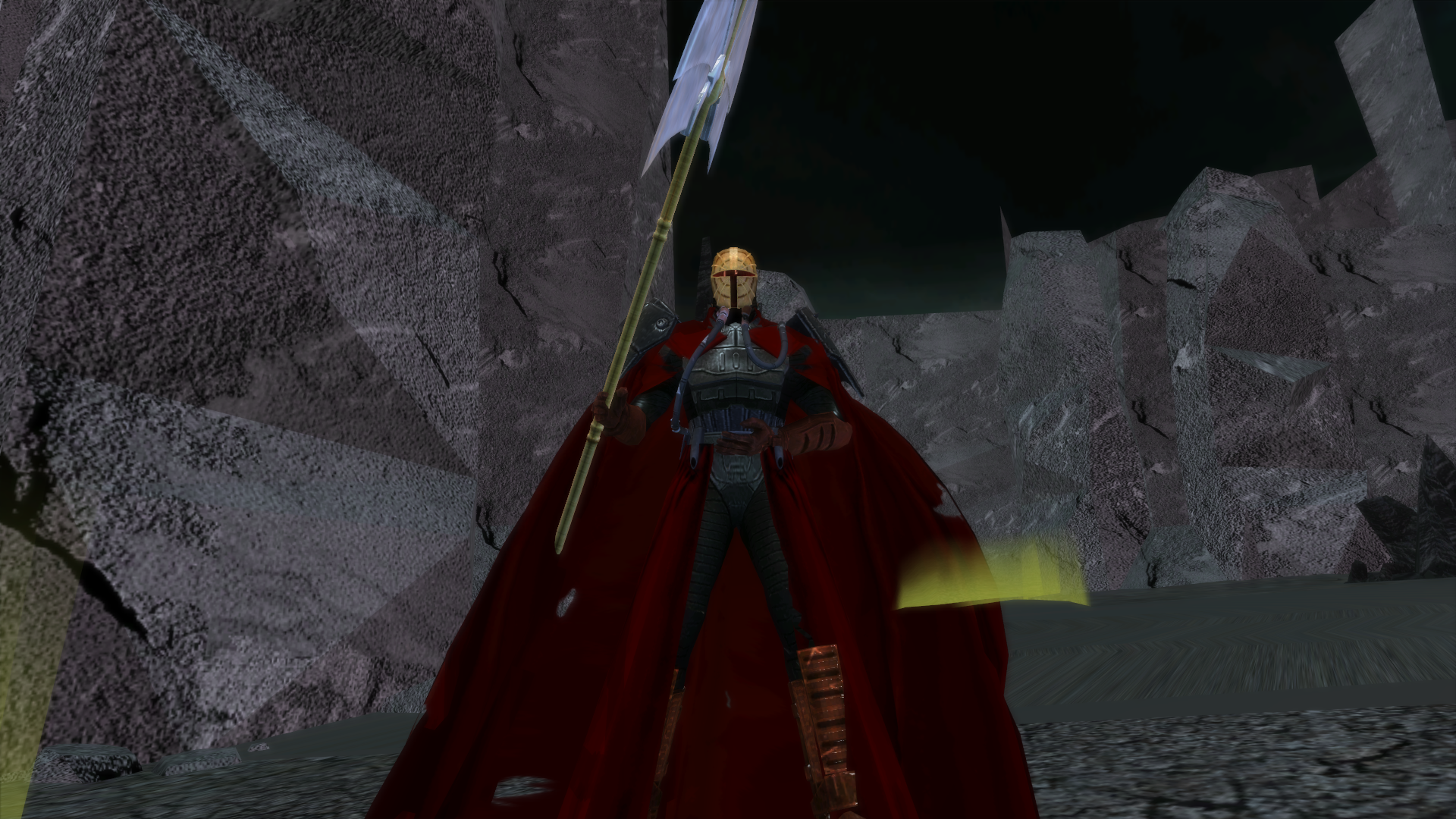 And a new hero has been added to the Mandie's side. That's right Cassus Fett! He needs a bit of work as well, but he's fun to play as. 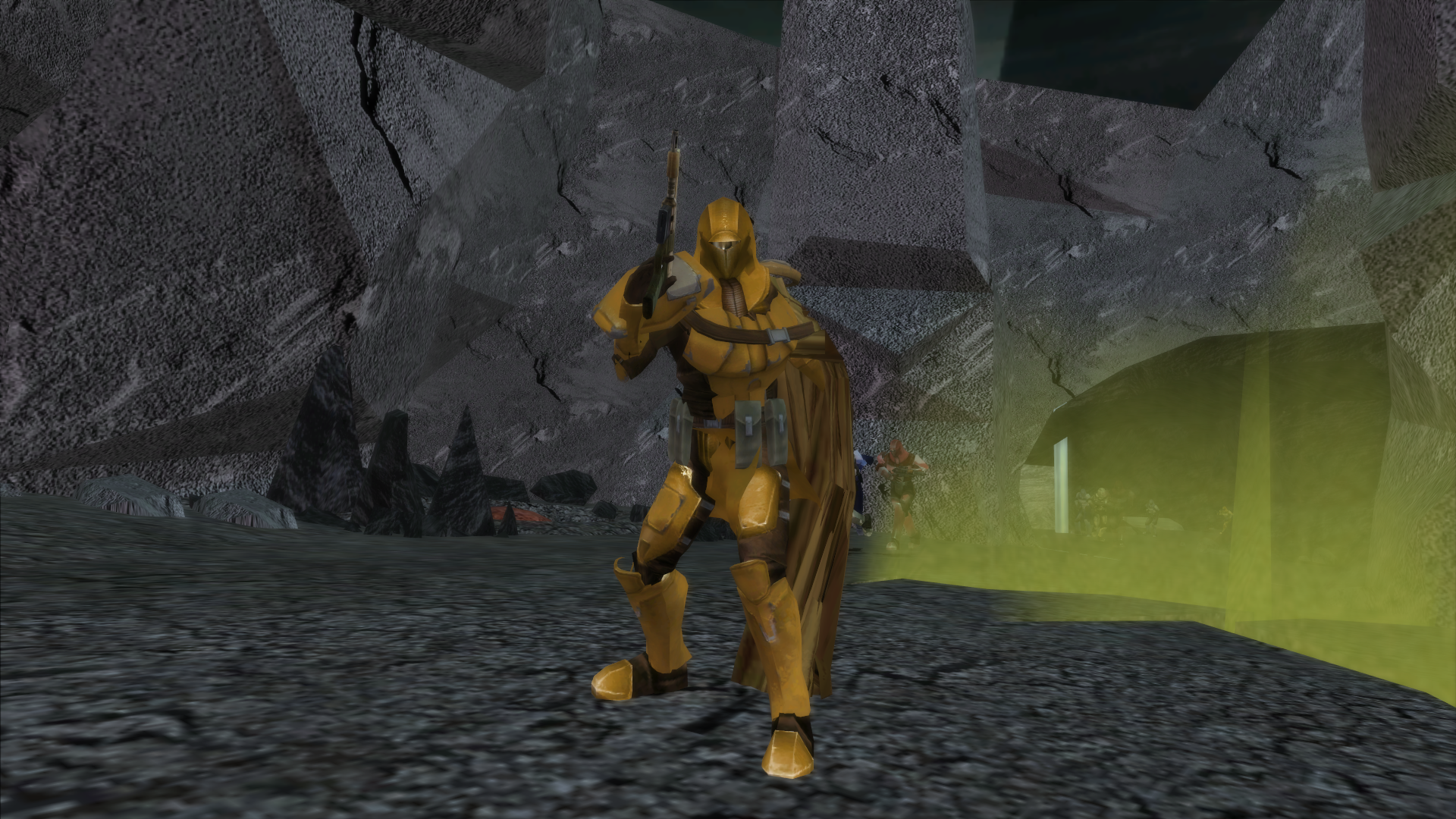 And that's about all for the Mandalorian Side, now for the Republic Side!

Okay, so if you are on Discord, I already provided some images, but I have also been working hard on the Republic Side.

Revan, has had a complete overhaul, I re-textured his Mask, and redid his entire model, also has working cloth. 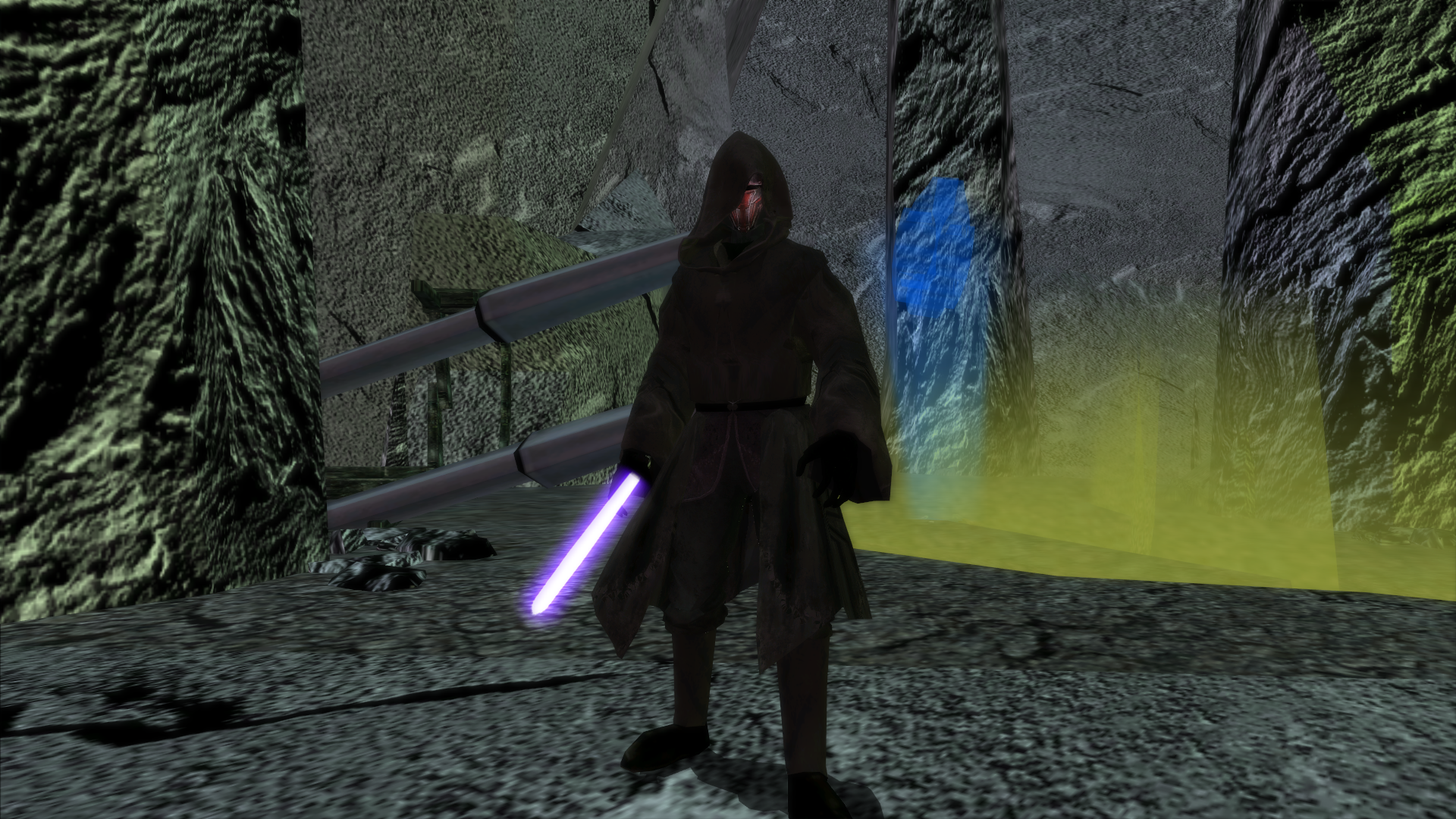 Also, as requested, I made Alek Squingargesimus a.k.a Malak, a Hero Unit. Body Texturing job done by me. 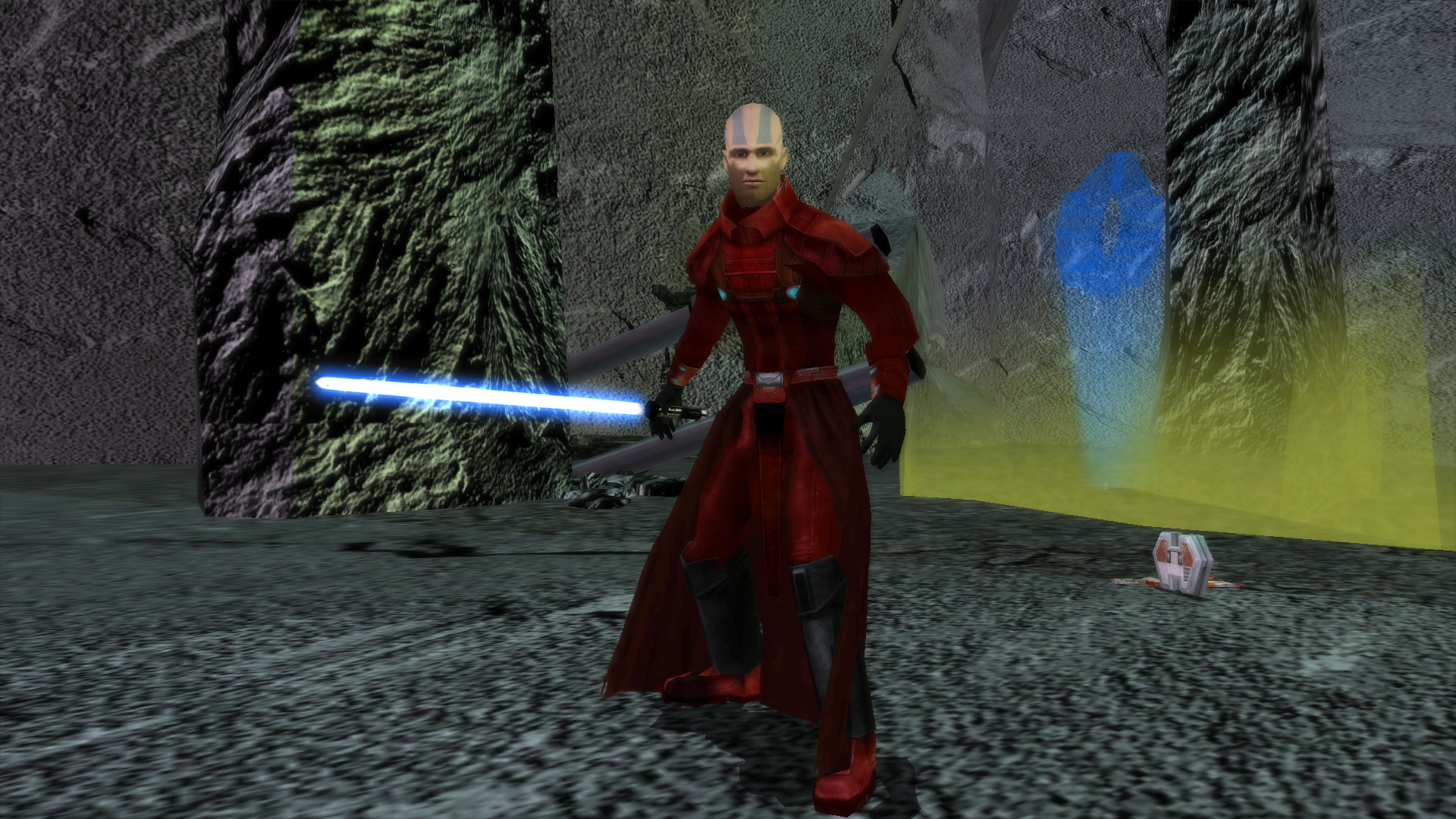 I also included some faces you really don't see that often, but many people know :) His cloth needs work though. 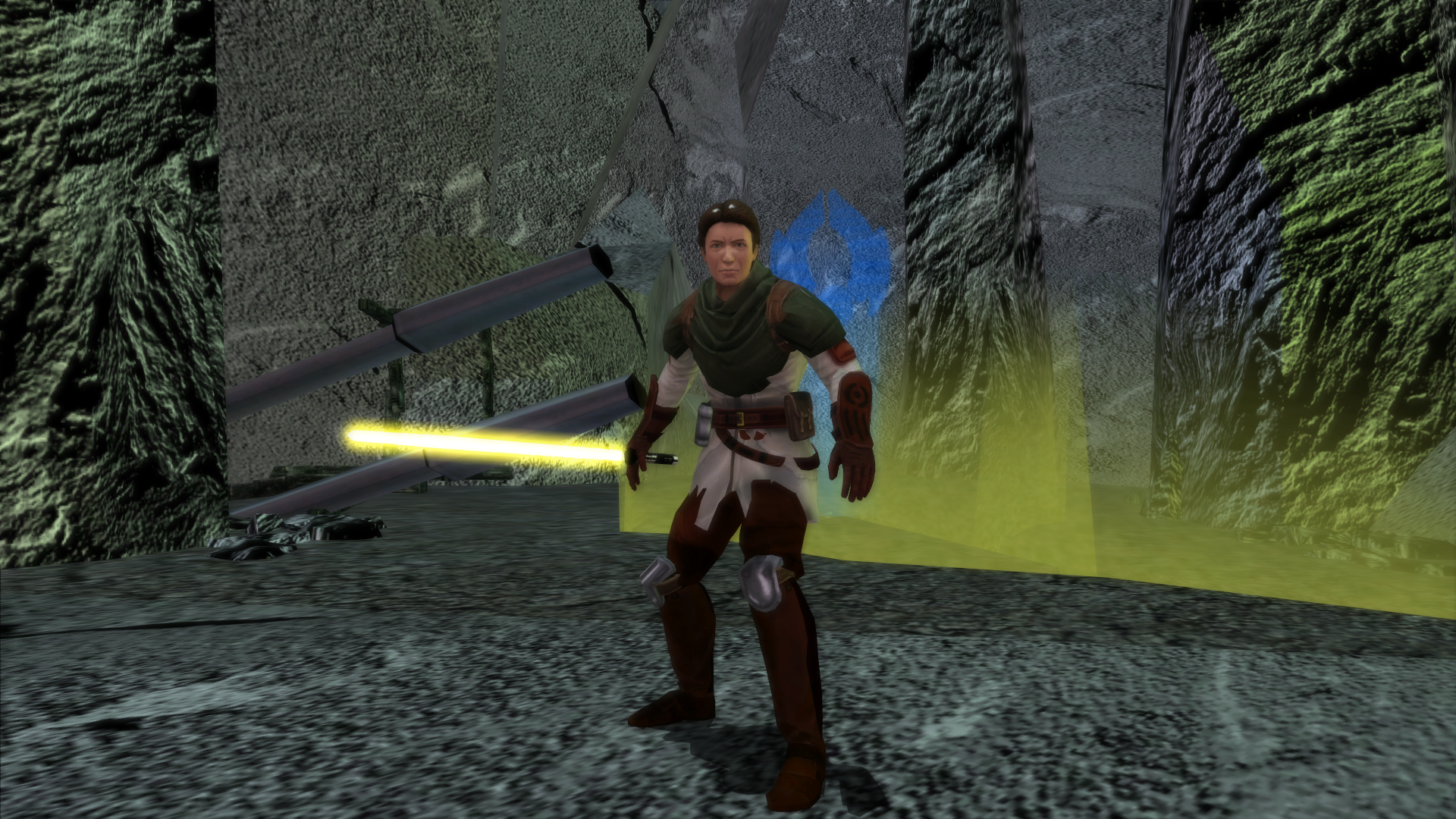 I also added Jarael, also needs a bit of work. 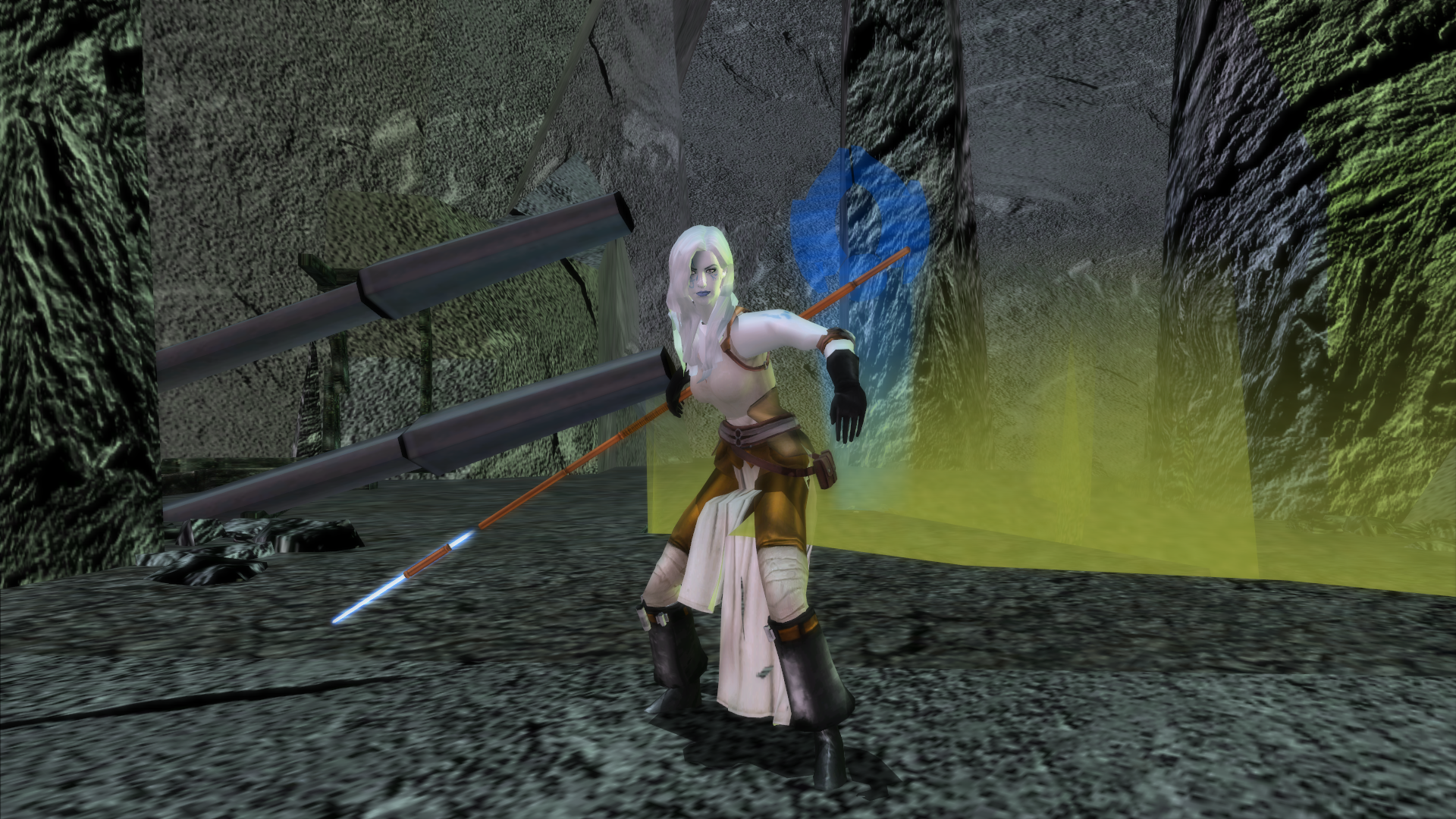 So that's all for Mandalorian War Sides, more Units still to come!

This past week, I have been working hard on the anticipated and long awaited KotOR accurate Sith and Republic sides, rigged as close as possible to the KotOR ones.

I am very happy with how they turned out, behold the power of the Star Forge! 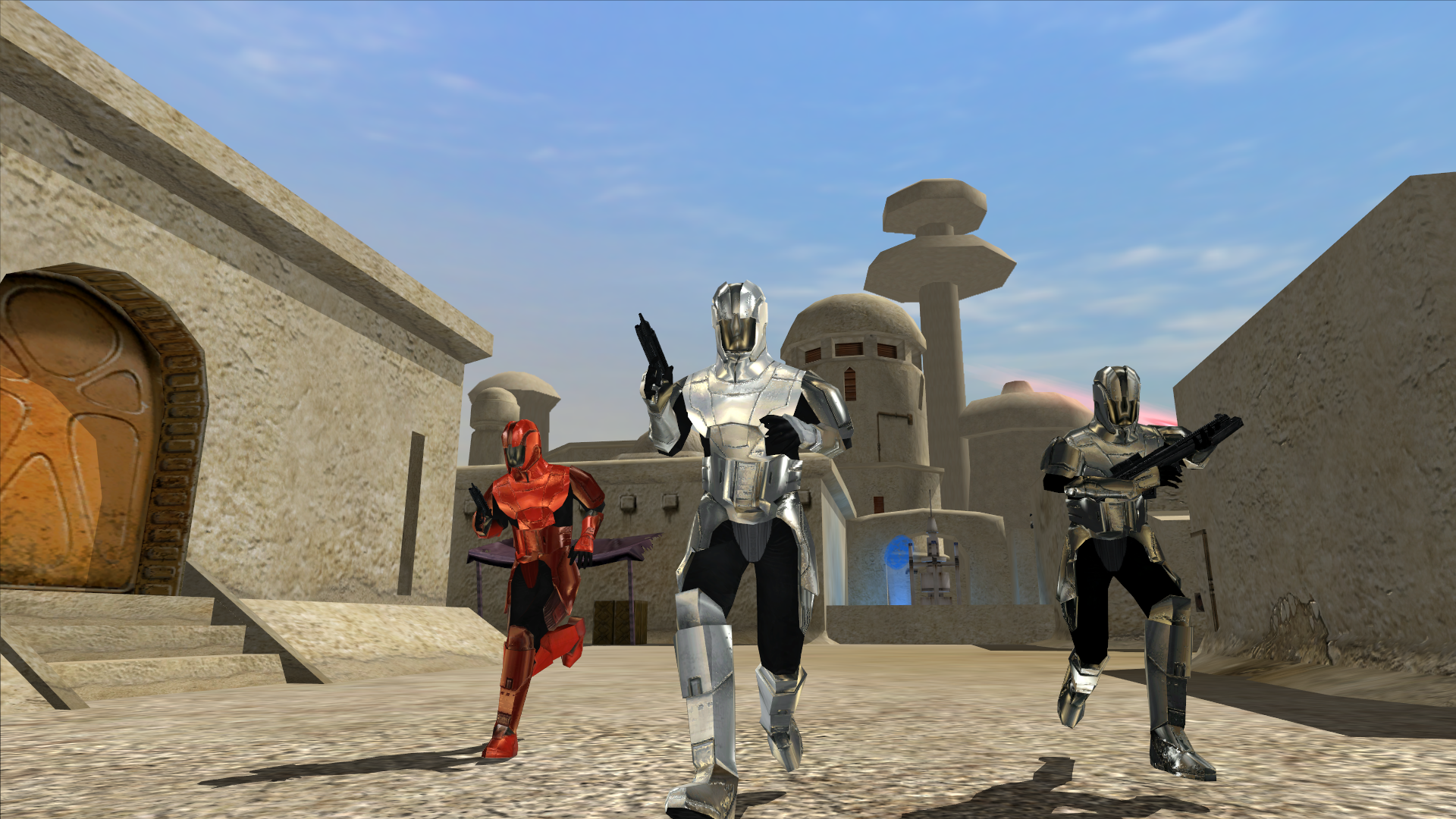 Sith Troopers, this project was a lot of fun to do, I really enjoy playing these guys online, and yes I know they have GCW Weapons, I didn't have time to add them in. 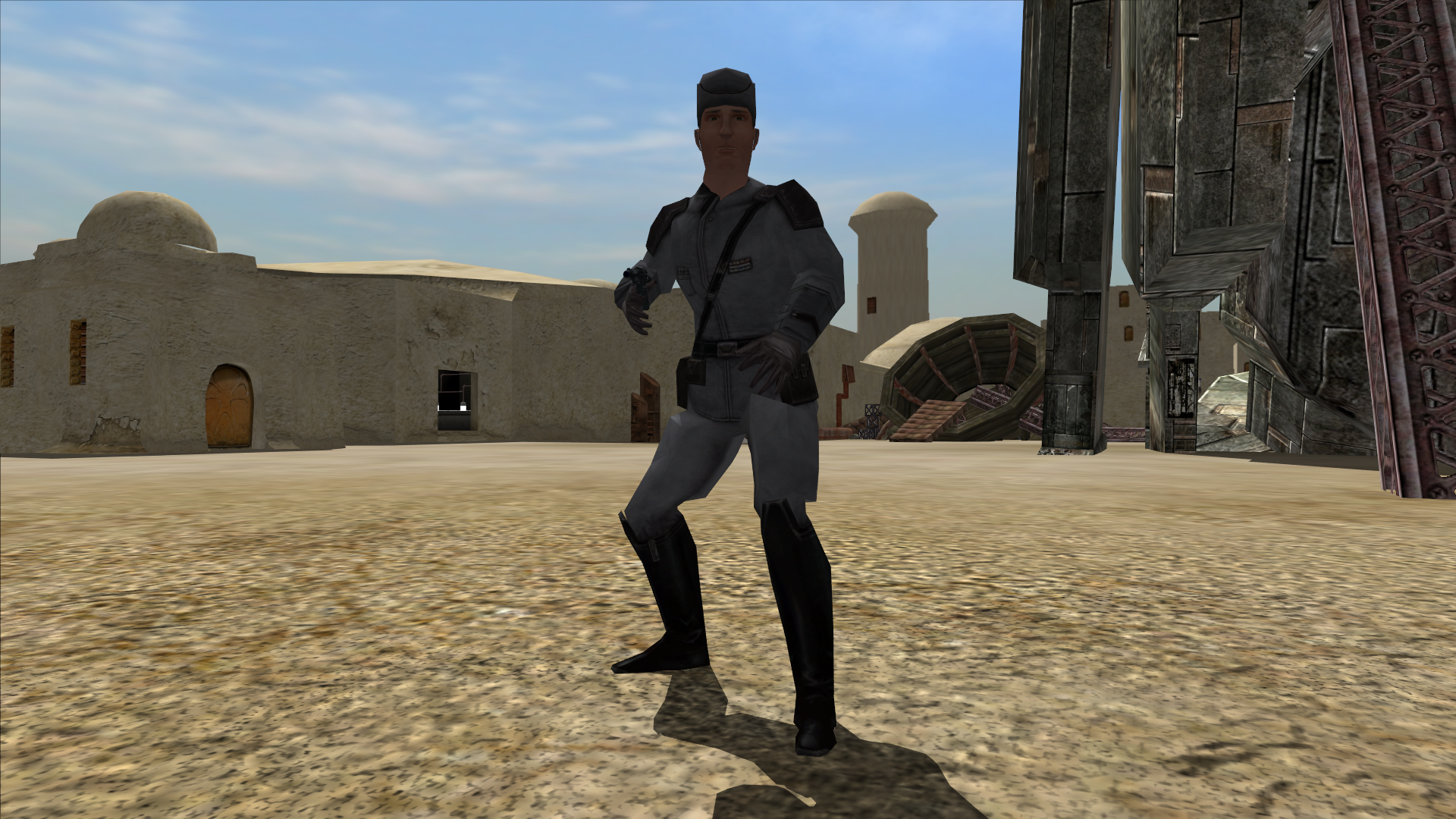 Sith Officer, nothing much to say other then he needs some fixing up. 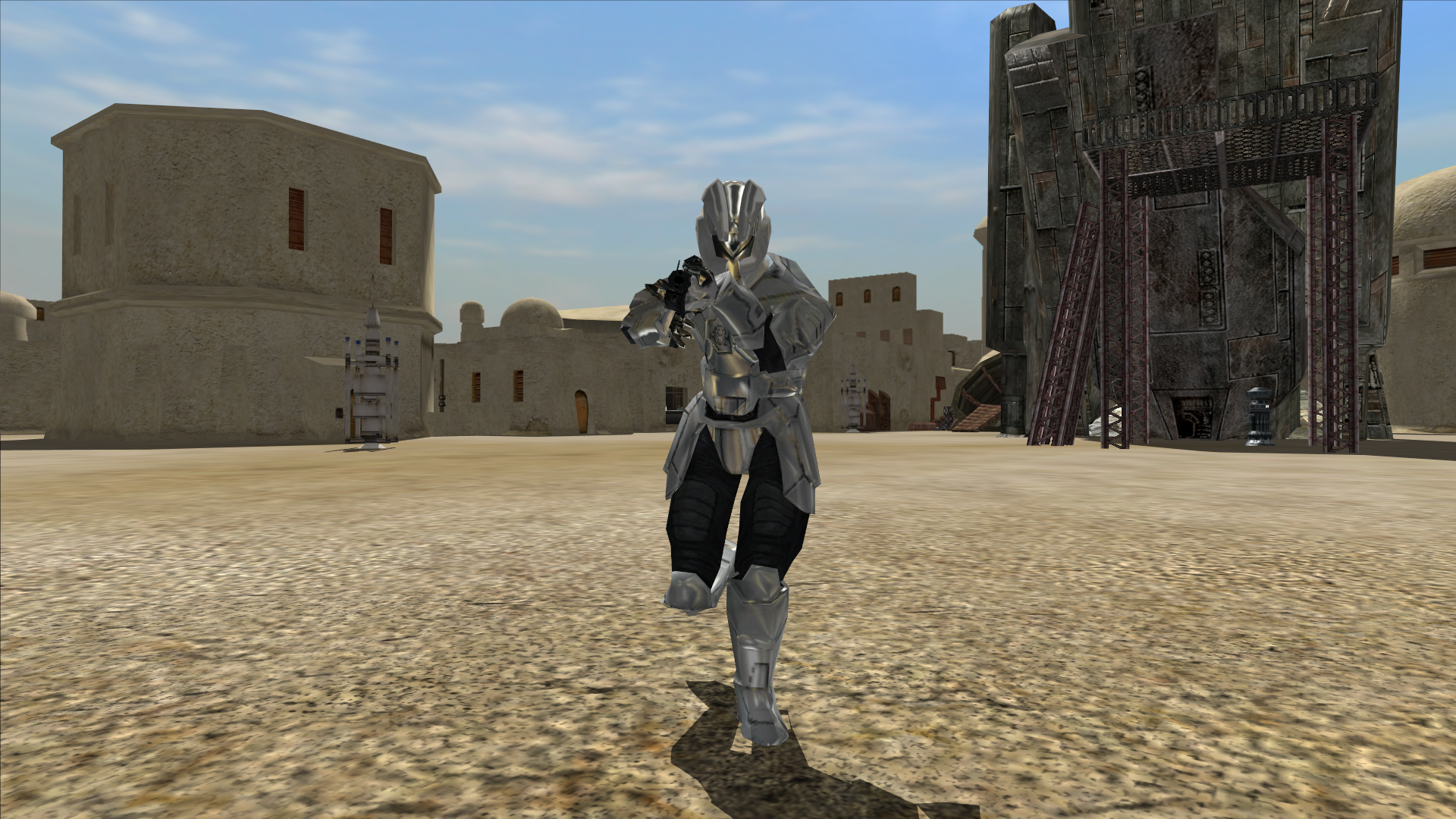 Well, we've certainly seen them plenty of times, but I think you'll enjoy this. 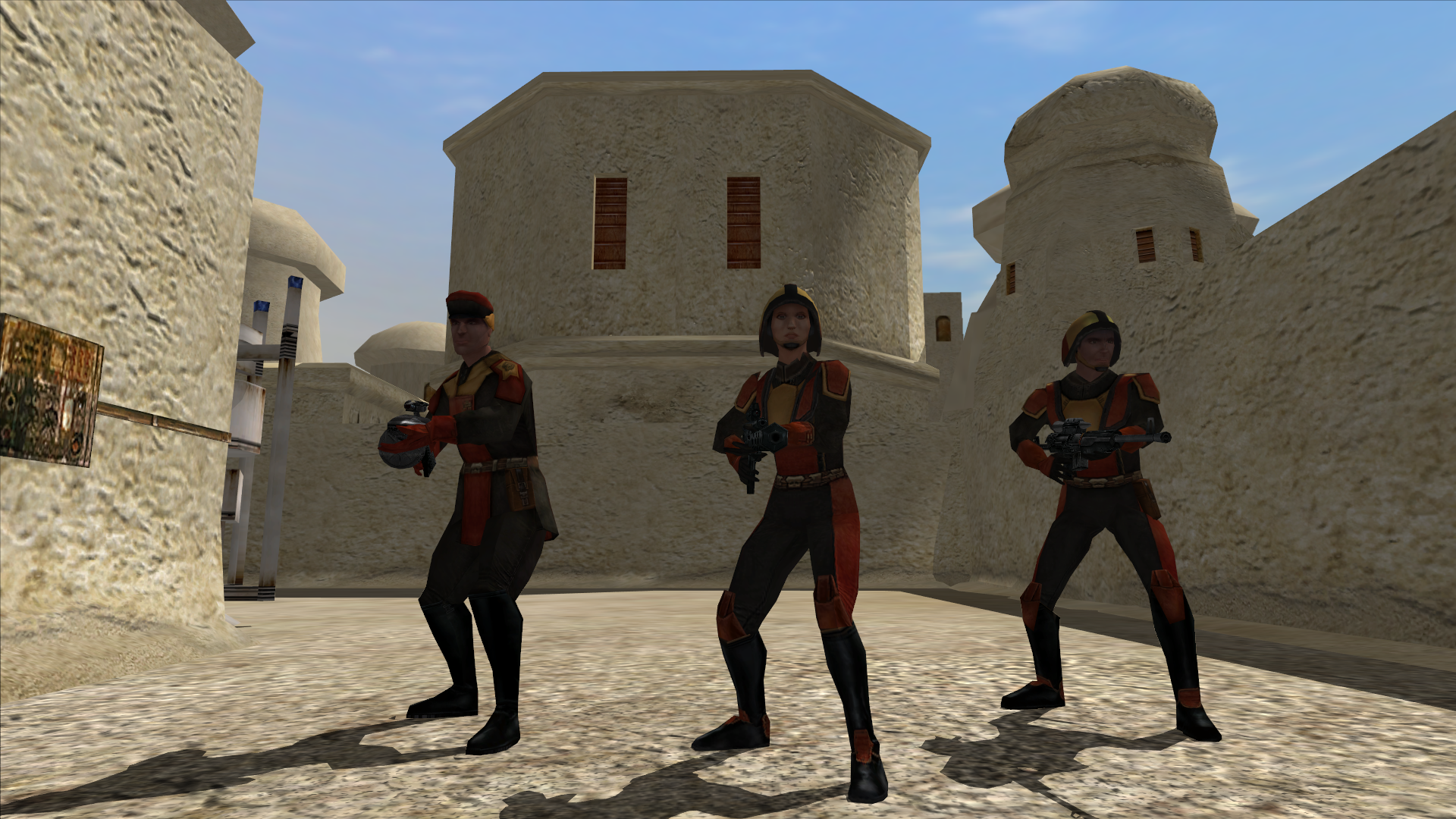 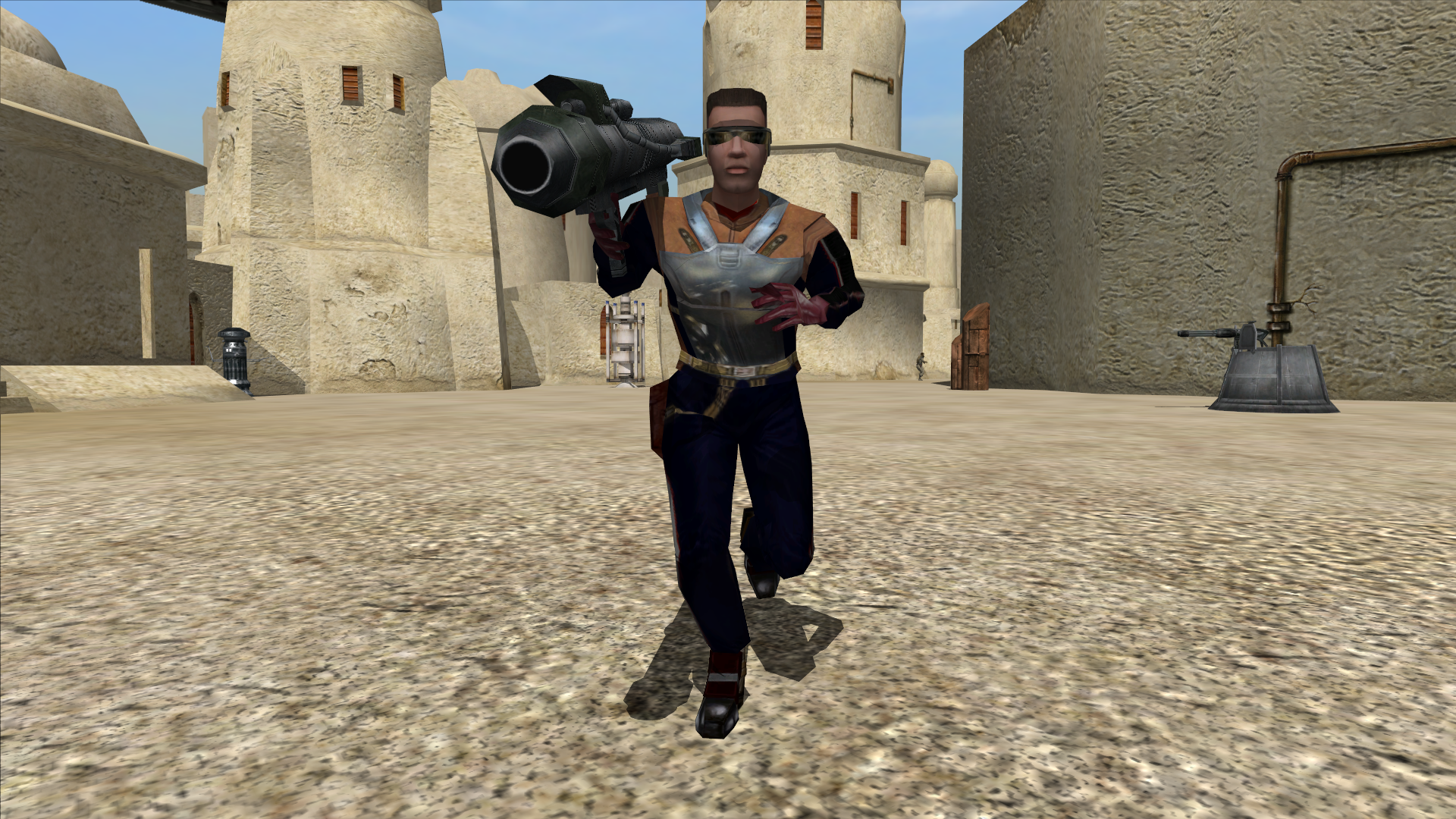 Heavy Trooper, used the Republic Mod Armor and the Targeting Visor from KotOR.

There are no FPM's right now, but those will be worked on soon.

Hard work went into these units, but I present to you, the latest Jedi/Republic and Sith from KotOR I & II added to this game. 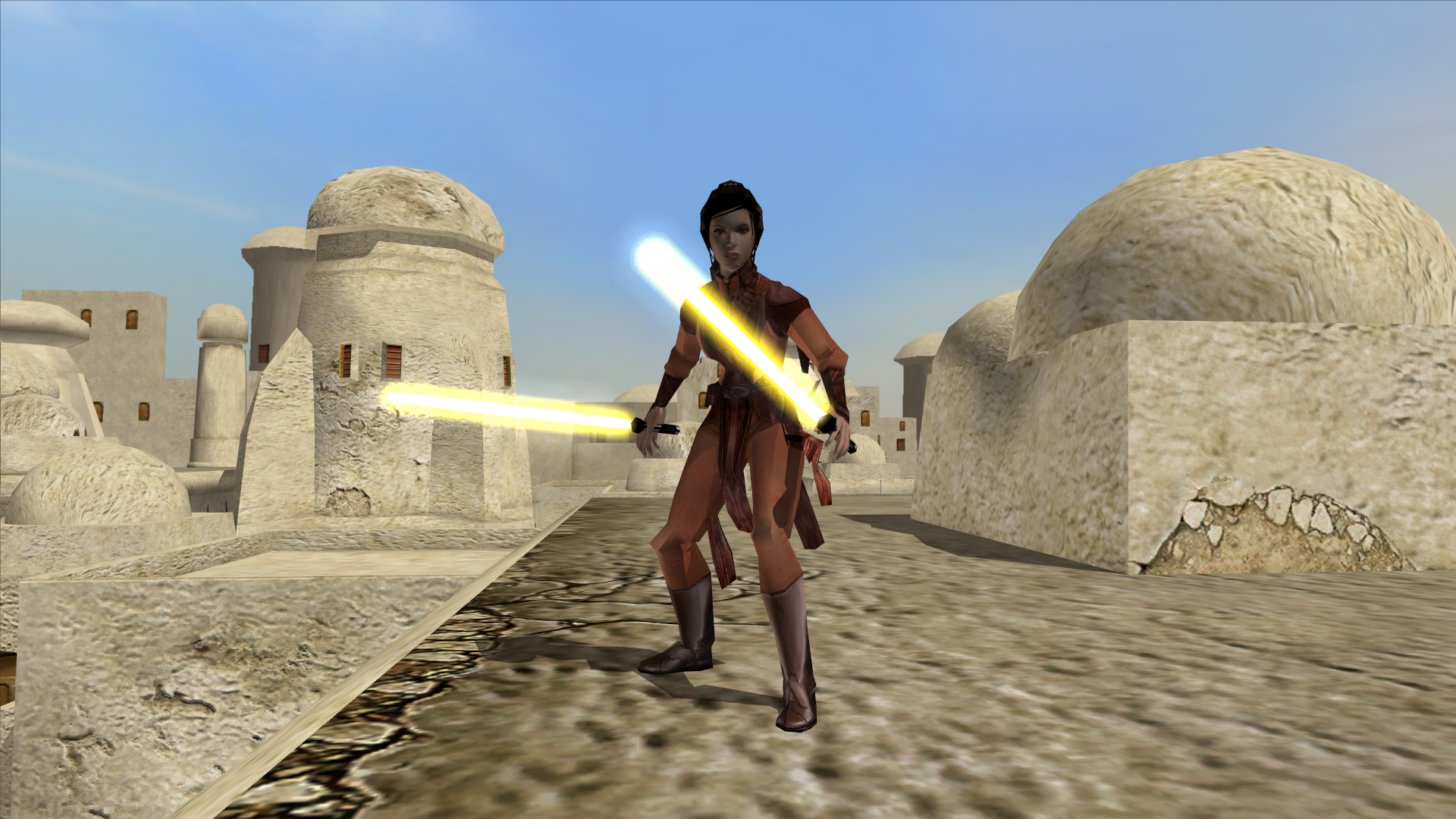 *Yes she will have a Dual-Bladed Lightsaber.* 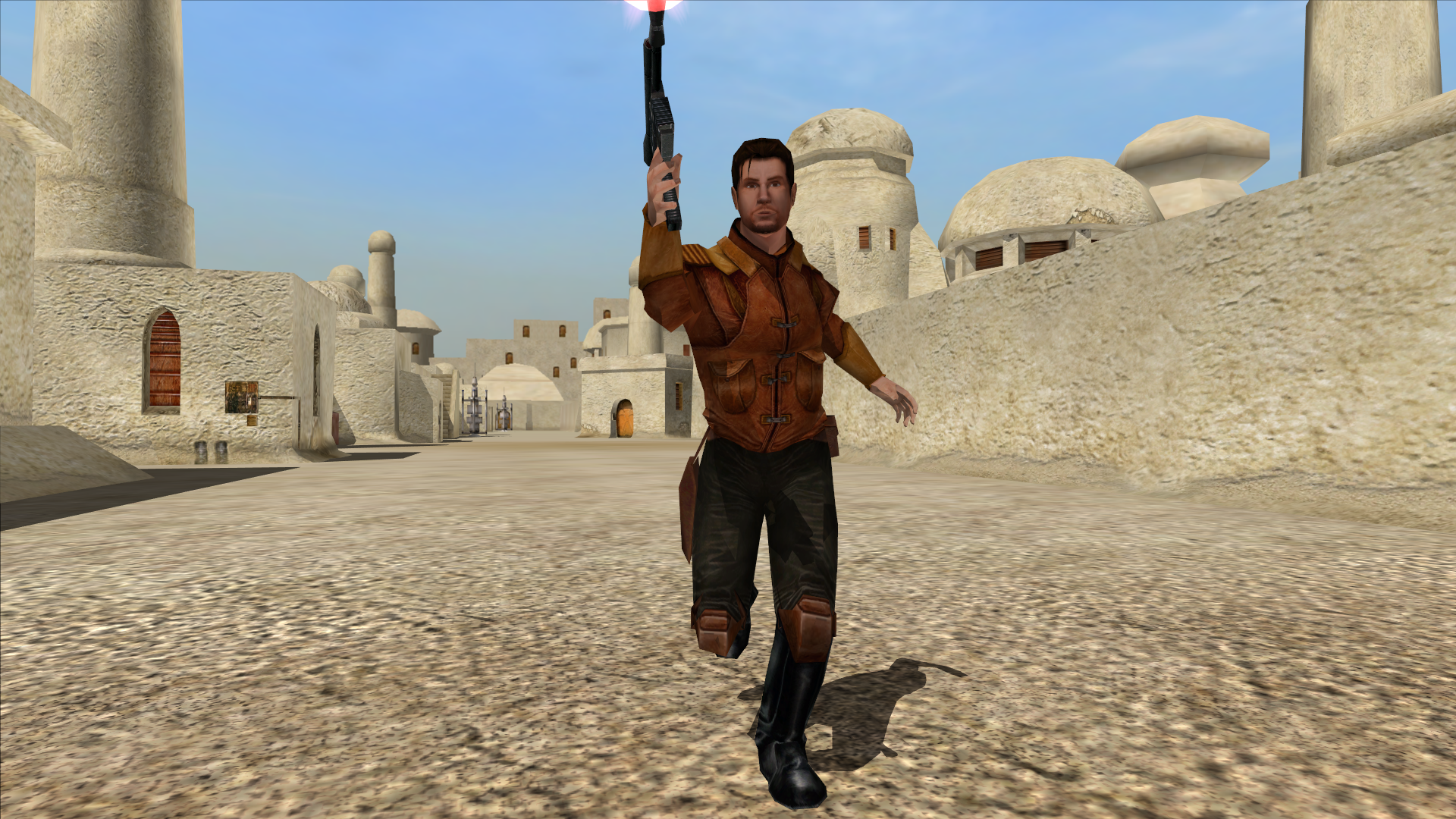 I don't wanna talk about it. 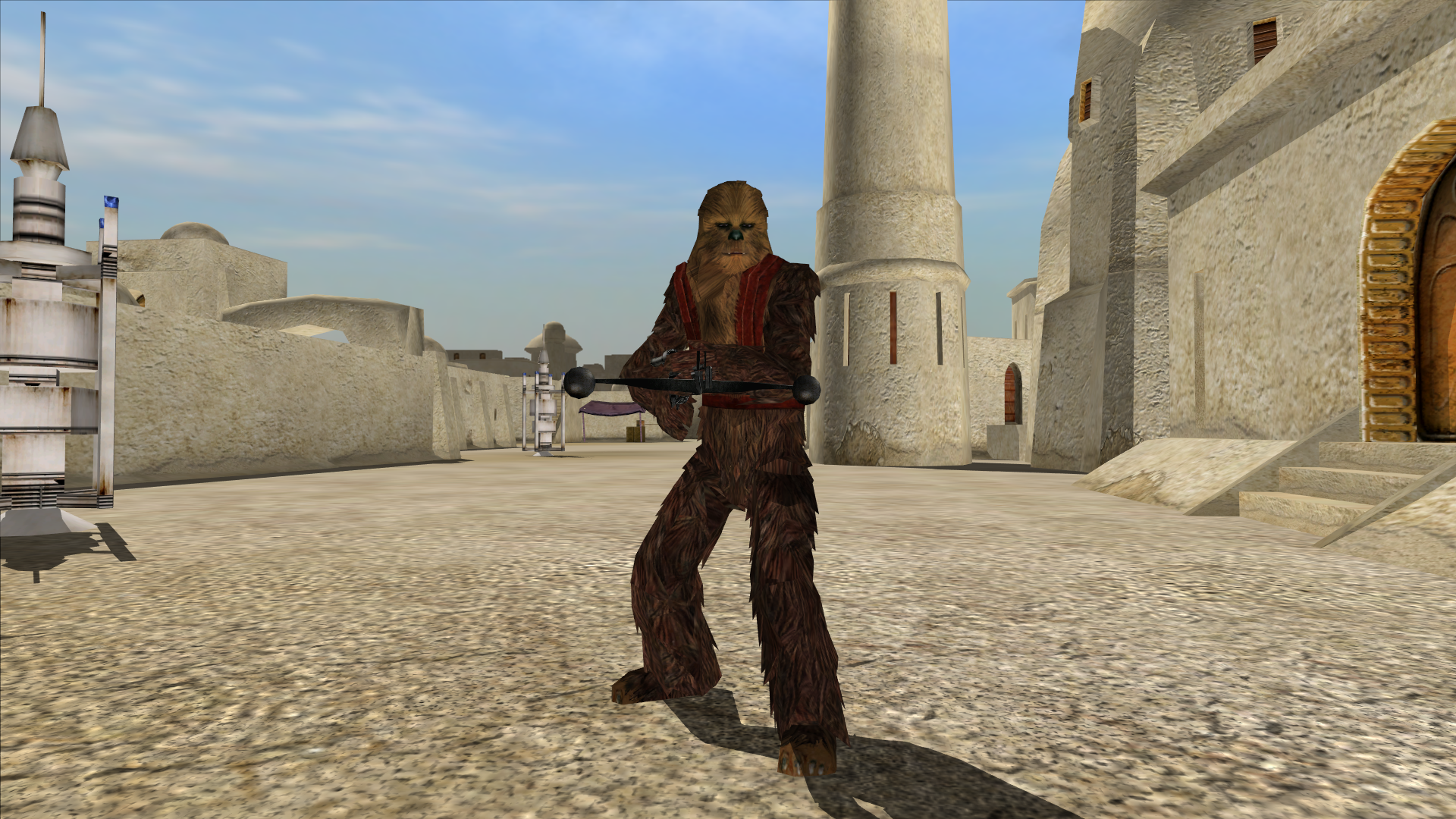 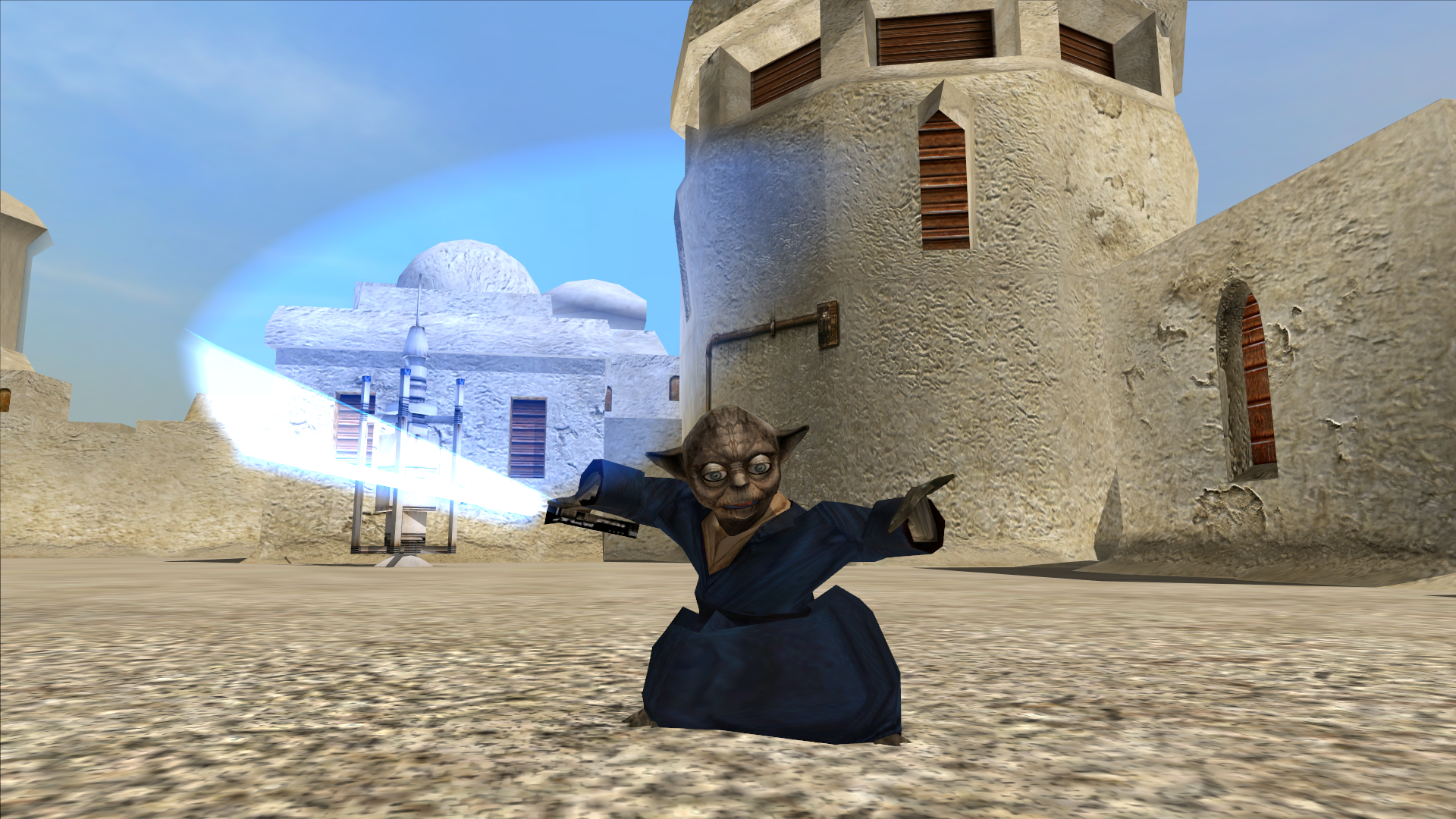 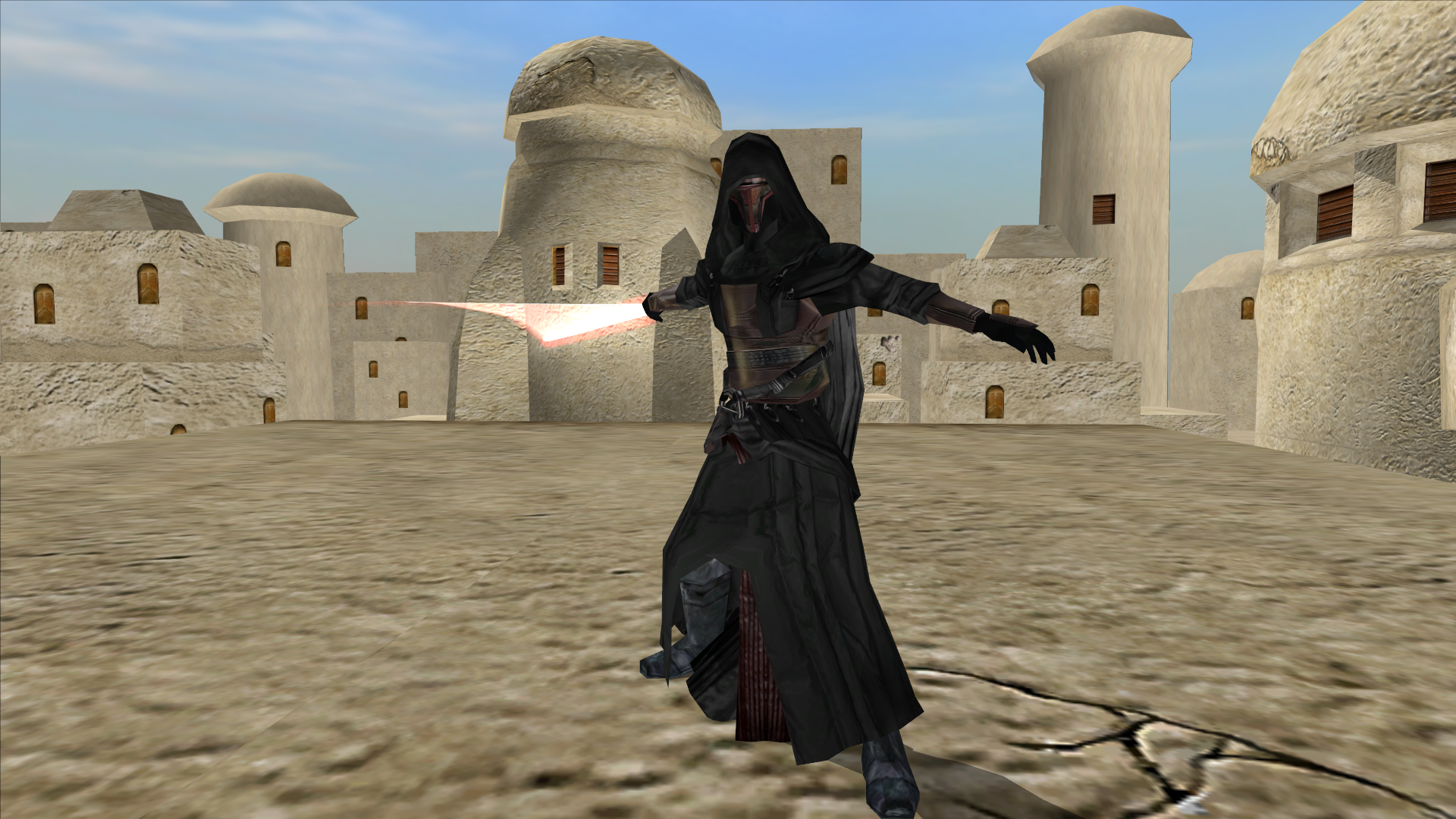 *removes mask* WAIT BUT THAT'S A- 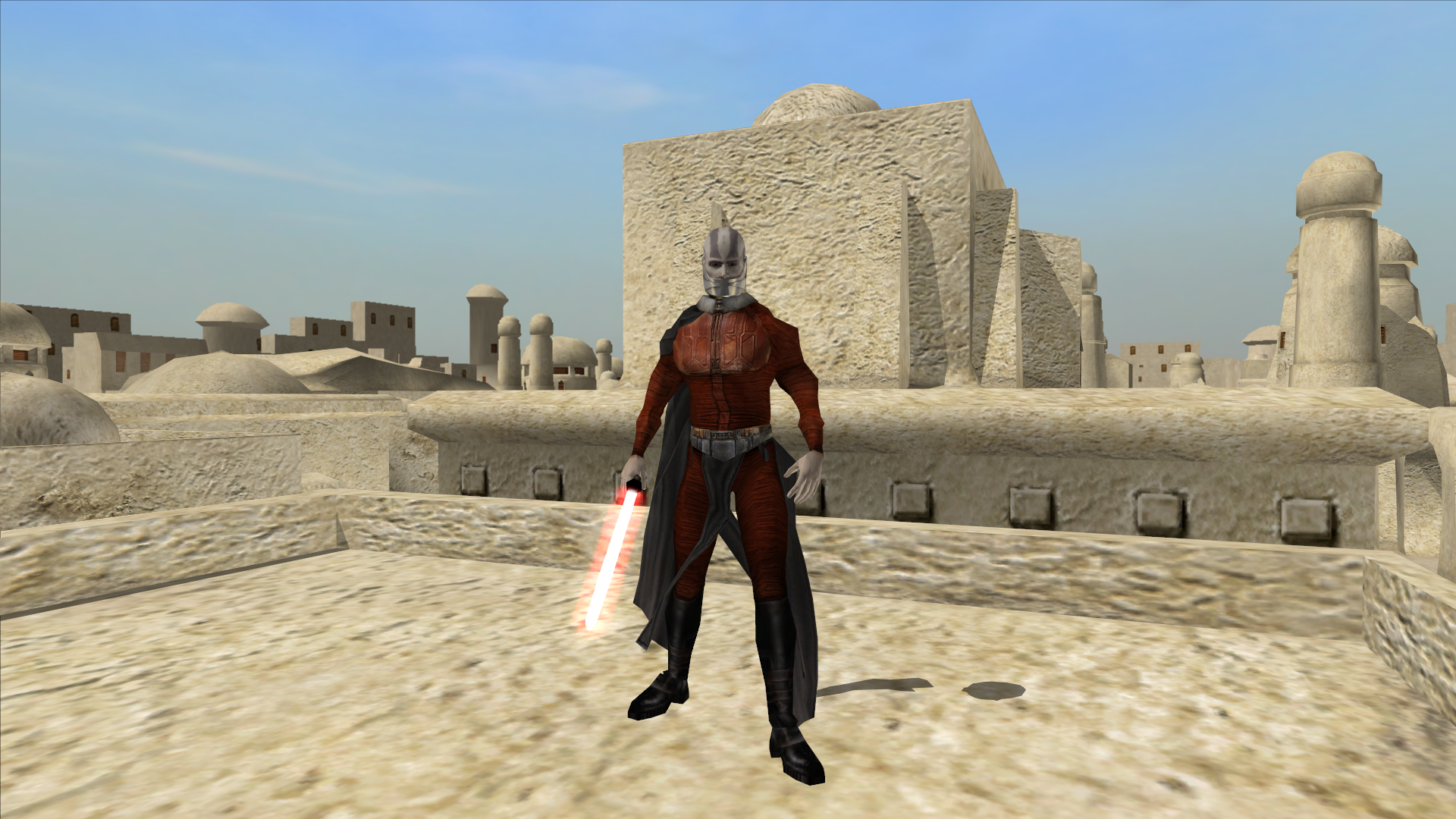 This is but a taste of the dark side, to whet your appetite.. 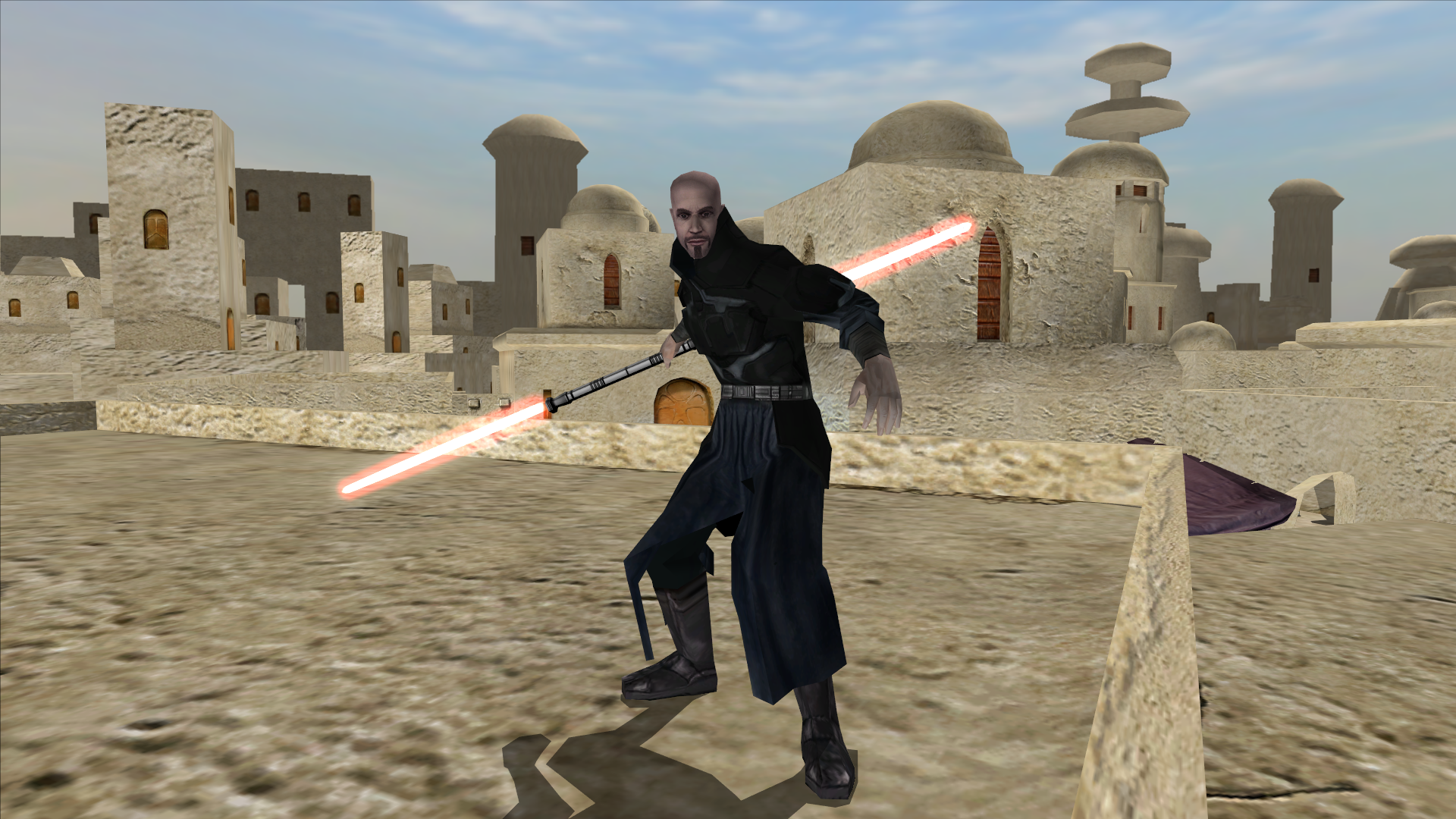 I have studied at the foot of the Dark Lord himself! 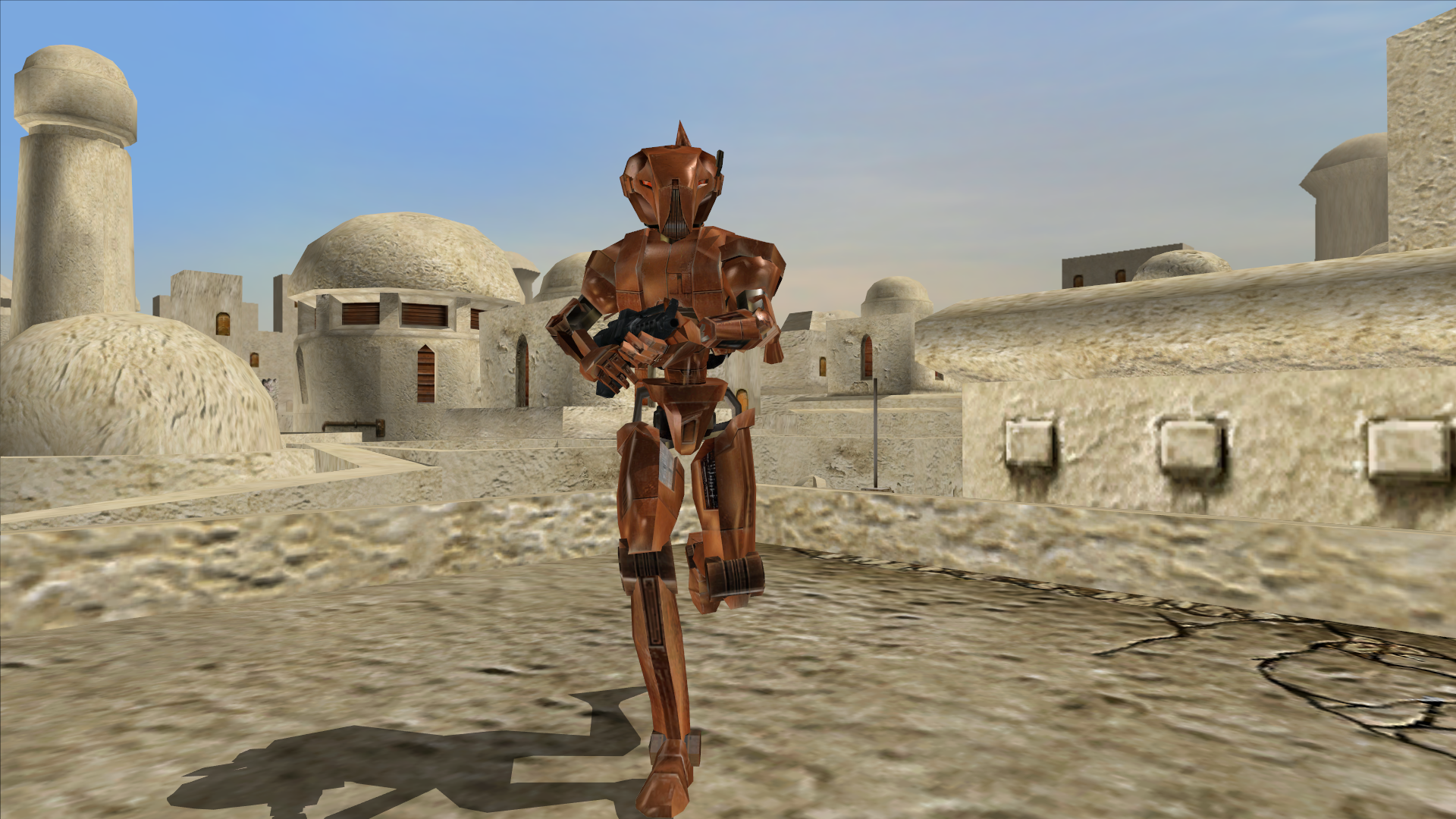 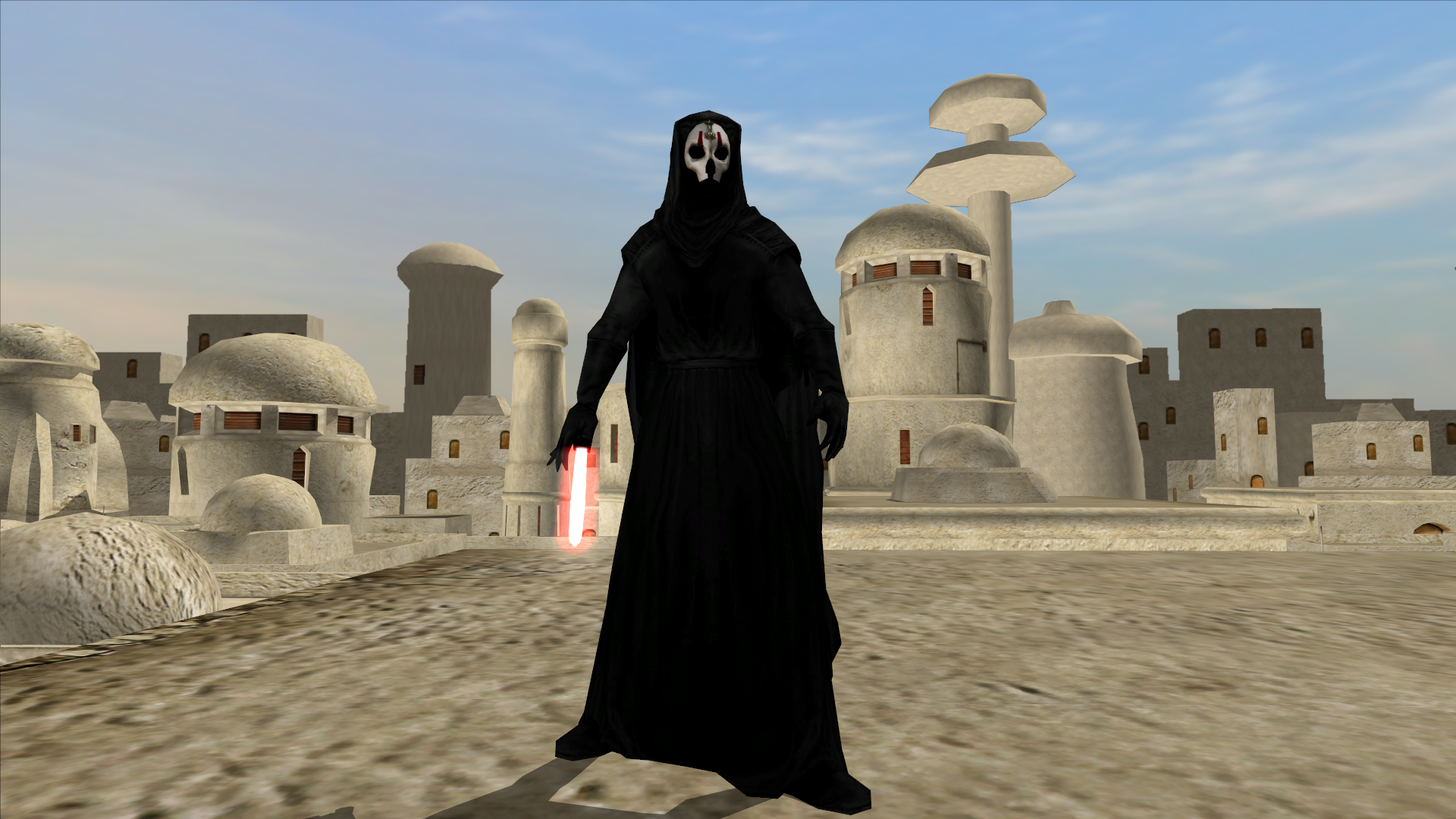 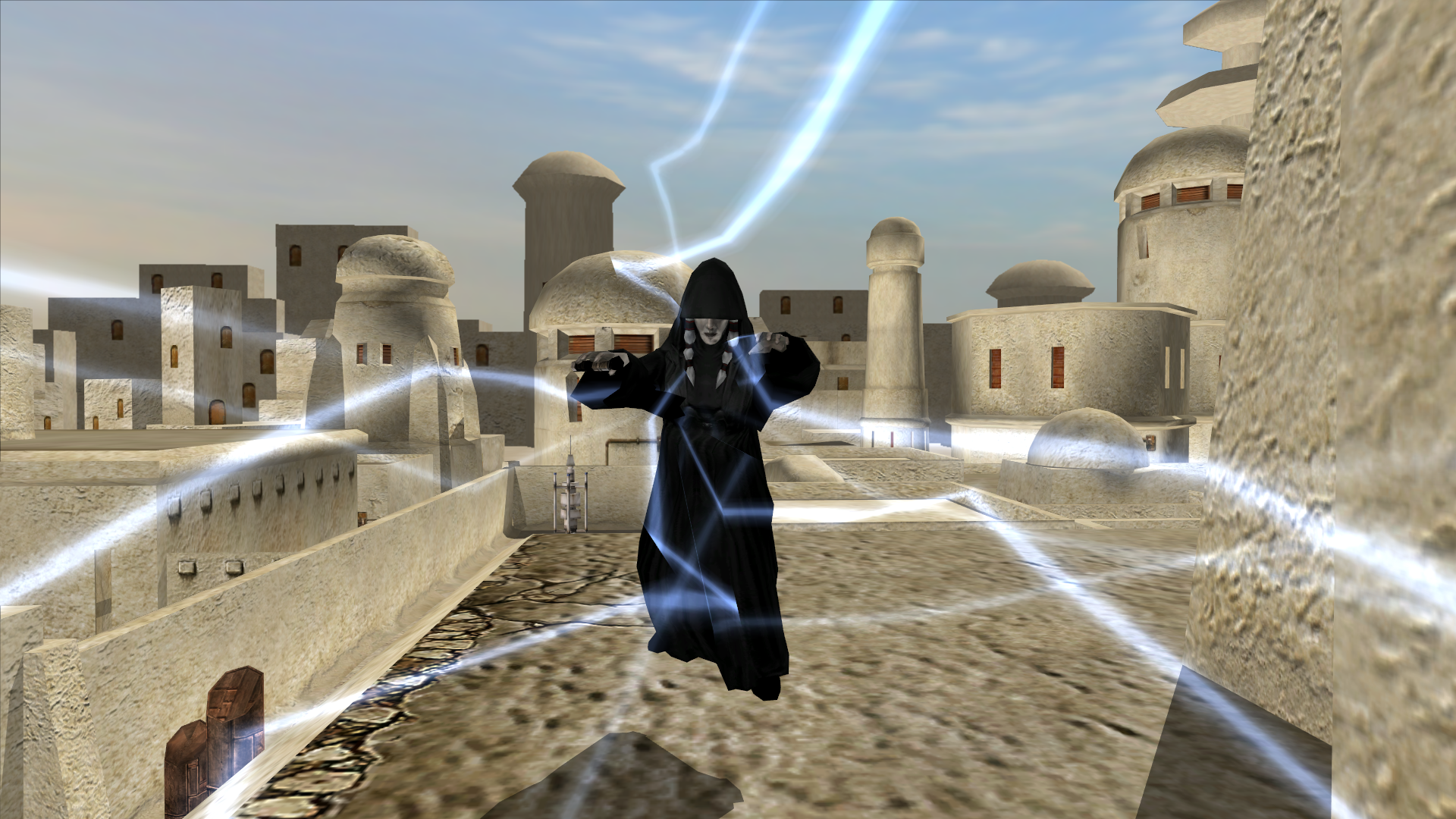 So, not that many maps have been made, since I have been focusing on Malachor V, but The Endar Spire, and MW Era Taris are projects coming soon, plus many more.

That's a whole other article. :) Which is coming soon, very soon actually.

2020 is looking to be an amazing year for this mod, which I have been working on for almost two years, if you have any other question's ask away in the comments.

Were you expecting a bit more? Most likely, but life has a way of preventing that.

When will the Side's mod be available? Pretty soon, I'm working on an online compatible version you can play on vanilla servers, and a separate one, which will only work online if the server is dedicated to their respected eras.

Music in-game? Yes, if I can figure it out.

Who did the Art on the Left hand on the Mod page? I did, I will most likely edit it again, because you learn more when you dabble in certain programs.

Do you need help with voice acting and model/texture artists still?

Yes, for VA I need someone who can speak like the Sith Troopers who have a British accent in KotOR I.

Send me a Direct Message on Discord or on Moddb for more information.

Why didn't you post an article for almost two years? Life, and I didn't have much to post.

That marks the end of the update's and 2020 news, thank you all for reading this and may May the Force be with you all! Be on the lookout for more images on Moddb, and Articles in the coming months!

This modification to SWBFII adds three new Eras as well as mostly every map from the KOTOR era. Including new custom units with custom voices and custom...

Whats New? Experiencing the Mandalorian Wars on the Battlefront. (Read more for everything added and fixed.)

Malachor V demo, READ THE DESCRIPTION BEFORE DOWNLOADING! VERY IMPORTANT TO READ IT!

What the difference between this mod and the conversion 0ack? Are these 2 mods even compatible?

I'm releasing a sides mod before I discontinue production, check my Discord for pictures and such.

Whenever I load the map it crashes.

Could you upload the sides mod in this page or tell me the link to your discord page? I am trying to enter to your discord but it tells me that the invitation is not valid or has expired.

Where are the files? Can only see Malachor

Naielis has stopped working on the mod currently check the discord for more info.
He has asked for someone to continue the mod

we he publish his work,even if it's unfinished?