"Best Star Trek Mod for any game period."
Mod of the Year 2014 I Player's Choice
RSS The Quest for Perfection

Bane introduces you to the Borg, re-balanced for Nemesis.

Hello and welcome to the second faction update for Star Trek Armada 3 - Nemesis. This time we're set to re-introduce you to one of the deadliest and most implacable foes of the Star Trek universe - The Borg. 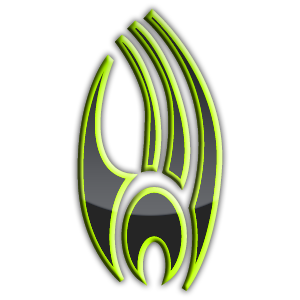 There have been rumours and speculation about what we're doing with the Borg ever since Nemesis was announced, much of it wrong. The time has come to reveal the cold, hard truth about how the Borg are changing and what you can expect from them when you start Nemesis for the first time.

Let's begin with how the Borg handle the early game. 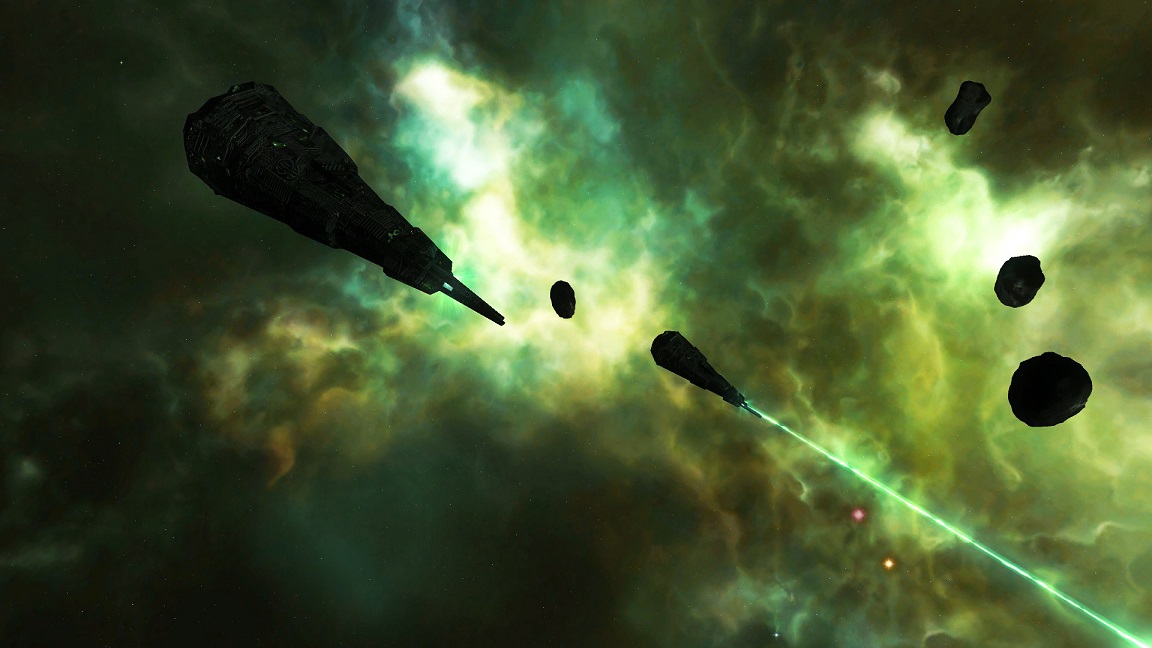 We felt that, overall, most early game Borg units are fine the way they are for the timebeing. That said, we've taken a look at their early game support assets, starting with their initial capital ship - the Trapezoid. While it's meant to be far from the Borg's most powerful ship we felt that the Trapezoid's usefulness and effectiveness were far too limited. With that in mind, we tweaked the Trapezoid so that it now provides a much better damage reduction buff and has a much shorter cooldown on its planetary bombardment ability. Hopefully this means Borg players' starting capital will retain its usefulness well into the mid-game, and won't be sacrificed to free up fleet supply or left gathering dust as a glorified colony ship. Say hello to your new planetary assault ship! 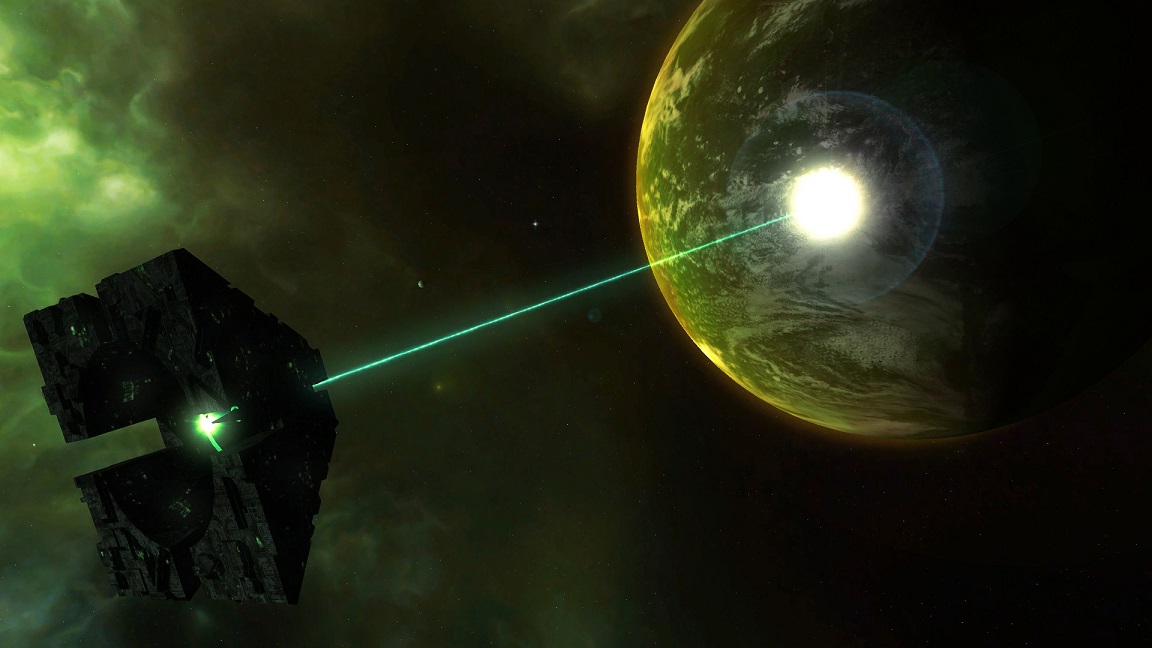 Still in the early game we've switched the Borg's hero units around somewhat. Seven of Nine is now the Borg's early game hero, setting out to secure the Collective's initial worlds. By the time the Borg Queen takes to the field in the mid-game Borg players should be just about ready to begin producing the rightly feared Cubes. With the Queen and her deadly abilities supporting these powerful vessels, this marks the point when the Borg become a truly menacing presence in the game. 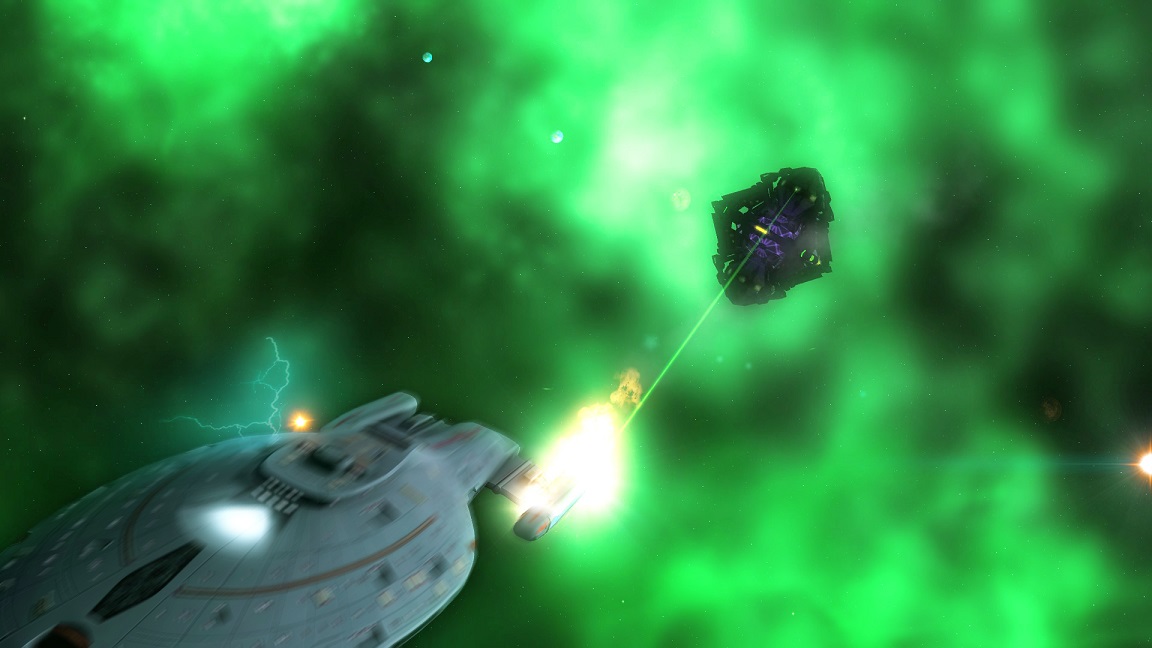 Terrifying though they may be, Borg players will feel a distinct difference in the mid-game, so much so that your tactics might need to change. The Cubes themselves have been overhauled in two ways. Firstly, they have considerably more firepower, now able to engage two targets per weapons bank straight out of the box. Even without additional research, a Cube is now able to effectively engage entire enemy flotillas. Further research turns them into monsters, able to engage four ships per bank. That said, Borg players will find the armour and hull points of their Cubes significantly reduced, meaning that while your Cubes might be able to wantonly blast enemy ships out existence, they are vulnerable to focused fire and will absolutely go up in flames if you try to win simply by throwing Cubes at the enemy. Now even Borg players need to carefully utilise their support ships and abilities. 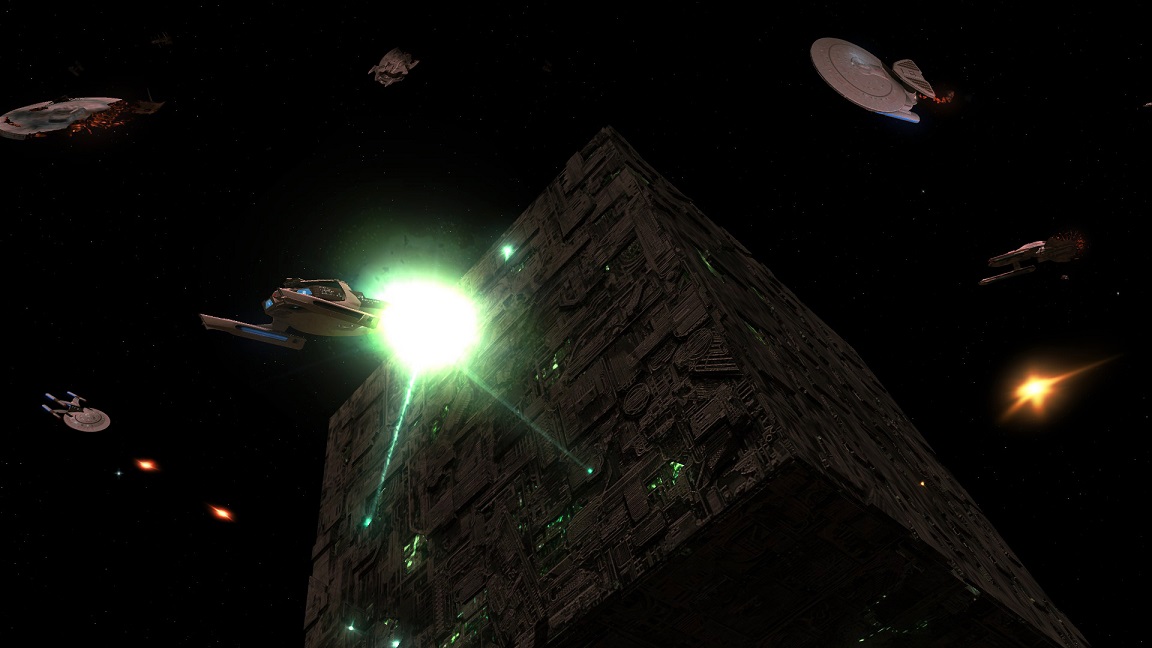 But of course that's not enough. Let's talk about the BIG ship!

You know the one we're talking about. The undisputed heavyweight champion of Armada 3. Lord of the late game. King of the battlefield. Bringer of death and destruction. Cause of innumerable rage-quits. The fire-breathing turd of doom. The Progenitor. 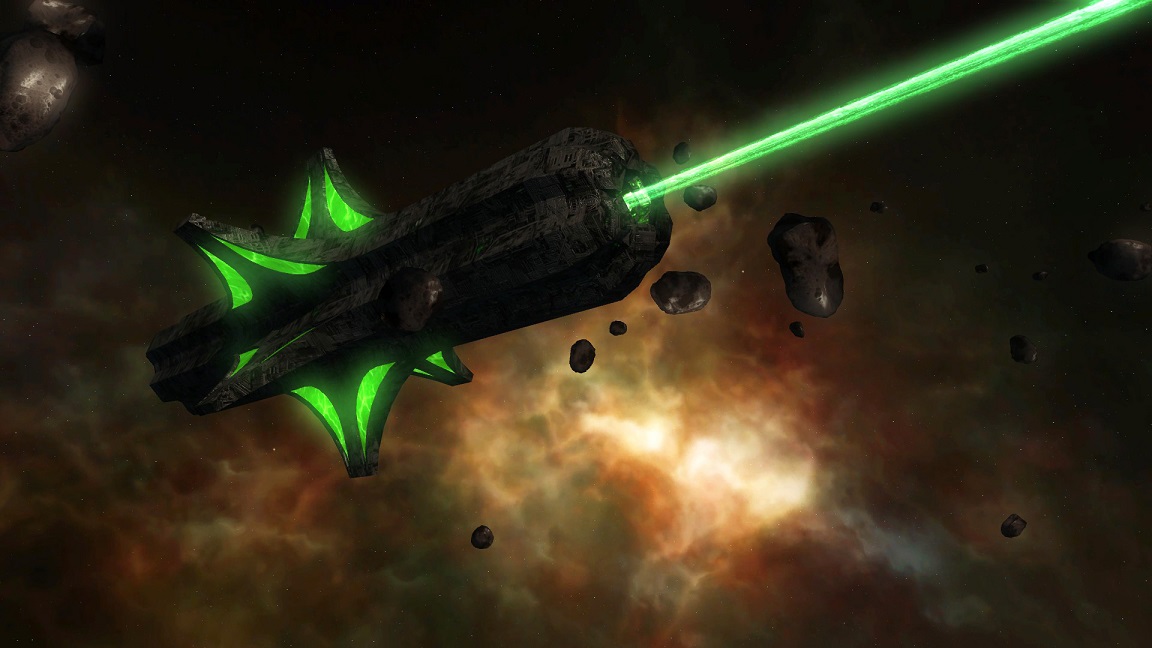 Specifically, let's talk about the Progenitor's deadliest ability - the Reaper Beam. Initially it was quite common for stronger enemy ships to be able to withstand a blast from this mighty weapon, especially if buffed by nearby support ships. This is no longer the case. Now, any ship the Reaper Beam hits dies a firey death. Resistance is futile. Its extremely long cooldown, however, definitely places this in the 'strategic weapon' category. Use it wisely. Beyond that, the Progenitor is as formidable as ever.

For multiplayer, the last few weeks have been spent carefully balancing the Borg, and now we can confidently say, at last, that the Borg no longer need to be banned from multiplayer matches. With tweaks to their strengths and weakness, and also to their economy, the Borg no longer have a perfect play style that will win every time against all comers. The Borg now need to be aggressive AND defensive, as the expense of their ships and research means that a single lost battle can immediately put Borg players at a severe disadvantage. Favouring quality over quantity as they do, players who like to take a high risk-high reward style of gameplay will find themselves well served by the Borg. Resist the temptation to overconfidently rely on brute force, utilise your support ships and carefully manage your fleet, and the Collective will prevail. We encourage future Nemesis players to both play and allow others to play as the Borg in multiplayer.

Good luck in assimilating the galaxy!

But how well can the borg ****-punch?
That's the real question!

They can cunter punch harder than Ron Jeremy on Amphetamines.

Was the the Progenitor inspired by STO's Borg V'ger like ship?

So I'm wondering, can the AI Borg build the Progenitor? I mostly play Coop with my friends, and the Borg never build their titan. Just wondering because it would be a lot of fun trying to face it.

It's happened to me once. but then I don't play against the Borg very often.

The last game that I have played had three Progenitors at one point in late game ... and on very big map with 9 players ( I have played in combined Federation-Klingon-Romulans alliance vs Cardassians and Dominion vs Borg ) .

Let me say that it wasnt simple ... One was taken down when Borg attack on my station failed - fortunately , it didnt caused too big casualties on my side . The other two stuck ... other AIs would suffer somewhat large casualties ( especially Klingons ) when they were faced with Progenitors . After many hours of pushing sector by sector ( some of my games can last up to 24 hours or more , combined , no joke ! ) I managed to actually economically shrink all Borg AIs . With combined fleets , both mine and allies , I managed to take one of the two Progenitors ... the last one was taken out easier as Borg was bled out and left without any supporting fleet - allies were able to outnumber it .

Really looking forward to the next release. One thing I would really love to see is the Fusion Cube as an additional Borg Titan. It was the greatest ship in Armada 2 and anyways you can never get enough Titans.

Wow this update is looking great! Is there a release date for this yet? Or is that something that remains to be seen?

Will these modifications done to the Borg faction apply to TFF too? Or will it be a Nemesis-only feature?