RSS Help On The Way!

What's this? A dedicated Armada 3 update? No, your eyes do not deceive you.

Well, it's sure been a while since the last time we did an Armada 3 post. With Ages of the Federation speeding along we honestly haven't had much time for good ol' STA3.

Obviously since Sins' recent update many of you have been experiencing problems with the mod, up to and including the whole thing crashing to desktop whenever you try to start a game. Naturally we're going to continue supporting the mod and we're already working on an update to ensure the mod continues to run smoothly in the future. Until then, we're here to rescue you from the horrors of CTD.

Sins recently updated to version 1.93, while the current build of the mod is compatible with version 1.91. In order to run the mod reliably, you'll need to revert the game to its previous version. It's a simple procedure that only takes a few seconds.

First open Steam. Right-click on your copy Sins of a Solar Empire Rebellion and select Properties. Within the Properties menu, select the Betas tab. Once there, select v1.91. With that done, the next time you start up the game the mod should start up as normal. Provided you've installed the mod correctly, of course. 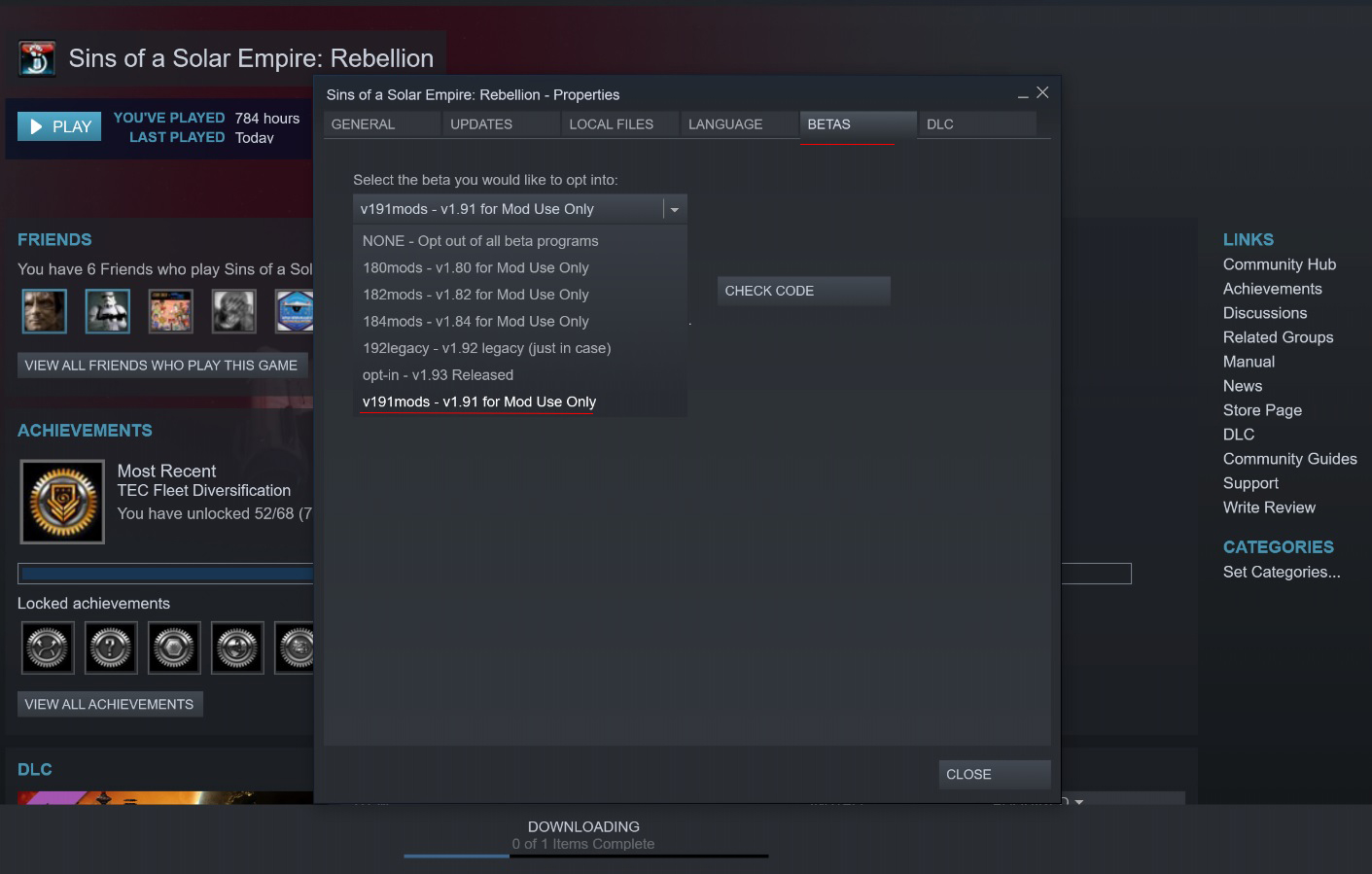 "What's that I hear you say, Orion? An update?"
Why yes, I did indeed say that. With the recent release of the Minor Factions DLC release, it seemed a shame not to incorporate the new features this DLC brought to the table into the mod. After all, we're already in the process of adding them to Ages of the Federation, so why not show Armada 3 some love?

You'll be glad to know that Gul-Dukat has personally been working like a Trojan on the next update for Star Trek Armada 3:

The mighty Gul has taken personal charge of Armada 3: Uprising, the next update for STA3 that will incorporate the new features brought to us by Minor Factions. And we're pleased to say that it's looking good. The game, as well as the mod, hasn't played this well and this smoothly in years and we thank Stardock for it.

The most obvious addition brought to the game by the Minor Factions DLC is, of course, the minor factions themselves. So naturally you're probably wondering which minor factions you're likely to encounter. We have a few in the mod already. Here are a handful of hints: 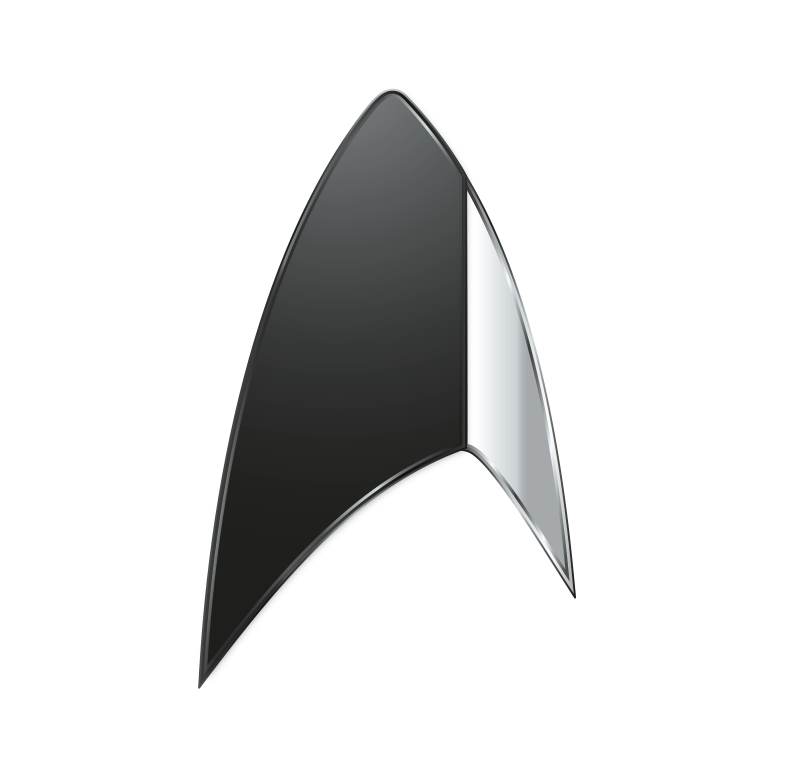 You'll have to wait for the release to find out precisely who does what, but some of these factions will offer services and support such as buying/selling resources at a better price, offering spy abilities, going on raids against your enemies or sending ships to bolster your defences. Minor Factions brings a lot of new ideas to the game and we think it opens up a number of great new gameplay options.

We'd really like to hear your thoughts on this, too. We're still taking ideas - which factions would you like to see represented in the game?

"Sounds great, but when can we expect to play?"
More good news on that front. Gul is working away steadily on Uprising and he's quite pleased with the progress he's made so far. That said, we're sticking to our usual policy of not naming a specific release date until we're within comfortable sight of it. I've been authorised by Gul to say that a ballpark estimate puts the Uprising update mere weeks away, so it will be with you very soon indeed.

So there you go - a surprise new release for Armada 3! Consider it a late Christmas present!

We'll be with you again soon.

Sure can't wait to occupy Bajor.

Armada meets BotF... more than ever before. :-)

The first three minor factions are easy; Bajorans, Maquis and Ferengi, but I'm not totally sure for the last two. However, I assume they are Obsidian Order and Section 31?

Bajorians keep delaying the release for the new content. Hopefully other mods start updating as everyone hasn't seemed to be wanting to since the release. Or at least you are the first people to talk about bringing everything up to date.

That's superb news to read Orion, and great job on Uprising so far Gul! keep up the good work Devs!

Ideas I'd love to see the Gorn and Naucassians be included as minor factions.

Great to see Gul is heavily at work, well done mate and to the entire team.

I think it's important to stress that we're not looking to add more in the way of models or ship types - this is a functionality update more than anything else. Given that that's the case, any minor factions that are added are unlikely to be offered new visuals that you haven't already seen in the mod.

Any idea what's up with CTD in Enterprise-E call-in from Starfleet HQ?

THERE
ARE
FOUR
MINOR
FACTIONS

I'd like to see as additional minor faction the Vulcans as they have already many ship types, and Son'a as well as Orion Syndicate (if this isn't part of the pirate faction).

Nice to see STA3 is still getting love.

Agree with many of the suggestions above like Son'a and Borg Resistance. Could add the Tholians, the Gorn, Obsidian Order remnant maybe? Species 8472 might make a cool minor faction.

I would love an update that allows us to have 2 Titan ships. One of type each not two of the same type if that's possible. Also, how do I edit the armor of ships? The Borg ship armor is crazy strong and I think the Defiant ship armor is too low. After all, it did survive multiple battles against the Borg Queen cube in the first contact movie. When other ships were dying with one or two shots the Defiant was still kicking. And as Commander Riker said, "it's a tough little ship".

I'm just gunna sit here, fingers crossed, begging to myself "please, let this let us buy Yeagers from the Maquis."