Some Tweaks For Tactics

Some Tweaks For Tactics--inspired by Fallout Tactics: Revised--is a balance mod that adjusts weapons and combat so all forms of violence are equal and weapon behavior is more in line with their real life counterparts. 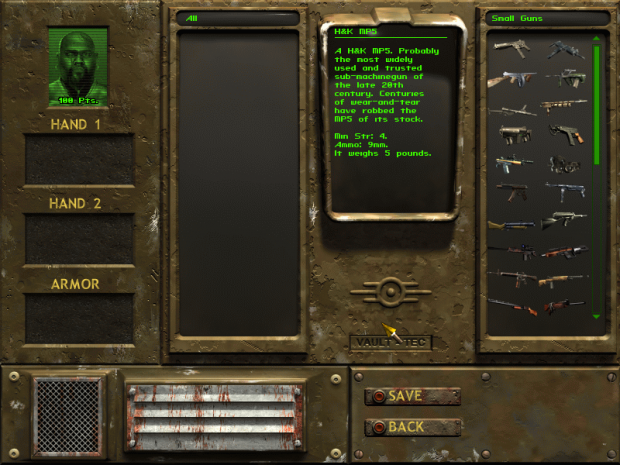 The MP5 is one of the weapons significantly altered; now instead of its normal burst attack it fires a 3-round burst. This gives the MP5 significantly increased range and accuracy at the cost of close range effectiveness. Additionally, the MP5's damage (along with every other SMG) has been adjusted to match that of the handguns. A few are slightly more powerful, owing to higher muzzle velocity but they're the exception rather than rule.

I'm hoping to turn this into an MP5SD4 once I figure out how to mute a weapon's report in the editor.