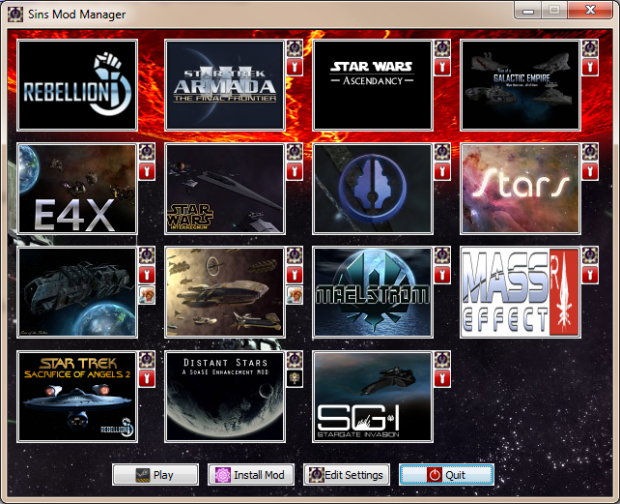 Sins Mod Manager v3 now supports a Swedish Chef for Sins of the Fallen and Fall of Kobol Baked Mods.