More information will be posted at the bottom of this article
COOP is unplayable for the time being, please stand by

Hello everyone, today I will be bringing you some new content to the community and as promised in the past so keep checking back for any updates and I hope you enjoy my little project that I've been working on for about a month :)

Right, since this is an BETA version you will expect a lot of bugs, this was released early simply to allow the community to see what they think and what they want to see in the final version. now since this is season one the storyline will puzzle you, but as you gradually start to get further into each season you will understand it better.

As stated above, this is only a beta so its about 60% unfinished, there are 10 chapters per season so expect a lot of bugs and lack of detail!
A few bonus features:
All-For-One Jugg - Give all 4 players jugg at 5000 points
Ammo resupply - Resupplies your primary weapon (only works once, will be fixed in next update)

CO-OP Version
In the co-op version of the mod you will need to load each chapter manually, e.g. nazi_zombie_chapterone, and once complete load the next chapter. You can still use the co-op version as solo but you will have to manually change each map after completing them.

Solo Version
In the solo version of the mod all you need to do is start "nazi_zombie_chapterone" and once you reach the end of the mission you will see a hand icon on your screen, press use (F) and it will automatically start the next chapter.

P.S look out for hidden secrets

As per usual, If you need any assistance or information don't be afraid to quote/pm me. stay safe and happy zombie hunting ;)

Update 0.3: Halloween beta release
Finally, after the last week of trial and error I am happy to announce that the mod will have a beta for halloween, due to quite frequent demand I will be releasing the beta version of the map. You will have access to town, woods, asylum, shoreline and sanctuary. 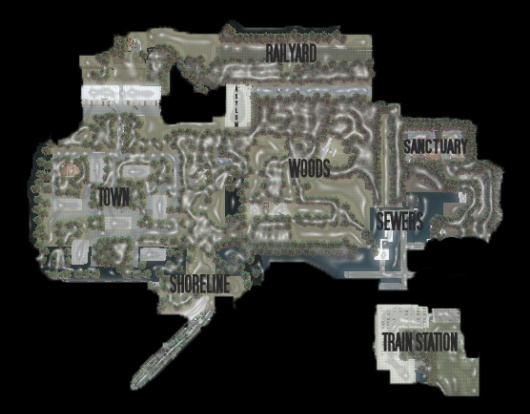 Known bugs (which will be fixed)
• Mystery box doesn't automate (move locations)
• Sounds are missing on selected guns (weapon testing)
• Barriers collide with players once bought (keep distant when buying)
• Zombies more than likely will become confused under certain locations (due to missing node count)
• Custom weapons are giveable for the time being, since i had to remove them because its cost was saying 'free'
• Custom weapons yet to be added to the mystery box
• Ammo crates won't trigger, don't buy.

Hello and welcome to the news update for Shadowlands - Season One, I would like to thank you for taking your time to read the summery and taking interest...

Hello and welcome to the first news update for Shadowlands - Season One, I would like to thank you for taking your time to read the summery and taking...

is 2018 now ans no news about this mod.Must have been abandoned now

Hello! I just made an account on moddb because I was so incredibly interested in your mod. I was wondering how one could become a tester for your map? I'd love to give it a try, and would love it if i could be part of the awesome experience this is probably going to be. Please get back to me, thank you.

So how is it going with operation storm mod?

At this present time its going alright, ive put the multiplayer scripting on hold for the time being and started to work on singleplayer again, I just kept running into script limits so the only way I could achieve what I want is to optimize or create custom models and fx. On a plus note there are a few more maps for multiplayer which are ready so its pretty much prepared for its release. I just dislike releasing something which is unfinished or lacking detail you know?

Hi! I am just wondering if (at the moment) it would be worth recording and making some videos for!
It sounds pretty interesting and my friends and I would love to record it. :)

Yeah that sounds awesome! if anything hit me up via private message or skype (CodGlitcherXi) and i will send over a better version, i also need a full lobby for the new co-op survival mode :)

Anarchic-x Base Assault Call of Duty: World at War