Shadow over the Pathoras is an epic adventure mod for GZDOOM that takes place in year 1650.

The Story: In year 1650 the Holy Roman emperor Ferdinand III. sends a royal naval officer William Wolf and his assistant to England due to important naval business. On their way they get caught by a storm, so they decide to anchor near an unknown island. What they don't know is, that the island is a part of an empire named Pathoras. 20 years before their arrival a tragedy took place in the Pathoras. During an excavation local miners found an ancient entrance to hell on one of the islands. Shortly after the discovery a 10 years long war begun against "the invaders from beneath". Citizens of the Pathoras lost the war and a bunch of traitors started to rule the Pathoras after. William finds an entrance to an old mine on the shore of the unknown island, but when he enters it, the entrance caves in. Wolf must find out, what happened in the Pathoras, join the rebels and help them to bring the old times back.

Shadow over the Pathoras 1.4 Anniversary Edition

It´s been a year since the first release of Shadow over the Pathoras. During the year I stumbled upon some graphics resources I did not have access to during the development, discovered some ideas that could improve the mod and recieved some useful feedback.

So I decided to update the mod one more time and added some previously lacking features and fixed some issues.

The most noticeable feature is an addition of GlDef (opengl) lighting to fire statues of Carastasus,magical projectiles and to blunderbuss (previous versions supported torches only ). Now are the explorations and fights much more atmospheric.

Another big change is a new map06 - Shadow Wood and addition of map81 - The Royal Proving Grounds. I received mixed feedback on map06 due to its narrow design. So during the making of this version I decided to scrap it and made a new one with more open space. The Royal Proving grounds is a DM only area, that can be accesed via map80 - The Fortress. This map used to be part of a now cancelled expansion pack for SOTP, but it will serve it´s purpose in this mod too.

Because the later maps are huge in sizes (Passus, Tereagen) and some players found them a bit confusing at times I added a new map power-up to the biggest maps. This power-up reveals the whole map with all items and monsters. It is usually located in peripheries of the maps.

Now to the weapons. The blunderbuss was reworked to be slightly stronger - now it can kill a lizardman in one hit (compared to 3 in the older versions) and has new "more badass" firing sound, that will alert nearby monsters or players in DM. The battle axe now has an enchanted mode too - it shoots strong ice projectiles with decent firing rate.

The final boss has also been reworked and is now stronger and more challenging (he can shoot magic missiles at long distances and use a sword/shield in close fight).

The last thing are updated golem sprites, addition of signs in towns, bushes and dead tree with leaves from Hexen can be set on fire (good in DM),some sounds have been changed and monster ammo drops have been tweaked as well. 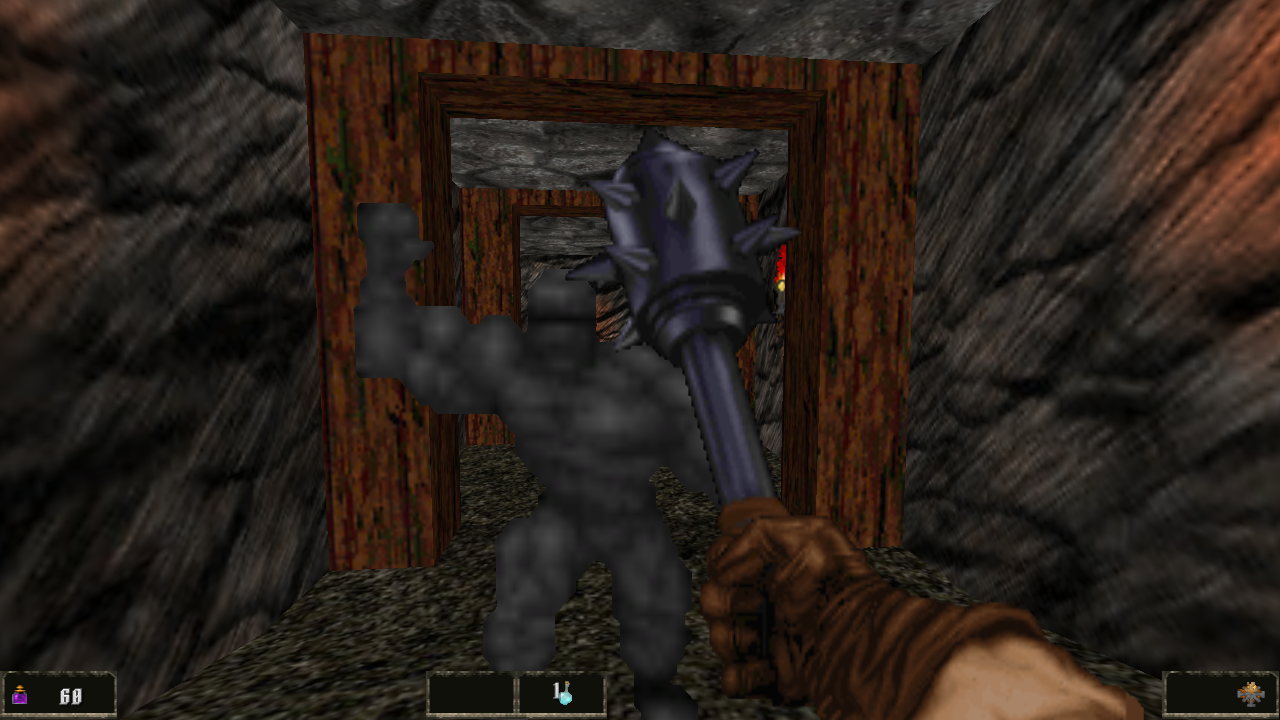 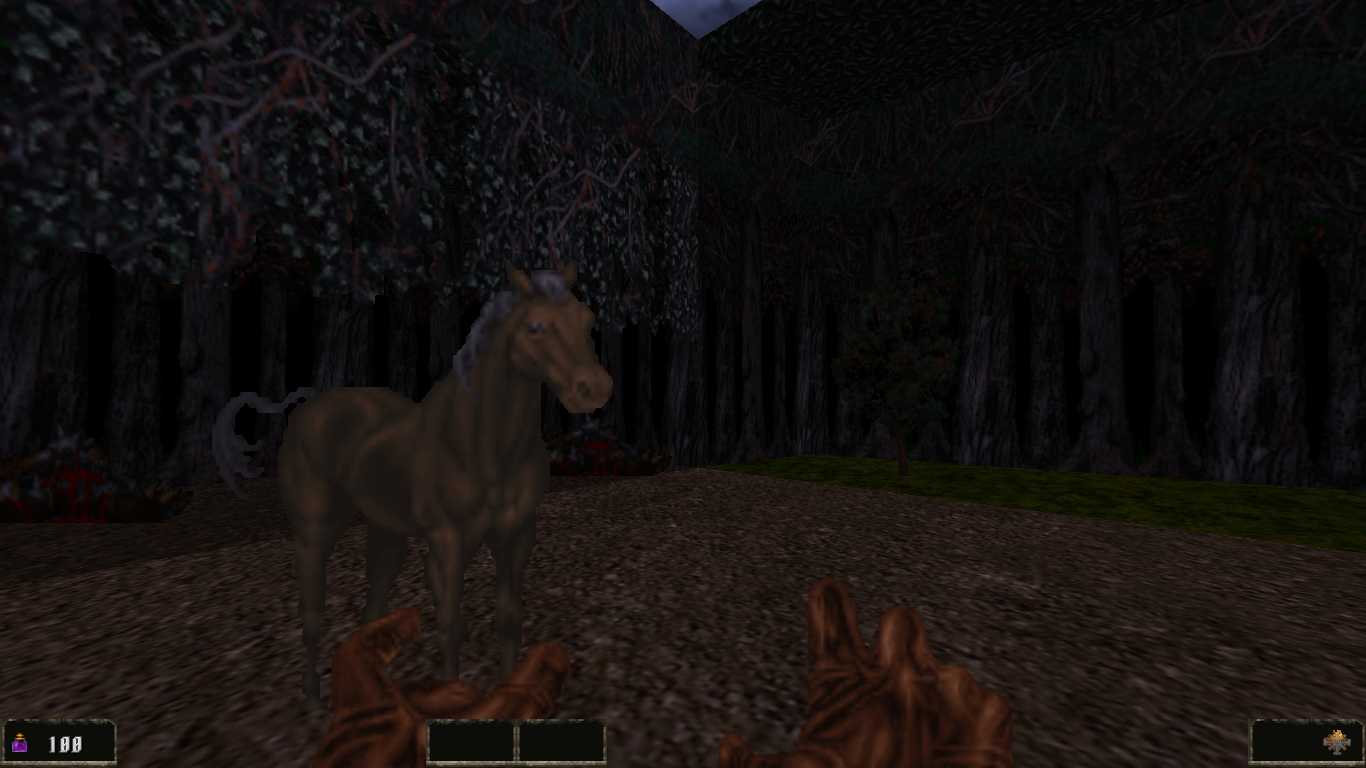 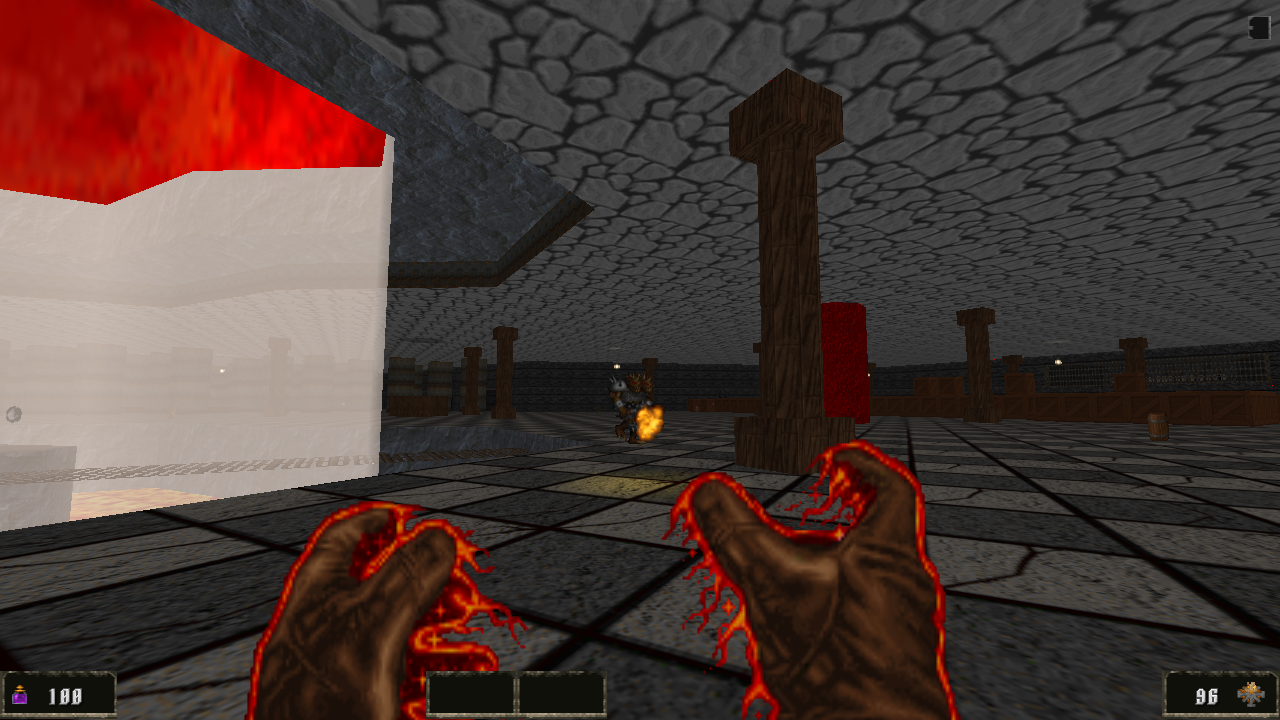 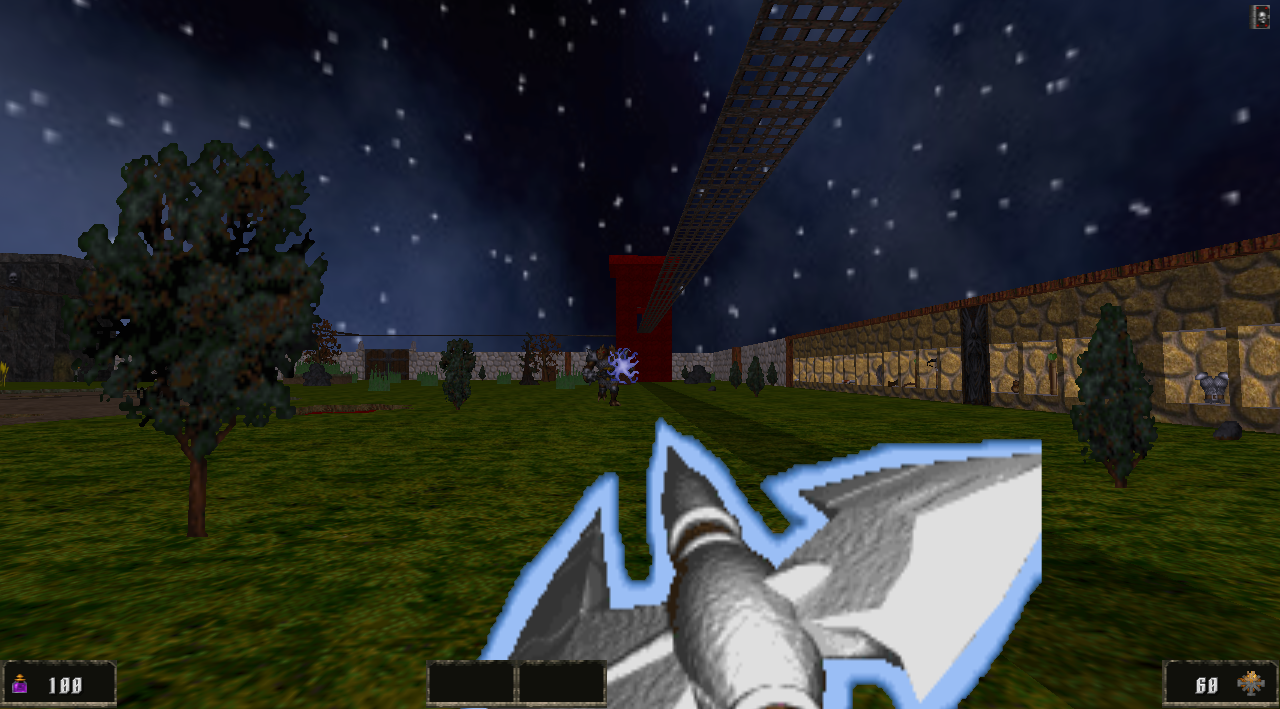 Shadow over the Pathoras 1.2 Update

Information regarding the release of Shadow over the Pathoras 1.2 with GZDoom 3.0.0 support.

Information regarding the release of Shadow over the Pathoras 1.0.0.

Final Update before release - informations and a bunch of screenshots.

Shadow over the Pathoras 1.4 Anniversary Edition

The definitive version of Shadow over the Pathoras for GZDoom. Tested with GZDoom 3.3.2 (recommended)

Shadow over the Pathoras 1.3 OLD

Shadow over the Pathoras version 1.3 for GZDoom 3.0.0 and newer.

Add the shotgun and chainsaw.

Looks like a Nice mod
reminds me of the early Elder Scrolls Titles: Arena and Daggerfall

The forum is now opened - here you can report bugs, issues or ask for hints/help.

When is it going to be released? It's past January now.

I am sorry for this delay, but I have semestral exams now, so I don´t have much time for modding. I do not know when it will be finished (2 more maps, testing) - at the end of February/ in the middle of march in the worst case. I do not want to rush it and release it with a ton of unnoticed bugs.

Looks good. Will definetly check out.

Single Player
Tags
Embed Buttons
Link to Shadow over the Pathoras by selecting a button and using the embed code provided more...