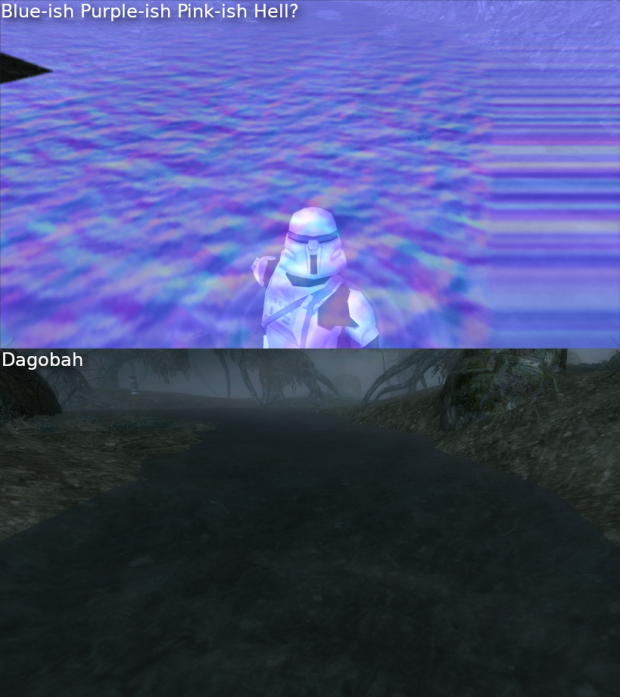 The vanilla game's blur post processing effect that some maps use is broken at resolutions above 2048 or above (in either direction). Or put more commonly at 2560x1440 or higher.

The way it breaks can create three unusual problems. The first is that the map can just appear to be a bit darker than it should be. The second is that you'll look through a sniper rifle's scope and then when you look back out your screen will have what you the last saw through it in the top left corner. And the third is the one shown here, the game's water normal maps end up being overlaid on top of the game world.

Shader Patch fixes it by reimplementing most of the game's post processing itself with techniques that take resolution into account. But still aiming to preserve the original look and feel of the of the game's techniques.

This "alternative" post processing can be switched off and the game's original techniques used by setting "Enable Alternative Post Processing" to "no" in the user config.