Robot Storm completely recreates the game Yuri's Revenge. The existing three sides have been dispensed with, and four new sides have been thrown up in their place to dispense a new era of carnage. All four new sides have their own individual fighting style. NEXUS relies on its mechanical monstrosities, vulnerable to none of the ailments that humanity's finest succumb to (radiation, poisoning, wounds). The fanatical Freedom League are the guerrilla side, relying on hit-and-run, ambushing and suicide bombers. The Allied Legion sends forth its mighty surge of firepower, obliterating enemies in a dazzling lightshow of power. Osiris' Collective brings forth its heavy hitters to crush their enemies with overwhelming firepower. 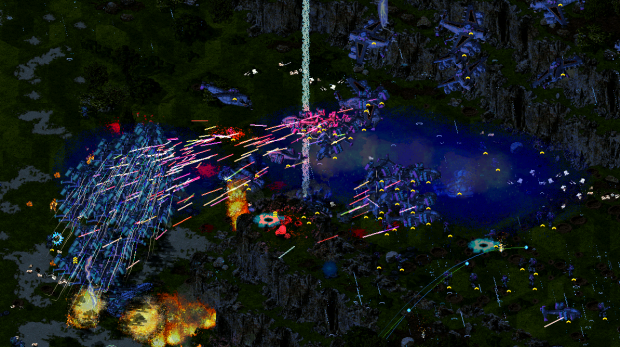 It's been SOOOOOOOOO long since i've last seen an update for this still-epic mod, so very relieved/happy it's still alive, seriously...! <3

This pleases the nut.