I did get access to a badly translated English version of the mod "Republic of China 1924" back in octobre 2017. A Vietnamese guy had uploaded it on Mediafire and i got it from there for free. At first i couldn't enter the mod, but this were solved when i found that i needed an animations package for the mod to start, then i couldn't enter the campaign, but i found out that i needed a file to be added in the models_strat-folder named "ming daoshi" to get it to start. After this i had CTD on the strat-map - this i did solve by fixing errors in the regions-file, as well as by correcting lines in the expanded.txt. I've also added artillery to the USA as they had none- and i've added tanks/planes from the 1931 mod - mod should work fine now. Tanks and planes have been fixed by me - changing the rider animations of tanks, and adding new for planes. Mod is made by Voice Shen Xu ("Voice Of God Zu") over at Wanmod, a Chinese modding site - he has given me permission to publicize the 1.0 beta. 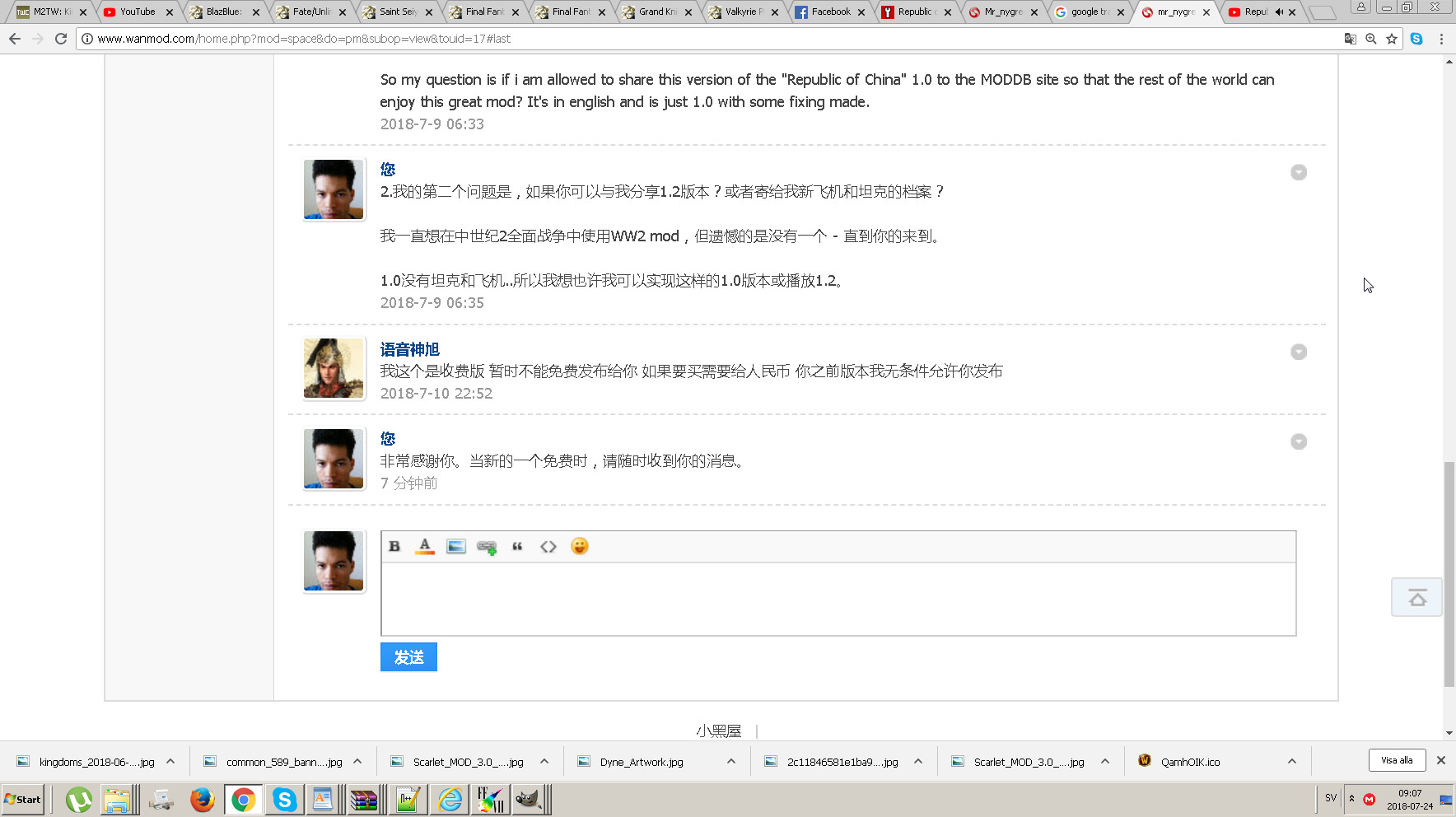 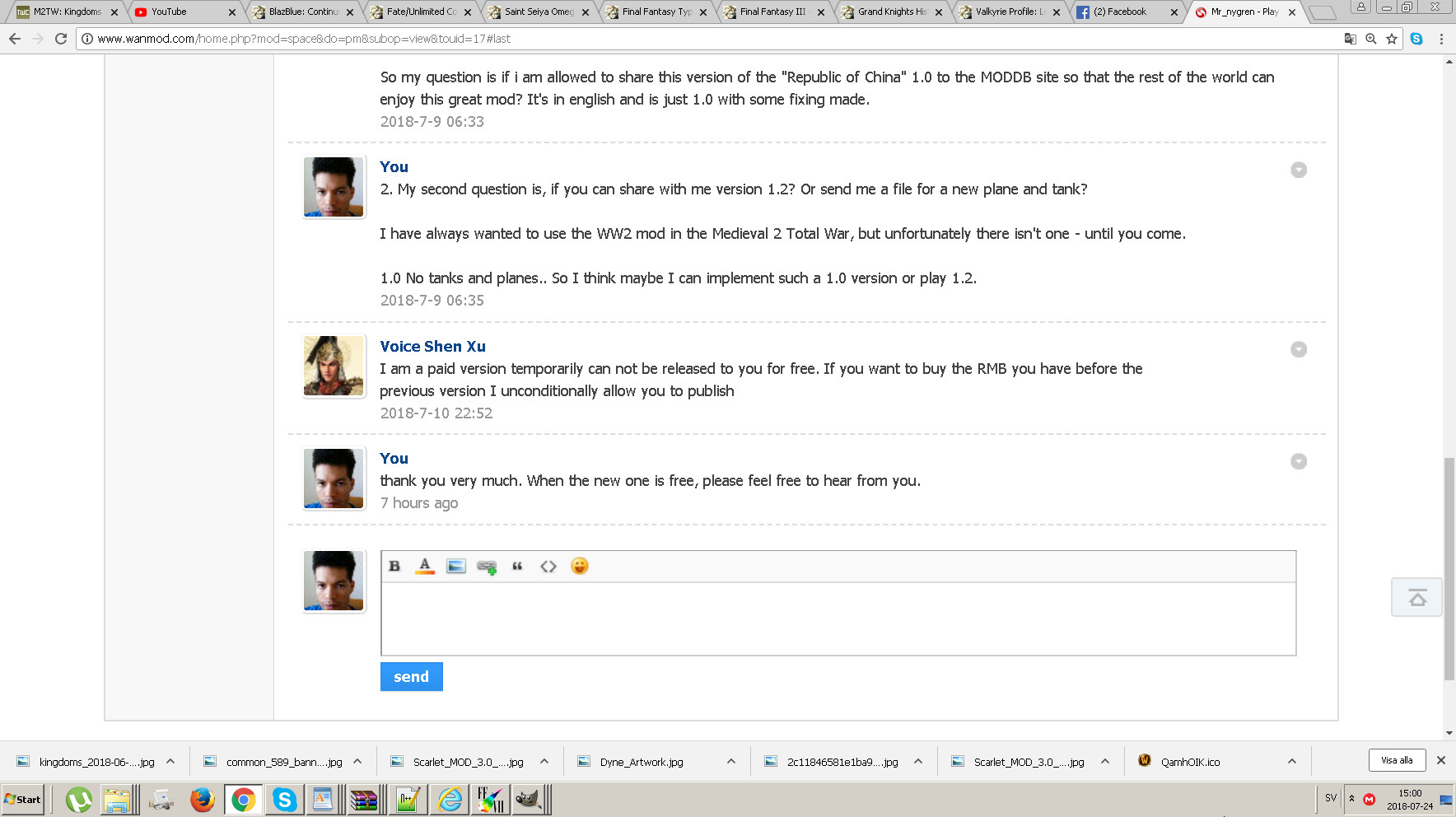 I have solved the problem with the translated mod "Republic of China 1.0" not starting, it also included these animations that i have now included separately.

- An animations-package is needed for the mod to start.

This package of animations needs to be placed inside of your Sega/Medieval II Total War/Data-folder - replacing the folder "Animations" located there.

- After doing this the mod Republic of China 1.0 will start.

- The other file needed in order to enter the campaign itself is already included in the new official beta.

- Download the animations provided in the older upload and place in your Medieval 2 Total War/Data/animations-folder overwriting the files.

- You don't need the ming_daoshi-file because it is already included.

CD - Place the ZX_GH-folder inside of your Medieval 2 Total War/Mods-folder. Start by clicking on the ZX_GH.bat.

Steam - Do the usual thing, after first installing the animations-package.

Also, remember to de-activate the scripts at the start of a campaign, and click on the red button and not the green - when given the intro-message. If you click yes the mod will lock itself up at turn 6 or 8 and never move forward from there.

1. Game won't move forward at turn 97 on the Republic of China turn.

2. If unlucky, then randomly the Republic of China will crash the game on their turn due to an error regarding "lesser adoptive characters", and this CTD should happen between turn 4 and turn 8 - restart the campaign if it happens. Usually the mod will work fine up to turn 97 if the CTD won't happen in the beginning of the game.

PS: I am not sure it will lock itself up for you on turn 97. But the AI couldn't continue as the slave-faction, on the Republic of China turn - on turn 97.

- Original Republic of China 1.0 Chinese mod made by Voice Shen XU (Voice of God Zu) over at Wanmod.com, a Chinese modding site - released with his permission!

- Bad translation into English done by MODDB user Dallians, a Vietnamese guy who tried to sell the mod illegally back in octobre 2017, when i first downloaded his version of the mod.

- Additional work done by me (Mr_Nygren) on-top of the version i downloaded in octobre 2017:

1. Got the mod to start by finding the animations-package.

2. Got the campaign to start by finding the ming_daoshi-file needed for it not to crash.

3. Fixed the regions-file which had religious levels above 100, and the expanded.txt-file that had faulty text - solving the CTD-issue when holding the mouse over British/Indian settlements in the campaign.

4. Added mark-2 tanks and WW1 Fighter Planes from the 1931 Chinese mod, after first going through the trouble of downloading that mod after creating a Chinese user and using a specific Chinese program. 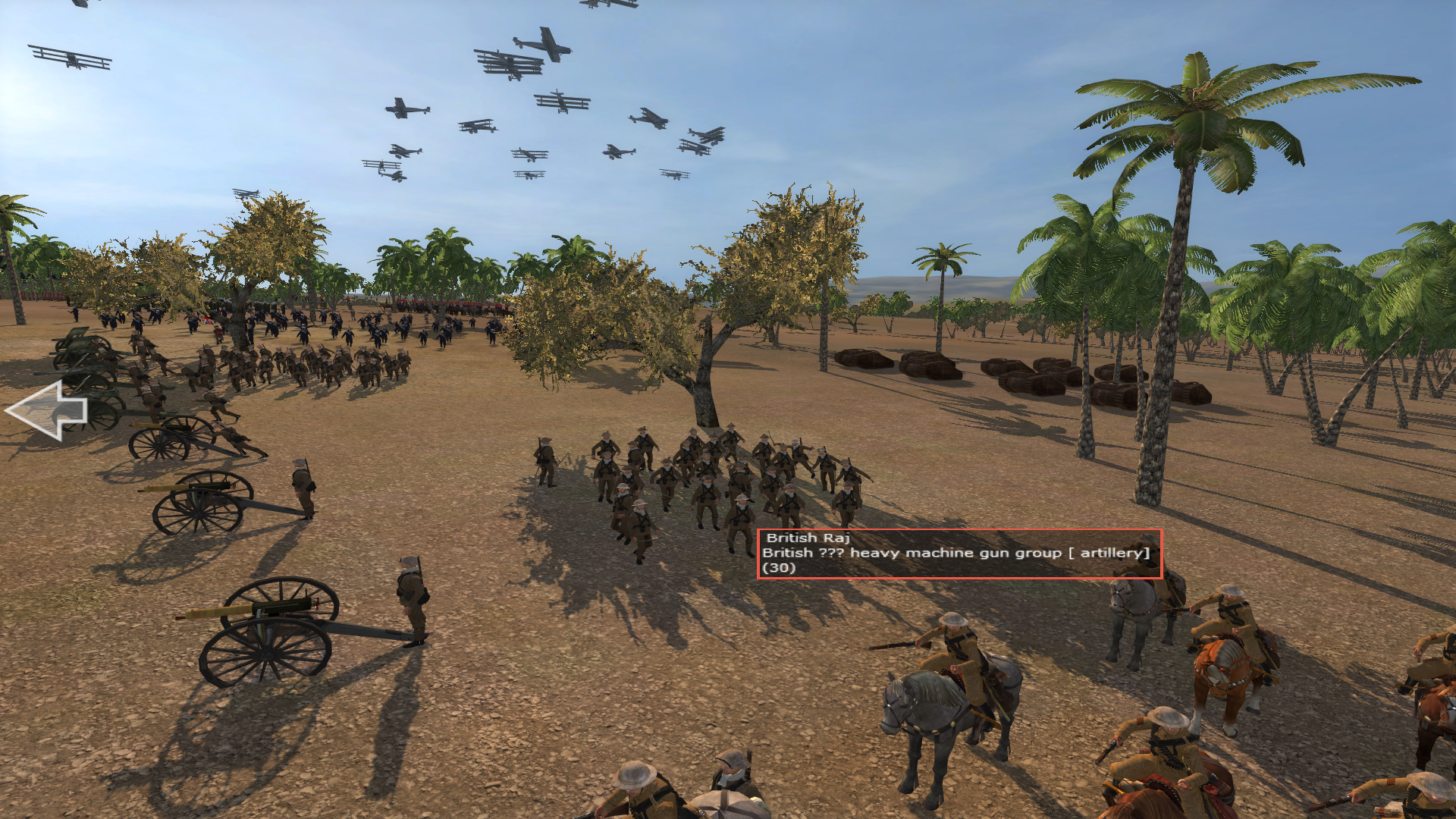 5. Made two new unit cards for two units that were either lacking cards or using a wrong one. 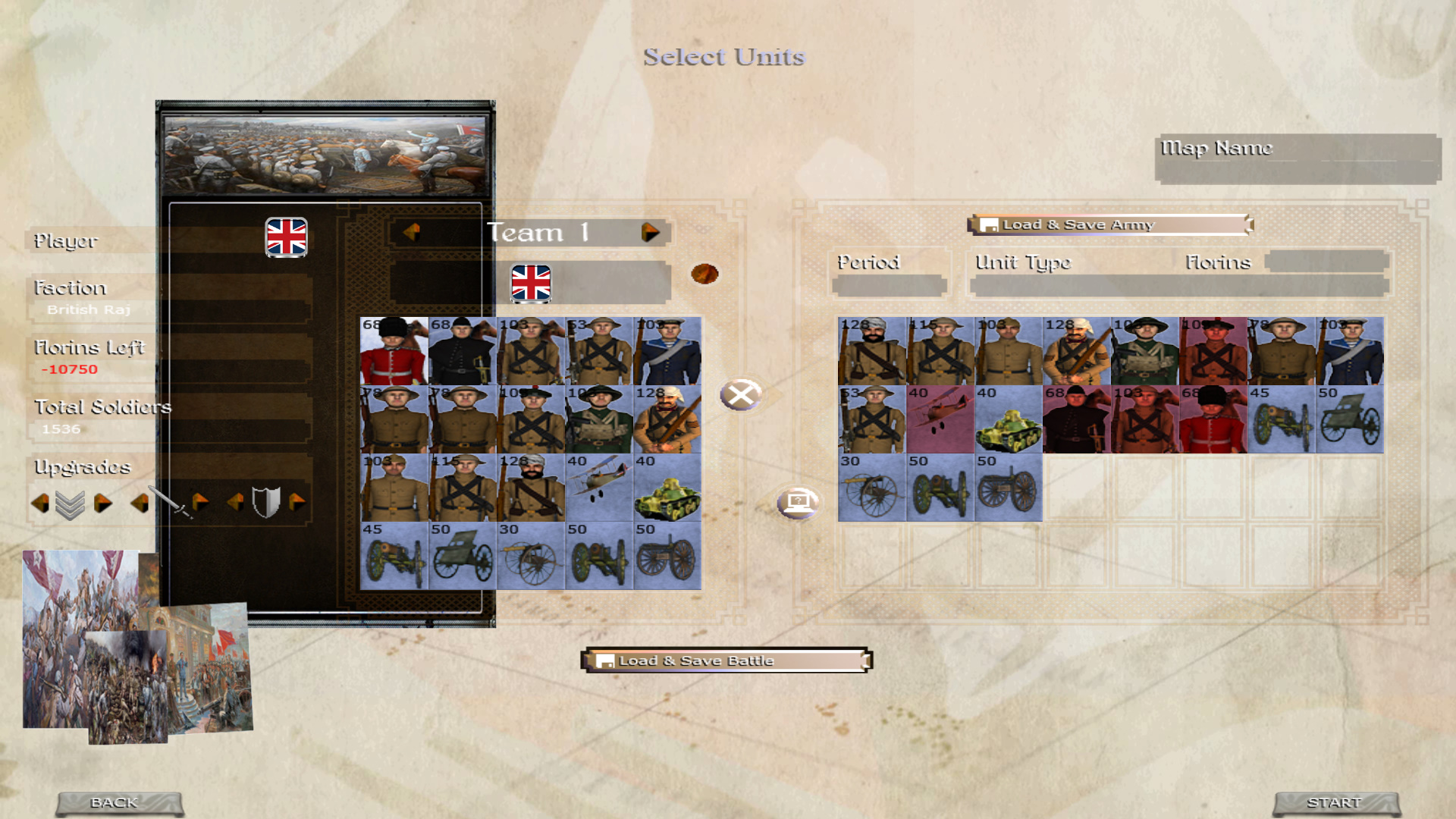 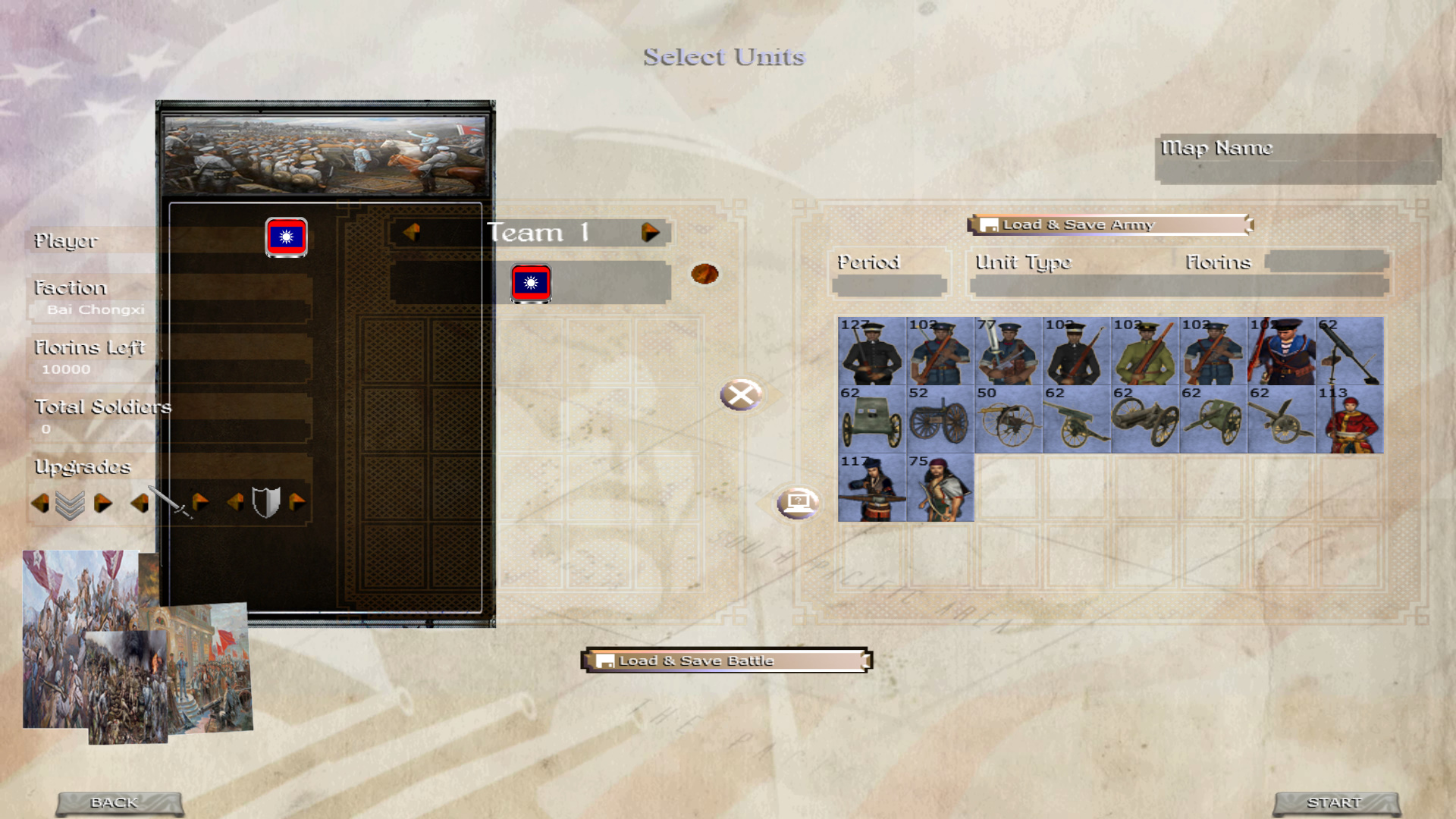 6. Fixed issues with some units as their textures were either not showing up correctly, or they were using the wrong model resulting in a silver surfer. Some also used a base-model in the EDU riding a horse, when the unit in question were supposed to be infantry - causing the unit to sit in the ground. I've fixed all these instances. 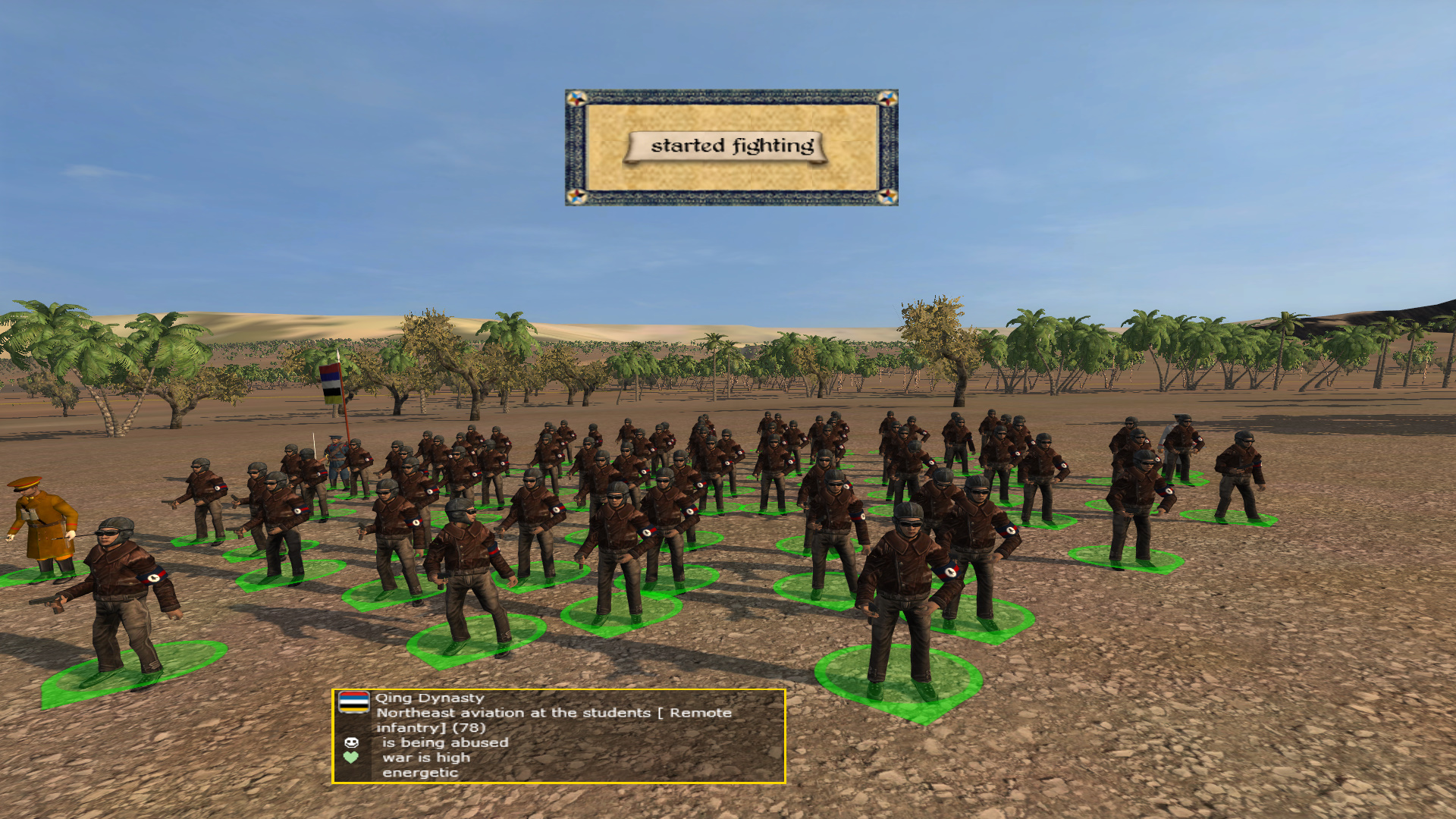 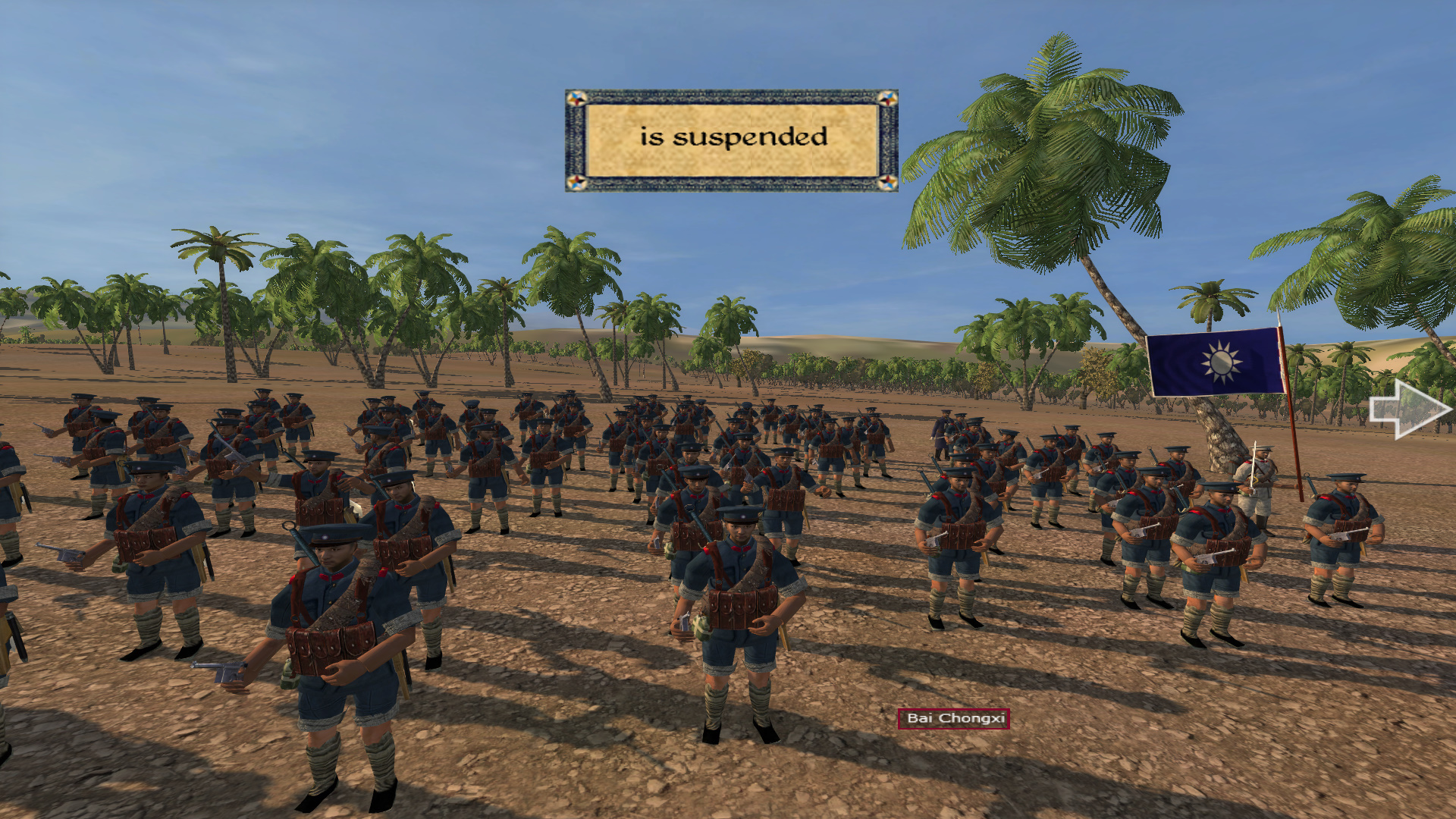 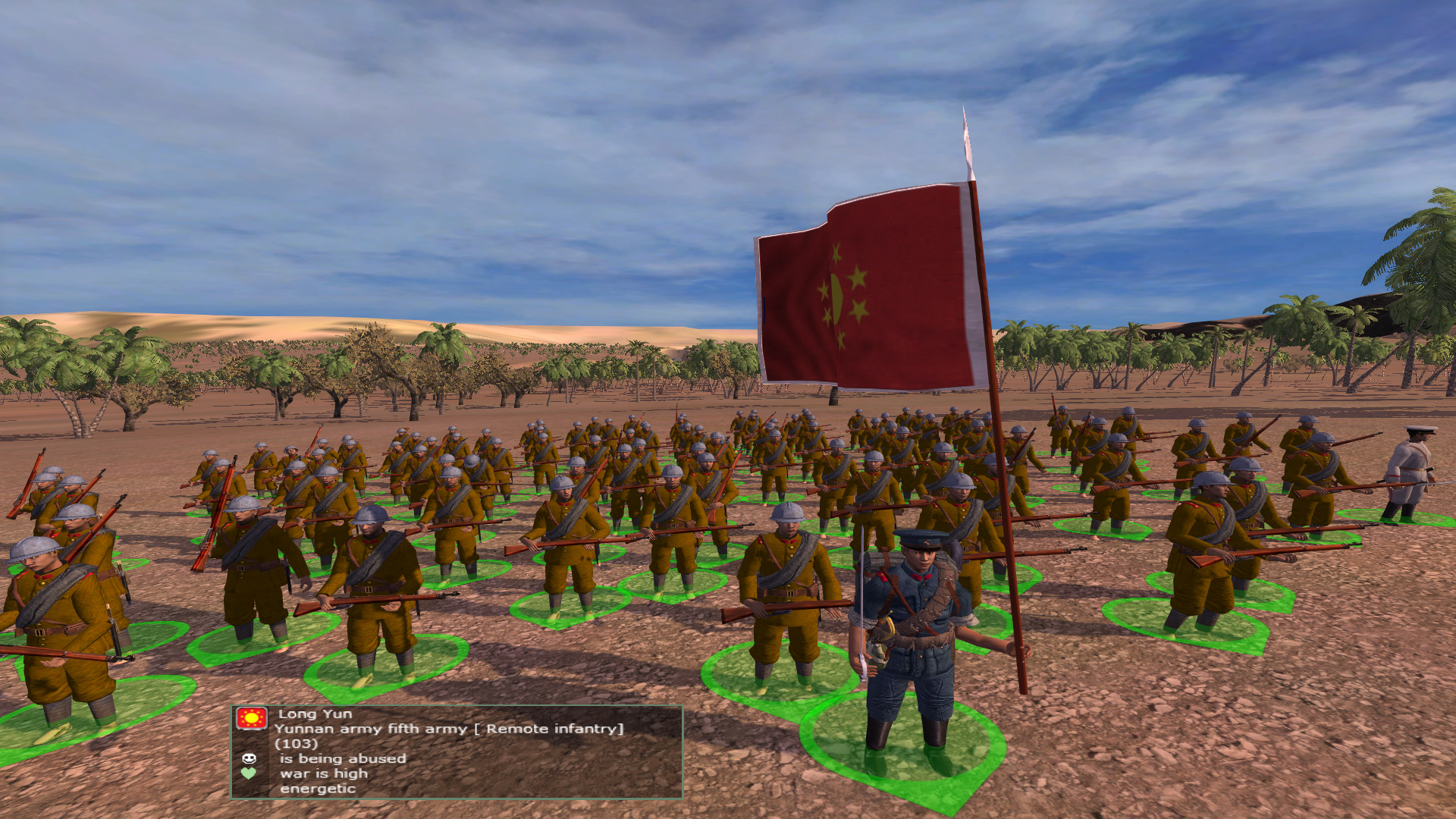 7. I've added new garrisons to every faction in the mod. 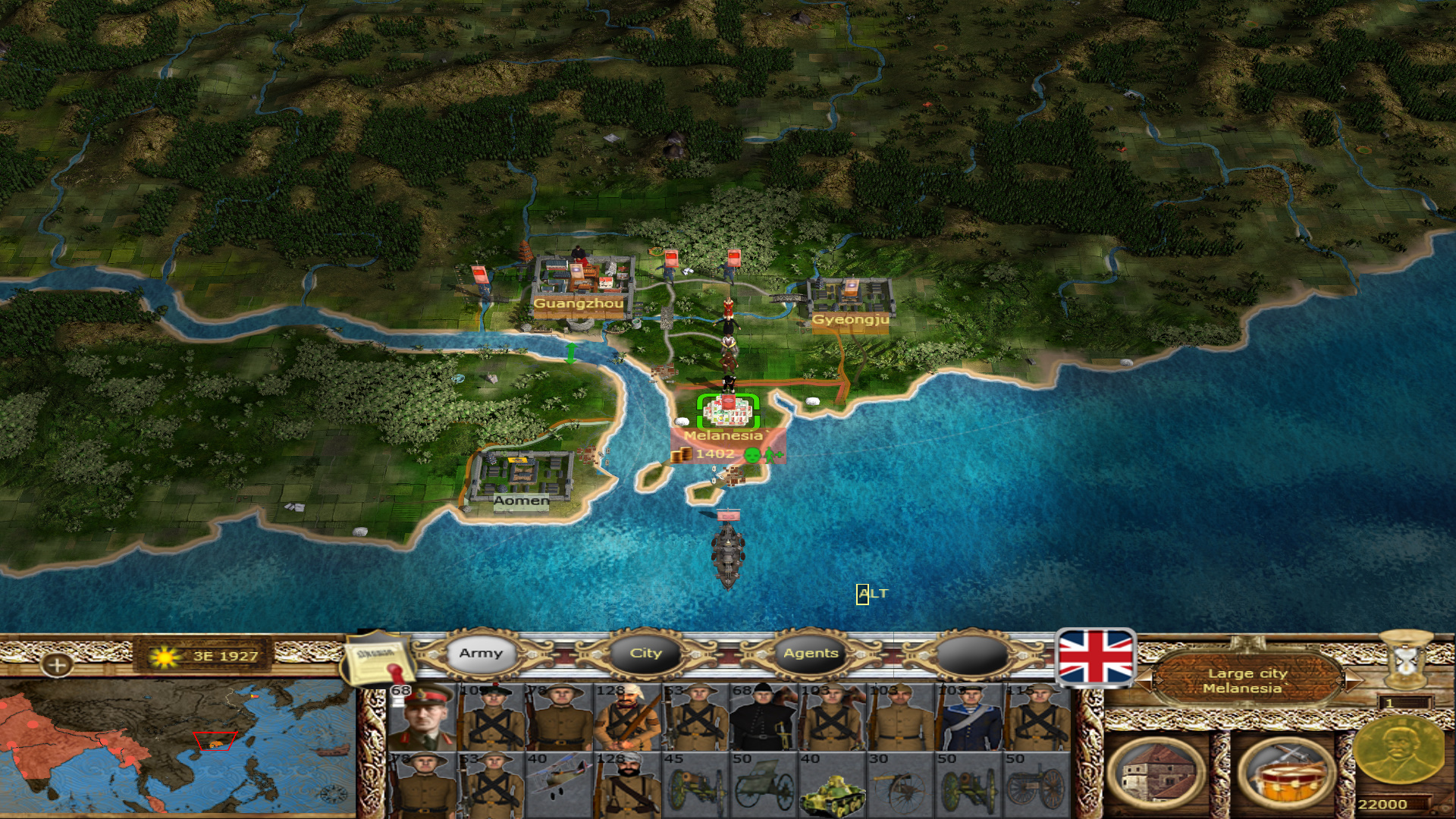 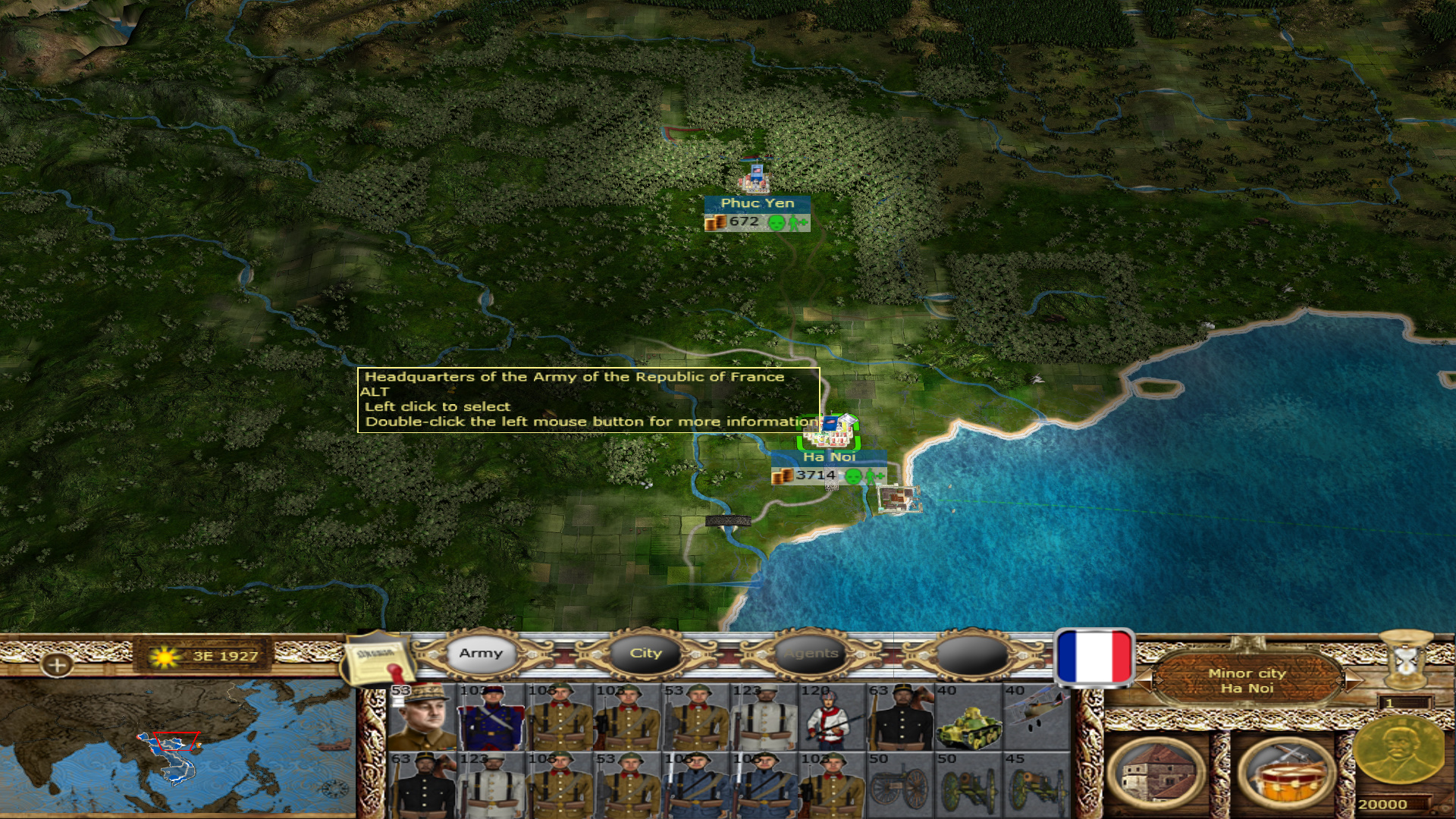 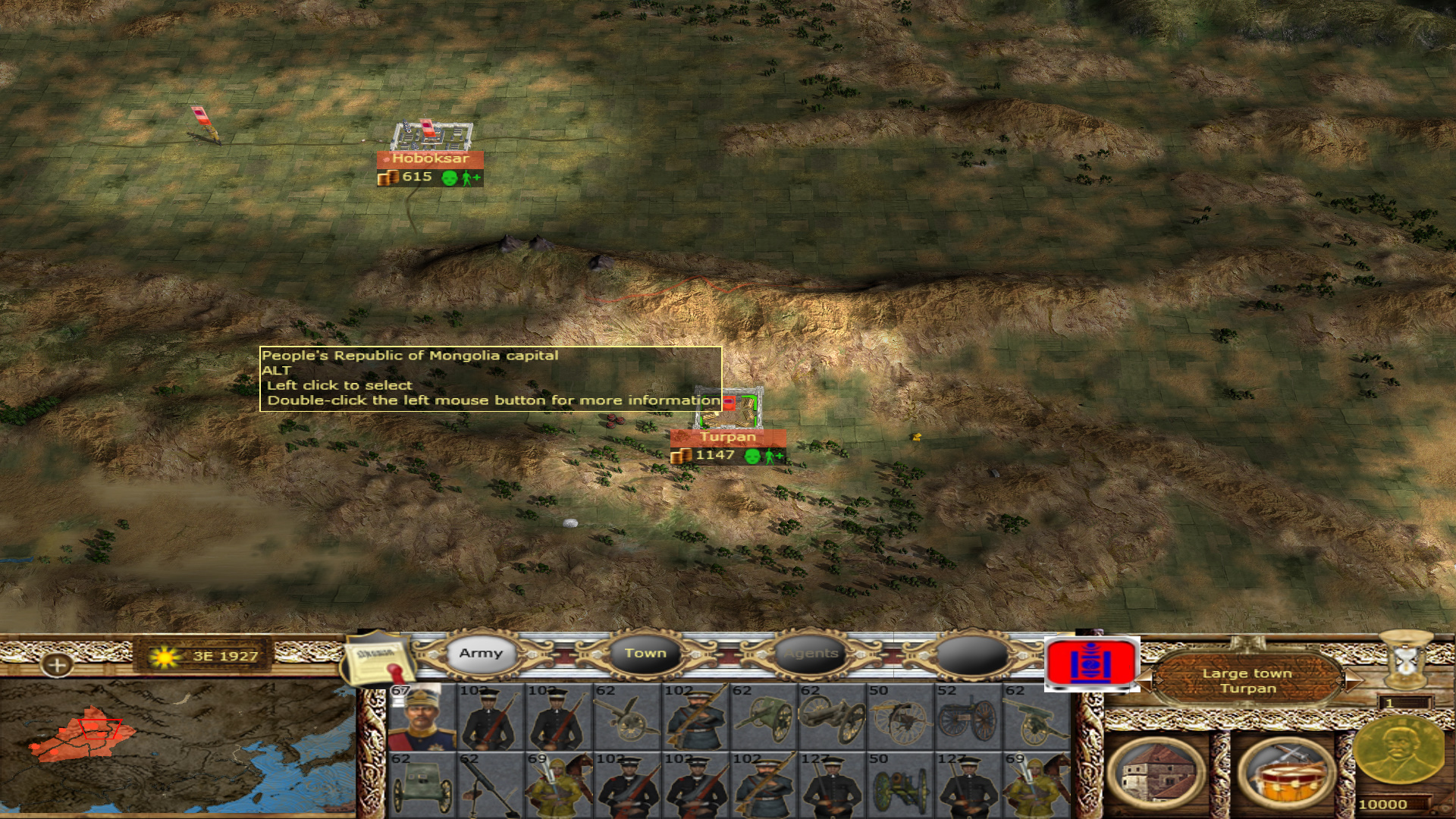 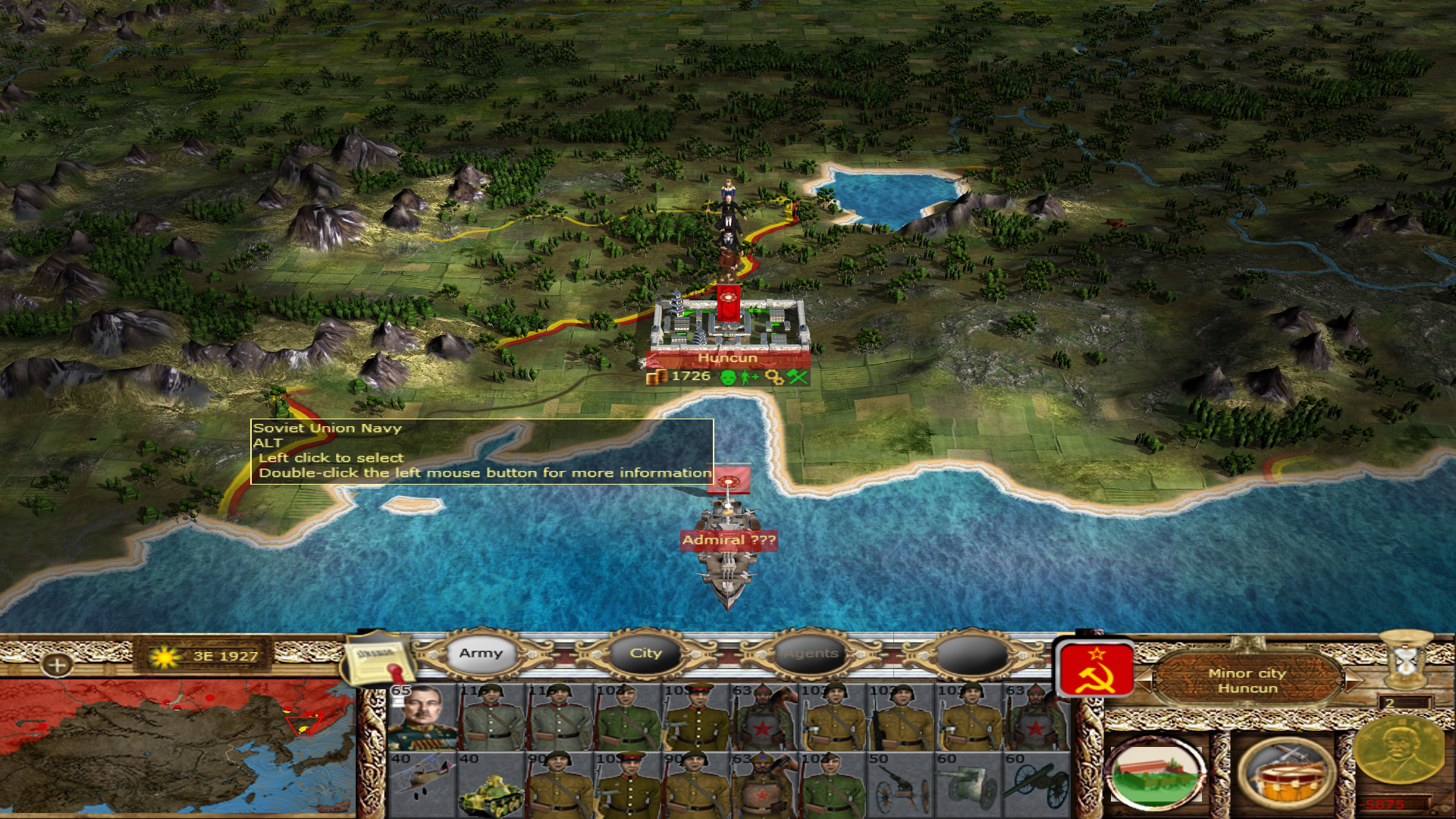 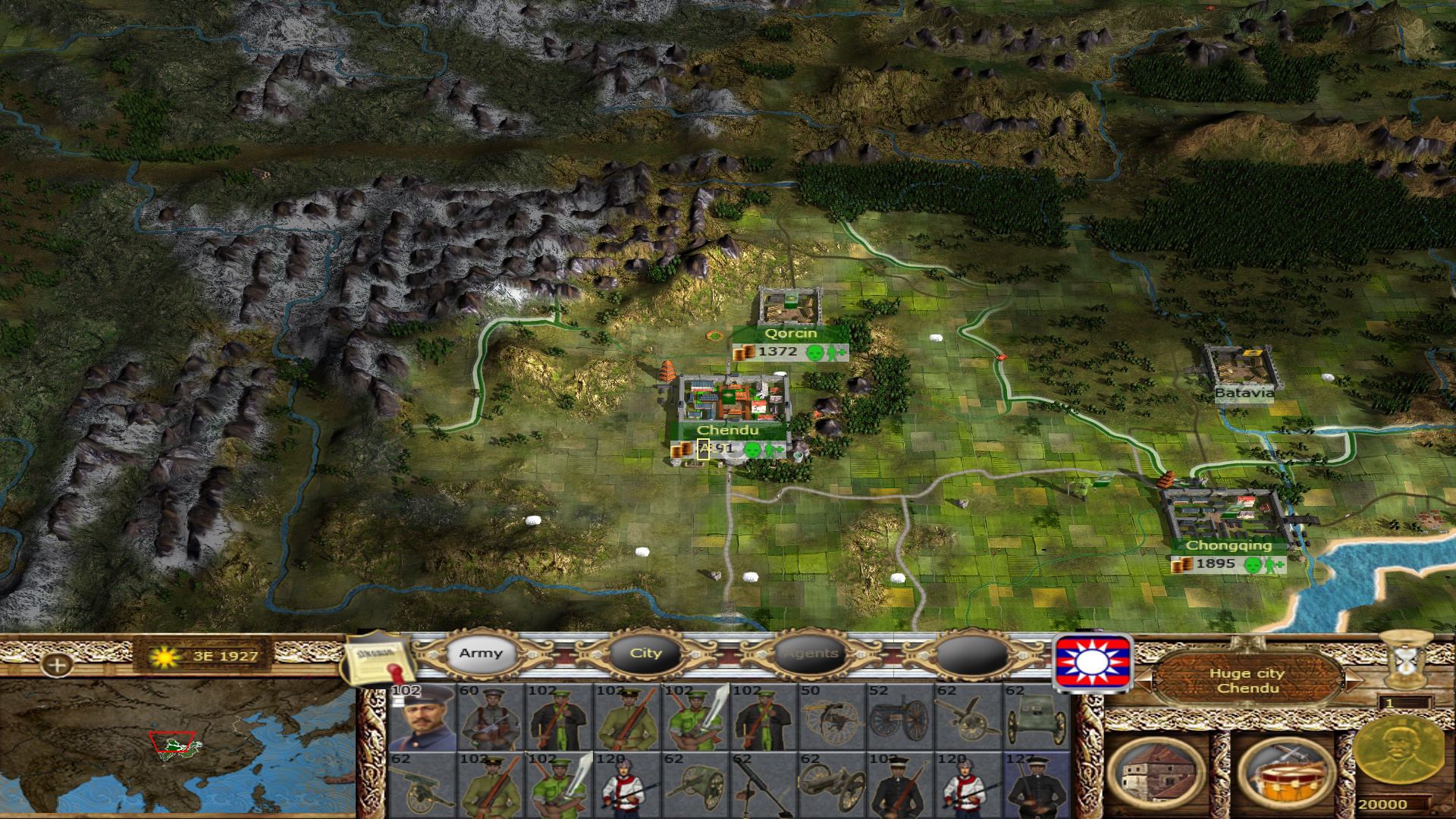 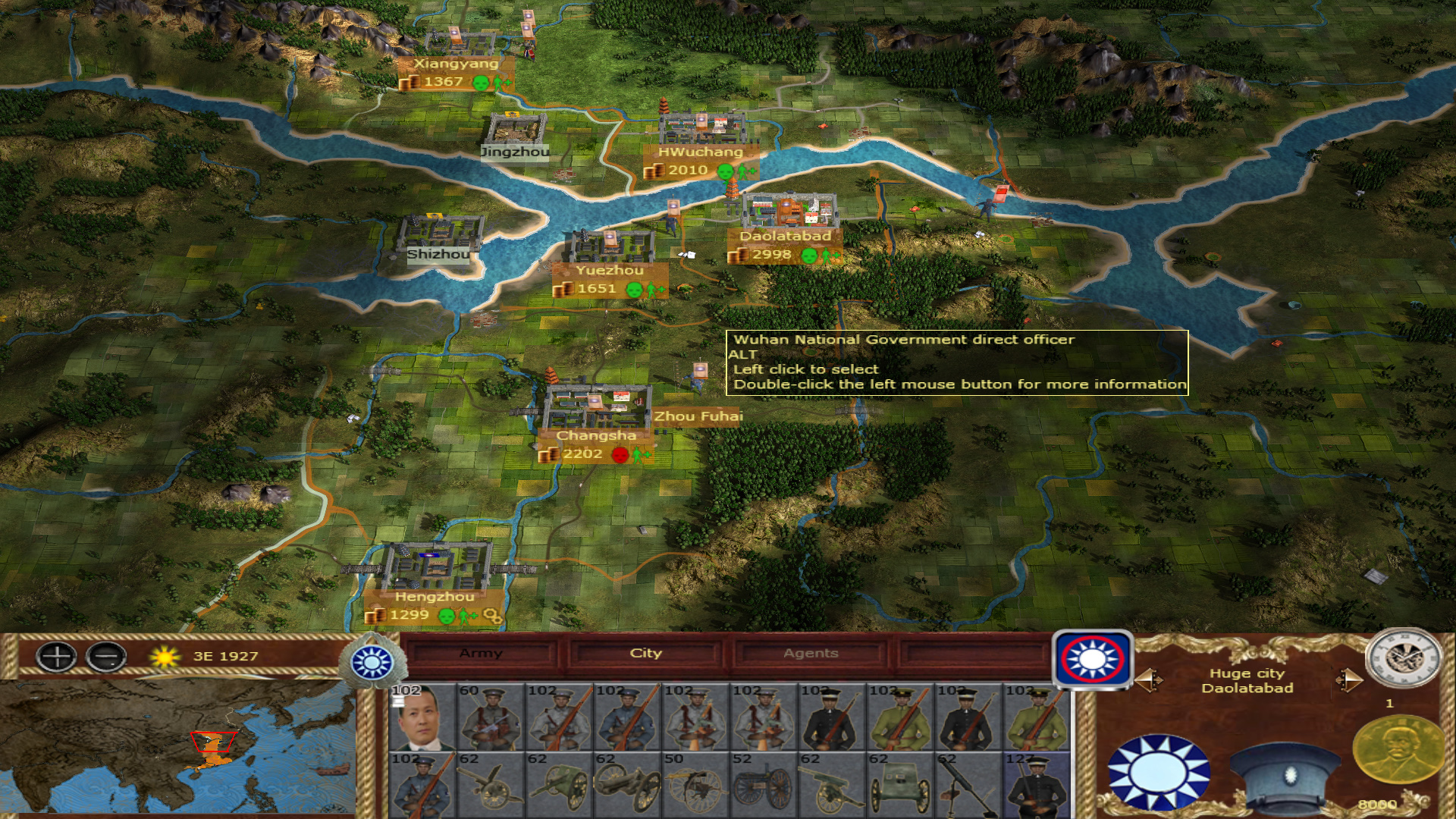 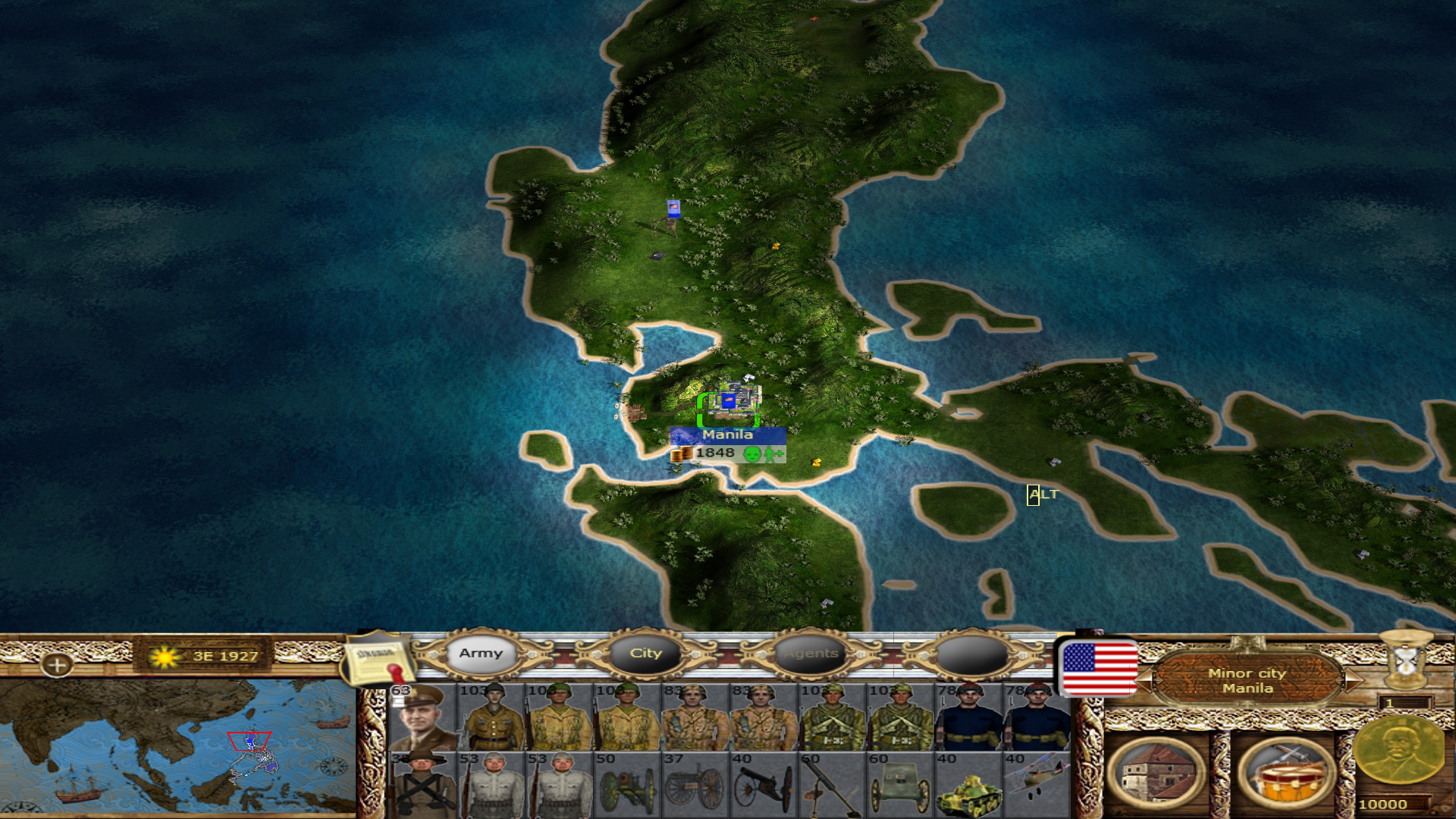 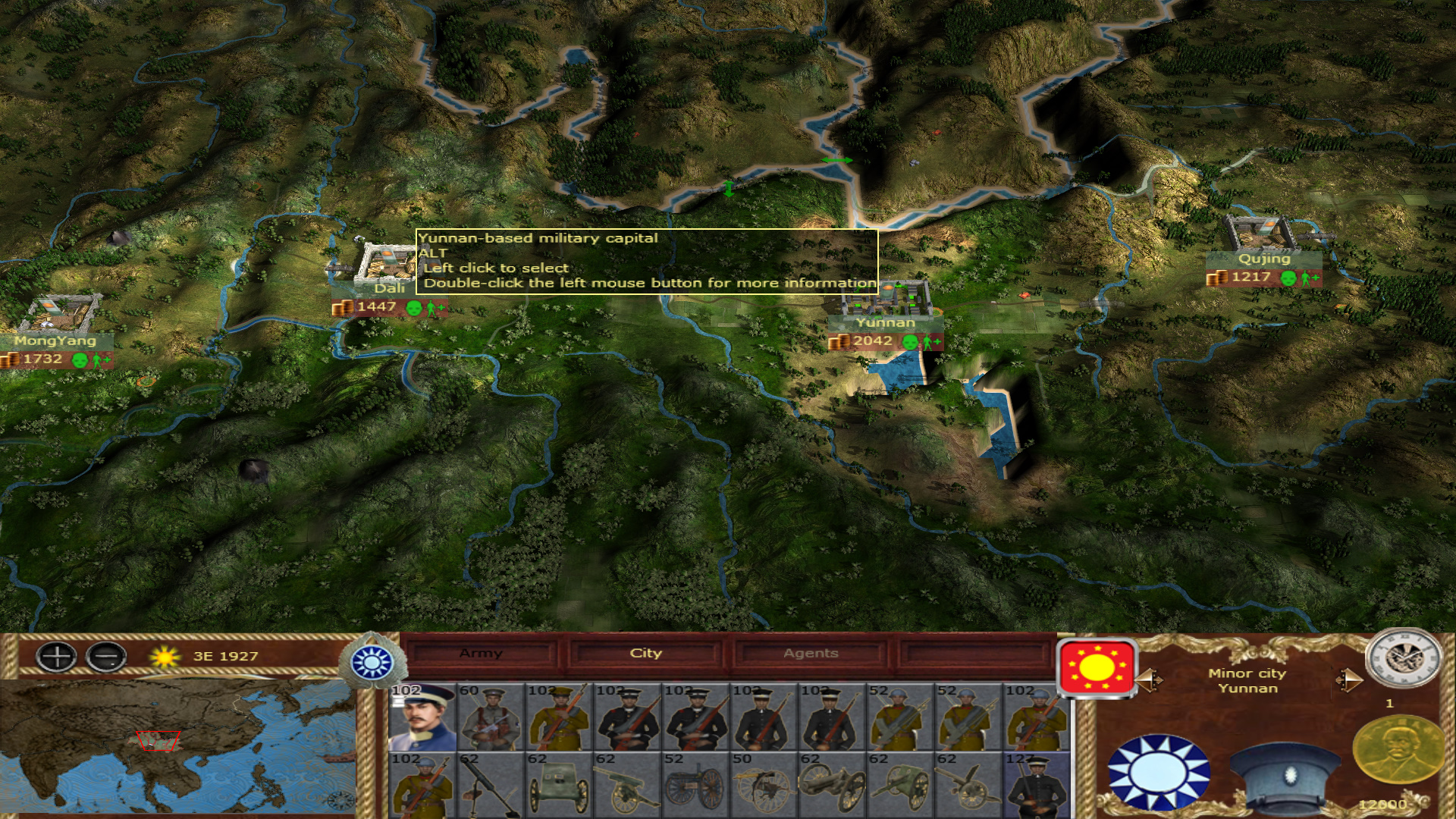 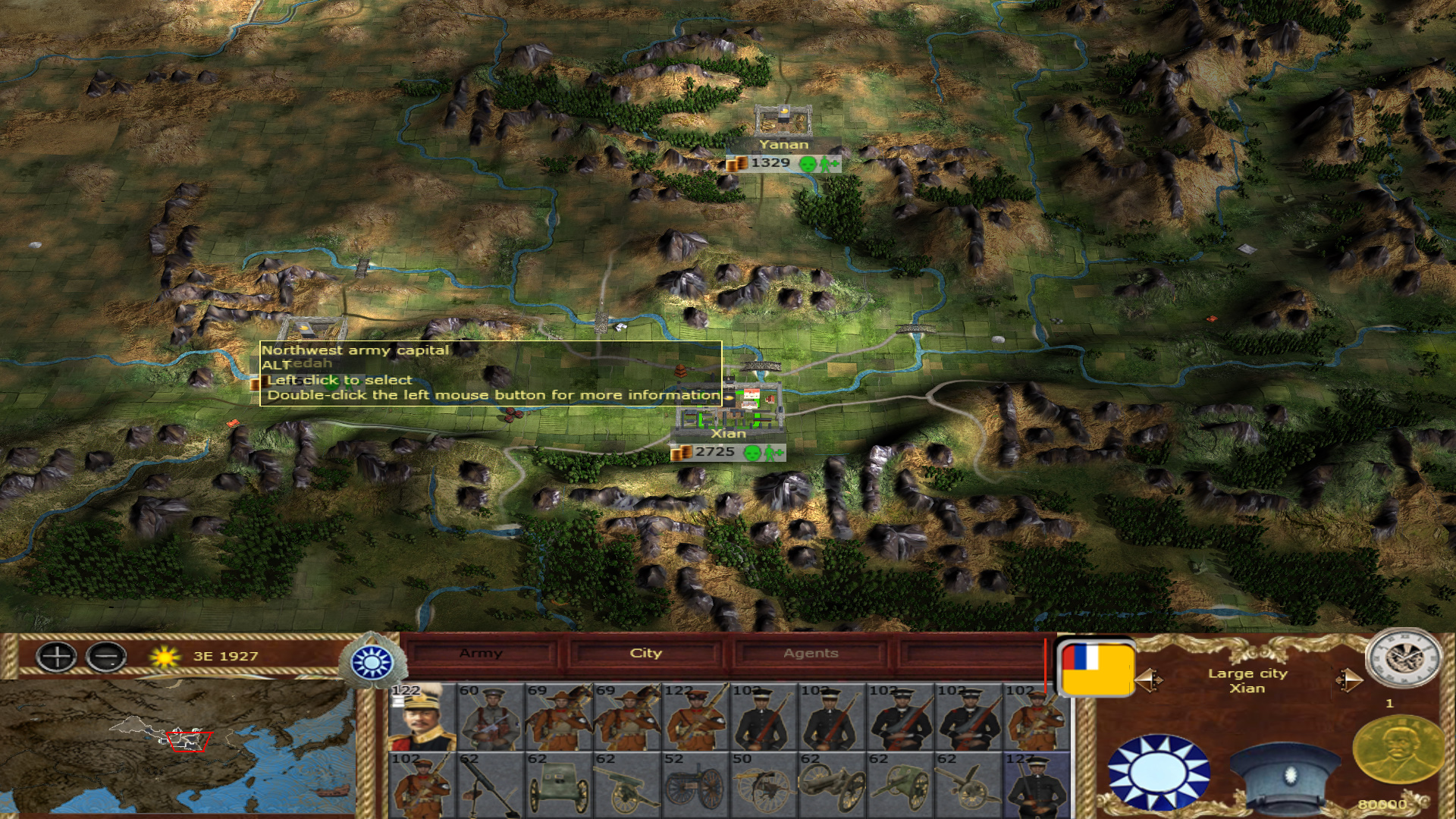 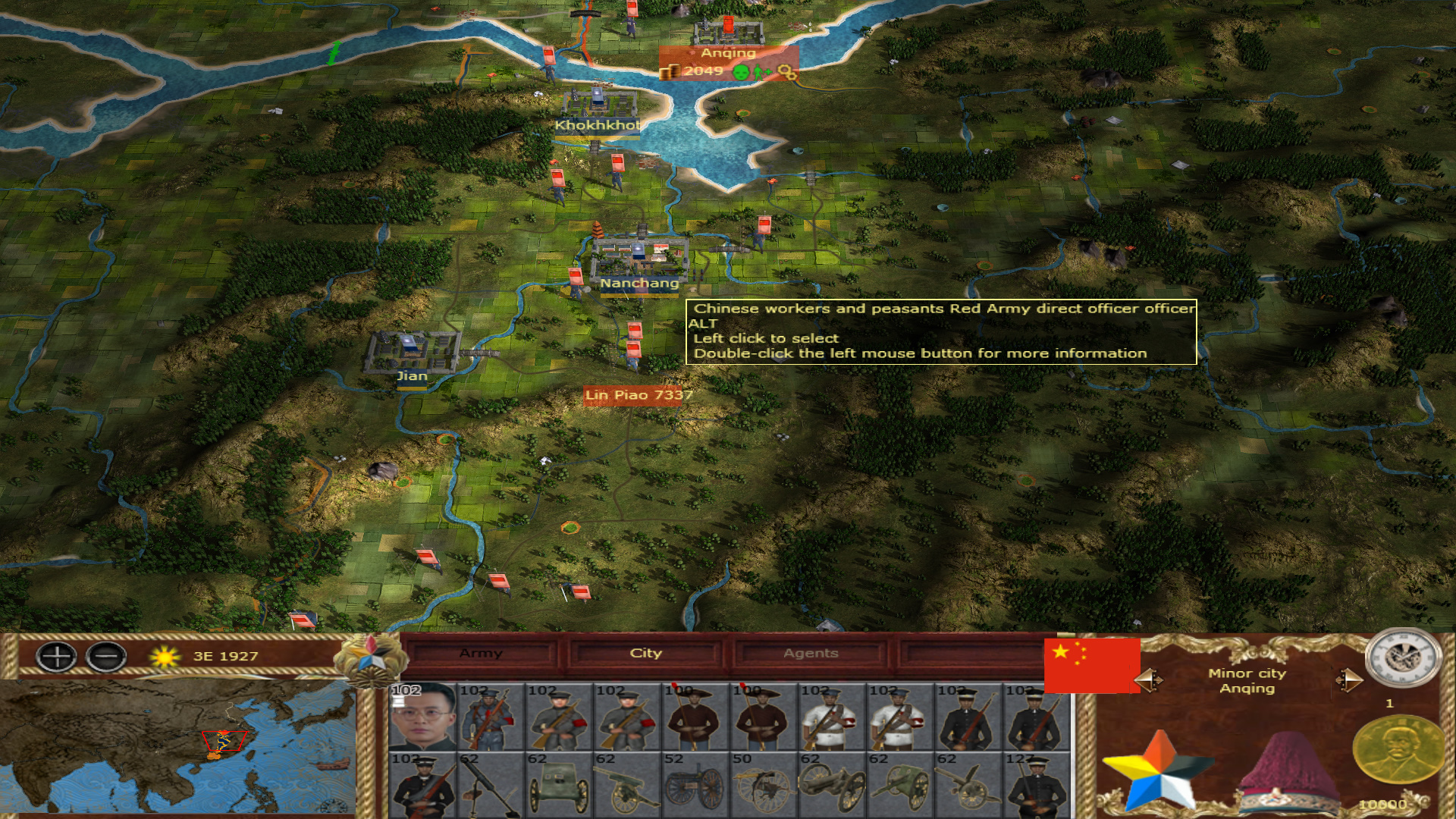 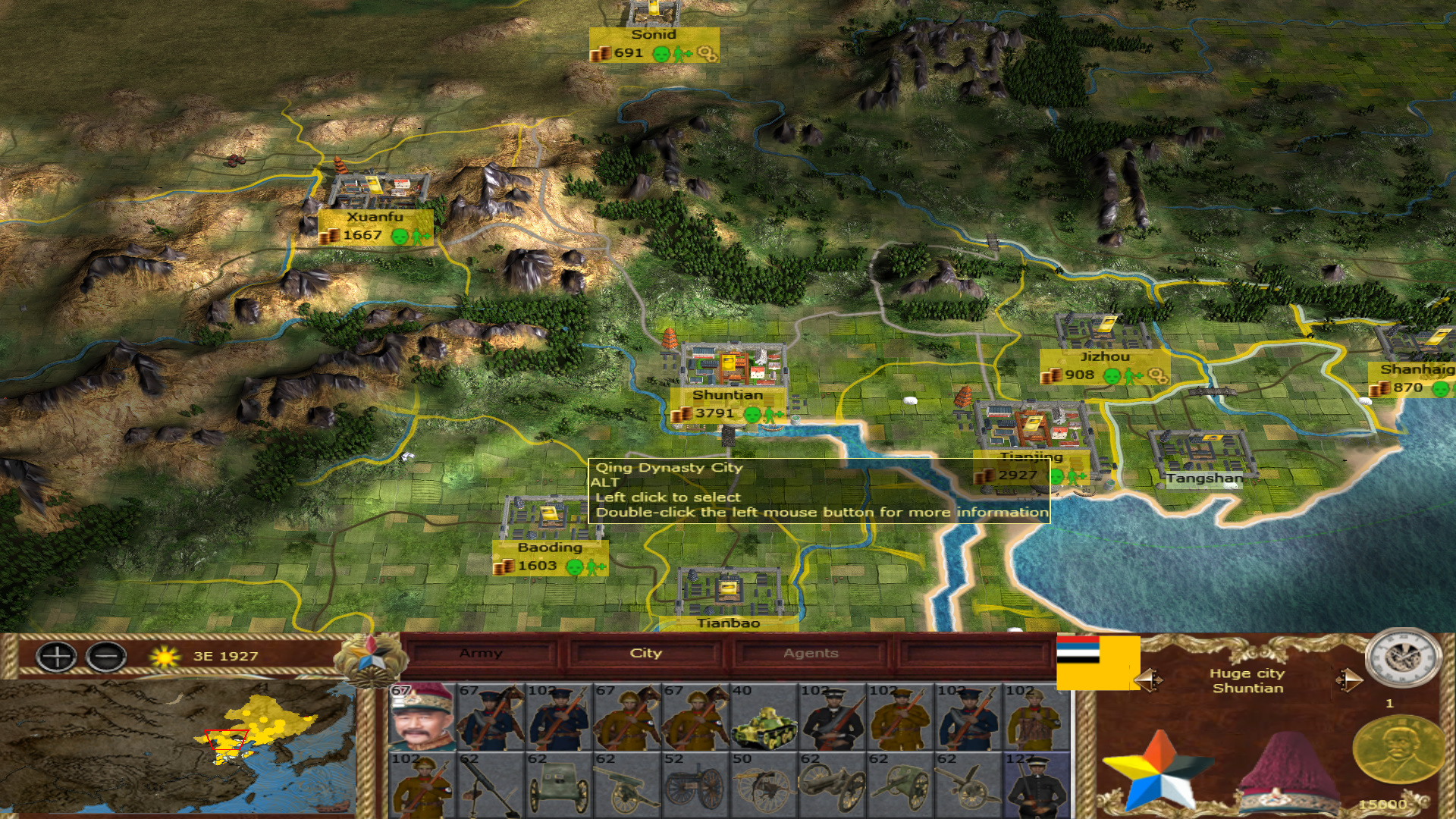 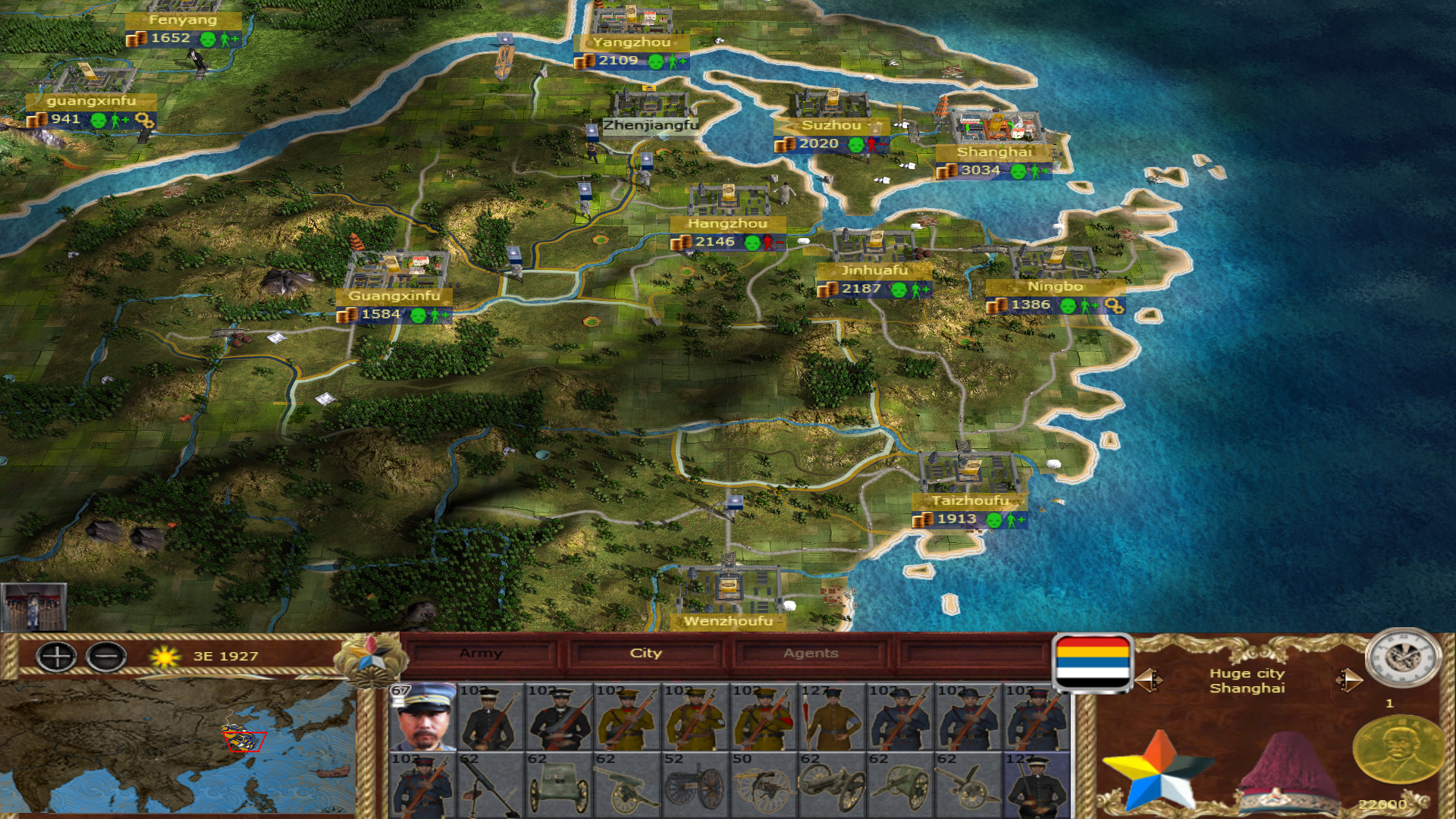 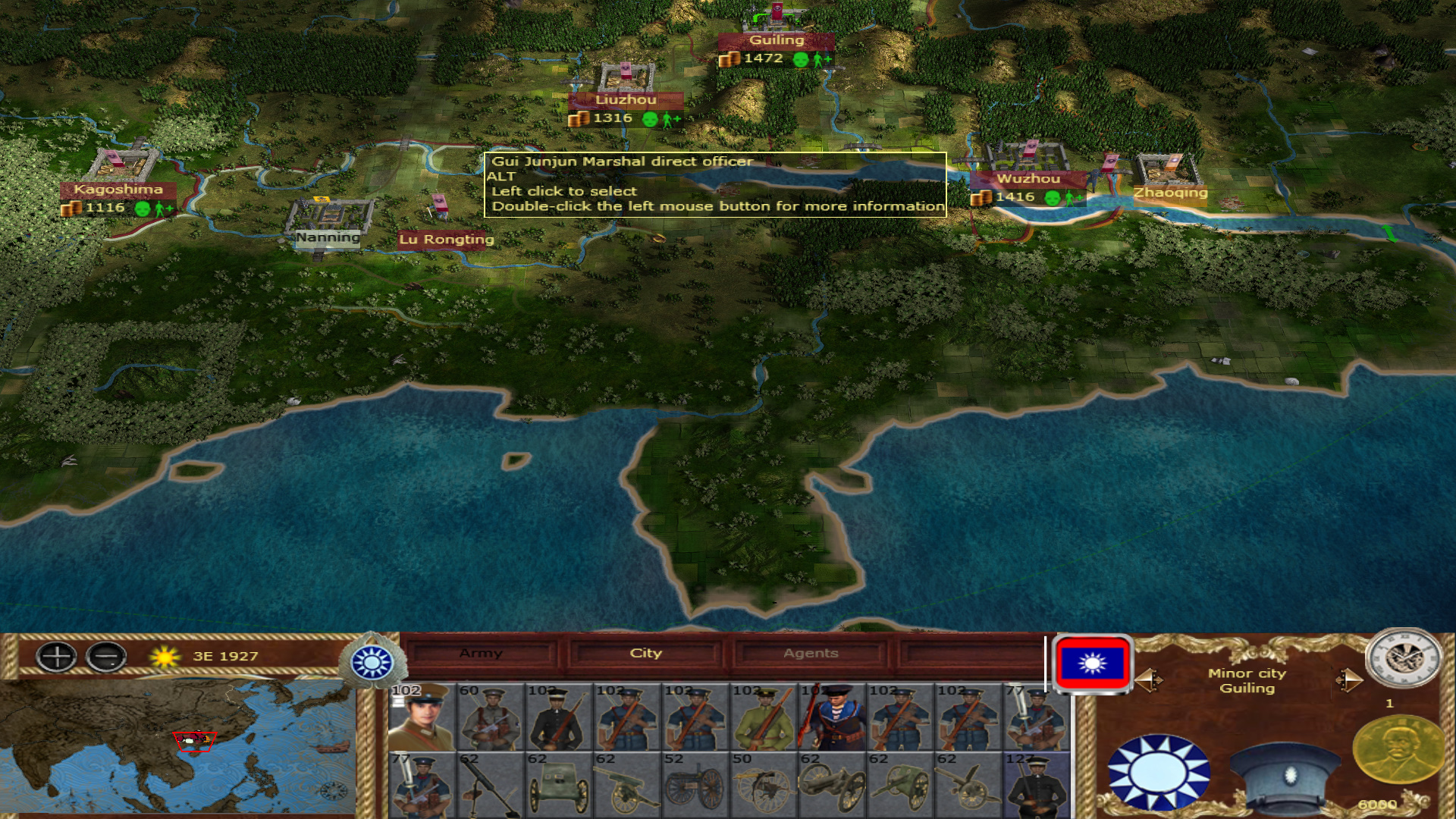 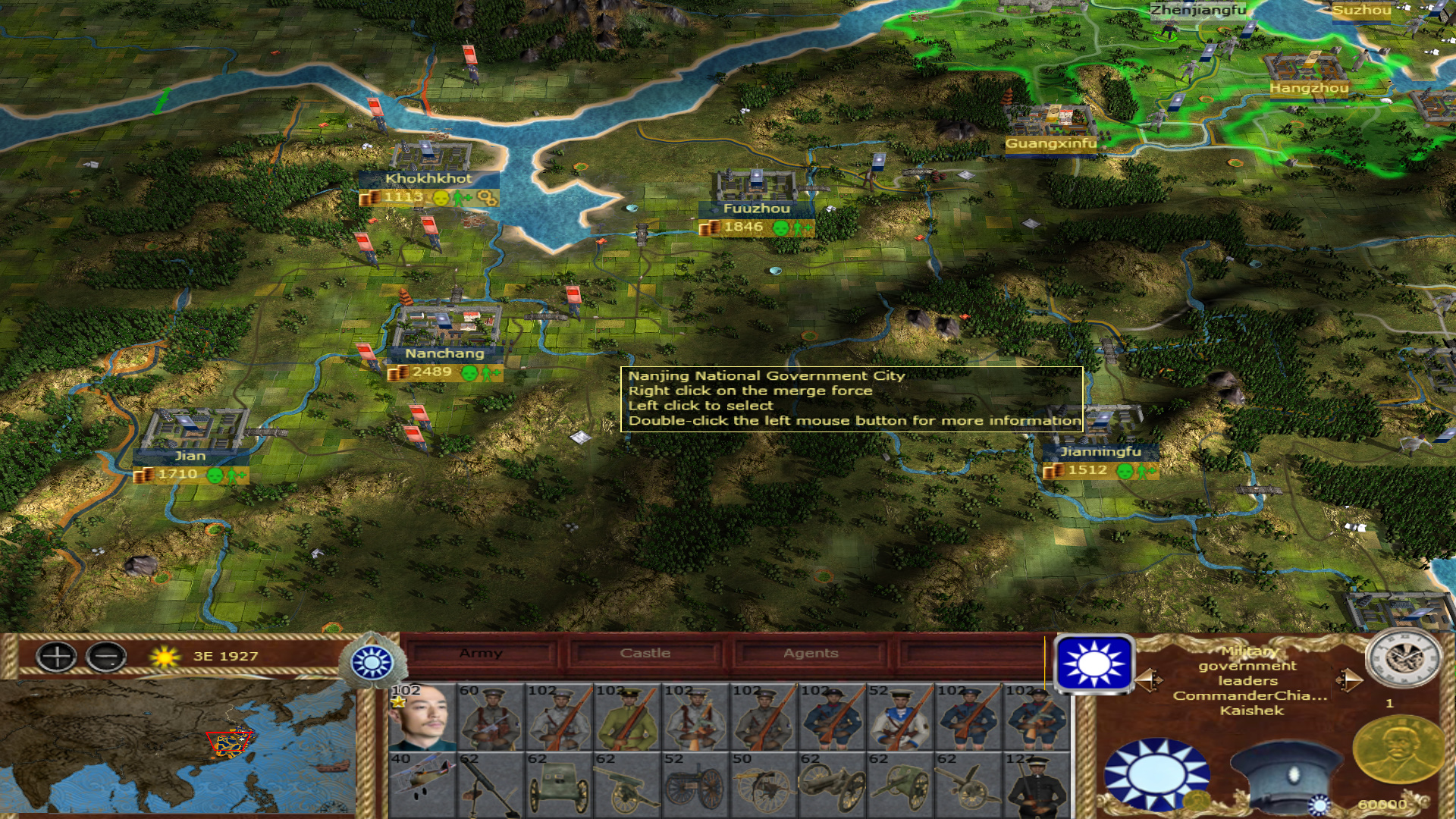 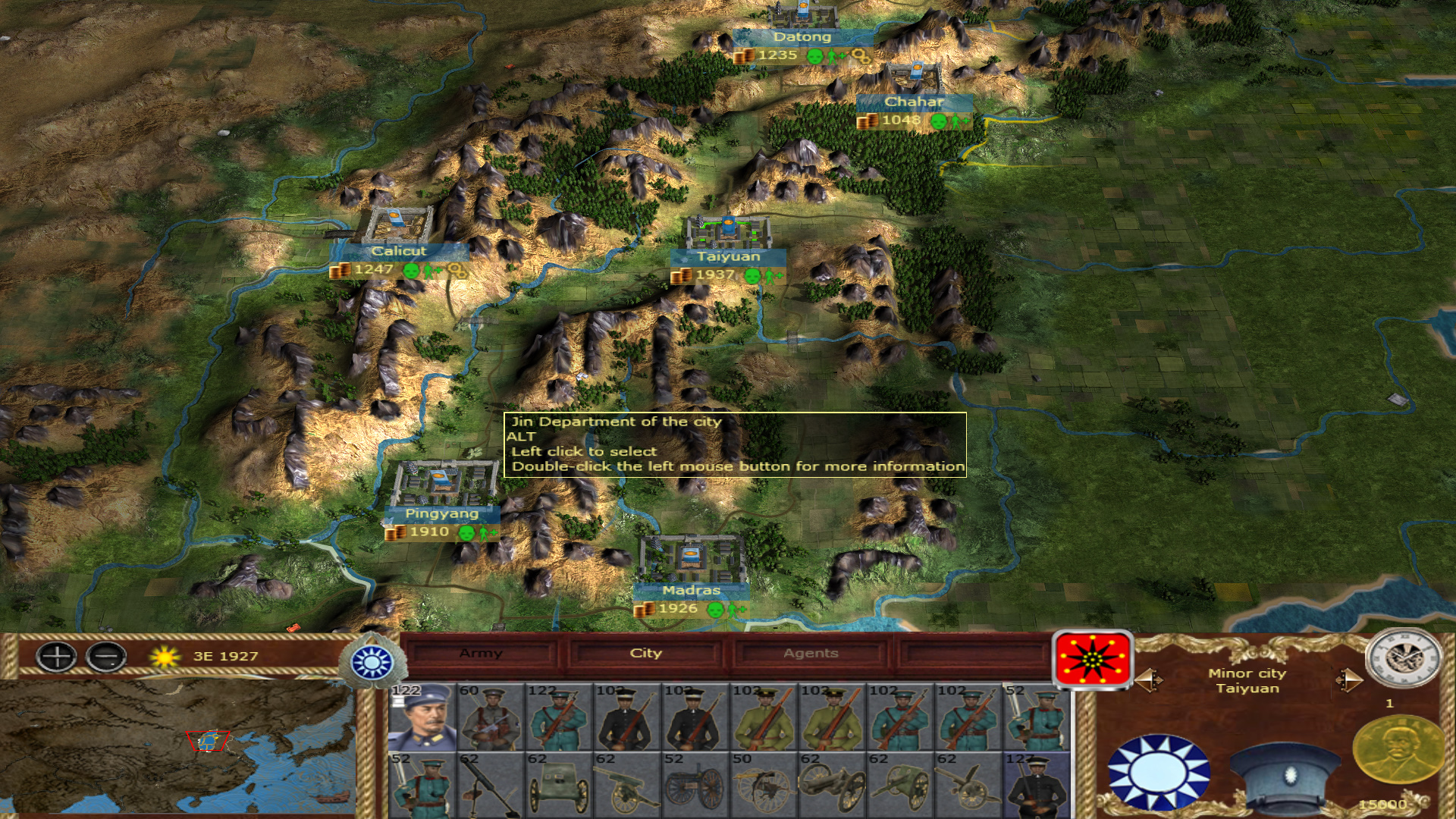 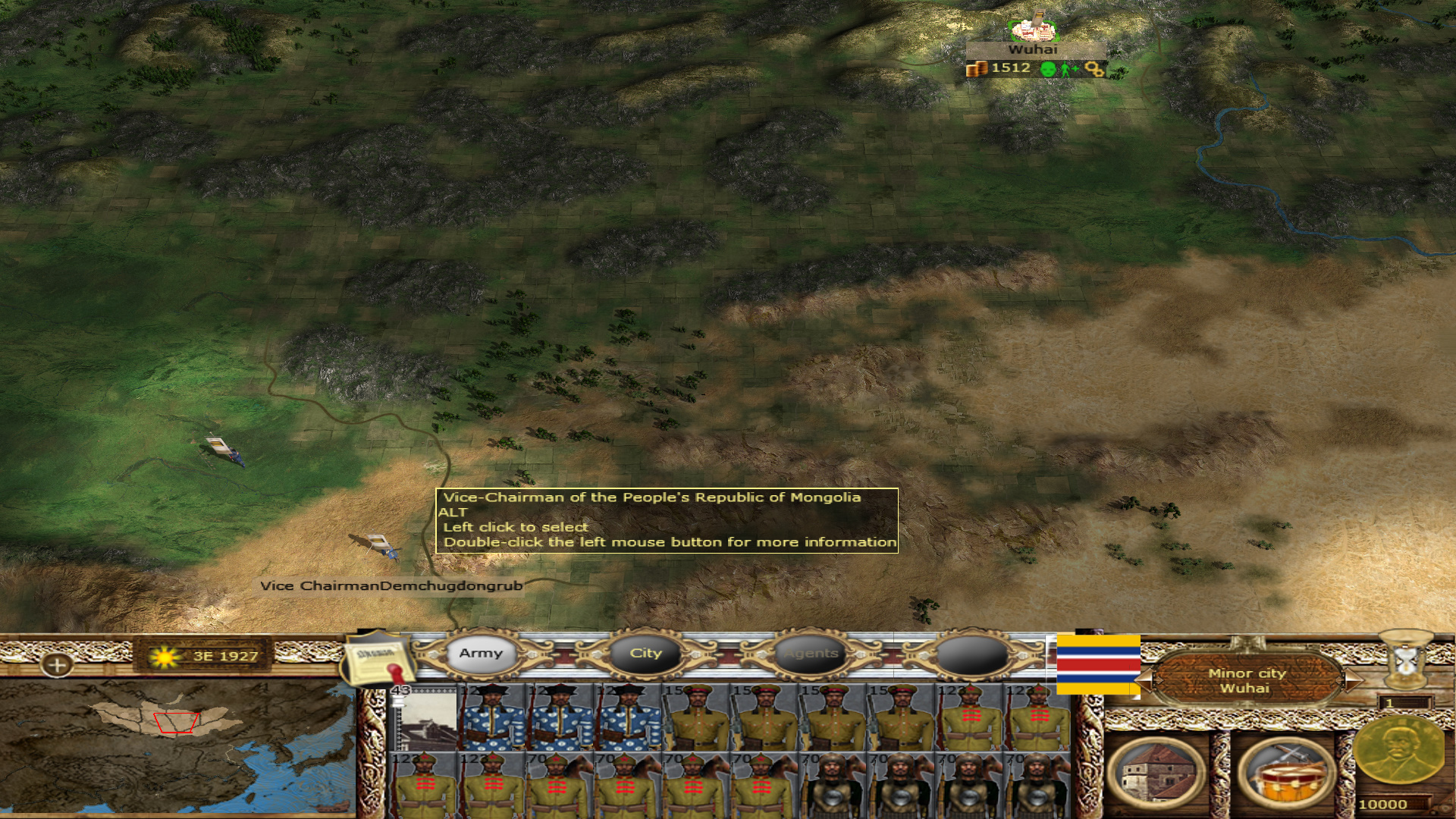 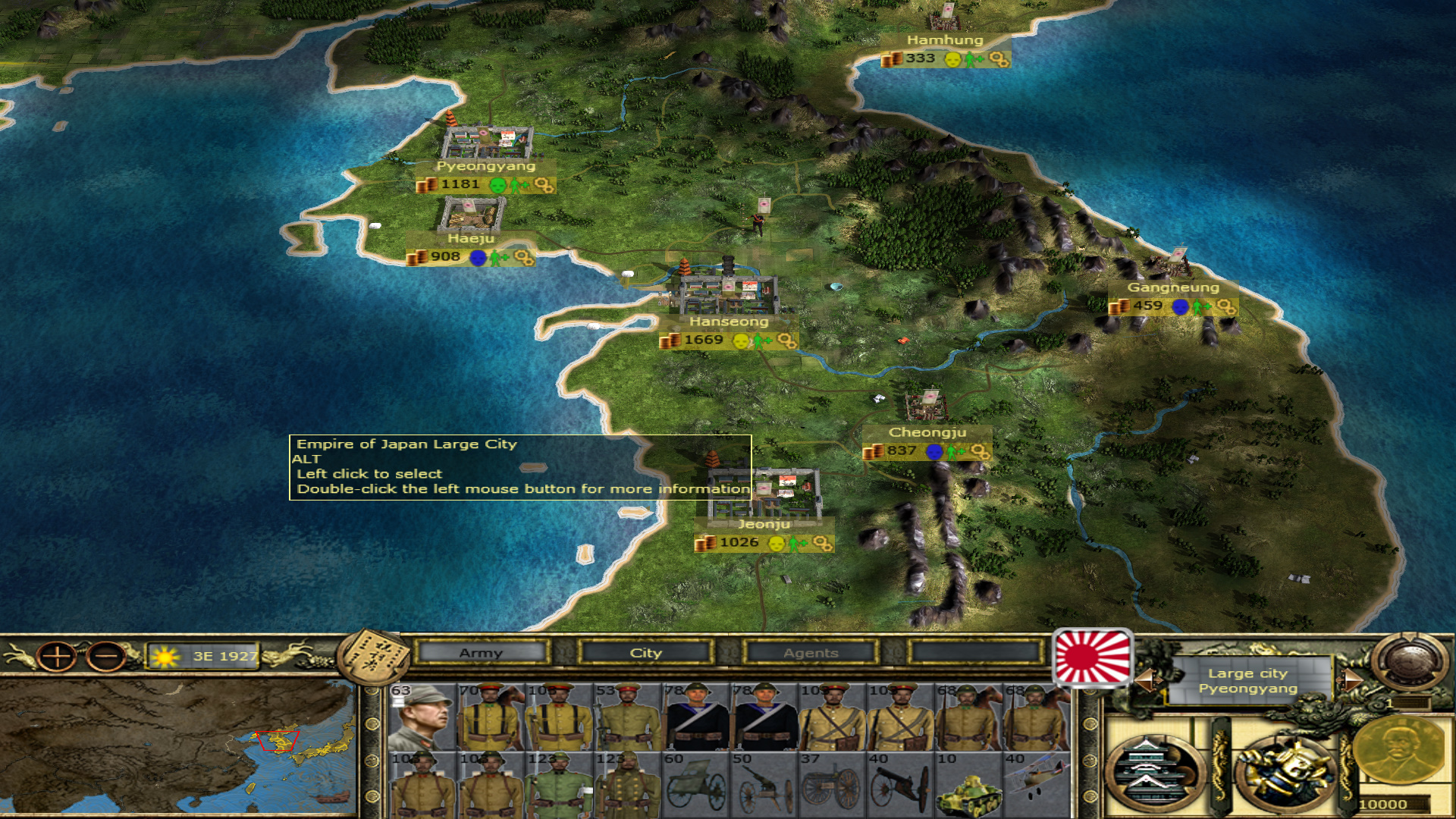 8. I've added new animations for the Planes and tanks in order for them not to crash when entering melee battle. The tanks got new riders with new rider animations, and the planes got the same plus an additional new animation from Hyrule Total War. The new animation for the planes make them move around in circles instead of just being still in the air. 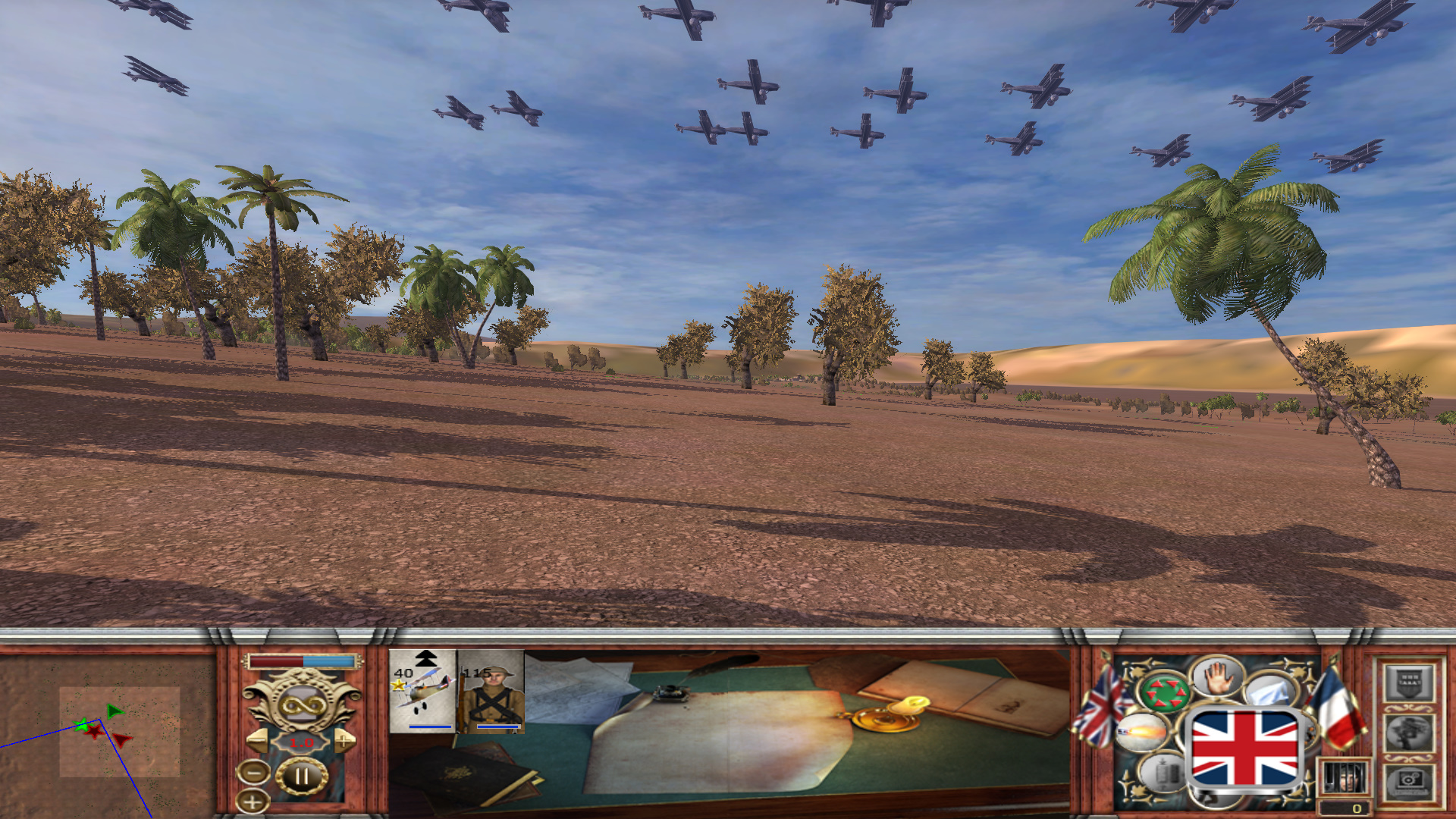 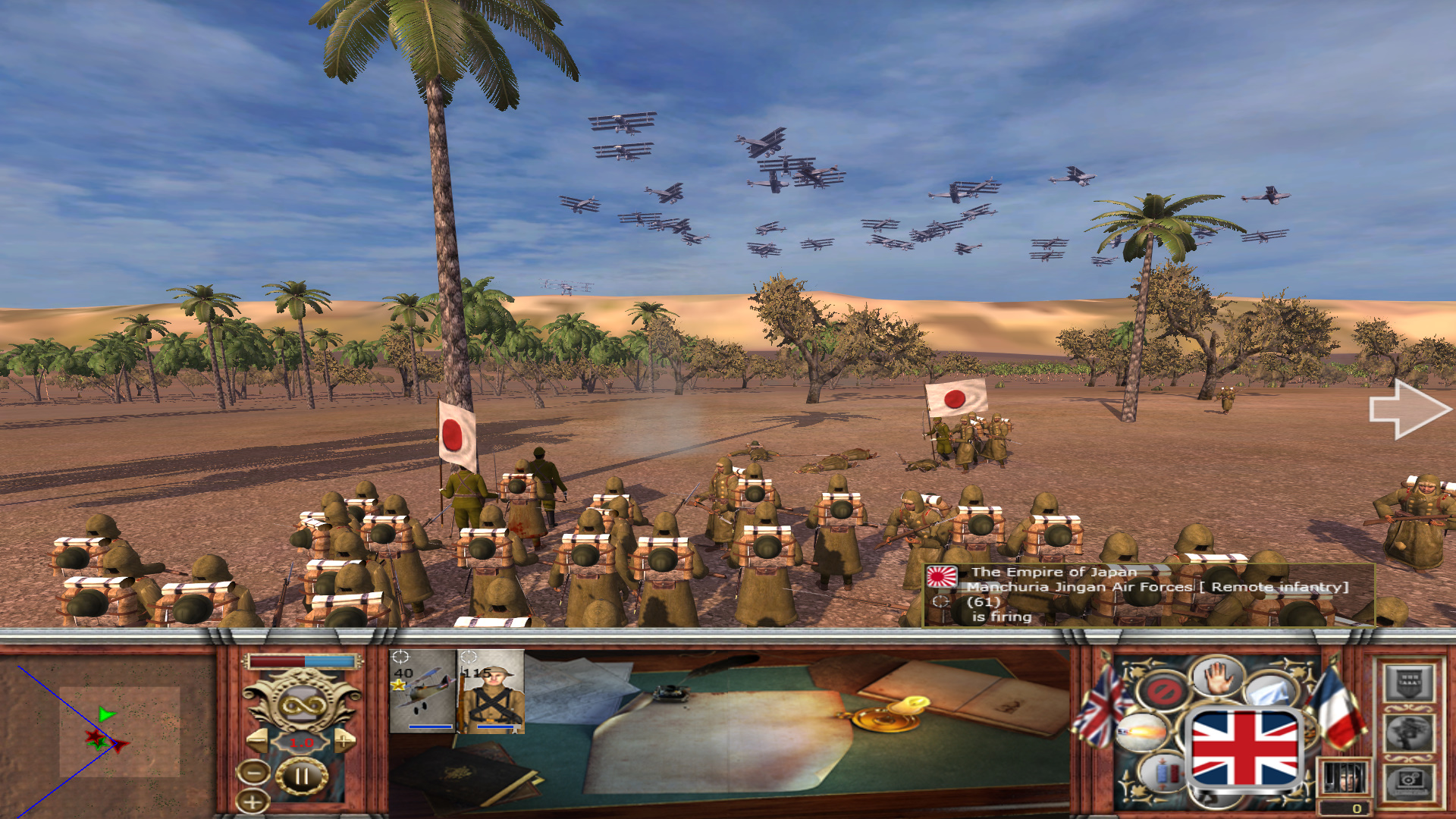 9. I've implemented a new Japanese Ha Go tank to the Empire of Japan, unit rigged by Dagovax - the creator of the Rome: Total War: Barbarian Invasion mod called "Total War: 1942" - as he wanted to try rigging a tank for Medieval 2. Model has no moving turret but i know that it would be possible. (PS: Permission is granted for anyone to use this tank for any WW1/WW2 inspired mods). 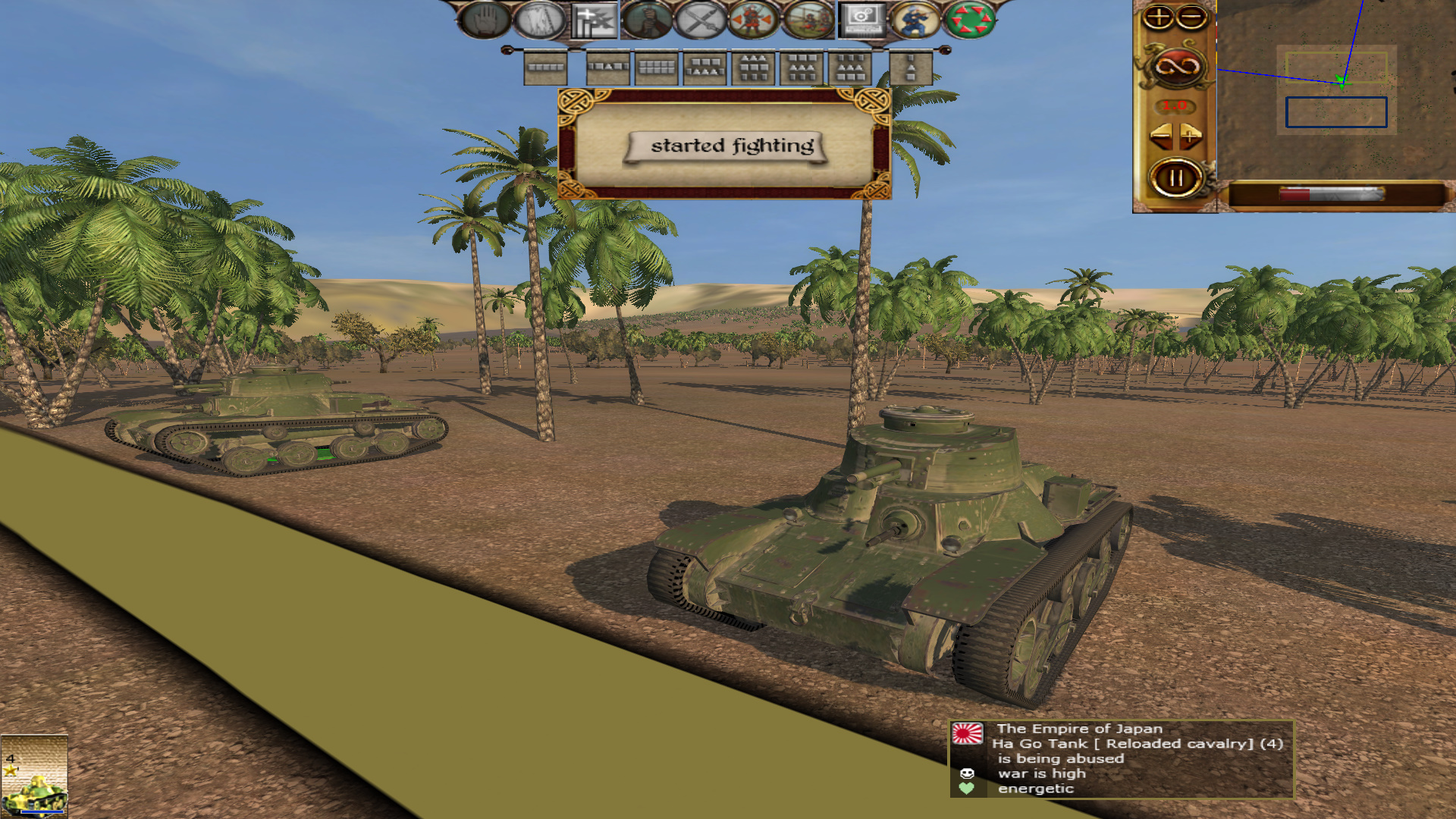 I hope you will enjoy the new version released for the English audience, while it doesn't have all those wonderful variations in tanks, planes and mechanized units as previewed in some of the earlier pictures (version 1.2 of the mod released in Chinese only on Wanmod has these units) it still is improved compared to the older 1.0 that didn't even have tanks nor planes. Unfortunately the 1.2 version is not available for free so i had to use 1.0. 1.0 is also the only version translated into English. I would be willing to port the other tanks and planes if that version became available. Maybe even port the new features.

I have also recorded a video previewing this new 1.0 version:

Voice Shen XU and Moon and Stars - The full Republic of China 1924 1.0 original mod in Chinese.

Vietnamese MODDB-user Dallians - Bad translation of the mod into English.

Mr_Nygren - All the work on the octobre 2017 release into this version - fixing, implementation of tanks/planes/animations, new cards, new garrisons etc.

I have solved the problem with the translated mod "Republic of China 1.0" not starting, and for those who downloaded the Medieval 2 upload provided by...

I did get access to a badly translated English version of the mod "Republic of China 1924" back in octobre 2017. A Vietnamese guy had uploaded it on Mediafire...

This is the fixed ming daoshi strat-model - required for most Chinese mod campaigns to work on Western systems - including for this mod Republic of China...

Animations required for most Chinese mods!

Hello, you'd need these animations in order to play most of the chinese mods found at the Wanmod-site - including for this mod Republic of China 1924...

mod keeps crashing whenever i start a battle. ive downloaded and replaced the animations folder on medieval 2 folder first, but it crashed. then i also replaced the animations folder on the mod itself but it again crash. i dont know what ive done wrong but the game keeps crashing whenever i try to play a battle scene in quick battle, custom battle, or campaign battles. can anyone help with this?

You do need to patch the Medieval2.exe and the Kingdoms.exe with the 4gb patch as well.

Is there any Korean independence army that is a rebel army in Japan in this game?

It keeps saying that I don't have kingdoms.exe when I got it, how do I fix that can anyone help?

You need to edit the .cfg-file of the mod and change the Kingdoms.exe-line into medieval2.exe - alternatively copy your medieval2.exe in the main game directory and rename it to "kingdoms".

Hi,dear uploader.
I was wondering if you had the 1931 mod files,and if you know any websites(include chinese one) that can download this mod please inform me.I'm an overseas chinese so i understand the chinese words,i was looking forward to newer versions of this mod.
Thanks.

Hello, I had access to many of those Chinese mods in bad translations by a Vietnamese guy. I usually avoid the Chinese-language mods - but I had 1931 in Chinese until recently because it took up space.

Greetings. Just a quick question: Will I be able to play vanilla and other mods once I replace the original files for the ones within the "Animations" folder? Please enlighten me. Much obliged. Cheers.

Does it randomly chrash for you right-clicking on some units?