A
fter I finished my first map The Harbour I'm working now together with Hamers, Pat21 and Jaco_E at the next level.
They'll help me with the FlowGraphs (Hamers), Cutscenes (Pat21) and the AI navigation (Jaco_E).

The four most important features are the story, the rain scenario, the teamfights and the different gameplay parts.
I have written about 11 pages of dialogs an they all will be synchronised, but only in german with english subtitles.
By comparison - the harbour has only one page.

The map will be played in a big valley with banana plantations in the centre. You start in a cave, before a huge waterfall plunges into the depths of the valley. After leaving the cave, you are in the valley, but you first go separate ways from your team because of a special assignment, but later you regroup in the banana plantations.
You will fight alongside Major Cafferty and the Marines under his command. I think it's important that the player has access to a variety of gameplay situations, so there will be a tank battle, and a short stealth mission too.

R
ainy Days will not be like a normal singleplayer map, (Which is basically running across the island and killing all the enemies), it would be more like my first map ''The Harbour''.

It should include something special with the team battles and the rain scenario. There will be nice level design and very good gameplay, unlike other maps where is an awesome amount of Level design, but it does not have any exciting gameplay situations.

M
onths ago we started an alpha test with a few people from Crymod.com and Crysis-hq.de
Most of them are enthused and we got some great feedback to improve the level and fix the bugs.

quote: Originally posted by VengenceBot
definitly worth the wait! the level design is superb!

quote: Originally posted by Jodob
It's ingenious how they create such an absorbing atmosphere by using the normal assests like palms or banana plantages... The interaction with the NPC's and the world is very dynamically...

quote: Originally posted by Dxslayer
... you guys really did make the atmosphere depressing, especially after that one scene

of the Rainy Days trilogy began in a harbour in the night. In Rainy Days you played from the morning to the midday. With Wreckage we're going back to the roots and after a long day for Nomad and Major Cafferty they'll fight for their live in a harbour again! 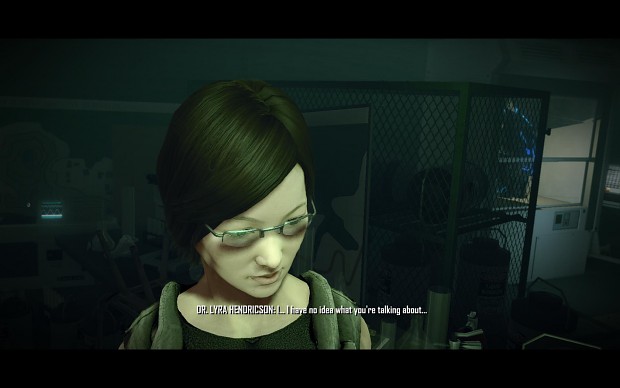 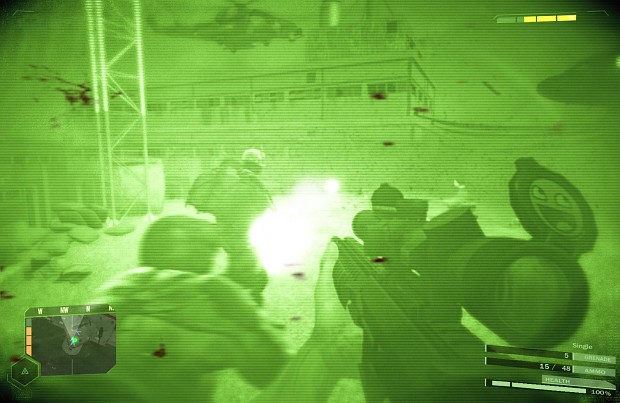 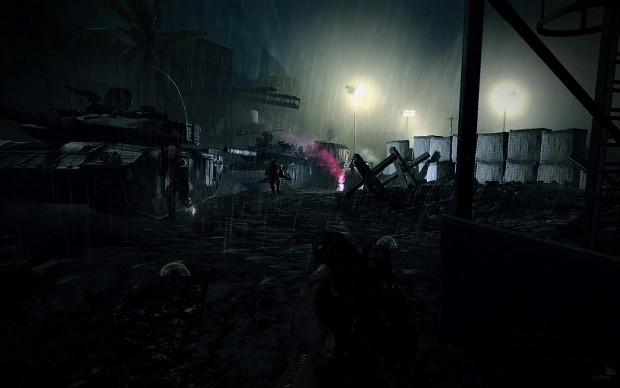 That's it for todays update, we love to hear your feedback and stay tuned for more. :)

Hello again! This week we have some new ingame media for you!

For all Rainy Days fans... edit Rainy Days by yourself now! These are the editor files of Rainy days which allows you to open the map in the Sandbox.

Wreckage for everyone and Crysis for free!

Did you know that Crysis:Wars is free downloadable?

Just seven months after "Rainy Days" was released, Wreckage is on the way to end the trilogy!

Take a look about our shoulder and explore the secret material that was created with the CryEngine 2 during the development about two years. [Only in...

A testmap I created at the beginning of the planning phase of Wreckage. Edit, copy or use it for whatever you want. (Not playable ingame!)

The editor files of Rainy days which allows you to open the map in the Sandbox.

Rainy Days is the sequel from"The Harbour" thrusting players into an exciting story driven mod with teamfights and rain scenario.

hello, anyone knows what everything needs to be done on the meadow with the tank? i've cleaned like everything on the map but i don't get update to objectives

can't proceed further in the mission, the scripting sucks in this mod :)

"The Harbour" is here: Moddb.com

Same as Gustav. Amazing trilogy but is there any place to download The Harbour mod? I can't find it anywhere

Can you please give us another link to the download of The Harbour? I can’t find it anywhere and the one here takes me to the CryEngine website’s forums and it has sadly been deleted.

At that moment when a player attacked by 3 helicopters, the game's performance drops to almost zero. The graphics settings are practically irrelevant, the game may also crash with an error. It is impossible to play. I have i5-4670k with 16 Gb RAM and R9 280 3Gb VRAM, and this mod look like playing on calculator, lol.

Ugh, lots to say about this. While the map design is top notch and the mod even features professional voice actors (German speaking with subtitles) the scripting and the gameplay is the worst Ive ever seen in any game or any mod. It is as if the devs tried their hardest to make the mod the least enjoyable possible and how to make it impossible to finish it even in godmode. Most of the decisions the mod makes for you dont make the tiniest bit of sense. Example: you get attacked by 3 helis (and some number of foot soldiers). Script tells you to jump on a truck, man the MG (gauss MG, nice, cant turn 360 degree, wtf), and to make it even worse you get driven around by another dude. Even in godmode it took me like 5 attempts. A couple of times the truck just flipped over and I couldnt hop out of it. Another time one of the helis got stuck behind a hill and it was impossible to shoot it. And of course without godmode there'd be no chance in hell to stay alive. Utterly absurd. Who designs such complete crap and thinks this is awesome?

Great looking mod. Unfortunatly the scripting sucks terribly. Unplayable on hardest difficulty. Even godmode wont help because even if you cannot die your AI buddies will and your missions will keep failing. Saving in the mid of a mission will almost certainly mess up the script, so you will play the same 10 minutes of ridiculous gameplay over and over again until you finally give up and go to the forums to vent your fury.

Hi. Im crysisphoenix and I downloaded this mod from Desura. I can access it, but when I go to play it, the loading bar reaches 100% and freezes with the music still playing. When I activate my task manager it shows that an Error Message is present and reads "Nomad intro failed......FLOWGRAPH DISCARDED....etc."

I've also had the same problem with another Crysis mod: Lost Control. if you need I can provide the exact details of the Error Messages.

Any feedback would be very appreciated for i am looking forward to playing such an awesome looking mod.
Thanx

question. would this work with warhead since crysis and warhead are technically the same thing?

No, it doesn't work.

PREDATOR - THE HEAT OF THE JUNGLE Crysis