You are Adrian Shepard.

Trapped inbetween worlds, where time does not exist, forgotten by the G-man you now wander your past, reliving events of the Black Mesa incident over and over again.

You have to escape, being trapped here for so long has left you broken, maybe even insane. You hear voices, ones from your past and even some that shouldn't belong to you, as if your reality is crossing with another... Freeman, he was the cause of all of this and now you even have his memories.

You are now split, part Shepard, part Freeman. Your own brothers in arms see you as a traitor and black ops still see you as a marine they need to dispose of.

Fight through aliens, marines and black ops as you travel through the Black Mesa facility reliving both yours and Freemans memories. Travel the transit system, open up portals to Xen and run for your life in the cramped underground facility.

The first map was mostly intact when I found the files so it was just a matter of making sure the portals were ok, double checking the sound files were working and playtesting it to find bugs.

The second map was less finished but after a few days of testing, modifying and testing again I can safely say it's now playable but my playtesters haven't done their tests yet so i'm unsure of any bugs. I knew people would find a way out of the map no matter what I did so instead, having been a DOOM fan for most of my life I left little secrets around the map, some text here if you get out of bounds, a secret rocket launcher if you can find a way on the roof, and some not so nice secrets such as accidentally making high level aliens spawn if you mess around too much. 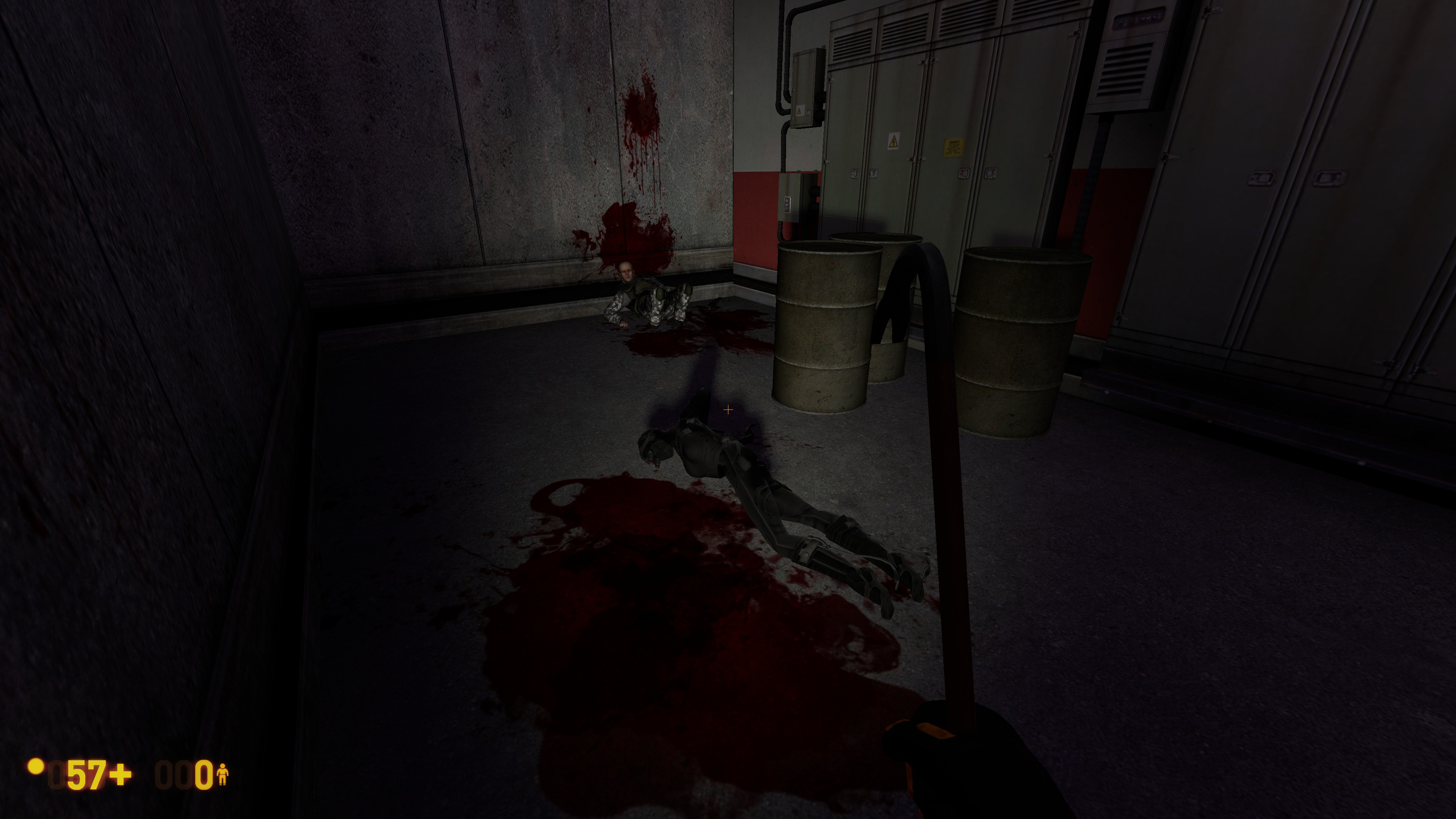 It was fun though! And now it leads into level 3 quite nicely. However level 3 is where things now get more tricky... The map is barely functional at all, it's from a very early build of it so there's no textures, no enemies, and the sequence I made for the tram doesn't function. So I feel like this is going to take up the next month or 2 just getting level 3 working. In the mean time I'll have some playtesters check out the first 2 levels and then I'll upload those as a demo while I'm working on Level 3. 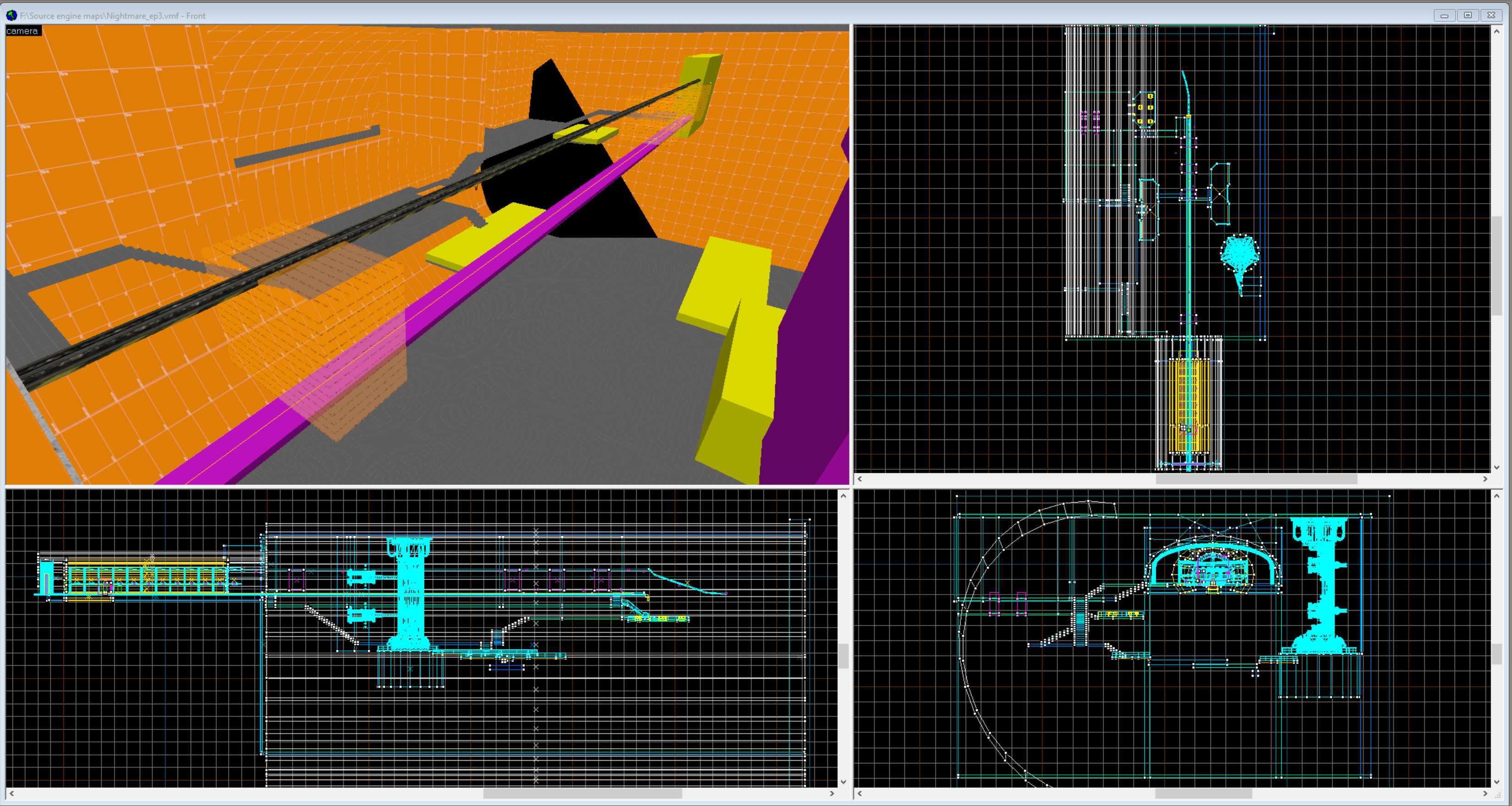 Be Adrian Shepard as he is trapped reliving the Black Mesa incident in this action horror survival mod.

Is this mod live?

That's sound like an interesting concept, and a truly terrifying one too ! I will make sure to follow this mod progress =)

This looks great!
I have to say though, the name PTSD Nightmare does not sound fun.

Yeah the name was a placeholder since I needed one to upload onto the site, It was the first thing that came to my mind since he's trapped in his memories reliving the horrific events of the black mesa incident, it sounded like a decent analogy if not too on the nose.

Will be so great to play Shepard again ! it's a long time I think that this character deserves a new story ! good luck !

Thank you! I need to relearn a few things annoyingly as some of the files have since been corrupted, the green hud is completely broken sadly and a couple of the guns don't have shepard hands but hey if it were easy then everyone would have done it by now haha

So it's kinda like the best of hl1 and op4 but you get to fight marines either way?

That sums it up pretty well!

Interesting concept, that's for sure!