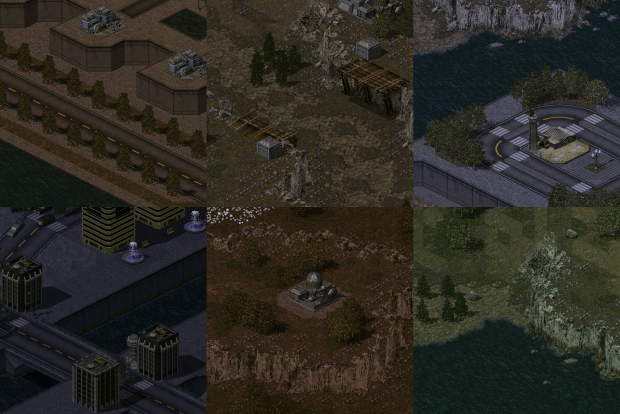 I WANT THIS MOD! Any chances for testing beta or alpha?

i want that test that too

Introducing Project Phantom's fourth terrain theater. To an extent, a combination of Temperate and Tundra, mixing grasslands that have seen better days with with wet dirt and rocky landscapes.

This theater's urban tilesets are unique in that they primarily use a dark pavement style in contrast to the lighter concrete used in other theaters.

All of the images are from existing skirmish/MP maps in Project Phantom. Expect to see this theater used for more things in future, such as mission maps set in cities in Dominion-controlled territories.