Here it is, after long last. 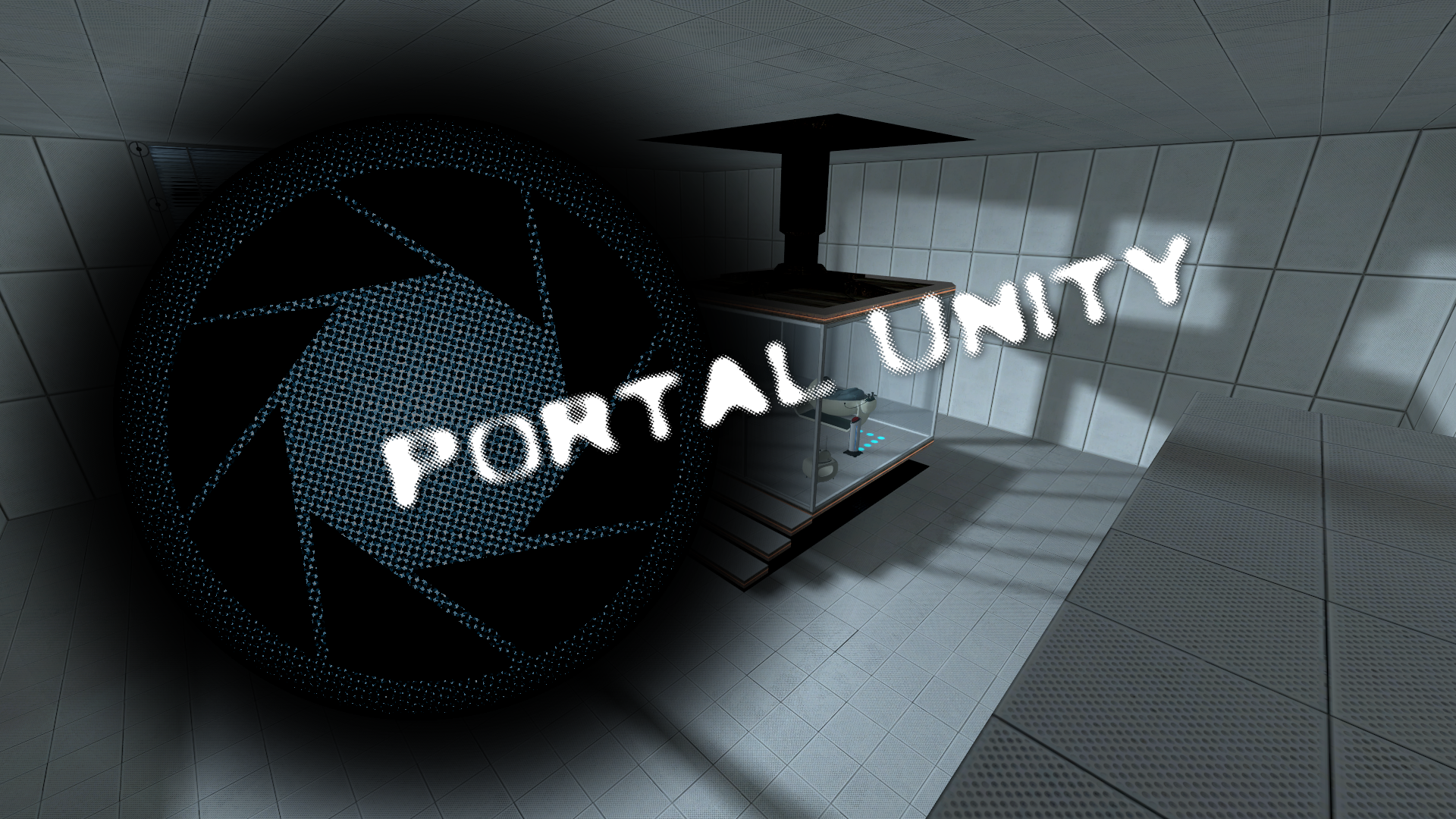 It's been 10 years since Portal: Unity was released... it's about time for the reboot.

I know it's not everything people wanted it to be, but I hope you can enjoy it for what it is anyway :)

So 10 years ago a Portal mod got released, by Still Alive Studios (Rorius and GalacticMuffin), called Portal: Unity.

Now it turns out I got permission from Rorius to make a sequel!

I honestly had no idea when I first presented the idea to him, that it was the 10 year anniversary of Portal: Unity. But it was good 'till that day lasted.

I started working on this a few weeks ago, not a lot is done yet, but I can at least tell you that I'm completing chambers faster than I thought I will. Currently, I'm the only one really working on the mod, however, I got a huge amount of help from OrinjiNeko and JustTheJosie. (Two awesome people already known in the Portal/Portal 2 modding community)

Currently, I'm suffering from a lack of inspiration, but hopefully, it will recharge quickly so I can get back to making new chambers.

We also have a Discord Server so if you want to get more frequent updates on the mod, then come and join us here: Discord.gg

Thank you for reading this little devlog post, and hopefully, I can present more stuff in the near future!

10 years after the original release, the reboot is here!

I showed off some of the progress on the mod on a stream!

You may not know, but I promised a trailer a little while ago... This is not that trailer, enjoy! ;)

The reboot is finally here, and you can have a say.

This is the final version of Portal Unity Reboot (v0.9)

This is the final version of Portal Unity Reboot (v0.9) This version has some of the music disabled to avoid copyright claims for people wanting to play...

I want high energy pellets instead of lasers, please. Portal Unity: Reboot is for Portal 2, but with all portal one's stuff in, not Portal 2's stuff, Please try again.

No no, Reboot isn't "for Portal 2, but with all portal one's stuff", it is the original mod re-contextualised into a Portal 2 mod. I always intended to change the mechanics to Portal 2 mechanics. If you want high energy pellets, you can make a mod of this mod and put them in yourself ;)

Well, I'm Portal2Player's fan on ModDB, and on Steam. But if I'm going to do that, I'll need to borrow some of these maps that has lasers instead of Pellets please.

how to you play it? i downloaded it but i dont know how to play it

i forgot after that restart your steam

put it on C:\Program Files (x86)\Steam\steamapps\sourcemods

Thanks for letting them know for me, I appreciate it <3

uh, when I wake up, there is no one there. I cant hear anyone. plz help,

Yea, I left out the dialogue cause it was unchanged from the original and some of the lines no longer made sense in the context of the new puzzle elements.
If you want to re-enable them, they still exist in the game files, you'd just need to move them out of the 'lock' folder in the mod files

there is no "lock" folder