READ THIS: This project is on an indefinite hiatus. I'm not abandoning it, but I've got a lot going on right now, so I can't work on it as much as I'd like to. Sorry!
If by some chance I don't return to this project, I'll release the work I have so far, in case anyone wants to pick it up.

This Portal 2 single-player mod will be a reimagining of the original Portal, with updated chambers and visuals.

Hi! This mod just got approved today so I thought I'd share my plans.

As of now, this mod is being developed solely by me. I created this mod out of personal interest; I wanted to see how well I could do.

I've already planned most of this mod, and I've started mapping the first few chambers. For now, I've decided not to use Portal 2 testing elements, because I believe all P2 testing elements were created after Chell's escape/during Portal 2.

"This next test involves discouragement redirection cubes. I'd just finished building them before you had your, well, episode. So now we'll both get to see how they work."

The screenshots I've uploaded show maps in an early state. They aren't detailed yet, or heavily modified from their original design (and they may or may not change from that), so please wait while I work on them! I'll try to show progress as often as possible.

Other than the chambers, I've begun to add other essential things to the mod:

I've readded signage to the test signs (these signs are using vgui_screens, not the models Valve created): 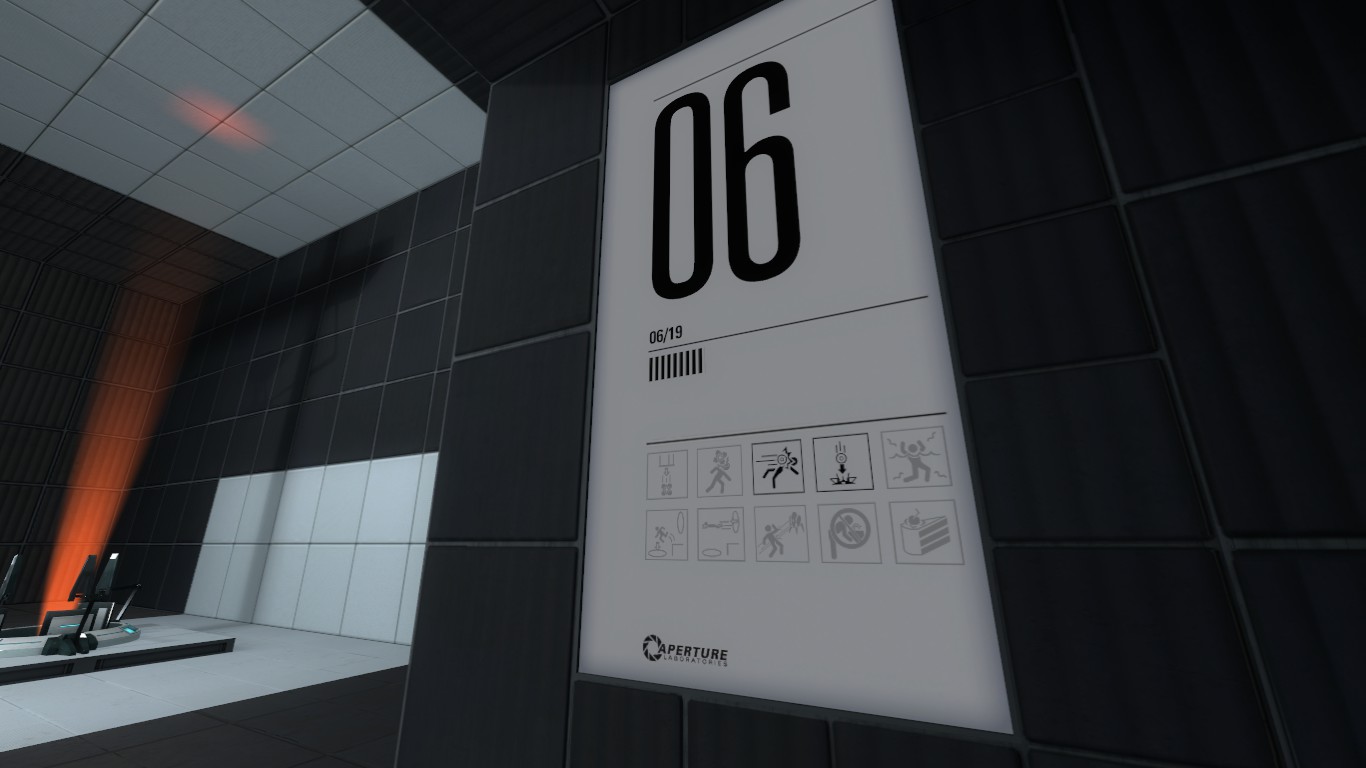 Scenes and camera speeches are implemented:

I've worked a bit with particle systems to recreate the "charging" of the portal gun as well.

I have not started any texture work on older models yet, and new music won't happen unless someone would like to help with that.

I am very open to ideas/criticism for map design (or anything else!), so feel free to comment with your thoughts!

...And it's dead. Shame. If only SDK weren't so difficult or unstable to use, I'd make this myself.

Have plan to continue this project?

Man, this is beautiful, just beautiful! This is the very thing I've been looking for since 2011. I really love P2 level design and after it I can't play original Portal because it's look kinda old and... not-so-futuristic, I guess. Hope this mod will reach the release! Best wishes from Russia! Awesome, man!

GOD DAMN IT! HOW COME WHENEVER SOMETHING LIKE THIS COMES AROUND, THE JACKASS WHO MADE IT CANCELS IT?!