A mod developed by Vornne based on M&B warband engine which is designed to create a realistic medieval world including a faction system with build-in diplomacy and a full economy with a harvesting/crafting/selling system. In PW, with server populated by hundreds of players, fight for your own life and build your own legacy. You will be able : - Harvest crops, cook food, drinks and hunt down animals for meat. - Craft weapons, armours and horse out of raw resources. Do you part in the economy to provide gears for others players. - Wage war for territory and capture enemy castles - Master a huge map and build your own empire. 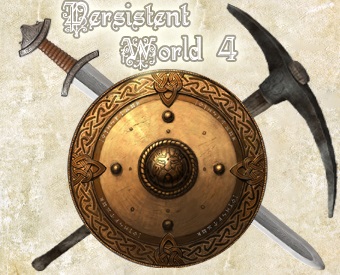 Any change log? 2 years of silence then a sudden update... I am intrigued.

Just one thing, is there magic implemented in this mod? I love me some fantasy
;-)

No, there is a ton of game with magic, don't try to import this sh*t in MB please

Taleworlds forums is the go to place for all PWmod news. I guess the creators dislike using moddb for communication.. Forums.taleworlds.com

The world had gone silent... BAM! NEW PW SAVES THE DAY BY HAVING A SUDDEN UPDATE! Is it all as it seems?

can someone help provid the correct latest module name for PW_server_start.bat file?

the unique server with this mod have another module lol :-P

dead game, no servers to join