Total Conversion (mod) for the game Amnesia: The Dark Descent. Penumbra: Necrologue is a continuation of the Penumbra series made by Frictional Games. The game starts right where the last game in the series ended (Penumbra: Requiem). In our game you will see new objects, quests, textures, monsters and music. With the help of the latest HPL engine, this mod will be even more beautiful then the previous games. As huge fans of the original games, we kept the atmosphere exactly like the previous parts. The game is very story-driven and contains many objects that can be interacted with, along with clever puzzle designs. 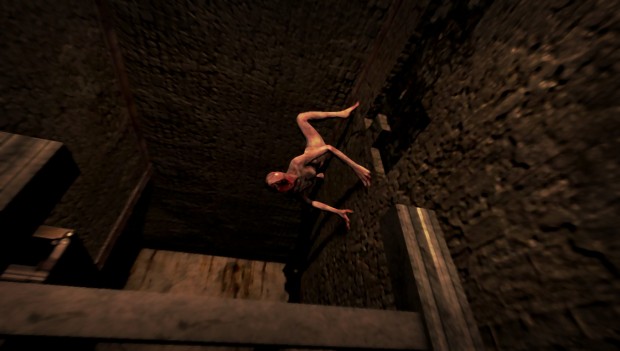 Why hunter was removed from the original game !? He was a great idea !!!

fffffuu this, ain't going that way..

When i saw that the name of this update was "hunter" i knew exactly what it was, gave me shivers immediately.

If possible within the engine's subroutines, you should make a complex ventilation system allowing the hunter to appear from several openings in no scripted order or pattern. Routing similar to actual hallways and of course there should be exits in the "safe" places people would normally flee too :3 It's the one thing that could've made Doom 3 actually scary.

Finally! and I've had to mod my Penumbra game to have this guy

people who think of this stuff mind twisted lol

Hey this is a Monster with capital M. Is it able to run the walls or is the player camera just turned 90 degree angle? :)