About a legend, there are many stories, but a youngster should not be underestimated.

If we can talk about a legend, high in the sky, hunting in the clouds, then it is the Mikojan-Gurewitsch MiG-29. This multirole fighter, that was produced and designed in the Soviet Union and drives his evil since 1977, gained entrance to OPK.
The serbian variant of the MiG-29B, that will teach the fear to KFOR forces, with six AA-11 "Archer" air-to-air missiles and two FAB 500-M62 unguided freefall bombs.
Now the dreamteam of the serbian airforce is complete and the MiG-29 fits well into the picture between the MiG-21 BIS and the SOKO J-22 Orao.

About the model:
This MiG-29 is a standard BF2 Vanilla model, which only got a new skin of DaWallace and became a new coding from Nightmare to fit this jet in our OPK gameplay and jet-settings.
The armament of the MiG-29 isn't like the real one and maybe this aircraft also gets another armament. 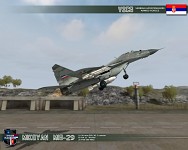 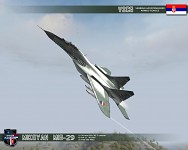 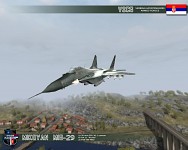 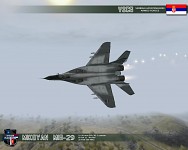 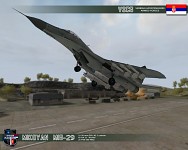 If we speak about the youngster, we are mean the Eurofighter Typhoon. Still very young in the German Air Force, the multi-role fighter will probably have to prove not only with OPK. But we should not underestimate this Baby, as it comes up as the MiG with six air-to-air missiles of the variety AIM-9 Sidewinder and two unguided freefall bombs Mark 82 (MK82).
So he will find himself as the direct opponent of the MiG-29 on the maps and he has to dogfight with the MiG-29 one or the other times.
What do you think, who will be the winner here? The legend or the youngster? We think this decision will be up to you. ;)

About the model:
This is even a BF2 standard model from the addon Euro Forces and DaWallace added some details and changes to the skin. And the coding for the Eurofighter Typhoon is the remit of Nightmare. 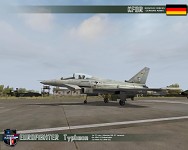 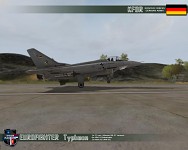 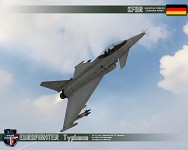 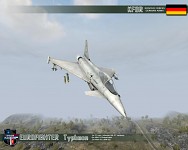 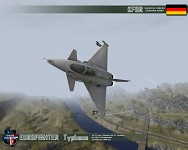 Finally, we would like to publish the planned release schedule, which will now be incorporated right into the 0.4 and what things can be introduced in the following versions only.

It wouldn't be an even versus matchup.
The MiGs were in bad condition through and through and I'm not sure if the Eurofighter even played much of a roll back on the assault so it maybe semi fictional.

All things in our Mod are fictional

So you guys are gonna add the Brits as a new faction?

Those are some sexy aircraft. But as always, Mig29 for the win!

I like both aircraft, very detailed, nice. Although Eurofighter wasn't even in service back in 99' and our MiG-29s were blind and badly maintained, but since u said its fictional then its ok I guess

Finally! xD! Cant wait to dogfight in those planes!